At what must be one of the most beautiful venues on earth to have a conference such as this, we’ve got Mobile World Congress 2012, a yearly event which takes the whole world’s mobile device market and gathers it up into one big week-long masterpiece. Of course it’s not as perfectly simple as that, and if you’ve never been to the event or have never tried to follow along with the news that spills forth from it before, you may very well have a hard time fitting all the pieces together. That’s why we’ve got this easy to read, easy to decipher guide for you to work your way through all of the devices and services announced, displayed, and teased during the events – have a look!

What we’re going to do here is separate everything by brand. First there’s a big set of smartphone and tablet manufacturers, then we’ve got Google, then the big processor manufacturers, Microsoft, and the rest. I should also let you know that we’re not quite done yet here, with a selection of other oddities still up our sleeves set for release over the next few days as well. Continue checking our [MWC 2012 portal] for the full pack!

One of the first events we attended was an LG booth preview, this meeting / miniature keynote had us also able to check out the full line of devices announced the week before MWC 2012 by LG. We were able to check out the full LG Optimus L-Style family including the L7, L5, and L3 in all their mid-range glory. Next we had a peek at the all-powerful LG Optimus 4X, a Tegra 3 toting next generation smartphone following up on the original world’s first dual-core smartphone, the LG Optimus 2X. Another follow-up nest-generation device we got to handle was the LG Optimus 3D Max, and the LG response to the Galaxy Note, the LG Optimus Vu, a massive smartphone / tablet hybrid with a 4×3 height x width ratio. 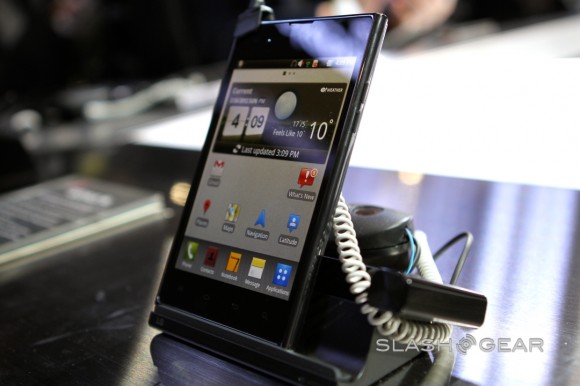 Sony decided to doll out a couple more Xperia devices, each of them slightly unsurprising to a fine degree. We first got official word that the Xperia P existed, then got a hands-on experience with the device. We also finally got to handle the fabled Sony Xperia U in all its square goodness.

If there was one smartphone manufacturer that brought their A-game and threw it all out on the floor, drew a line in the sand, and said “let’s do this thing”, it was HTC. They both introduced and described their brand new hero line of devices, HTC One. This line of devices features high-quality sound from Beats Audio, fabulous high resolution and sharp displays, HTC ImageSense for fabulous photos inside of Sense 4.0, and a high quality overall experience in each device. The devices dropped like this: first there’s the HTC One V – the lowest spec’d device with a classic shape. 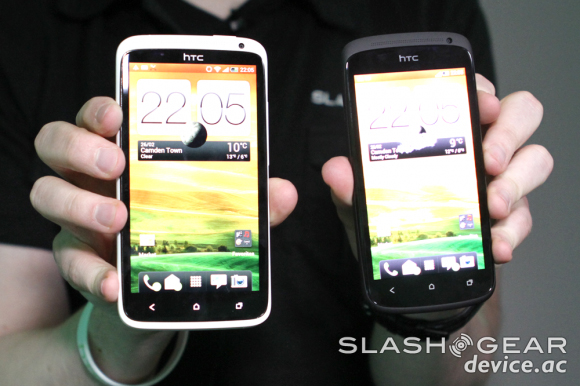 Nokia was another fantastic force this year at MWC 2012, not least of all because of their awesome set of booths which both showed off their devices and provided press and brand friends an excellent place to work and relax during the week’s madness. The devices Nokia dropped were pretty neat too, starting with the Nokia Lumia 900 DC HSPA Global Edition which we also got hands-on time with. There was also the physical keyboard toting Asha 202, 203, and 302 which we also got hands-on time with right after the release event. There was but one mid-range touchscreen device from the group in the Lumia 610 (hands-on), then the giant game-changing device that rattled the whole event was the Nokia 808 Pure View complete with an undeniable 41 megapixel camera on its back – have a look at our hands on with 41 megapixels as well, and head to our Nokia MWC 2012 round-up for a different guide to the awesome madness. 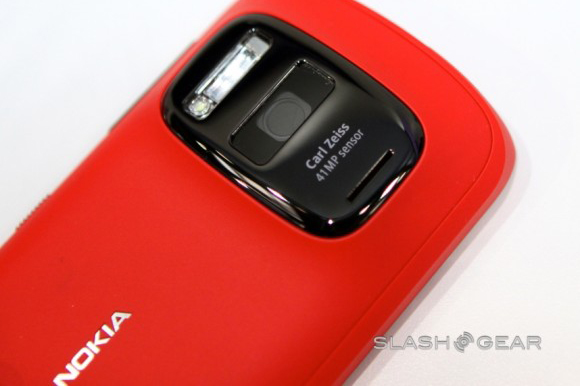 Three companies that brought one device each that triggered our “must touch” sensors were ViewSonic, Toshiba, and Panasonic. For the first manufacturer it was for the ViewSonic ViewPhone 4S, complete with an ultra high-resolution display and the ability to use two SIM cards. Then there was Toshiba with their unnamed NVIDIA Tegra 3 toting tablet complete with 7.7-inches of HD display and an ultra-thin profile. Then for Panasonic we got two hands-on looks t the ELUGA device, first in a classic hands-on experience, then with the dunking of the device in the water for good fun had by all.

The folks at ZTE surprised us with several new devices including both Windows Phone and Android in a wide array of configurations. Perhaps the most impressive of these was an NVIDIA Tegra 3 quad-core processor toting smartphone by the name of ZTE Era. We got hands-on with the ZTE Era as well as the Windows Phone Tango smartphone ZTE Orbit.

Samsung had a highly odd set of devices on hand for us to get hands-on experiences with including the Samsung Galaxy Beam with its cool projector top and the Samsung Galaxy Note 10.1 with its Galaxy Note abilities, S-pen (the tablet having no slot despite the silo on the original Galaxy Note,) and Galaxy Tab 10.1 stylings. For those of you looking for one solid device with no such super odd abilities on top, check out our hands-on with the T-Mobile Samsung Galaxy S Blaze, complete with everything you need for speedy daily living. 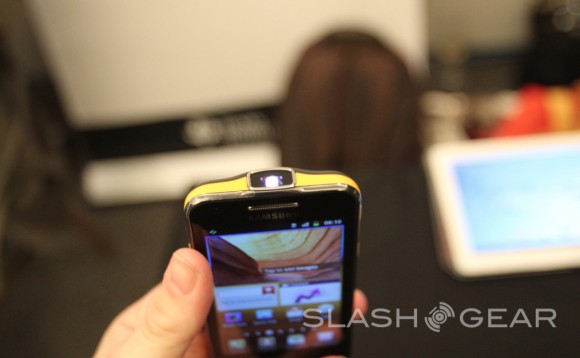 Two more groups that surprised us with some super excellent devices running high-powered processors were Huawei and Fujitsu. With Huawei we got hands-on with both the MediaPad 10fhd and the Ascend D Quad, a device which you’ll also see a massive amalgamation of this weekend in a post about the model they made specifically for and of this device. It’s a horse ascending into the air, all made out of the Ascend D Quad smartphone! Then there was the Fujitsu unnamed NVIDIA Tegra 3 smartphone which despite it having no finalized features just yet, seemed pretty impressive at the time.

ASUS revealed several new tablets in their now-named Transformer Pad series including the brand new 300 series as well as the high powered ASUS Transformer Pad Infinity 700 LTE. Then of course we got another glimpse of the ASUS Padfone, this time with a release date and a stylus headset! 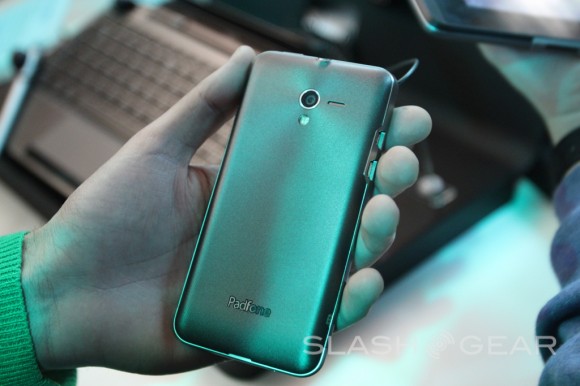 We covered the Google keynote for the Mobile World Congress main series of keynotes, of course, it having Eric Schmidt speaking on the development of the world for countries and communities that have no access to the internet at all. He also spoke on privacy and how Google Chrome as well as Android have it and continue to allow you the control to keep yourself as private as you like. He also spoke of legal matters and there were quite a few above-average quotable moments also, especially in the Q and A section of the keynote. Schmidt mentioned Google Bucks and 3D-capable personal robots as well. Check out our round-up of the Google keynote for all of this information arranged once more.

For processor power we go to see great offerings from each of the big powerhouses, first up Texas Instruments with their OMAP 5 2x dual-core SoC as well as information on how they’ll be teaming up with Harman and iRobot for future OMAP 5 toting devices. Qualcomm took some awesome shots at the competition with the Snapdragon S4 and Gobi 5th gen while we took a look at the Qualcomm Snapdragon MDP for S4 and spoke with the team, this resulting in the note that Intel is still uncompetitive in the mobile marketplace.

Intel certainly does appear to be taking a good run at the market recently, on the other hand, here at Mobile World Congress with the Orange Santa Clara Medfield phone in all its glory. Then there’s NVIDIA, which if you simply take a peek at our hands-on with Shadowgun Deadzone multiplayer, you’ll only see a tiny fraction of what we’ll be publishing soon – and don’t forget about the massive amount of Tegra 3-toting smartphone released this past week alone.

Microsoft took each of these chipmakers and put them all in one room together with the Windows 8 Publishers Preview, having a tablet each from each manufacturer to show off Windows 8 for the consumers of the future. We also saw the preview on a wide variety of computers and saw how it all works together as you would expect it to. The app interface was incredibly fast and fluid, the shoe system worked extremely well on tablets as well as any PC with the ability to run a USB stick. You can also download the Windows 8 Consumer Preview right this second if you’d like to. 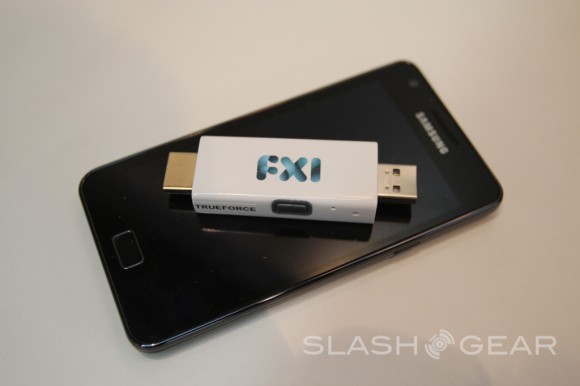 Of the oddities we’ve posted thus far, I recommend you check out the following: Skype for Windows Phone and MTV’s under the thumb Social TV for starters, then FXI Cotton Candy the world’s smallest PC to keep your sweet tooth hungry. You of course then must also view our look at the Neonode 3D touch for tablets and phones hands-on experience we’ve got along with the one vehicle we checked out: RIM’s own BlackBerry vehicle, the QNX Porsche 911 complete with BlackBerry phone and PlayBook tablet integration.

Again there is a selection of content still coming from our Mobile World Congress 2012 crew at the time of this posting, and you can catch all the action through our [MWC 2012 portal] for access to it all!