We’re currently sitting comfortable at Microsoft’s Windows 8 Consumer Preview event and will be checking out what Microsoft has to offer the public in just a few short minutes. What we’re seeing thus far is a collection of giant screens and tiny screens, everything from tablets to an HDTV sitting up center stage. We’ve already seen a bit of Windows 8 in the many early release versions of the software, now it’s time to get down to personal business.

We’ve gotten the opportunity to take a peek at a Windows 8 tablet already, and have certainly seen some pre-release laptops with Windows 8 on them at CES 2012, but what we’re seeing here is the full real deal as it will be brought to the public in 2012. Check with us periodically through the next few minutes and hours to see what we see as we see it.

Follow along with us via the MWC 2012 portal as well as the Windows 8 portal linked here: [MWC 2012] and [Windows 8]. We’ll be here for the full event as well as after to see any hands-on action if they do offer up such an opportunity after the show. Get ready for Windows 8 in all its official consumer release glory! 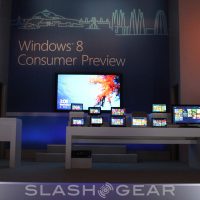 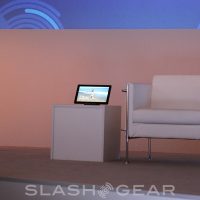 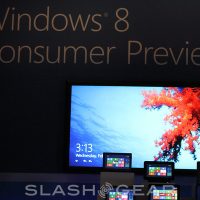 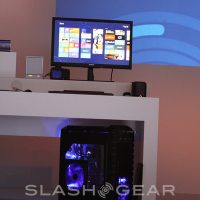