The original Panasonic ELUGA gained a bigger sibling this morning in the shape of the ELUGA Power, an oversized, faster version of the slimline Android smartphone. We grabbed some hands-on time with a very early prototype, and while Panasonic wouldn’t let us dunk it underwater as we did with the ELUGA, it was still enough to get an idea of where the company’s smartphone strategy is headed.

The screen may be larger – 5-inches versus the 4.3-inches of the ELUGA – and higher resolution, at 720p HD (1280 x 720), but Panasonic has managed to keep the thickness down all the same. At 9.6mm it’s a little thicker than the sub-8mm ELUGA, but the taller, broader chassis leaves it feeling just as narrow in the hand. 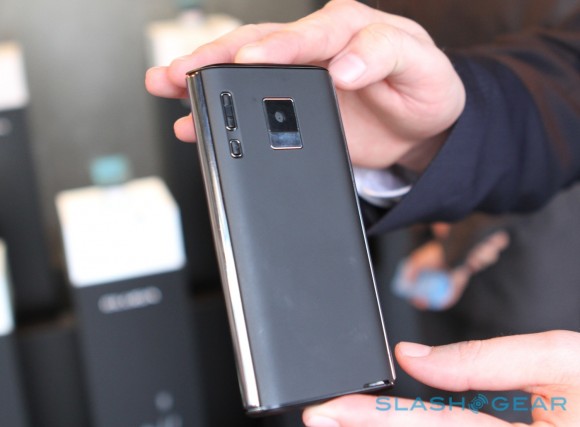 Unfortunately, Panasonic’s prototype schedule wasn’t quite in line with Mobile World Congress’ timing, and the ELUGA Power wasn’t really ready for prime-time. Of the three demo units the company had out, all were seeing serious software glitches in Ice Cream Sandwich. The remaining handsets were non-functional.

Still, even with underwhelming software stability, the speed of the 1.5GHz dual-core Qualcomm Snapdragon chipset was reasonably impressive. If Panasonic can get the battery in line – the 133g device can actually recharge to 50-percent in 30 minutes – with the performance then it could have a quiet contender on its hands. 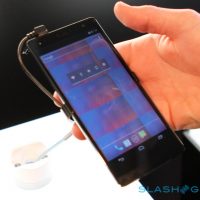 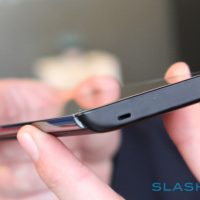 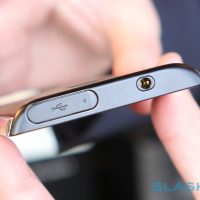 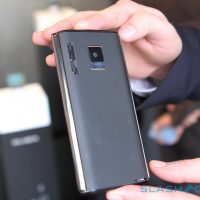 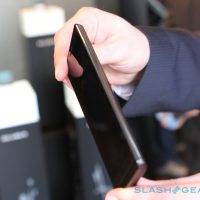