Nokia may have outed its latest Windows Phone variants and a fresh batch of entry-level Ashas at MWC this morning, but the real excitement is in the culmination of five years of camera development and the Nokia 808 PureView. The 41-megapixel toting smartphone certainly grabs headlines in the spec-chasing race, but in fact the real genius of PureView isn’t in counting pixels but what Nokia can do with them. The 808 PureView may not be for everyone – something Nokia readily concedes – but the PureView tech it uses is coming, at least in part, to future Nokia phones. That could truly be a game-changer.

PureView isn’t just about Nokia’s 41-megapixel sensor: it’s a combination of three areas, the sensor, the Carl Zeiss optics and the company’s proprietary imaging algorithms. In the 808 PureView those algorithms get a processor of their own to use, Nokia’s Head of Imaging Damien Dinning tells us, which is what allows it to crunch a billion pixels a second. 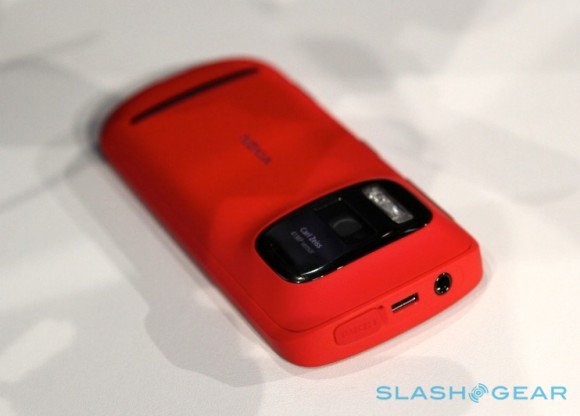 Carl Zeiss’ lenses have been used in Nokia phones on several occasions, but here they’re tasked with a camera that, while it lacks an optical zoom, has to deliver super-crisp digital zooms. Meanwhile, the sensor itself although branded 41-megapixels, is really designed to produce incredible smaller shots. Although you can switch into a manual mode and output up to 38-megapixel frames, Nokia is expecting most users to stay within the 2-megapixel to 8-megapixel band. That allows the PureView technology to use all the extra pixels – around eight per final pixel in a 5MP image – to grab extra detail and increase overall accuracy.

Bizarrely, despite all that extra detail, Nokia’s final images are surprisingly small. A 5-megapixel frame is, on average, 1MB in size: that’s because Nokia uses a new system of compression that, it says, results in smaller shots by leaving out the details other cameras include but shouldn’t. For instance, in JPEGs with black and white sections abutting, where other cameras would leave you with a column of grey tones between them, the 808 PureView will leave a crisp pixel-accurate line.

That adds up to no lost detail but no extraneous murk either, hence the smaller file sizes. Video, too, is smaller, and it’s arguably low-light detail in which PureView shows its hand. Nokia showed us a video shot with the 808 PureView at a concert, complete with bright on-stage lighting, dry ice and otherwise gloom, and the detail was legitimately astonishing. Rather than washing out the entire frame, the powerful stage lights were crisply edged, shining sharply through the mist, while other less powerful spots were equally visible. On-stage detail of the dancers was also clear.

Dinning admits that the 41-megapixel branding is in part an attention-grab to give it a head-start in stores. According to the imaging chief, whether or not to brand the 808 PureView with its pixel count has been a hotly discussed topic at Nokia, with the final decision being that if the company didn’t mention it, others still would. Nokia’s N8 saw a fair number of sales from photography-obsessed cellphone shoppers voicing that interest to salespeople and being directed to the 12-megapixel Symbian device as it was “the best smartphone camera experience” apparently, and Nokia hopes to catch a few more with a similar method.

Future devices will see some form of PureView technology integrated. As Dinning told us, Nokia didn’t spend five years working on the system to only use it in a single device. Still, a 41-megapixel Windows Phone probably isn’t on the cards, at least not yet. What we’re likely to see are the algorithms and the idea of cropping a high-resolution slice of an even larger image carried over into other phones, with fewer megapixels but also a generally smaller phone overall. There’s no denying the 808 PureView’s bulk, though that does at least help accommodate a Xenon flash.

It’s easy to get blasé about technology. All too often we hear smartphone manufacturers talking about how their camera boots a few milliseconds faster, or takes shots with an extra megapixel. Nokia’s PureView, though, despite having the highest megapixel rating of any phone camera around, perversely is the first to shift the phone-camera discussion away from pure pixel count. Instead, it’s what you can do with those images – crop out multiple zoomed frames from a single still, zoom into Full HD video without any loss of 1080p quality – that becomes important. It’s potentially the best technology we’ve seen at Mobile World Congress so far.