Portable power stations have become important members of a household, whether or not they get used to brave the great outdoors. The need for clean and safe emergency power always comes up, especially during these uncertain times. There are, of course, quite a number of options in the market, some of which we have reviewed in the past. Bluetti definitely has no shortage of choices, and its family is growing within the next few weeks. To start its Bluetti Power Week with a blast, the company is launching the AC200 MAX and its B230 battery module companion, kicking off a new generation of modular portable power stations that don’t force you to compromise between portability and power.

Introduced just last June, the Bluetti AC200 MAX also introduced a new chapter in the portable power station story. Although it can function as a standalone power station with its 2,048Wh battery, the real appeal of the AC200 MAX is the ability to expand its capacity using Bluetti’s new battery modules designed especially for that purpose. Paired with two B300 modules at 3,072Wh each, the AC200 MAX can reach a capacity of 8,192Wh, with no sweat. 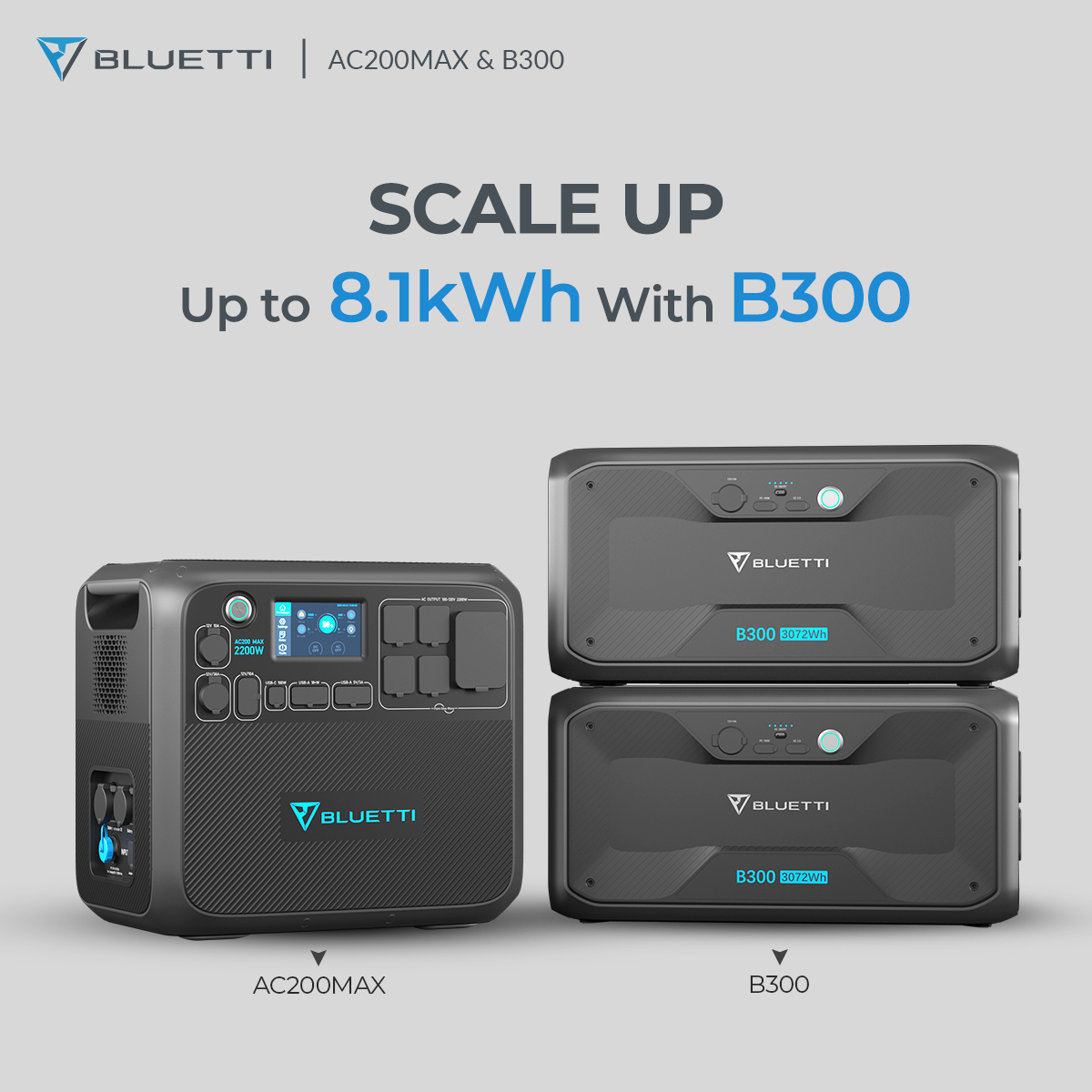 That said, Bluetti is pairing the AC200 MAX with the B230, which has the same 2,048Wh battery. Both are available starting today with a discounted starting price of $1,699, a $500 cut from the regular $2,099. In addition to the jaw-dropping power, the AC200 MAX also boasts advanced features like 100W USB-C PD output and smartphone control via a Bluetooth connection.

The AC300 Power Station trades a bit of practicality for more power and more flexibility. Unlike the AC200 MAX, the AC300 does contain its own battery but instead houses a powerful 3,000W pure sine wave inverter. Its true power, however, can be seen in the number of configurations it can support. 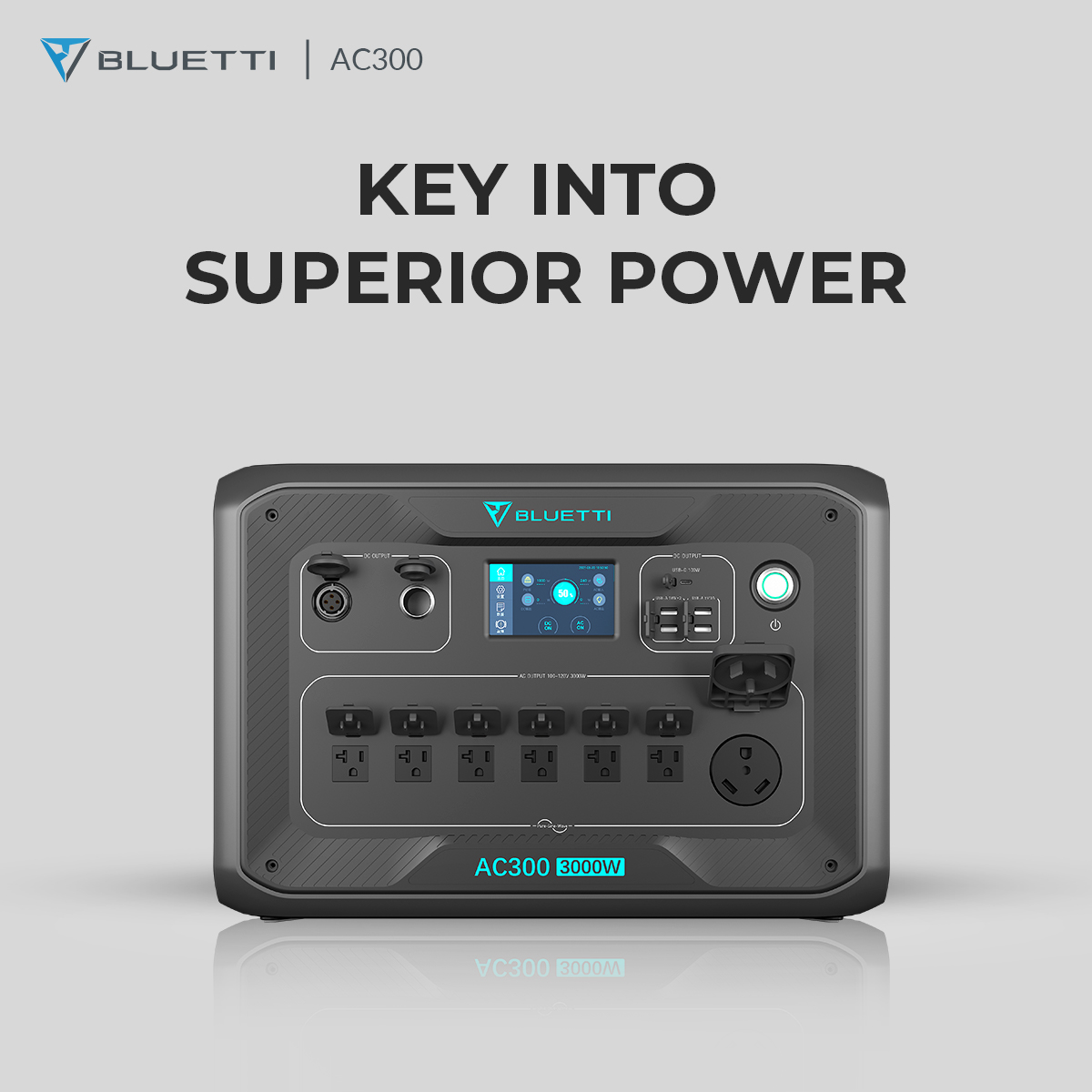 For one, it can accommodate up to four 3,072Wh B300 battery modules for a whopping total of 12,228Wh of power. If that still isn’t enough, however, Bluetti’s Fusion Box Pro can connect two just systems for a staggering amount of power at 24,576Wh. Additionally, the Fusion Box Pro supports 240V, 6,000W output, enabling Bluetti to power most of your home in an emergency.

The AC300 and B300 battery module won’t go on sale until September 15th. Unsurprisingly, it also has a higher starting price of $3,699, but it immediately gets an $800 discount right off the bat for a time-limited offer of $2,899.

Although they sound more like add-ons, Bluetti’s battery modules are reliable power sources in their own right. They can be used on their own and be charged using a 500W AC to DC adapter. The B300 can even be charged using 200W MPPT-compatible solar panels. They also have their own output ports, including a 100W USB-C port, an 18W USB port with QuickCharge 3.0 support, and a 12V/10A cigarette lighter. 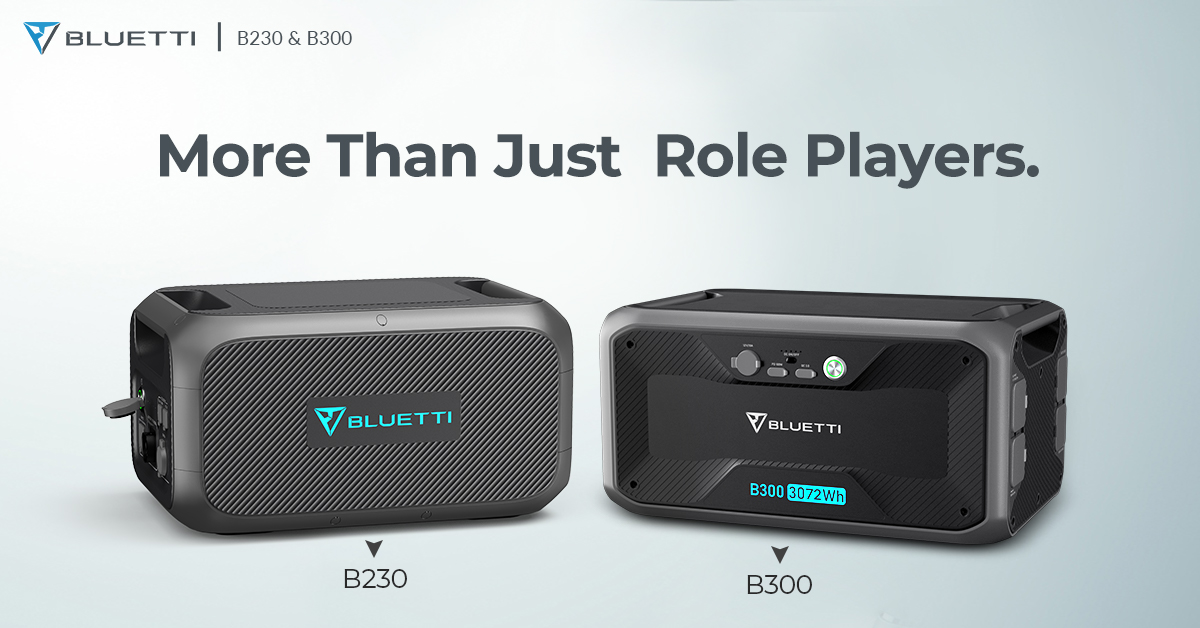 Although Bluetti is introducing a new modular power station system, Bluetti recognizes it has loyal customers who have stuck with it through thick and thin and have purchased non-modular portable power stations. So that they’ll be able to join in on the fun, the company is also launching what it calls its Little Magic Box, a.k.a. the DC Enhancer D050S. 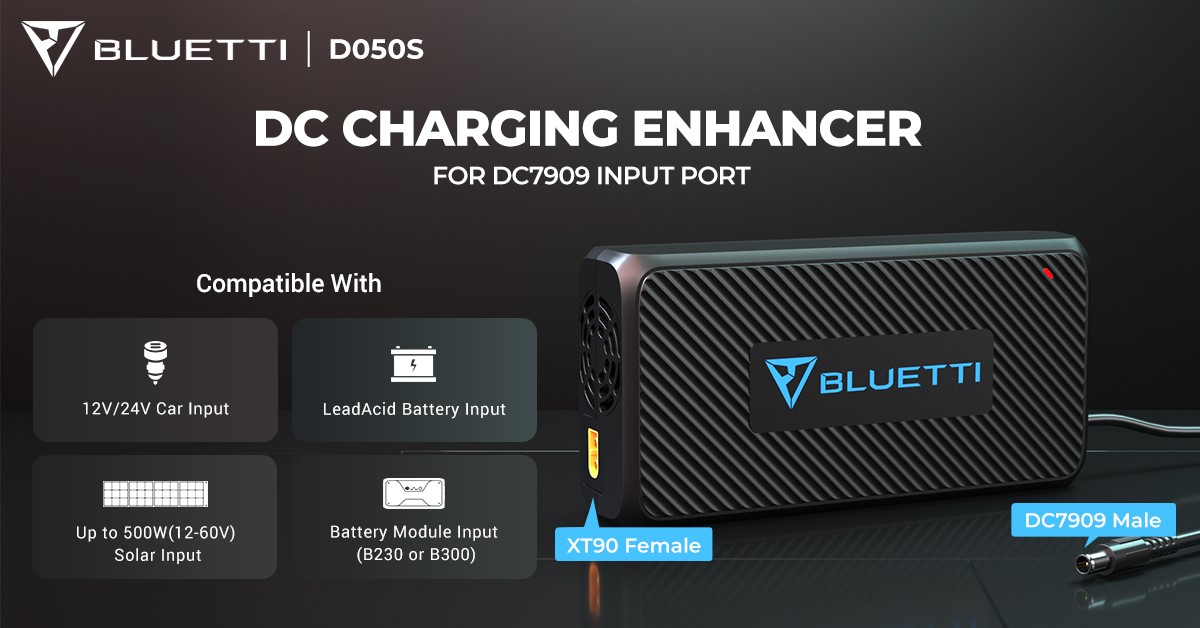 Technically speaking, this DC Enhancer is a box that connects to a power station DC7909 inlet to expand either its battery capacity or its solar charging capacity. It will allow existing Bluetti products, like the AC200, AC200P, EB150, and EB240, to connect with the new B230 and B300 battery modules to expand the power that it can dish out. Its built-in MPPT controller, on the other hand, can also boost a power station’s charging rate with additional sources like solar panels or lead-acid batteries.

These new products are, of course, just the tip of the iceberg for Bluetti’s Power Week. The company is also offering discounts for exciting products like the AC200P (now at $1,599 only), the EB 240 ($500 off), and the EB55 (down to $449 this week). Keep tabs on the Bluetti Power Week Campaign Page for the latest deals and promos that will help keep your lights on even when the power grid goes dark.