Which phones let me control any TV?

There’s no one phone that’s able to control every single television model in the universe – but there are several out there today that have big potential for chaos. While we don’t recommend going around changing channels on televisions that belong to high-powered businesses that’d rip your head of if you do, we do like the idea of changing the channel at a party if something less-than-pleasing pops up.

HTC was one of the first brands to take hold of the IR-blaster, putting it on their HTC One from 2013. This blaster was cleverly hid behind/inside the power button on top of the smartphone.

HTC’s app for television control is called “TV”. You’ll be able to easily locate it in your apps because it looks like a power button. Setting up the HTC One TV app will take you less than 8 taps – just so long as you can figure out what brand the TV is you’re aiming to control. 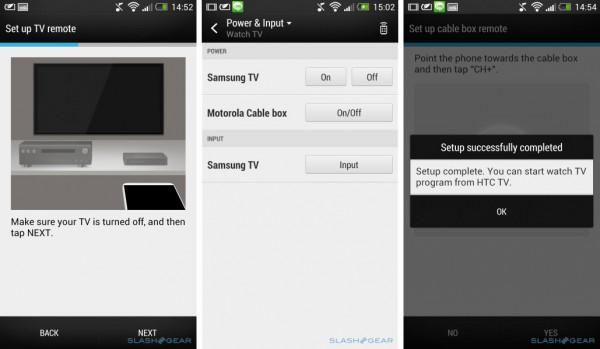 Samsung has latched on to the IR-blaster idea tightly – they’ve released almost every one of their higher-end smartphones and tablets over the past couple of years with IR-blasters at their head.

The following Samsung smartphones have IR-blasters onboard:

Samsung devices use a connection which can be discrete and requires no effort on the part of the TV itself. If you’ve heard rumors that Samsung smartphones, tablets, and smartwatches only connect with Samsung televisions – don’t believe them. They connect with a wide variety of TV sets, just like the rest of the devices in this article. 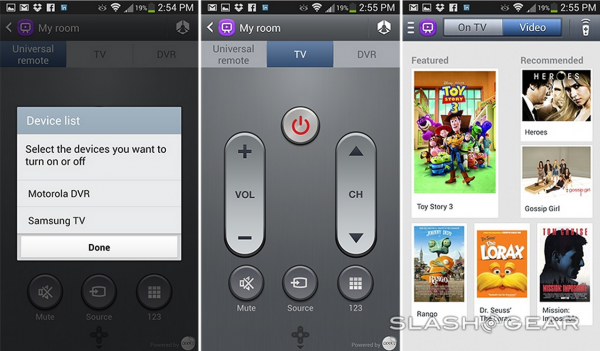 LG began adding the IR-blaster in with the LG G2, deciding it was easy enough to add said piece of technology in to the rest of their higher-end line from that point forward. Below you’ll find a comprehensive list of LG devices – smartphones and tablets – with IR-blasters in them. 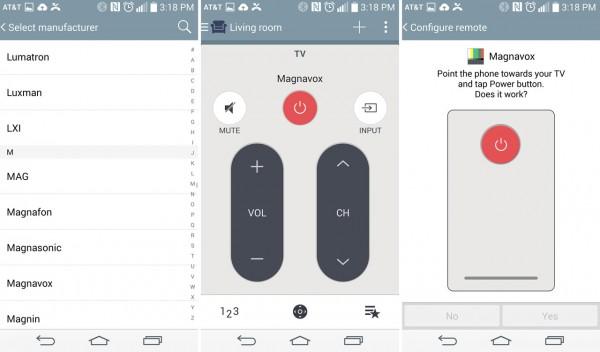 LG’s app is called Quick Remote. This app is also extremely simple to work with. As you’ll see in the list in screenshots here, you’ll have a list of possible TV set brands that includes the well-known and the extremely obscure. Like most IR-blaster apps built-in with major brands like LG, you’ll also have the potential to control your stereo or other infra-red controllable devices. 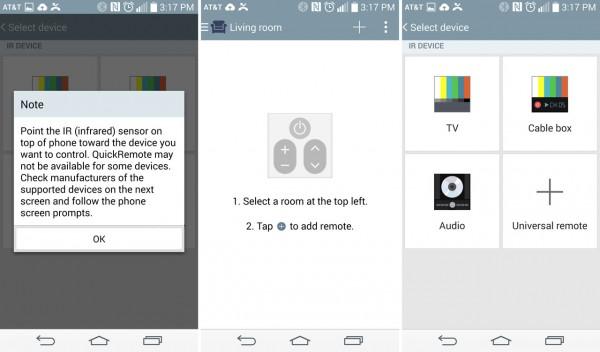 Not to be left out in the cold, Sony has decided to begin incorporating IR-blaster technology in their smartphones in Japan. If you’ve seen the Xperia ZL in the United States or the Tablet S, you’re amongst the few that’ve gotten in contact with their brand of control.

You don’t have to have an IR blaster onboard your smartphone to control a TV with your smartphone – all you need is the Blumoo Universal IR Blaster – it’s got lots of support at this point for many devices.

The Xiaomi Mi 4 also has an IR-blaster, but you’ll probably never see the device up close as it’s not launching inside the USA.

The Future for Android

Back in 2013, HTC and Samsung released their first Google Play Edition smartphones with IR-blasters inside without IR-blaster software inside. Logically it seemed as though there was a calling for some action on Google’s part. Once Android 4.3 Jelly Bean arrived, so did IR-blaster support.

At this time, manufacturers and developers still need to take advantage of Google’s inclusion of IR-blaster support in Android – it doesn’t come in a Google-made app. So seek out the hardware and expect the software – you’ll be controlling TVs in no time!

UPDATE July 25th, 2016 – a whole bunch more phones have been added to the IR-Blaster ranks. Have a peek!