With the release of the Samsung Galaxy Note 10.1 with Verizon’s 4G LTE data coverage, both companies put forth their best. With Verizon it’s the 4G LTE you know and love, and with Samsung it’s their largest “Note” device to date, effectively replacing the standard tablet with one that’s got its own S-Pen for futuristic note-taking and artwork galore. This isn’t the first time the Galaxy Note 10.1 has been available in the United States, but it certainly is the first time it’s been pushed with such vigor.

As it was back when we showed our Samsung Galaxy Note 10.1 wifi-only Review, this tablet is easily Samsung’s best. At this display size, anyway. If you’re looking for an experience that’s top-notch at essentially any other display size, Samsung has you covered there too – from the Galaxy Tab 7.7 to the Galaxy Tab 2 7.0 to the Galaxy Tab 2 10.1 and back again, Verizon also has you covered with 4G LTE. With the Galaxy Note 10.1 4G LTE, you’ve got the 10.1-inch display coupled with the quad-core Exynos processor and the S-Pen – not to mention the front-facing speakers. 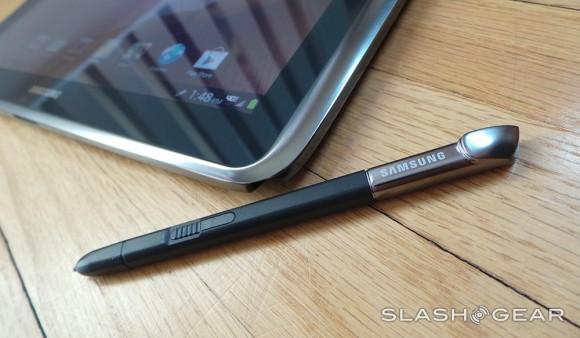 With the release of the Samsung Galaxy Tab 10.1, the company began pushing their speakers to the front of their tablets. This was a good move and generally regarded as such by everyone that likes to listen to the audio from their devices come out towards their face, rather than from the back side of the device straight into their leg. As it was when we reviewed the wifi version of this device: the Samsung Galaxy Note 10.1 is the best entertainment station you can buy with a 10.1-inch screen.

There’s a lovely set of accessories you can buy from Samsung that’ll make this experience even better than it is out of the box: the clip-on case/cover is easily the most “must-have” of the bunch. With it you’ll be standing your Note 10.1 upright with ease, making it into an easel whenever you like. After that you’re set – the charger and the S-Pen come with the box, and the S-Pen slides in the back of the device when you’re not using it. 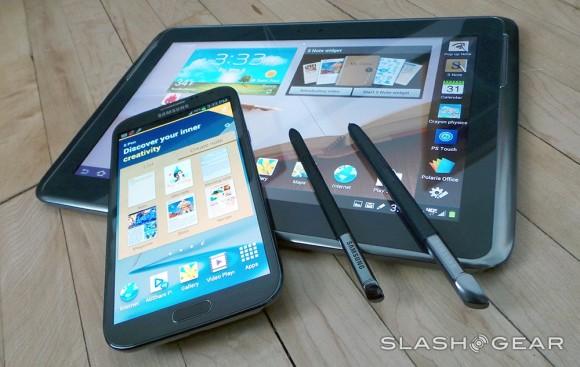 Have a peek at how this device compares in size to the Galaxy Note II as well – you may just want to make a decision between the two. They’re both carried by Verizon, and both have lovely Verizon branding splattered about as well.

The change in software since the first time we had a look at the Galaxy Note 10.1 is ever-so-slight in it’s flip from Android 4.0 Ice Cream Sandwich to Android 4.1 Jelly Bean and the Premium Suite that comes with it. Because Samsung places its own TouchWiz UX user interface for tablets over the top, you’ll not have noticed the change unless you knew what you were looking for. That said, one of the biggest bumps is in the addition of Google Now.

If you place your finger on the Home button and pull up, a Google logo will appear and you’ll be taken to Google Now. This is the interface that all Jelly Bean devices are allowed access to now on Android devices, complete with information for you based on your interests, GPS location, and the environment around you – for weather, that is. Have a peek at our original Google Now hands-on from back when it was launched for a general idea of what it’s all about! 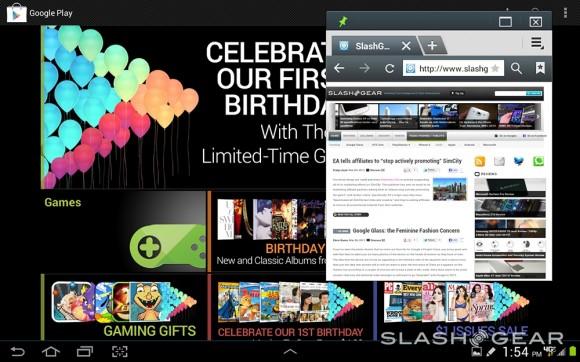 You’ll also be able to work with multi-tasking features such as the pop-up collection of apps at the bottom of your display that appear when you tap the center of your menu bar. Each of these apps is able to open up as a pop-up window or as a section of your display. At the moment this software is generally fun to see work, but doesn’t work at a level where we’d call it mind-blowingly perfect. You’ll be using this multi-window feature for entertainment more than anything.

Have a peek at a set of benchmarks run in the gallery here and let us know what you think. On the whole, they’re pretty much the same as they were when we had a look at the wifi version of this machine – this makes sense as, other than some of the software and the change over to the new set of radios, you’ve got essentially the same device, processor and everything. It’s basically the same machine when it comes down to it.

Also included there is a set of speed-tests so you can see how fast we’re rolling out here in Saint Paul, Minnesota. You’ll have to judge speeds for yourself wherever you’re situated in the USA for your own perfect score.

You’ve also got the same camera as we had a peek at before, so the quality there hasn’t changed a bit. This is an OK camera – not fantastic, but certainly better than the first generation of Android tablets and their terrible, terrible attempt at photo action. With this 5 megapixel camera on the back of the device you’ll be hot to trot – there’s a flash back there too if you need. 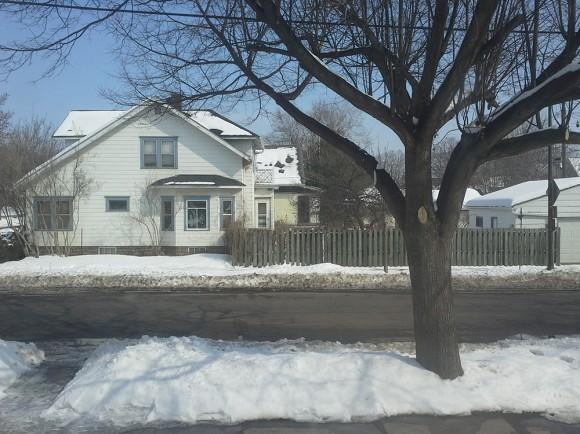 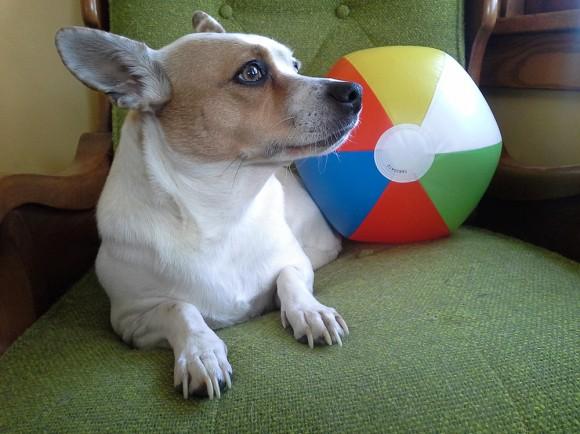 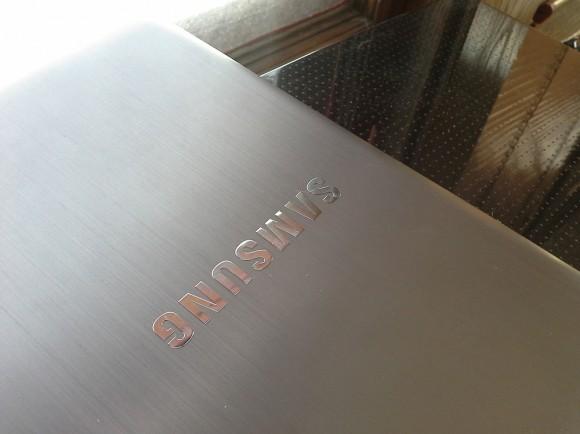 With the Galaxy Note 10.1 you’ve got another excellent entry into the Samsung hero line of Note devices. This remains the largest Note-branded smart device on the market, and is now part of the 4G LTE family as well. Samsung continues to be the biggest opponent for the iPad on the market and – if they were both running the same software and we had to decide between the two – we’d have a relatively tough decision on our hands. 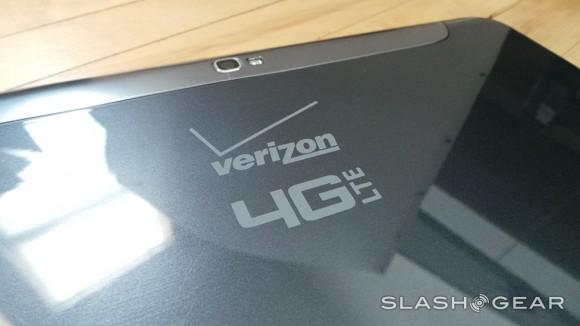 But because they aren’t, and because we’re truly lovers of a unique experience, it’s easy to recommend this tablet as one of the most versatile smart devices on the market today. With the S-Pen, fun and entertaining connectivity with the rest of the Samsung Galaxy devices for media and communication, and one of the newest versions of Google’s mobile OS onboard, the Galaxy Note 10.1 is certainly the hottest Android tablet carried by Verizon today. Have a peek and start penning away!