The world of Samsung smartphones runs the gamut from one size to another. Want a phone that doubles as a small tablet? There’s a Galaxy for that. Not everyone finds phablet-sized smartphones of adequate size for a tablet, however, and so they opt for a larger dedicated tablet and, conversely, a smaller smartphone to complement it. Others simply want a small easy-to-hold-and-pocket offering. Regardless of your reasons for leaning towards the diminutive end of the spectrum, Samsung aims to have your back, rolling out the svelte GALAXY S 4 Mini — a miniature version of its popular handset by the same name. How does the smartphone hold up to its larger brethren? Read our full SlashGear review to find out.

Upon first holding the GALAXY S 4 Mini, you immediately note two things: that it is small, and that it doesn’t feel small. By this I mean, the Mini is rounded and smooth, with relatively small bezels and a layout that makes its easy to operate single-handed. The Super AMOLED display is a moderate 4.3-inches, and coupled with the qHD resolution, it doesn’t feel cramped and difficult to navigate. Any concerns about the Mini feeling too mini can be assuaged, since Samsung’s design accomplishes what its name promises without making a hassle of itself. 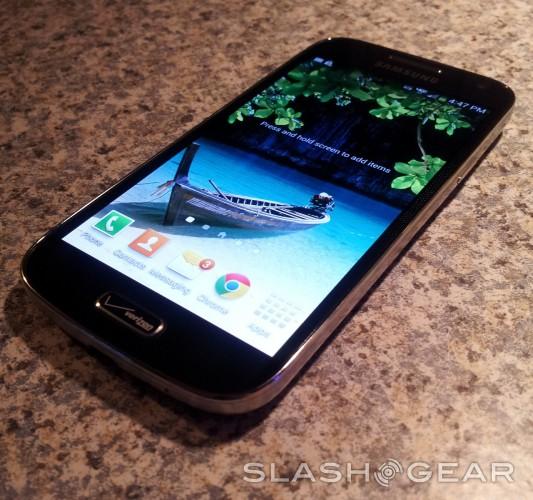 As far as design goes, the face looks entirely Galaxy-esque, with a single solid Verizon-branded home button on the bottom surrounded by dark-grey bezels, the Samsung logo on top, and the display betwixt it all. The edges are silver and have a slight brushed metal design to them, with the volume rocker on the left side and the power button on the right side. The volume rocker is where you would expect it to be, but the power button is about a solid centimeter lower than where one would anticipate, causing one to press their thumb where they expect the button, only to hit smooth metal and have to try again nearly halfway down the unit. The power button’s position aside, the Mini’s design is very comfortable. 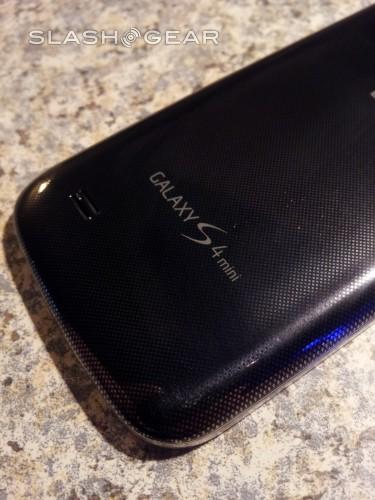 The back is glossy smooth with a tiny diamond pattern that gives it an almost grid-like visual texture. The relatively large Verizon 4G branding is stamped on the back in addition to the Verizon branding on the home button, as well as the GALAXY S 4 Mini logo branding near the bottom. The camera is a familiar square shape, and the flash is a small square positioned below it, with the speaker in the bottom left corner. As far as Galaxy handsets go, the Mini takes familiar design cues from the models before it, and so Samsung faithfuls will find the device readily familiar. 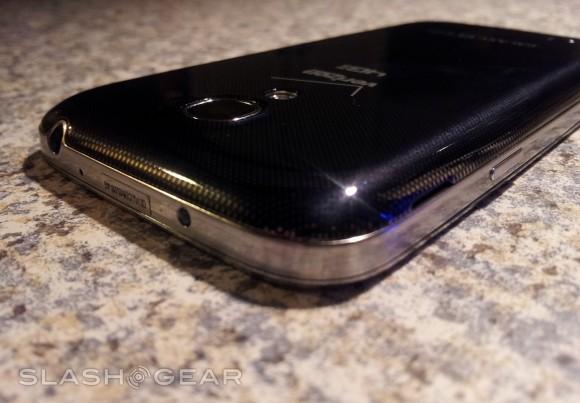 Under the hood, the S 4 Mini features a dual-core 1.7GHz processor and 1.5GB of memory, as well as 16GB of internal storage and a microSD expansion slot with support for up to 64GB. The entire smartphone measures in at 4.9- x 2.41- x 0.35-inches with a weight of 3.77 ounces. The battery is 1900mAh with a promised usage time of up to 18 hours, though obviously having the GPS, Bluetooth, and WiFi on reduces that time, particularly when streaming Internet radio for a handful of hours. The OS is Android 4.2.2 Jelly Bean, and you also get S Beam, S Voice, Best Photo, Best Face, and other trimmings found on the regular S 4. 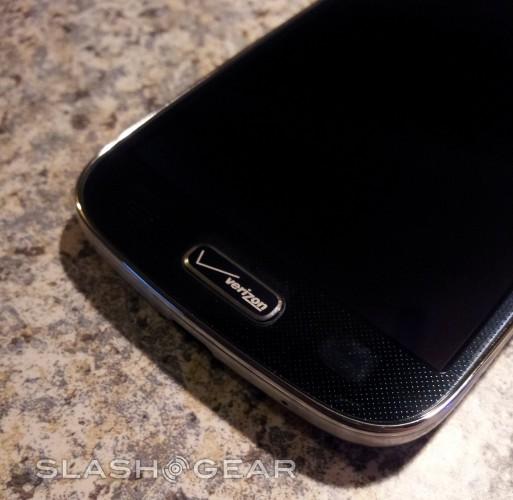 Connectivity is comprised of Bluetooth 4.0, NFC, ISIS Mobile Wallet, and WiFi 802.11 a/b/g/n 2.4GHz and 5GHz. Both music and video support are wide, with the handset being able to play the files you’d expect: MP3, FLAC, OGG, WMA, MPEG4, MKV, FLV, and others. Overall, the small form factor doesn’t detract from what the Mini offers, and the hardware is solid.

The GALAXY S 4 Mini features an 8-megapixel camera on the back, as well as a 1.9-megapixel camera on the front for those ever-important selfies. The rear camera includes auto-focus with an the LED flash and can record video in up to full HD. The front-facing camera can record video in up to 720p, and though the quality is noticeably lower than what you get with the rear camera, it is still decent and handles low-light situations well. 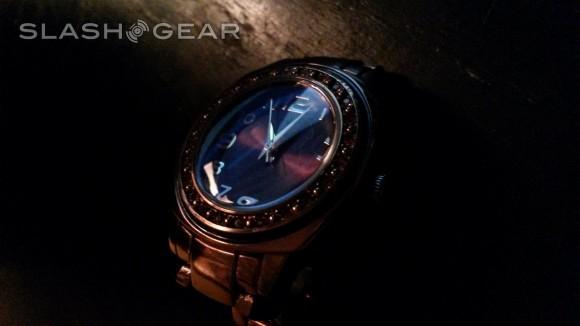 The rear camera in particular is surprisingly capable in low-light settings, which you can see for yourself in the gallery of sample shots below. The focal range allows for getting up close and personal for shots, and unlike what you’ll find with some cameras, the auto focus doesn’t spend much time hunting when taking photographs in low-light situations. Beyond that, noise isn’t much of an issue in lower light, as evidenced by the samples below. All the pictures were taken in auto mode, but you can toggle on Face Detection, manually set the ISO, turn on Anti-Shake, and change the resolution, among other things. You get similar settings options with the camcorder function. The only area the camera suffered was with the zoom, which isn’t surprising.

We ran the well known AnTuTu benchmark on the Mini to see how it fared compared to some of its larger brethren, and as you can see from the screenshot below, it held up fairly well, though is obviously below the rank of its larger sibling, the GALAXY S 4, as well other notable handsets. As far as benchmarks go, it scored only a touch beneath Sony’s Xperia Z and the Galaxy Note 2, so anyone familiar with those handsets will find — performance-wise — the Mini to be essentially identical in performance. The graphics component of the benchmarks, in particular, stood out as excellent, while the memory and processor came in a bit lower at “good”. 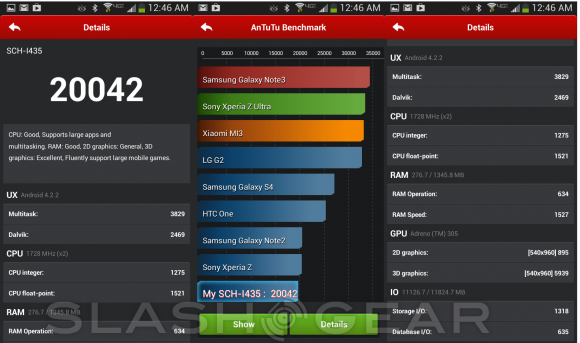 The GALAXY S 4 Mini is a wonderful little cell phone, and is surprisingly reminiscent of the older Galaxy S 2, though bringing with it all the trimmings of a newer device. The smartphone sits well in one’s hand (the position of the power button aside), and is small enough to slip into just about any pocket or sleeve. Despite feeling small in the hand, the Mini avoids feeling too small when it comes to the display. If you’re in the market for a small smartphone that doesn’t drag poor performance and low-end specs along with it, the GALAXY S 4 Mini is a solid choice.