Today was quite the day. On this day we had not only our A Week with NOOKcolor: 3rd Party Apps and Final Wrap-Up final verdict last chapter in our extended week of reviewing NOOKcolor, the folks over at XDA Developers rooted it! Can you believe it? Then Plantronics hosts a sweet gameface contest for fabulous prizes, and we’re knee-deep in columns: We Need To Talk by Philip Berne, Why Apple’s all-SSD, Light Peak MacBook Pro makes sense and In Search of Solder and a Sense of Achievement both by Chris Davies. All this and MORE on The Daily Slash!

SlashNEUTRALITY
Aw crap. Apparently Comcast Corporation has begun setting up a fee on Internet middleman responsible for delivering part of Netflix streaming video content, this company, named Level 3, is being charged by Comcast whenever customers request content. The amount they’re being charged isn’t apparent, but is also completely irrelevant, as they (and basically the rest of the sane internet) believe this situation to fall under Net Neutrality laws that aught, we all say, to have been enacted long ago. This vote appears to be scheduled for December 21st 2010, and will supposedly decide whether phone and cable providers should be allowed to interfere with legal traffic traveling through their networks. Some of the folks on the side OF Net Neutrality are: companies led by Google Inc., EBay Inc. and IAC/InterActiveCorp, President Barack Obama, most of the internet, and your humble narrator. 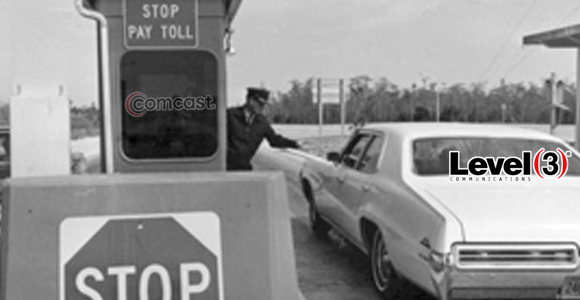