A Week with NOOKcolor: 3rd Party Apps and Final Wrap-Up

Welcome to the final installment in our “A Week with” review session with NOOKcolor. This particular installment will ask the big questions and seek the big answers. This installment will show you what lies beyond the reading, what’s on the mind of those who would seek developers for apps, and will deliver a final sentence on whether you, the everyday average dude or lady, should invest in this device. Behold! NOOKcolor’s fancy dressing.

If you’ve been following along with this epic journey we’ve taken with NOOKcolor, you know that it’s a lovely looking device, certainly feels nice to hold and to handle, and without a doubt is a unique device that is a centerpiece for Barnes and Noble’s electronics department. Along with the main reason it exists, that being that whole “reading” thing, there’s a tiny pack of apps, a simple web browser, and a files section in your NOOKcolor library. 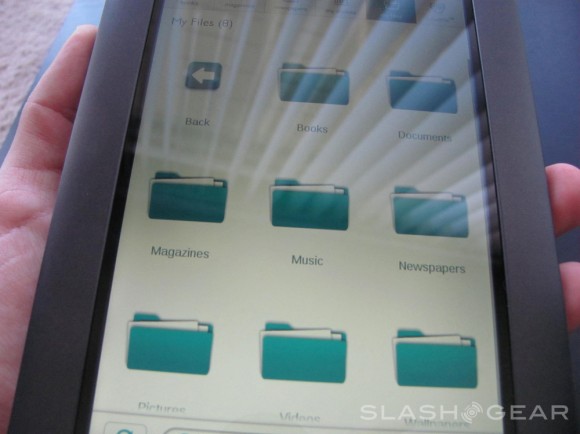 First let’s chat about this files section. It seems to be rather secondary in that you’re going to have to know exactly what you’re doing as far as file format goes if you plan on using any files you didn’t download from B&N directly. After an hour of trying for a video file format that worked on the device (even after having check the manual hosted on NOOKcolor,) I was unable to get a file running. I’m no magician, but if I’m unable to find a file format that works, you bet your biffy Grandma Edna won’t be able to do it either. 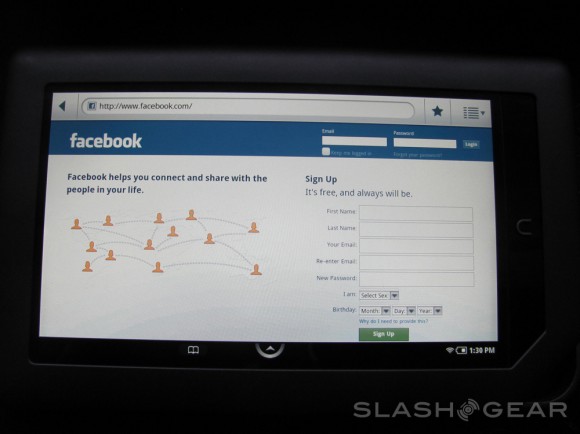 The web browser is nice and big. Whenever you’ve got a screen this large and have a web browser that functions half-nice (this one functions quite well, actually,) that’s a big plus. A very forgiving keyboard and memory for addresses typed in the past make this browser a functioning piece of your day if you, for example, are the sort of person who doesn’t own a smartphone but does carry this device around in your backpack and wants to check their web-based email (gmail for example) or social networking sites.

YouTube works but plays relatively low-quality video for what you know this device is capable of (you see a magical array of video when you first turn your device on), NetFlix does not function. Above you’ll see an example of how well the browser handles the first TRON Legacy sneak preview trailer – notice a couple things – the reflection you see of the camera I’m holing up to film the screen (this device has a somewhat lowered glare, but you can still definitely see yourself in it when the screen is black), and the sound- it’s a bit muffled as the speaker is on the back of the device. 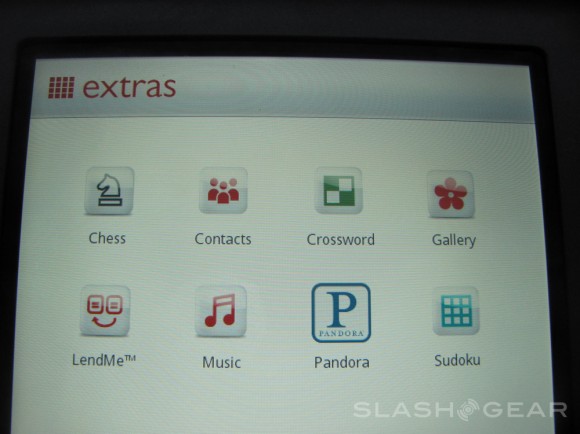 In your “Extras” tab, aka your apps folder, you’ll notice instantly that these were never meant to be the main attraction. The name of the folder is “extras” – get it? This bin of everyday device mainstays like chess, Sudoku, and crossword enforce the fact that this device is aimed at those who read and enjoy games that live inside the reading universe. You’ll also find a contacts app which contains people who also own NOOKcolors with whom you can interact with elsewhere (this app acts as a sort of flip-file of all your people, where you can add or subtract them and their info.) There’s another app for LendMe (accessible also through your Library, as we spoke about in a previous post) where you can ask to borrow or lend books from and to your contacts. 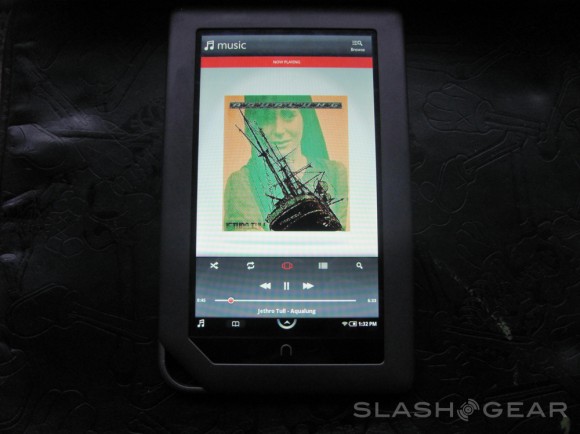 There’s a super simple Music app where you can play music files you’ve added through your “My Files” – THIS is the simplest and best implementation of the My Files feature, just drop your music files (more than likely MP3s) into your Music folder upon finding it once you’ve plugged your NOOKcolor into your computer, and poof! They’re in your Music app. Simple. This app is in place so that you might plug in your headphones and listen to music while reading. Of course, you could also use this function as a giant music player if you’re the sort of person who plays music in your car through a headphone jack, but seeing as how MP3 players are basically given away these days, this might be a bit unreasonable. 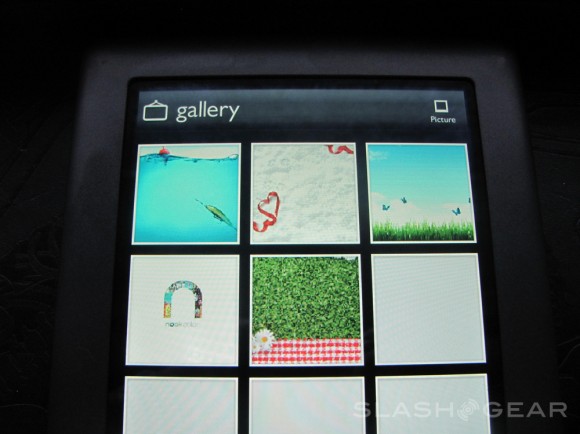 Gallery works in a very similar way, upon dropping a bunch of photos into your pictures folder when you’ve got NOOKcolor plugged into your computer, they show up here instantly. A great way to carry along a simple portfolio for all of us creative types? Perhaps. 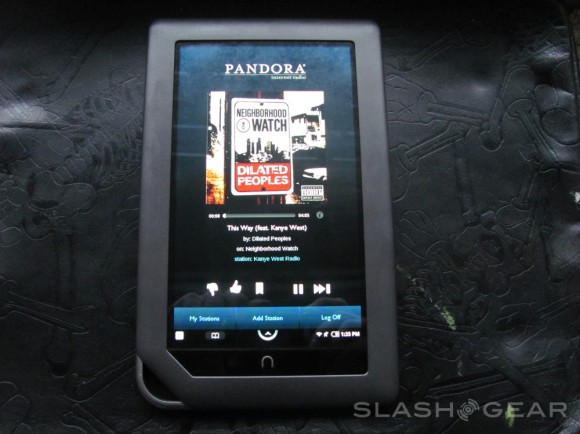 Then there’s Pandora. Clearly the folks at Pandora saw this as a giant opportunity to get their service out to the world in waves, as this app is developed above and beyond all the others. Works great, sounds great, connects easily.

Now the people at Barnes and Noble aim to make this device a place where developers make apps that are reader-based. Apps that work with readers, around readers, and to improve and enhance the whole reading experience. Will it work? That’s the million dollar question. Take a look at their strategy to make this happen and consider the following:

1. The profit share for developers selling apps is not yet released.

2. They plan on offering help in the form of personal support through NOOKcolor developer.

3. They plan on offering deals and promotions that would take place inside the B&N stores – what this consists of is still unclear.

4. These apps must circle around and stay within the boundaries of what Barnes and Noble considers reading-based. Again, what these limits are and will be remains unclear.

Do these limits and prospects for developers spell a certain name for the future of NOOKcolor? We’re in sort of an age where it’s being decided how open our tablet-based devices are going to be, devices are going to survive or die based on the applications that are offered on them as well as the functionality they present. If there’s not enough apps, will NOOKcolor fizzle? Or perhaps the question should be if there aren’t enough publications available for reading on NOOKcolor, will it fizzle?

The prospect of using this device to read the books you’re sure are available or are going to become available is exciting. If you read the magazines and newspapers you know are available or are going to become available on this device, it’s worth it. If you’ve got a kid who you’re training to become part of this digital world, having them work on screens as much as possible so their in-tune with the modern world before they even enter it, this device is rockin (as far as reading goes). Remember that starting at the beginning of next year, there’ll be interactive elements in both magazines and kids books, so if you’re unsure about those items at this point, feel free to wait and see.

The prospect of having this device completely unlocked and running a free-for-all Android OS, that’s spectacular. I’ve seen what this device is capable of video-wise and sound-wise, the display is crisp and bright and reacts extremely well to swipes, taps, and everything along those lines. Imagine the possibilities! That’s what I’m doing.

If you’re still on the edge, deciding on if you’d like to work with an e-ink device or this bright display, that’s still a question I think you’re going to have to answer yourself. If you’ve never experienced e-ink, maybe you’d find this device more excellent because it falls right in line with what you’d expect from a device you hold in your hands and read. On the other hand, if you’ve been using nothing but e-ink since it began to exist, maybe you should consider the fact that you’ve probably already got a device that’s going to continue to get the novels you enjoy for quite some time. But does it have magazines, newspapers, and kids books in full color? No. Are you going to abandon all of those things in the analog world just because you can access them here on this device? I doubt it. 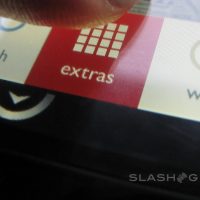 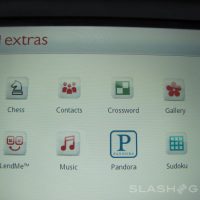 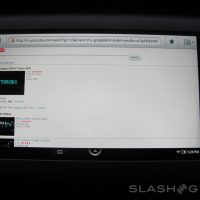 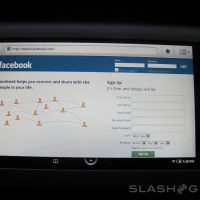 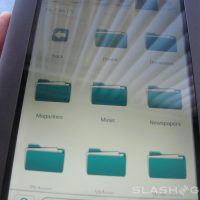 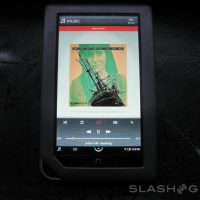 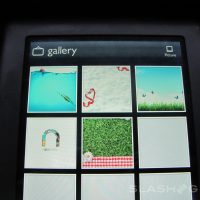 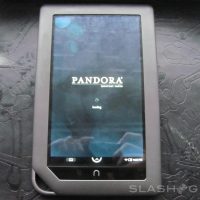 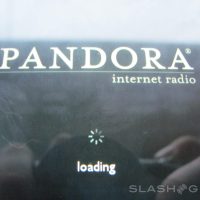 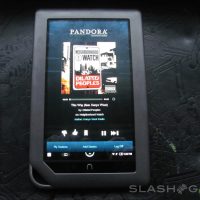 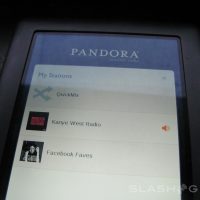 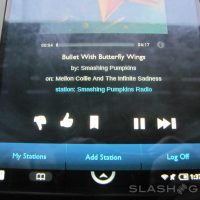 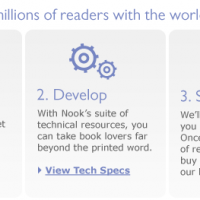 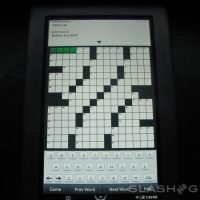 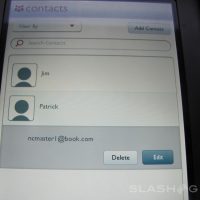 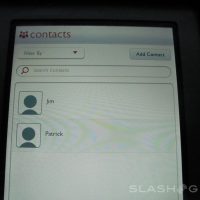 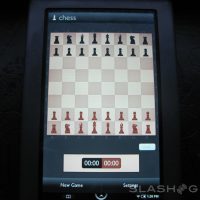 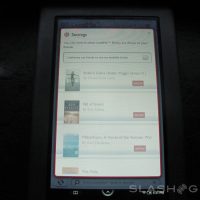 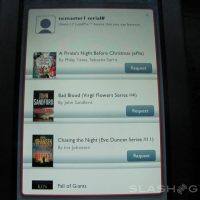 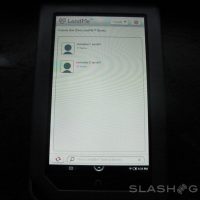 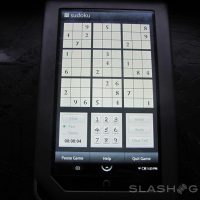