CES 2017 has drawn to a close, and the biggest US tech event on the calendar has wowed, surprised, and generally impressed us with the best the gadget world has to offer. Every year we pick our favorite products and technologies from the show for the annual SlashGear Best of CES awards, and 2017 is no different. Read on for the highlights from Las Vegas. 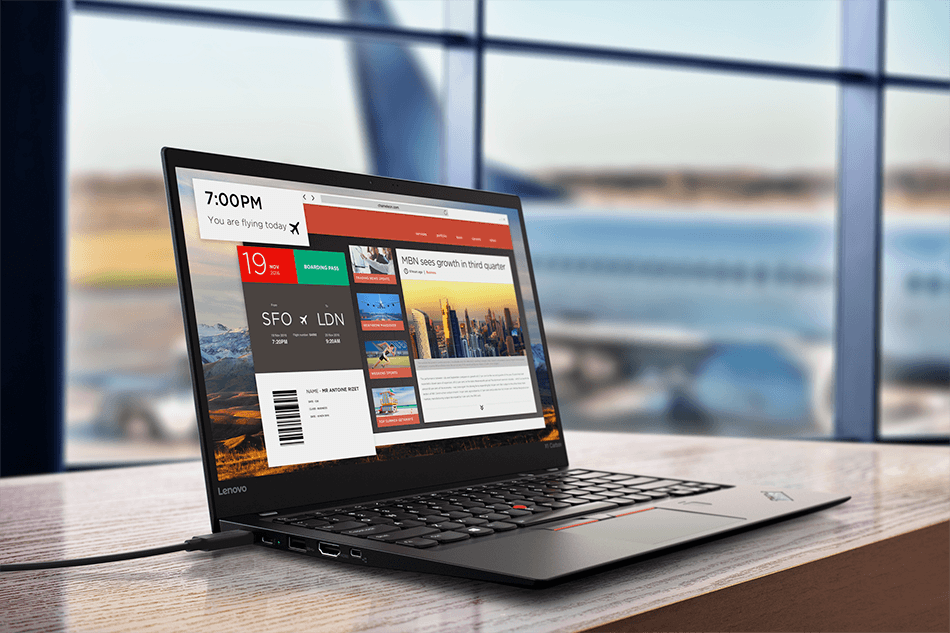 ThinkPad laptops are legendary for their bulletproof build-quality, but under Lenovo’s stewardship they’ve become coveted for their design and technology, too. The ThinkPad X1 Carbon illustrates this perfectly, squeezing masses of battery life into a slender frame. Its focus on doing the essentials just right earns it our pick as the best laptop of CES 2017. 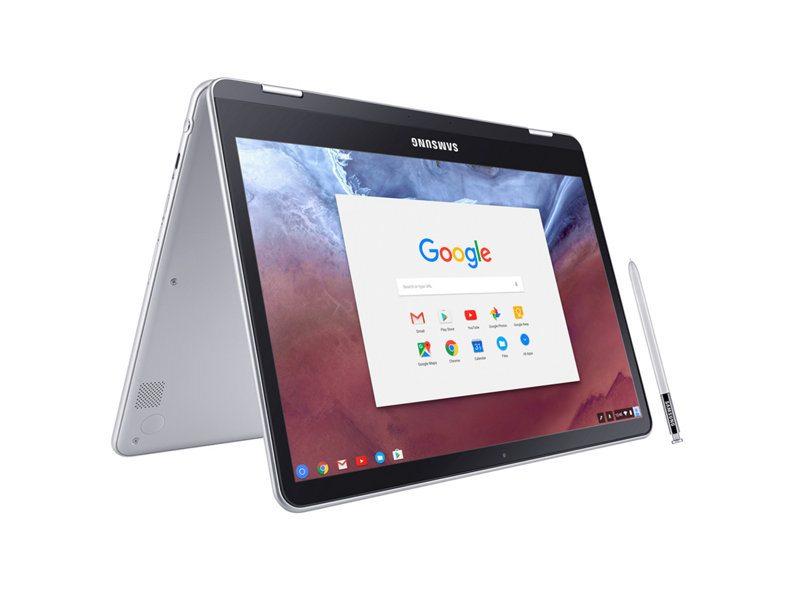 Google’s Chrome OS is increasingly serving the needs of students, enterprise, and everyday users, but finding cutting edge hardware and great style at affordable prices was a tall order. Enter Samsung with its Chromebook Plus, combining an excellent 12.3-inch 2400 x 1600 display, touch, and eight hours of battery life. Its $449 price is the real knock-out, though, and Samsung will also have a boosted Chromebook Pro on offer later in the year. 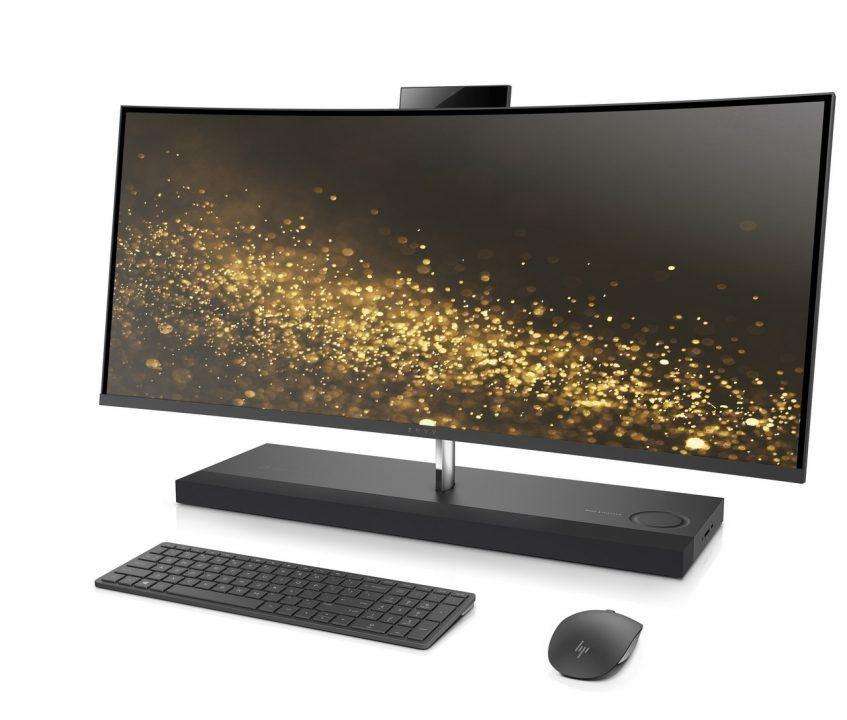 Slimmer, more powerful, better sounding, and making the absolute most of its beautiful, curved 34-inch display, the HP Envy 34 might look like a striking standalone monitor but it’s actually a full desktop PC. Great processor choices paired with the option of dedicated graphics chips make the most of the 3440 x 1440 resolution. HP even throws in Qi wireless charging in the base, for recharging your phone.

CES is never short on big displays, but Dell’s Canvas does something different. Like Microsoft’s Surface Studio it’s a big screen targeted at artists and graphic designers, but the finger- and stylus-friendly Canvas plugs into your existing Windows 10 PC instead of replacing it. Throw in the smart dial for easier settings access and you can see why digital artists are already drooling.

Projector overspill is normally bad news, but Razer’s Project Ariana is all about spreading pixels. Intended to blanket the space around your gaming display with an extended digital environment, it basically expands what’s on-screen to make it even more immersive. While we’ve seen concepts like this before, Razer insists it’s working on a production version to launch later in the year, and we’re already excited. 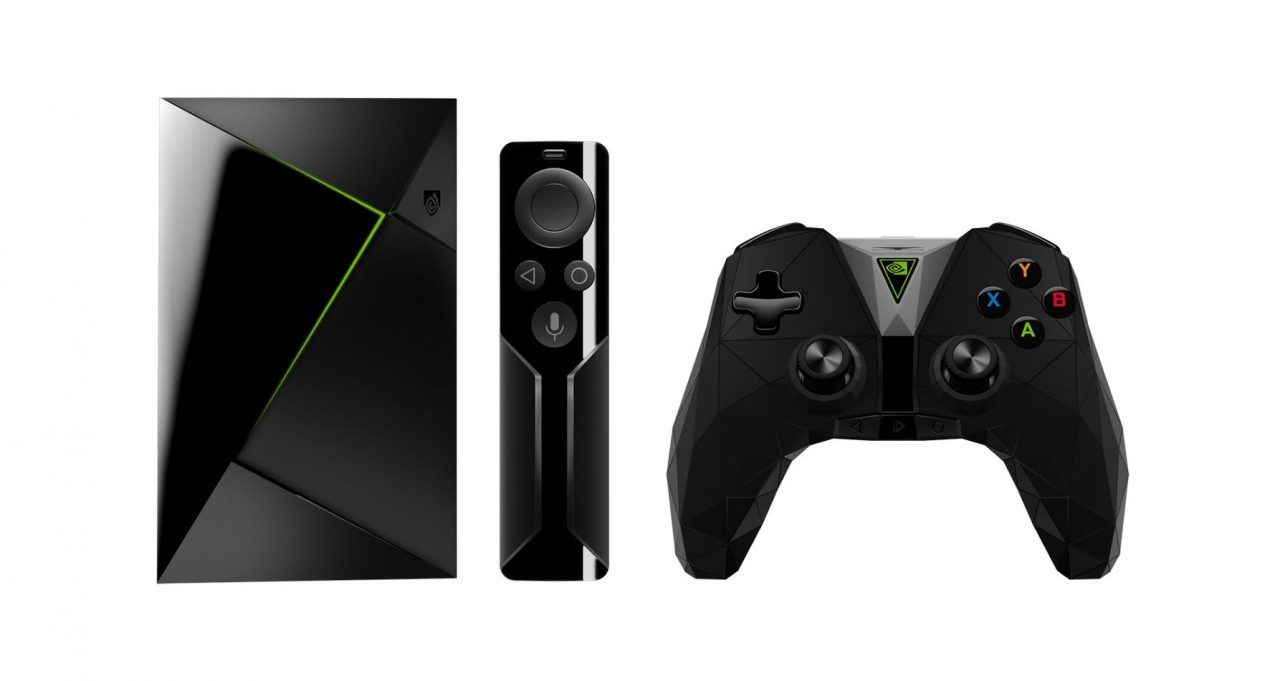 NVIDIA has a great new SHIELD TV for CES 2017, but it’s the company’s attitude toward owners of its original set-top box that gets it our award this year. Anyone with the original SHIELD TV will be able to upgrade to the new features with a free software update later this year. If they want the fancy new SHIELD Controller – and, having played with it ourselves, we’d say they really do – they’ll be able to add it for just $60. 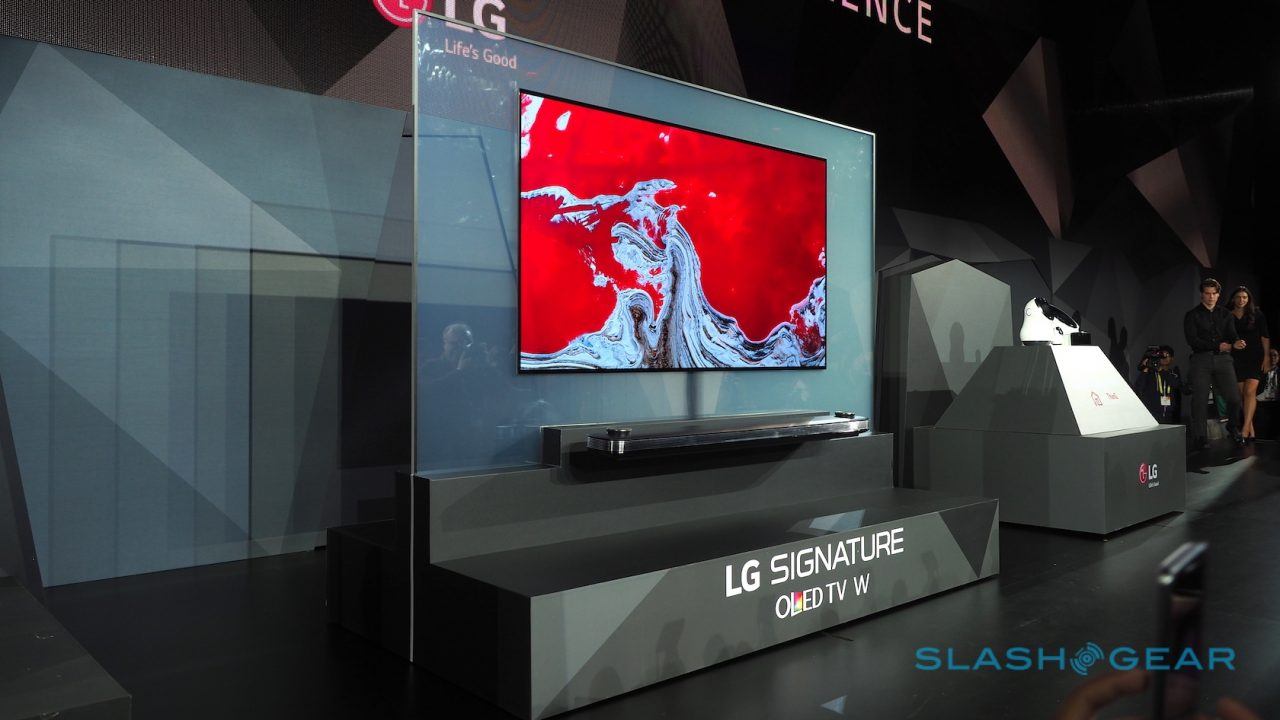 CES and vast TVs go hand-in-hand, but the 3D and curved sets of previous years haven’t really set the market alight. LG’s OLED TV W-Series could, though, with its combination of incredible picture quality and dramatic thinness. LG has really pushed OLED to its natural conclusion, a wafer-thin panel so slender it can bend if you pull the corner where it hangs flush to the wall. Sure, it’ll inevitably be painfully expensive, but the technology and design excellence here is undoubtedly award-worthy. 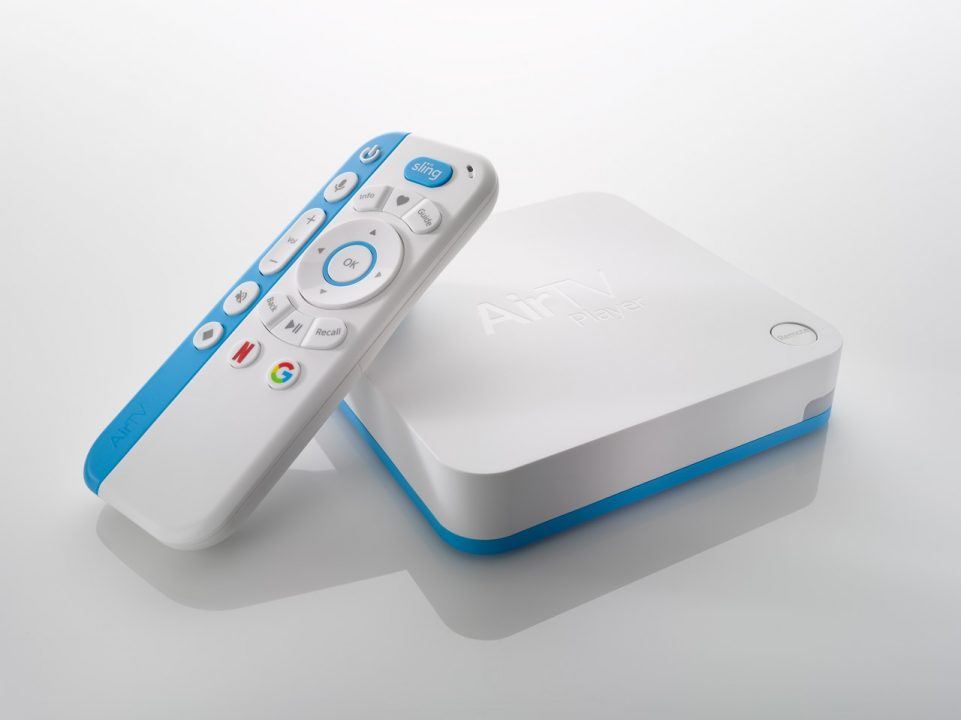 Android-powered set-top boxes are already offered by a number of companies, but DISH pushes the boat out with the AirTV and throws in over-the-air TV support. For $129.99 you get Sling TV’s subscription-based live TV, OTA TV support if you plug in your antenna, and on-demand service support for things like Netflix. Add the straightforward remote control and you’ve got a cord-cutting winner. 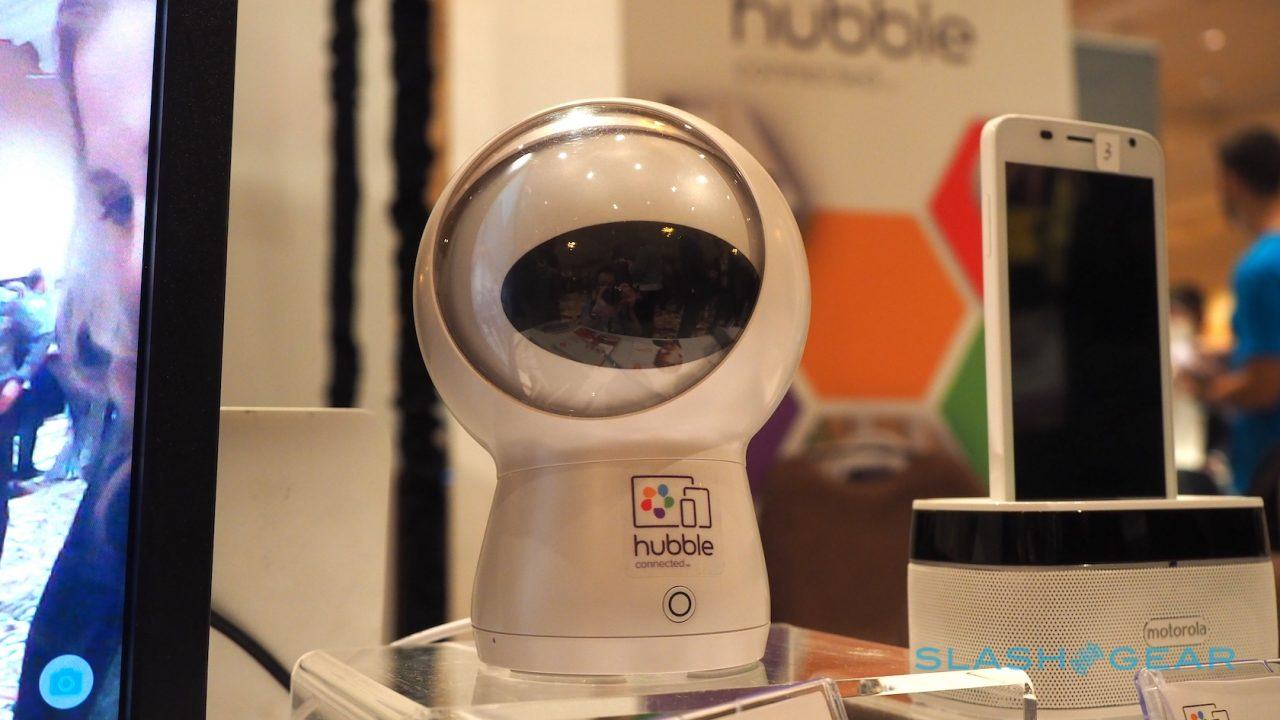 Amazon Alexa has been everywhere at CES 2017, but one of the most interesting places the virtual assistant has appeared is in Hubble’s Hugo. Shaped like an oversized robot eyeball, the rotating connected camera can not only track people round the room and recognize faces, but respond to questions with Alexa. It’ll even figure out your mood based on your facial expressions. 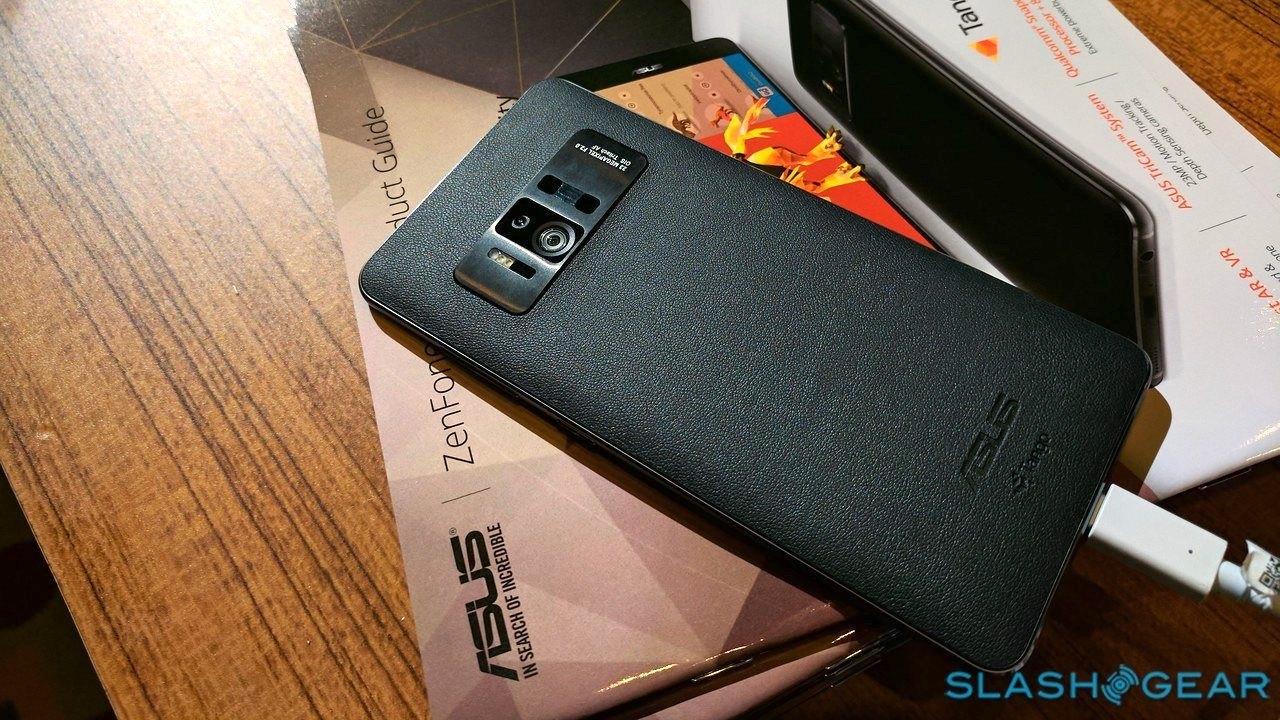 Google’s Project Tango technology is still only just filtering into the real-world it promises to map so accurately, but ASUS’ ZenFone AR is the most convenient form-factor for it we’ve seen so far. It’s neither too vast to dwarf your hand or pocket, nor too small to miss out on the augmented reality that makes Tango so special. Throw in Google Tango support, and you have a clear winner. 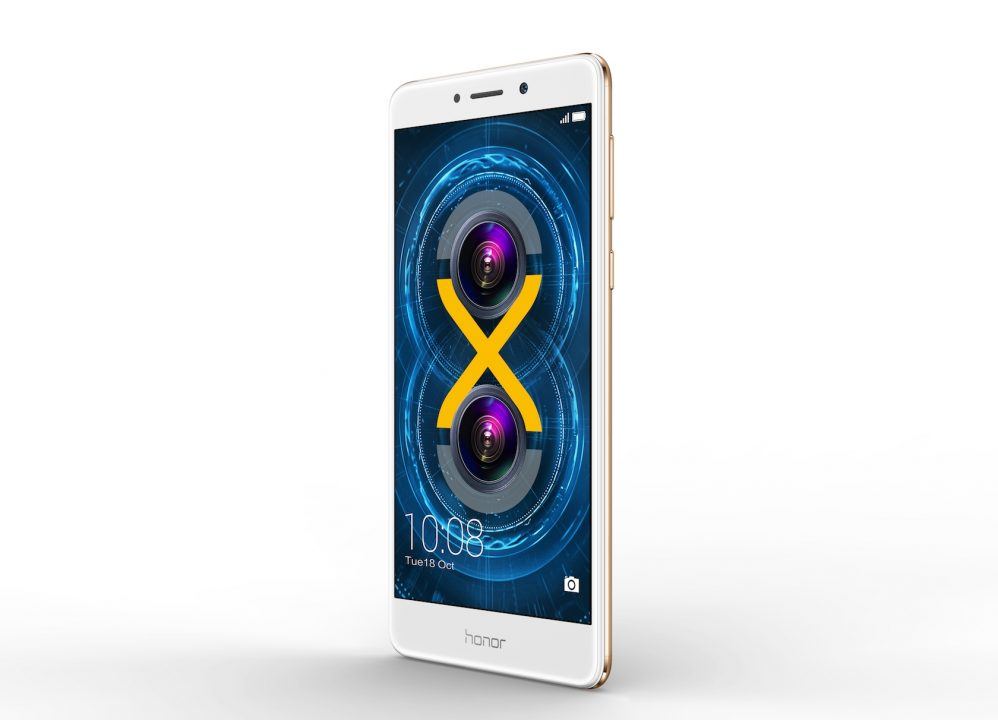 Huawei’s Honor sub-brand may be comically obsessed with Millennials, but it turns out they’re getting an excellent deal on Android smartphones. The Honor 6X is expected to hit the streets at comfortably under $250, yet you still get twin cameras for the sort of faux-bokeh portrait photography the iPhone 7 Plus makes its calling card. A software update to Android Nougat expected in the coming months will answer our only real lingering concern. 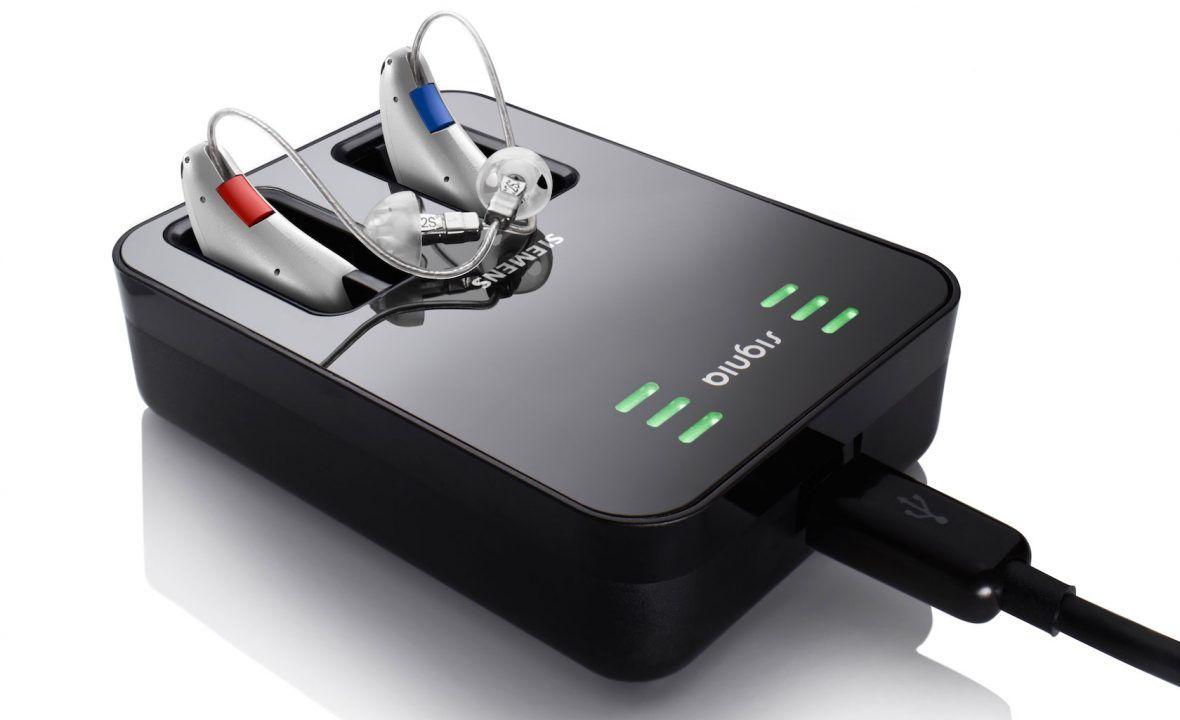 Hearing aids so good, you might start wishing you suffered hearing loss. That said, Signia’s new Cellion aids are so discrete, offer streaming support from a variety of sources courtesy of the myHearing app, and are IP68 water-resistant, so we could completely understand if they became your headphones of choice. 24 hours of battery for continuous streaming, not to mention inductive charging support, round things out. 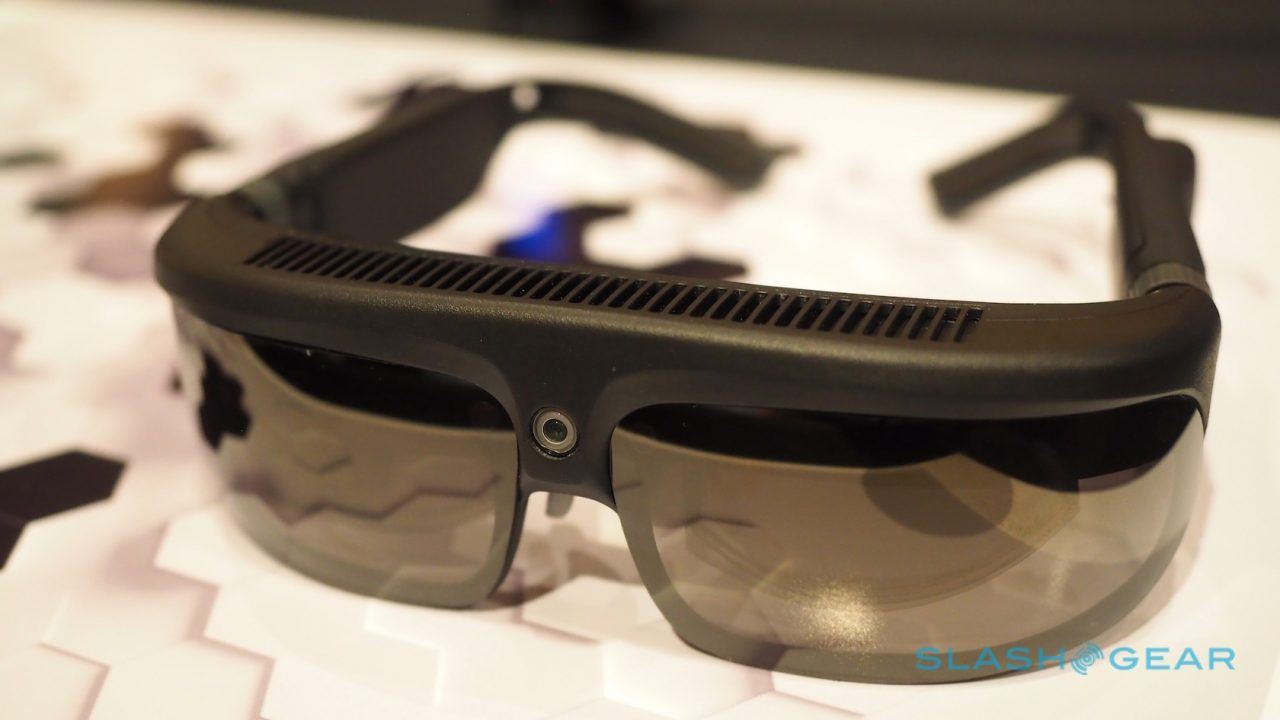 With the dismal failure of Google Glass it seemed like only gimmicks such as Snapchat’s Spectacles would crack the smart glasses market, but Osterhout Design Group (ODG)’s R8 and R9 wearables could buck that trend. The first devices to use new Qualcomm’s Snapdragon 835 chipset, the sunglasses-styled headsets offer binocular augmented reality displays at up to 1080p resolution, battery life for a day of use, and the flexibility of full Android 7.0 Nougat. We’ve been teased with AR for many years, but the R8 and R9 really feel like all the pieces have finally come together.

It may not be as striking as the Power-Loader from Aliens, but Hyundai’s H-MEX Exoskeleton has the potential to be a whole lot more life-changing for those without the ability to walk. Designed to get people out of wheelchairs and back on their feet – albeit supported by a gantry of straps, struts, and motors – the H-MEX is surprisingly straightforward to learn, too. Hyundai tells us it’s working on a production model with regulatory approval, and hopes to have it on the market in a few years time. 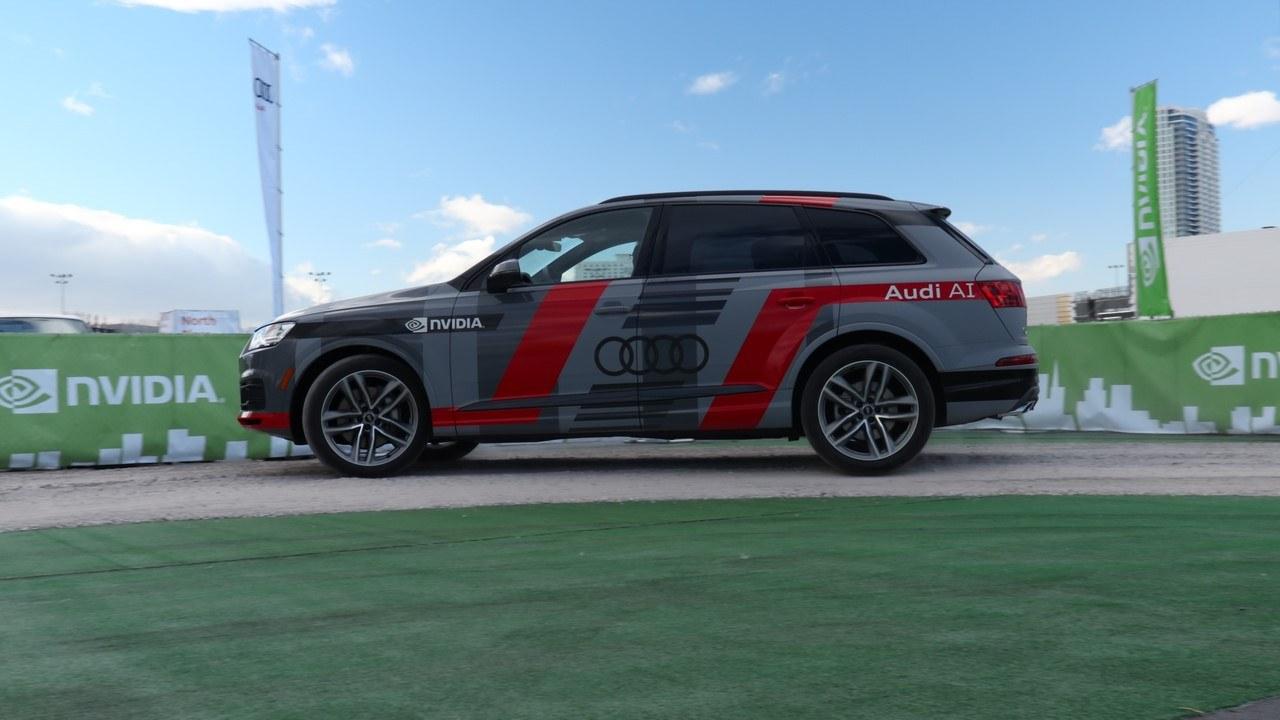 Autonomous vehicles are no strangers to the halls of CES, but Audi and NVIDIA’s collaboration on a self-driving Q7 is worth some extra attention. Dubbed the “world’s most advanced AI car” it’s set to hit the roads in just three years time, with the ability not only to navigate by itself but track the people inside, acting as a smart co-pilot even when a human is at the helm.

Take NVIDIA’s Android-based SHIELD set-top box, throw in SmartThings for complete smart home automation, and then add Google Assistant for voice command support. If that’s not enough to bring your house up into the 21st Century, the plug-in SPOT wireless microphone will, for around $50 a pop, extend that voice control into as many rooms as you like. Flexible, far-reaching, and above all easy-to-install.

HTC and Valve’s collaboration on virtual reality, VIVE, is already one of our favorite VR systems; now, with the VIVE Tracker, you can bring other objects into your virtual world. Effectively the localization beacon from a VIVE controller, detached and intended to be added to anything you want to feature in your VR environment, it’s exactly the gadget virtual reality experience developers have been asking for. Whether it’s mounted on a camera, a gun, or even your hands and arms, it opens the door to a whole new level of interaction in VR.

LEGO has come a long way since plastic bricks, and LEGO Boost demonstrates just how relevant it can still be as a learning platform. Intended to teach kids how to program, Boost slots in underneath the existing Mindstorms system as an approachable introduction to code. The fact that the fun robots you can build with it are likely to appeal just as much to parents, means LEGO Boost should be one toy kids keep coming back to.

Most Disruptive of CES 2017 – Toyota Concept-i 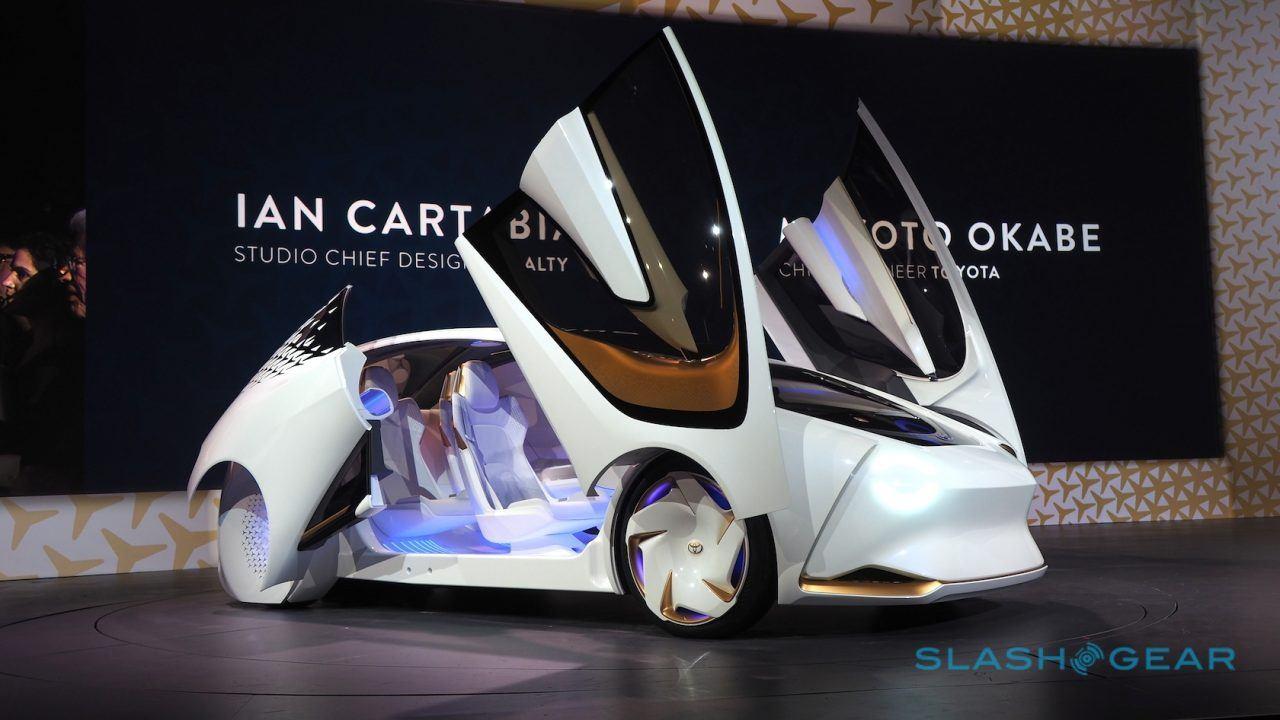 Autonomous cars are complicated beasts, that much is clear, but how much better must a robotic driver be in order for humans to trust it? That’s the question Toyota sets out to answer with the Concept-i, and though the shuttlecraft-like prototype may grab your attention with its eye-catching scissor-lift doors, it’s the artificial intelligence that really makes it new in the self-driving car world. As Toyota sees it, a computer with softer edges – that works with, rather than threatens, our human sentiments – is vital if we’re to hand over the reins en-masse. The Concept-i may not be what Toyota’s production autonomous car looks like, but it’s raising legitimately vital questions that many other such vehicle projects have overlooked.

Best of CES 2017 – BMW HoloActive Touch / i Inside Future Concept

Squeezing into the 2017 calendar just ahead of the Detroit Auto Show, CES has increasingly seen automotive technology steal the limelight. BMW’s i Inside Future Concept and HoloActive Touch interface stands out from the rest, though, with its combination of holographic controls, ultrasonic haptics that “float” in midair, and a fully-customizable digital dashboard. Blending some stereotypically-CES razzle-dazzle with a legitimately clever implementation of new technology, it’s a fitting winner of SlashGear’s Best of CES 2017 award.

Find all the news from the 2017 Consumer Electronics Show in our CES Hub!