New NVIDIA SHIELD TV hands-on at CES 2017: all about that controller

My initial experience with NVIDIA SHIELD 2017 was a positive one. While the device does not – at first – seem to be all that different from its predecessor, several key distinctions make the release of 2017’s SHIELD an important one. One of these is the dedication to legacy users NVIDIA is showing with this new product – all software features and connectivity to new devices will be given to the previous model – it’ll work just as well as this new one. 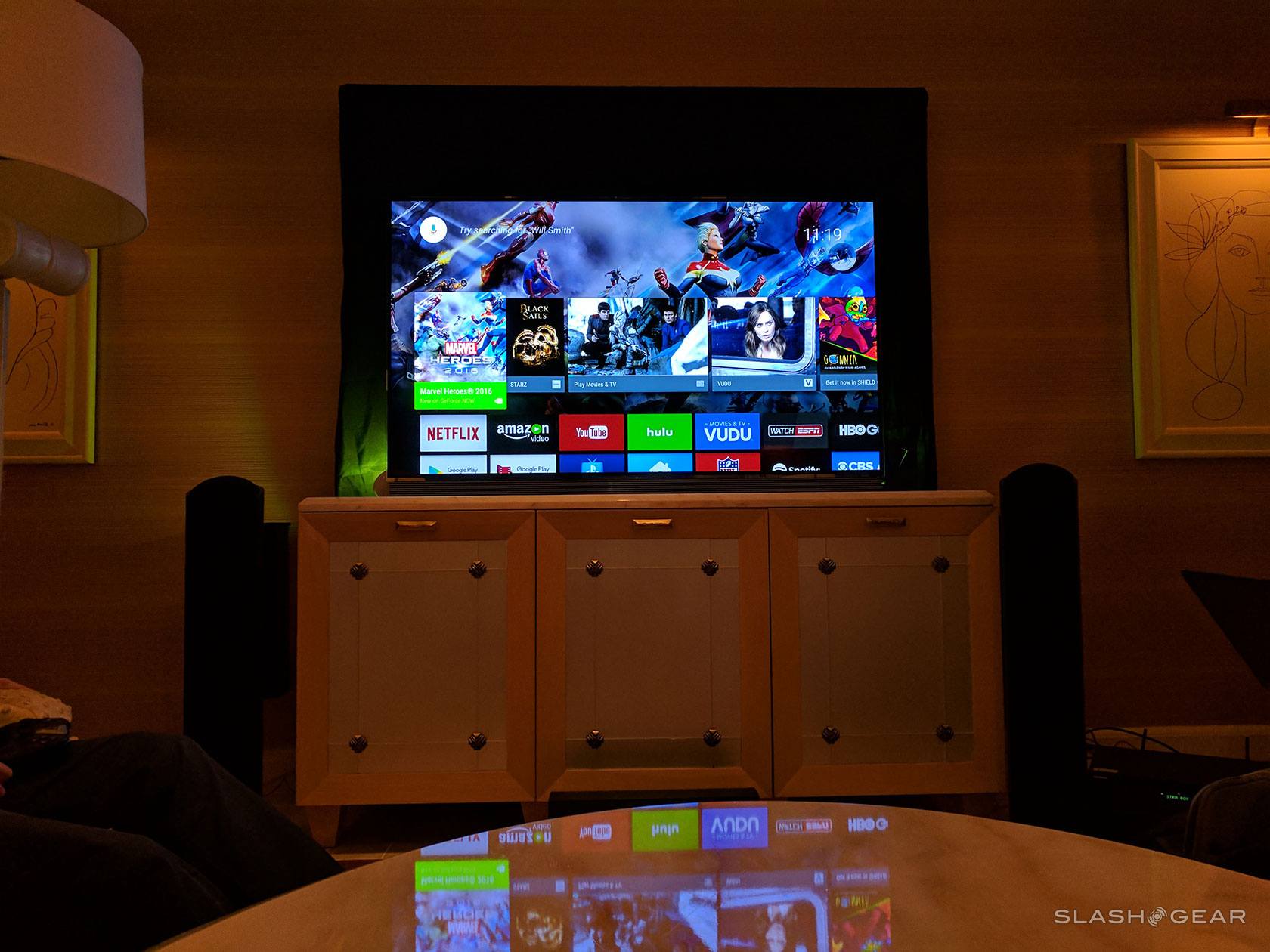 This new model is not one that an original SHIELD owner will need to upgrade to – not unless they like the idea of a slightly smaller piece of hardware to set beside their television. Instead, people who already own an NVIDIA SHIELD Android TV will want to consider buying the new gaming controller on its own.

The new NVIDIA SHIELD may seem the same, spec-wise, but the hardware is quite a bit different. The device is now shipped with both the TV remote and the game controller – the new game controller. It’s important to note that the old NVIDIA SHIELD Android TV will work with the new controller, the new software, and the same apps and streaming capabilities. 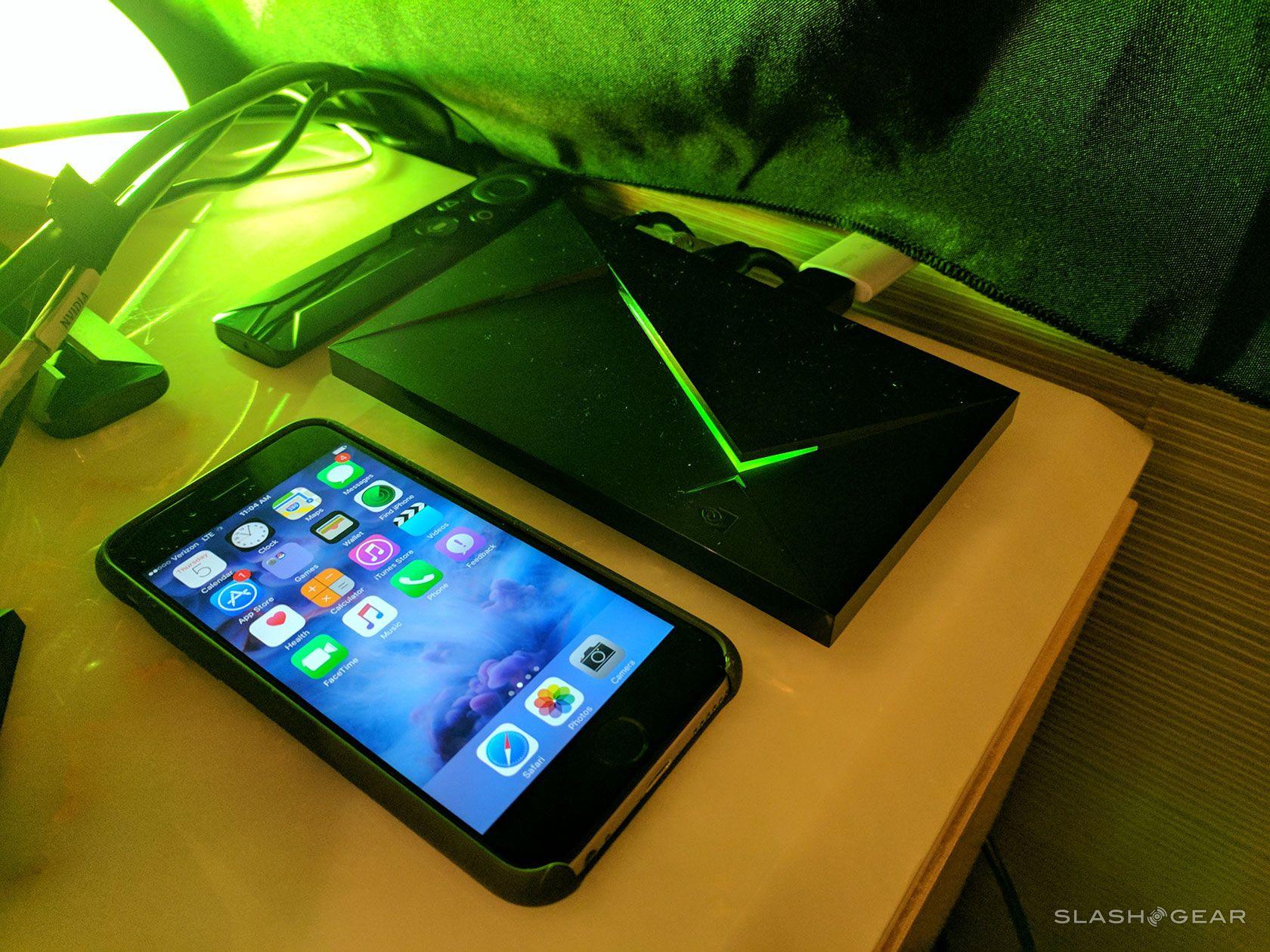 So what’s new? The device is smaller – it’s about the size of a
journal now instead of the size of a DVD case. It’s right around the same thickness as its predecessor at its thickest point, and it retains the signature touch-sensitive on button and light-up SHIELD green checkmark on the box. The base is a bit different – it looks really similar as the design aesthetic of the hardware is similar, but the base is more rubbery-coated heavy plastic instead of metal. 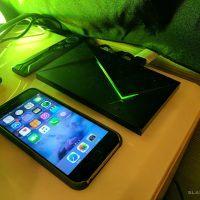 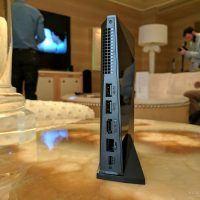 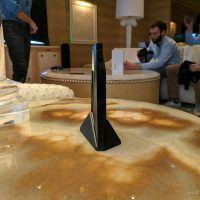 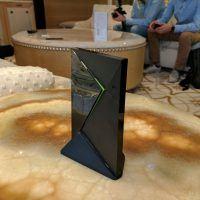 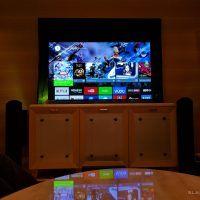 This new controller now has vibration to roll with gaming immersion – stuff that rumbles in a game now rumbles on the controller. The controller now has an IR blaster to change volume on the base set, and all capacitive controls have been changed to analog, now there’s just capacitive volume control. The touchpad has been removed – since apparently not a whole lot of people used it. 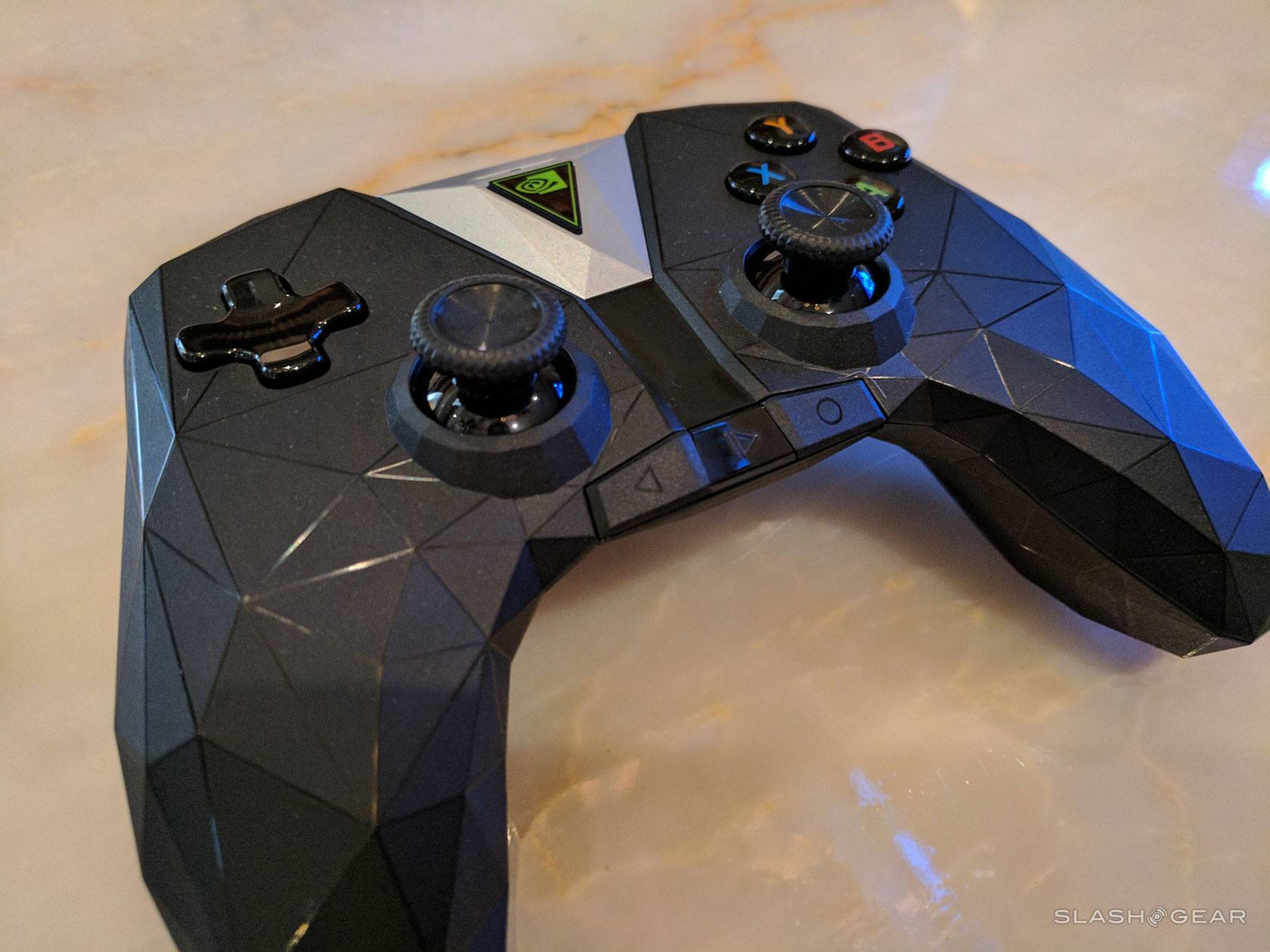 This new controller no longer uses an LED behind its SHIELD button to notify the user when it’s active. The touch-sensitive SHIELD button has been replaced with an analog push button, and the controller is now turned active when the user lifts it from the table. The controller is said by NVIDIA to be “always on” when it’s working with Google Assistant – it’ll listen for your keywords “OK Google”, but otherwise it’s running with very little battery drain.

Of course we’ll have to test battery life for ourselves when we get our own review unit, but we’re crossing fingers for longevity. The device detects when the user has picked it up with an accelerometer. 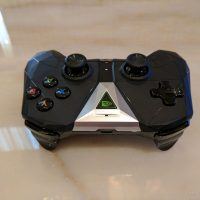 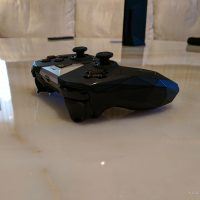 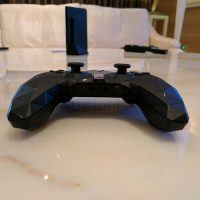 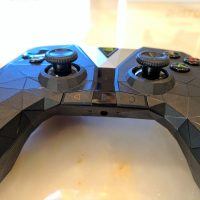 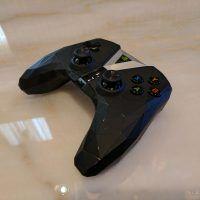 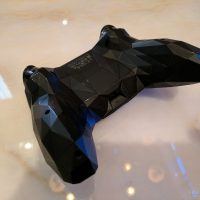 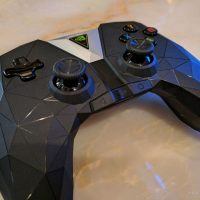 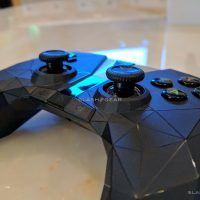 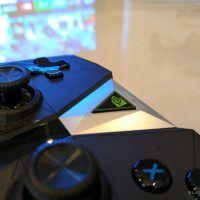 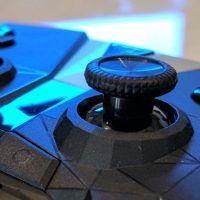 Playing Titanfall II streamed from a high-powered gaming PC in the same room made for an impressive demo. The streaming capabilities of this console are just as excellent as they were with the previous NVIDIA SHIELD Android TV unit. The big difference here is in the controller – with Titanfall II, the controller rumbles.

Rumbling in the controller is a subtle difference makes the SHIELD feel a significant amount more like an Xbox One or a PlayStation 4. I hesitate to say it makes the SHIELD more like a “real” gaming console because the SHIELD is a very different monster. Every other feature will be available for the original NVIDIA SHIELD Android TV device because NVIDIA is cool like that.

The new controller will cost $60 USD purchased with NVIDIA online or through one of their retail partners. This device is currently on pre-order through NVIDIA – as is the first of two NVIDIA SHIELD consoles. The NVIDIA SHIELD TV device will come with both the standard controller and the gaming controller and will cost a cool $200 USD. There’ll be a larger version of the console for $300 that’ll have more internal storage as well – that’ll be available later this year.