With NVIDIA‘s laser focus on gaming hardware, you’d be forgiven if you forgot that it actually partnered with Audi seven years ago. Today, we’re getting a look into what that partnership will eventually yield: advanced AI cars on the road by 2020. That’s according to a joint announcement NVIDIA and Audi made during a CES 2017 presentation.

It’s easy to see where Audi fits in here – the company has made autonomous driving a key focus in recent years. Audi has an ambitious plan to release the first Level 3 autonomous car by the end of 2017. Just one step below fully autonomous driving, a Level 3 car would still require a driver but would be able to handle all critical driving functions in good conditions.

At a TechTalk round table hosted by top Audi and NVIDIA executives, Audi of America President Scott Keogh touched on that Level 3 autonomous car. He kept the message straightforward for folks who may not be familiar with autonomous cars, avoiding too many details of how the sausage is made. “Our message to the lay person for Level 3 autonomous is 1) the safety aspect and 2) convenience,” Keogh said.

What happens once we move past this level 3 autonomous car and further into the self-driving future, though? That’s where NVIDIA comes in. Using NVIDIA’s DRIVE PX AI platform for self-driving cars, NVIDIA and Audi plan to introduce cars that use deep learning and AI neural networks to understand the environment that surrounds them. Such a car would help make roads safer and, as NVIDIA CEO Jen-Hsun Huang noted, make the ride more comfortable for the driver, adapting to their needs and making adjustments based on their preferences. 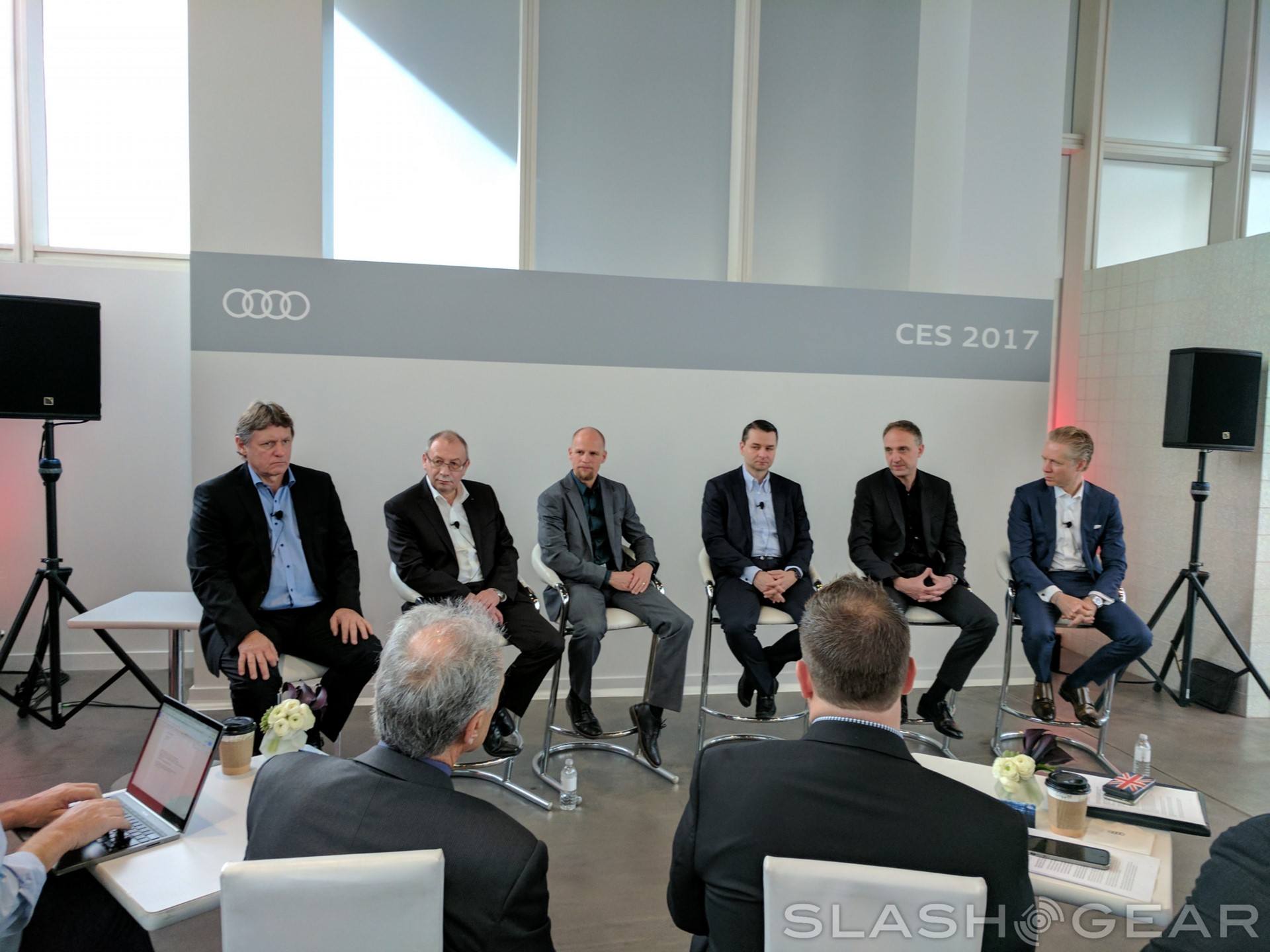 For instance, the car may change the climate control to line it up with the preferences of the people riding along. Maybe it opens and closes your garage door automatically, or knows the best route to take to your office each day. All the while, NVIDIA says, the car’s AI will respond to your requests in natural language.

That’s going to be quite the undertaking, but we’re already seeing hints of such a car in Audi’s real-world tests. Back in 2015, we raced against an RS 7 that was able to learn the track it was competing on after just three laps. Beyond that, Audi has started testing an AI-based traffic light system that can give drivers and their cars a heads up about upcoming light changes.

All of these tests will help Audi and NVIDIA work toward having AI cars capable of deep-learning on the road by 2020. Visitors to CES 2017 will be able to see the early stages of this technology in person, participating in a demo that puts them in the back seat of a piloted Audi A7 (pictured above) with no one behind the wheel to act as a chauffeur.

We’ll also see some early fruits of this partnership in the Level 3 autonomous A8 when it launches later this year, as it integrates both NVIDIA hardware and software. We’ll absolutely be looking forward to more information about Audi’s Level 3 autonomous A8 throughout the rest of the year, and many more details about these deep learning AI cars as we get closer to 2020. Stay tuned for more.