IFA 2013 has come and gone, and with the Samsung Galaxy Gear smartwatch, various super-sized (and often curved) TVs, and a number of superlative-toting smartphones, there was no shortage of geek appeal. As ever, the Berlin tech show saw a few key themes surface, and while not everybody is necessarily ready to snap a cellphone companion to their wrist, that didn’t stop manufacturers from trying to push everything from wearables to Ultra HD. Read on, then, as we run through the best of IFA.

Samsung’s press conference has, over the past couple of years, become the highest-profile event at IFA, not to mention one of the largest booths at the show. This time around, the hefty launch treatment went on the Samsung Galaxy Note 3, Galaxy Gear smartwatch, and the Galaxy Note 10.1 2014 Edition. What’s perhaps interesting is that all three are relatively niche products in the grand scheme of Samsung’s total range, though the Korean company’s heavyweight status left them some of the most-discussed of the show.

Sales of the previous Note handsets means the Note 3 was an inevitability, and Samsung sensibly opted to refine its note-taking functionality rather than succumb to the temptation of throwing dozens of bells & whistles at the “phablet”. Those who actually value the S Pen should see a legitimate improvement in handwriting precision and how easily information can be collated and managed.

As for the Galaxy Gear, the jury is still out not only on Samsung’s smartwatch but on smartwatches in general. Unlike alternatives from Pebble and Sony, the Galaxy Gear aims for more functionality, almost being a standalone device on its own. That makes for an expensive gadget, though, especially when viewed alongside the (subsidized) price of the Note 3 it’ll initially only work with.

The Note 3 wasn’t the only big phone we saw at the show. Samsung’s phone spoiled Acer’s 4K camera exclusivity on the Liquid S2, forcing it to describe it as merely the first-announced handset will Ultra HD video recording, rather than the only one, while Alcatel opted for convergence with its OneTouch Hero, building in support for snap-on accessory covers – such as an E Ink display and pico-projector – to enhance its functionality. 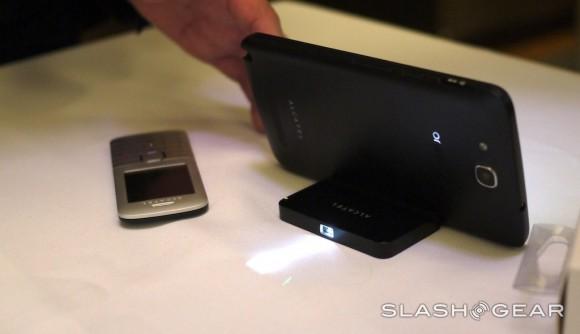 In tablets, meanwhile, Windows 8 got a second attempt at the 8-inch form-factor courtesy of Toshiba’s Encore, but Android still dominated, with Samsung’s pen-enabled slate going up against Lenovo’s S5000, though our favorite was probably LG’s G Pad 8.3, which manages to take some of the best of the G2 smartphone and scale it up to neatly fit the hand. We saw some oddball options, too; Panasonic’s Toughpad 4K UT-MB4 isn’t, at several thousand dollars, going to find its way onto many consumer laps, but a 20-inch Ultra HD display is something to be proud of.

Big TVs always make an appearance at IFA, and 2013’s show was no exception. After Ultra HD made a splash at last year’s event, 4k resolution didn’t stint this time around. Most of the big brands had an Ultra HD presence, but for 2013 OLED got the 4k update, including the curved versions revealed twelve months ago.

Of course, OLED (never mind curved OLED) is still a niche technology, but that didn’t stop Samsung and LG from sparring over the hardware. Samsung’s 55-inch version looked great, but LG won in size, with a 77-inch curved Ultra HD OLED ticking all the buzzword boxes. Sony, meanwhile, was left to snipe from the sidelines, with a 56-inch Ultra HD OLED it claimed was brighter and more color-rich than the South Korean alternatives, but at the same time conceding that it was nowhere near ready for production. 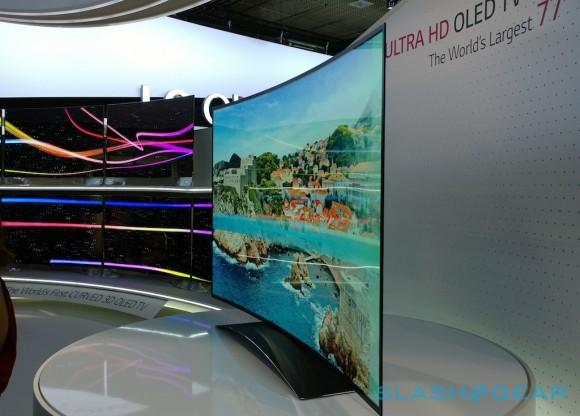 As for the interesting extras, IFA didn’t disappoint. Ricoh made an unusual argument for standalone cameras with the Theta, capable of snapping a 360-degree image in a single shot, while PocketBook showed off an e-paper cover for avid Galaxy S 4 readers to turn their Samsung into a Kindle. Sony’s Lens Cameras are certainly interesting, though whether they offer sufficient image quality advantages to make the extra bulk on your smartphone worthwhile remains to be seen. Meanwhile, Qualcomm quietly made its play to be the glue that holds tomorrow’s smart home together. 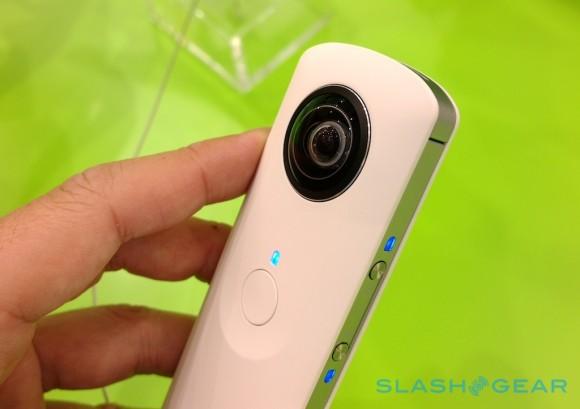 There’s plenty more on IFA 2013 in our full show hub, including the best laptops of the show, more TVs, and a few oddball announcements, so make sure to check there for all our coverage.