SlashGear’s Best of CES 2021 – The Tech that Mattered

It’s fair to say that CES 2021 was a tech show of firsts: no huge Las Vegas bonanza of gadgets and vast booths, but still plenty of news delivered up virtually instead. As always, the TVs were big, the laptops potent, and the oddball gizmos, well, odd. Read on for SlashGear’s best of this year’s show. 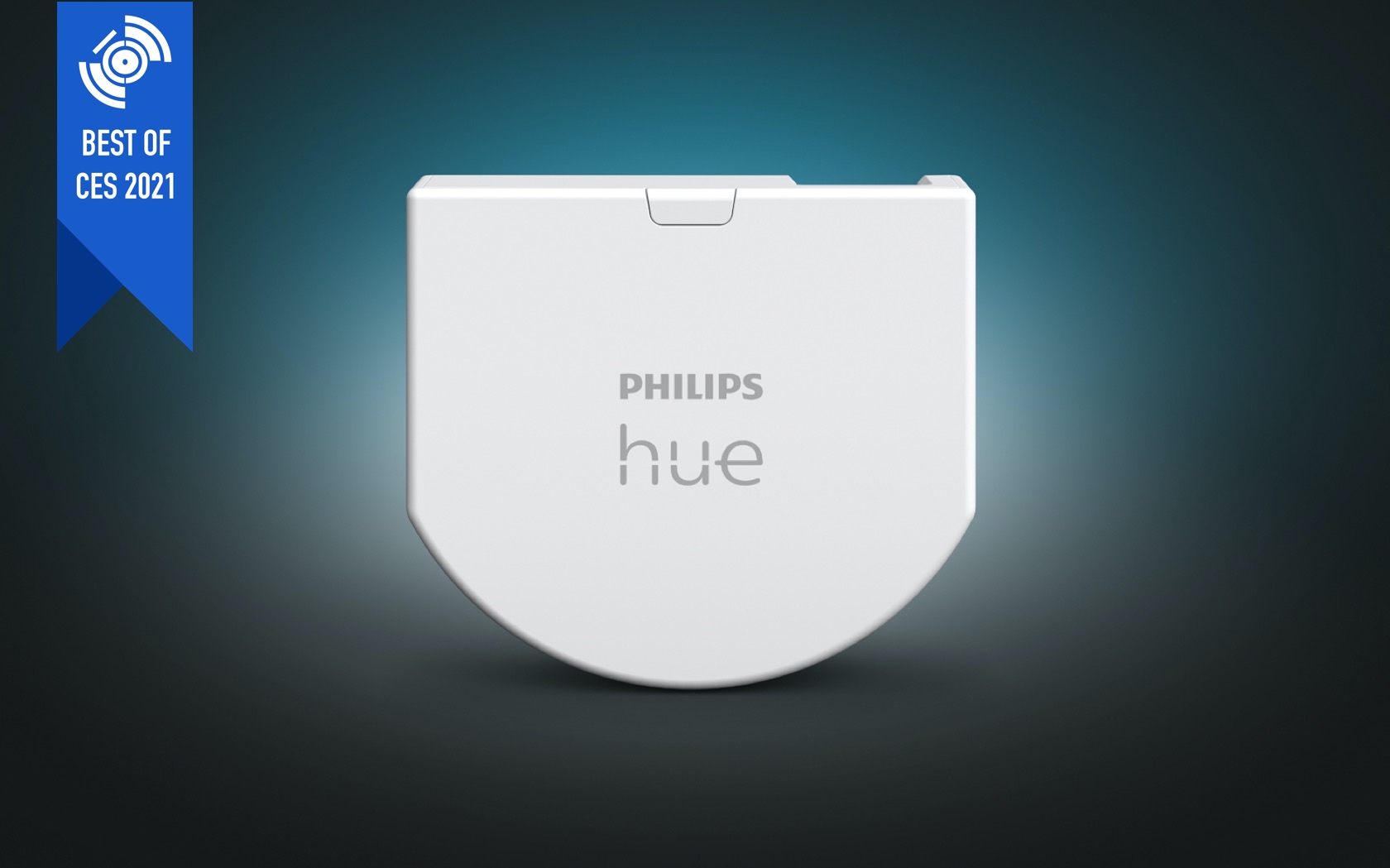 Filling a gap that Hue fans have long been requesting, the Hue Wall Switch Module slips inside a regular light switch and gives it a connected upgrade. No more inadvertently cutting your smart bulbs off from the network, and better still it can be programmed to launch a specific scene. The smart home never felt so unobtrusive. 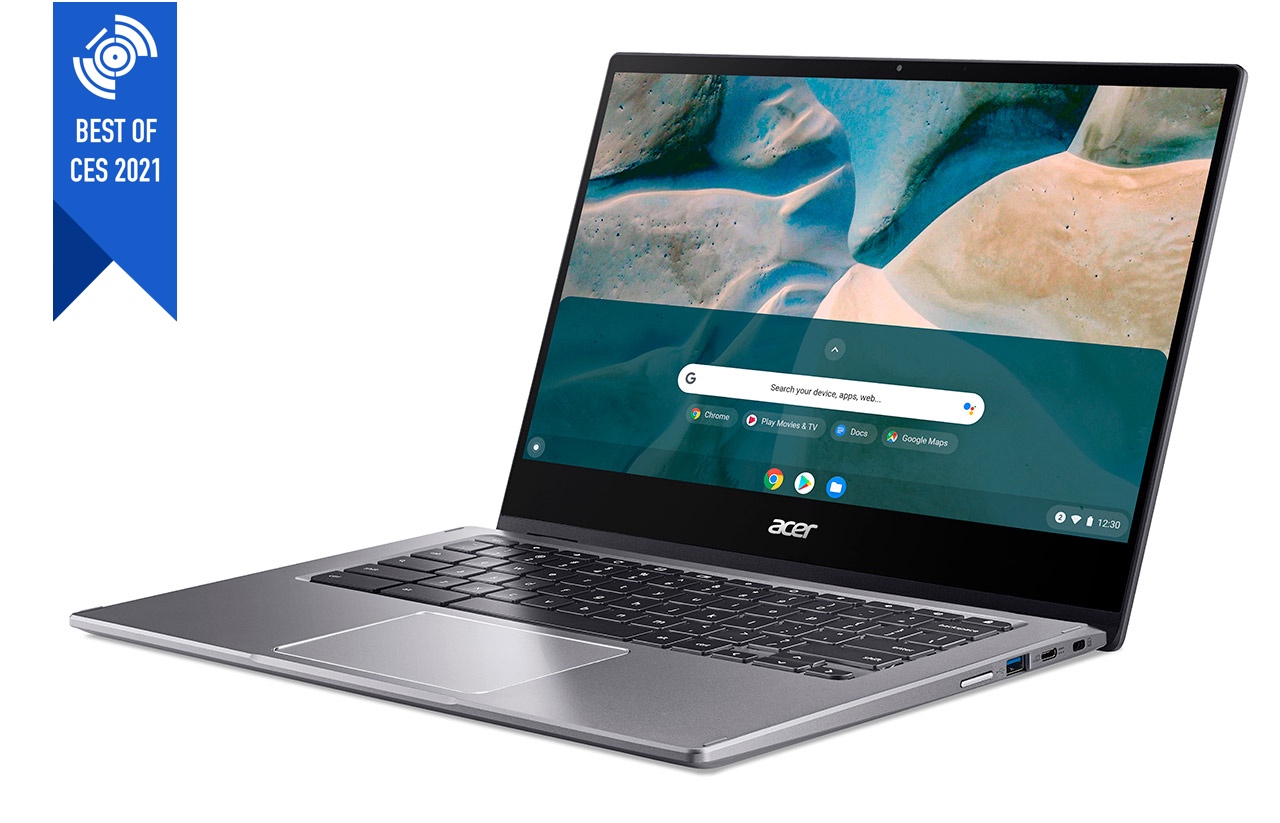 Sleek, tough, and ideal for our new working-from-home and homeschooling lifestyles, the Acer Chromebook Spin 514 also has the advantage of being affordable. $480 gets you a brand new Chrome OS notebook, complete with support for Android apps and a 360-degree hinge. 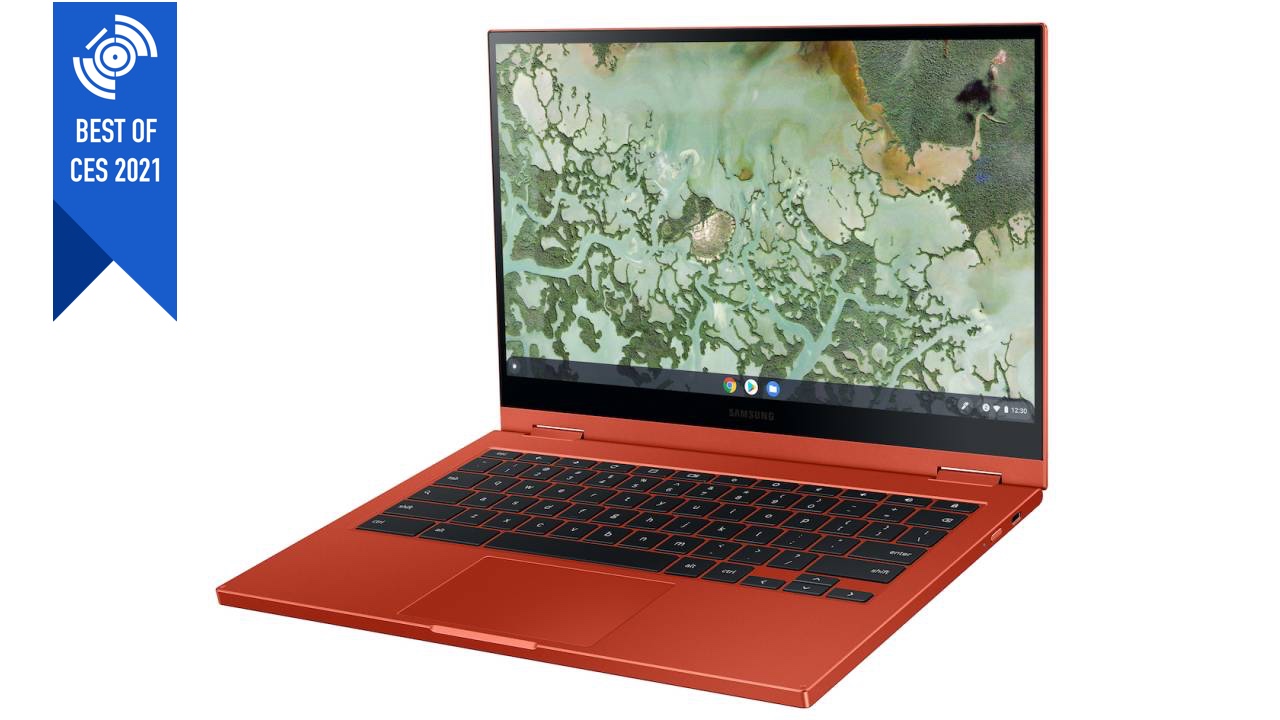 Following in the footsteps of the expensive-but-lovely Galaxy Chromebook 2020, the Samsung Galaxy Chromebook 2 has plenty to live up to. It hits the mark with a more affordable price tag, the same head-turning style, and a new QLED display. 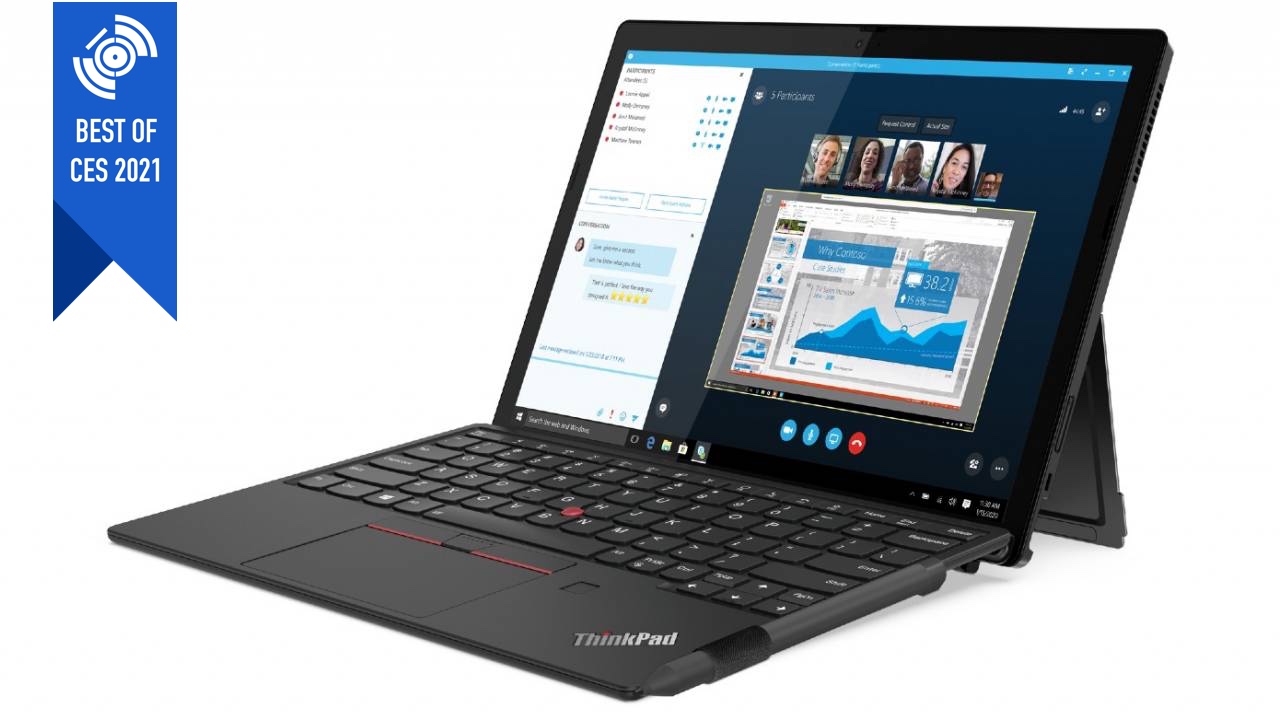 Lenovo’s ThinkPad range might not be the first place you’d expect to find a tablet, but then the ThinkPad X12 Detachable is no ordinary slate. Resolutely focused on getting things done, it doesn’t stint on hardware and usefully includes integrated LTE, still a rarity on Windows PCs. 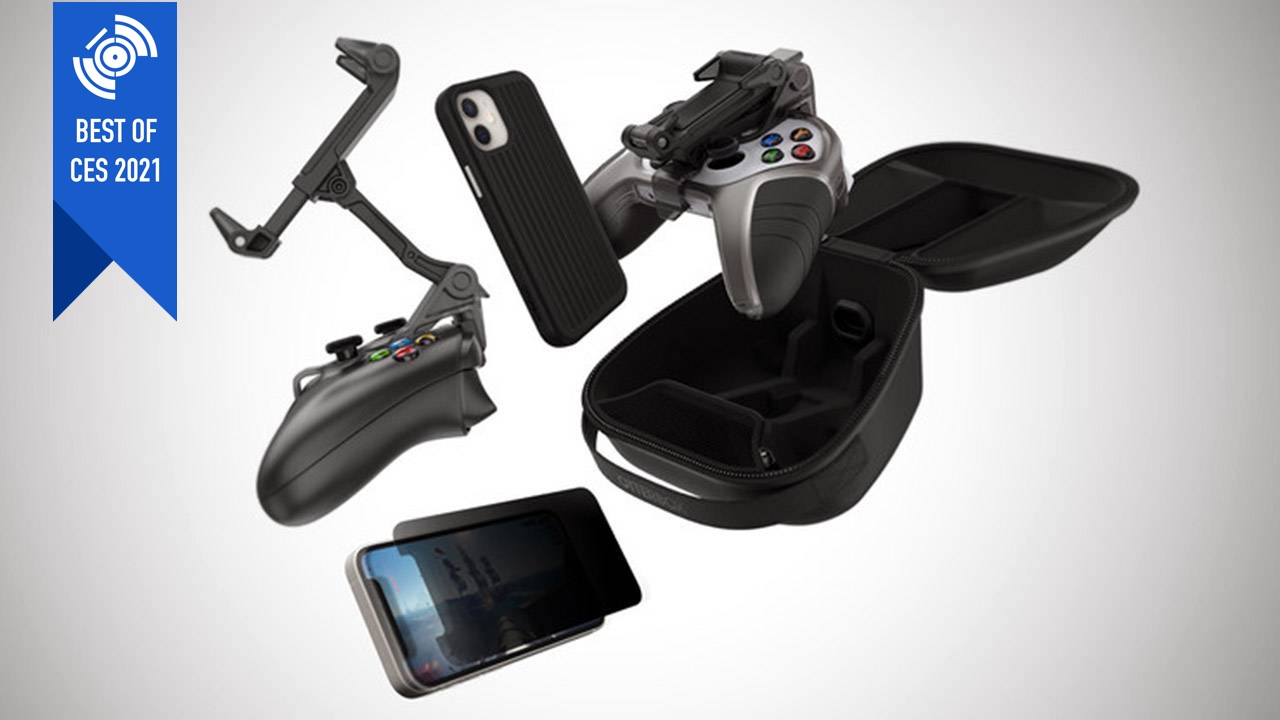 CES 2021 wasn’t short on potent gaming PCs, but it was OtterBox’s Xbox Gaming Portfolio that caught our eye. Intended to help make the most of Xbox game streaming, the range helps connect your phone to your Xbox Wireless Controller, as well as protecting it all in your bag. With next-gen consoles focusing significantly on game streaming, these are the sort of accessories no gamer on the go should be without. 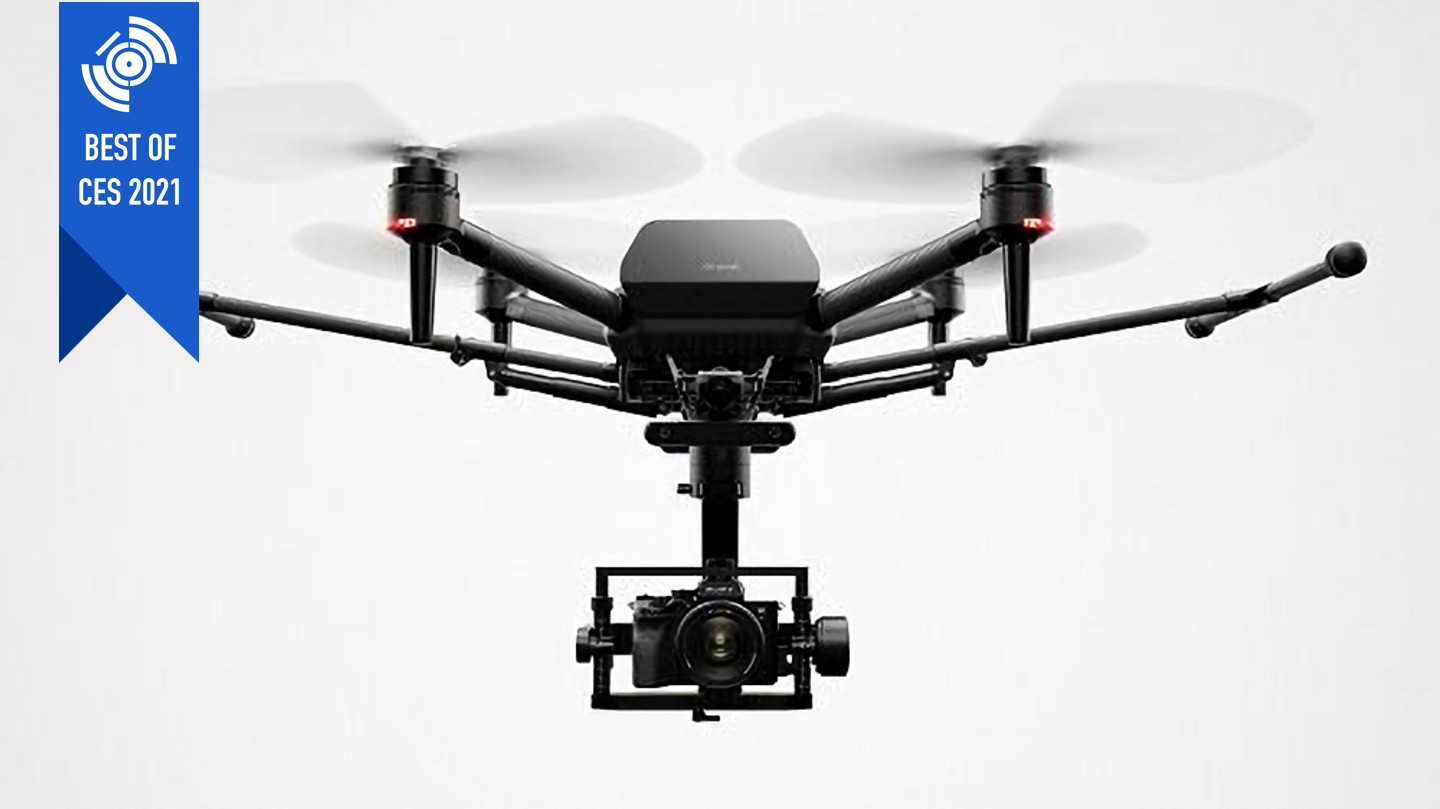 Drone, meet pro-grade photography. The Sony Airpeak isn’t the first time we’ve seen high-level camera tech loaded up onto a drone, but it promises to bring it out of the realm of big-budget movie and into the hands of a wider range of content creators. Given Sony’s well-deserved reputation in Alpha camera image quality, it’s no surprise that filmmakers and photographers alike are excited. 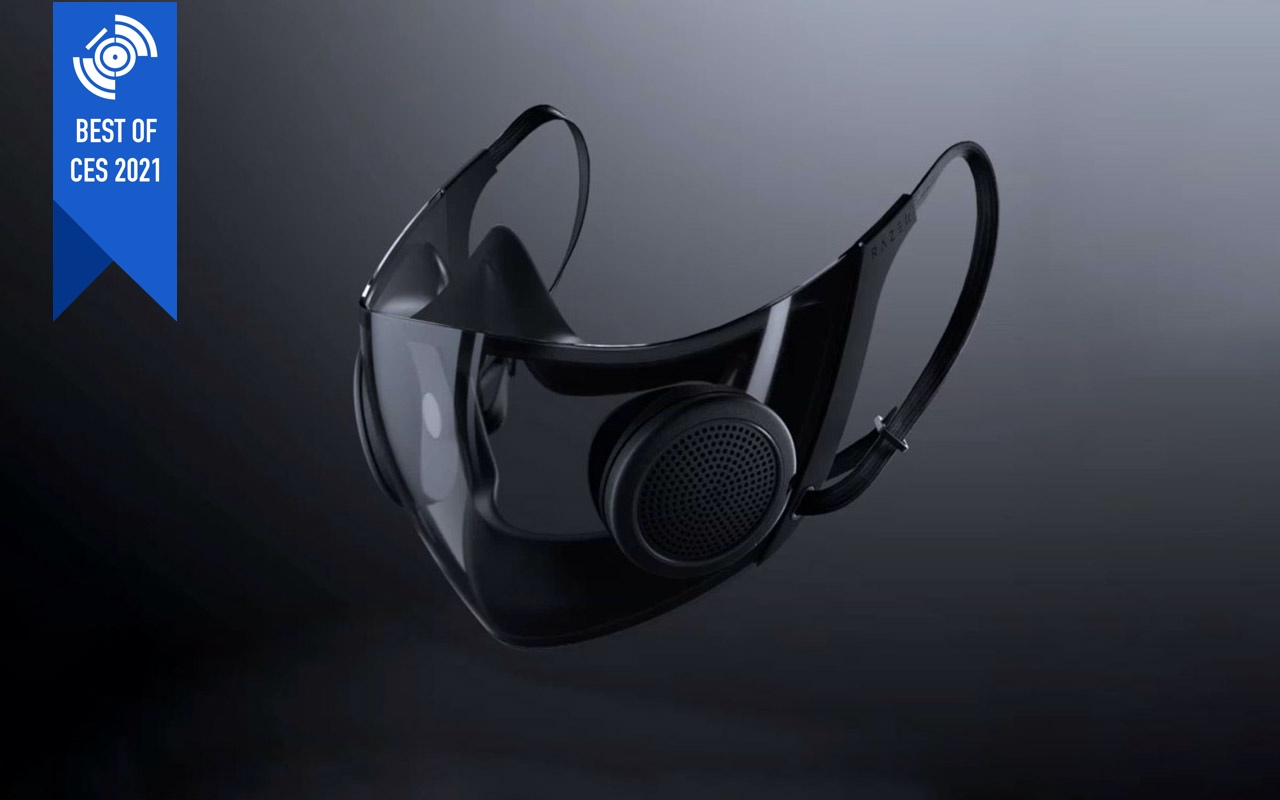 Only after 2020 could a smart face mask cause such a splash. Razer’s Project Hazel is – for the moment – a concept, but given the reception the color-changing, modular face mask received, we’d be very surprised if it didn’t graduate to a full product in the company’s range. 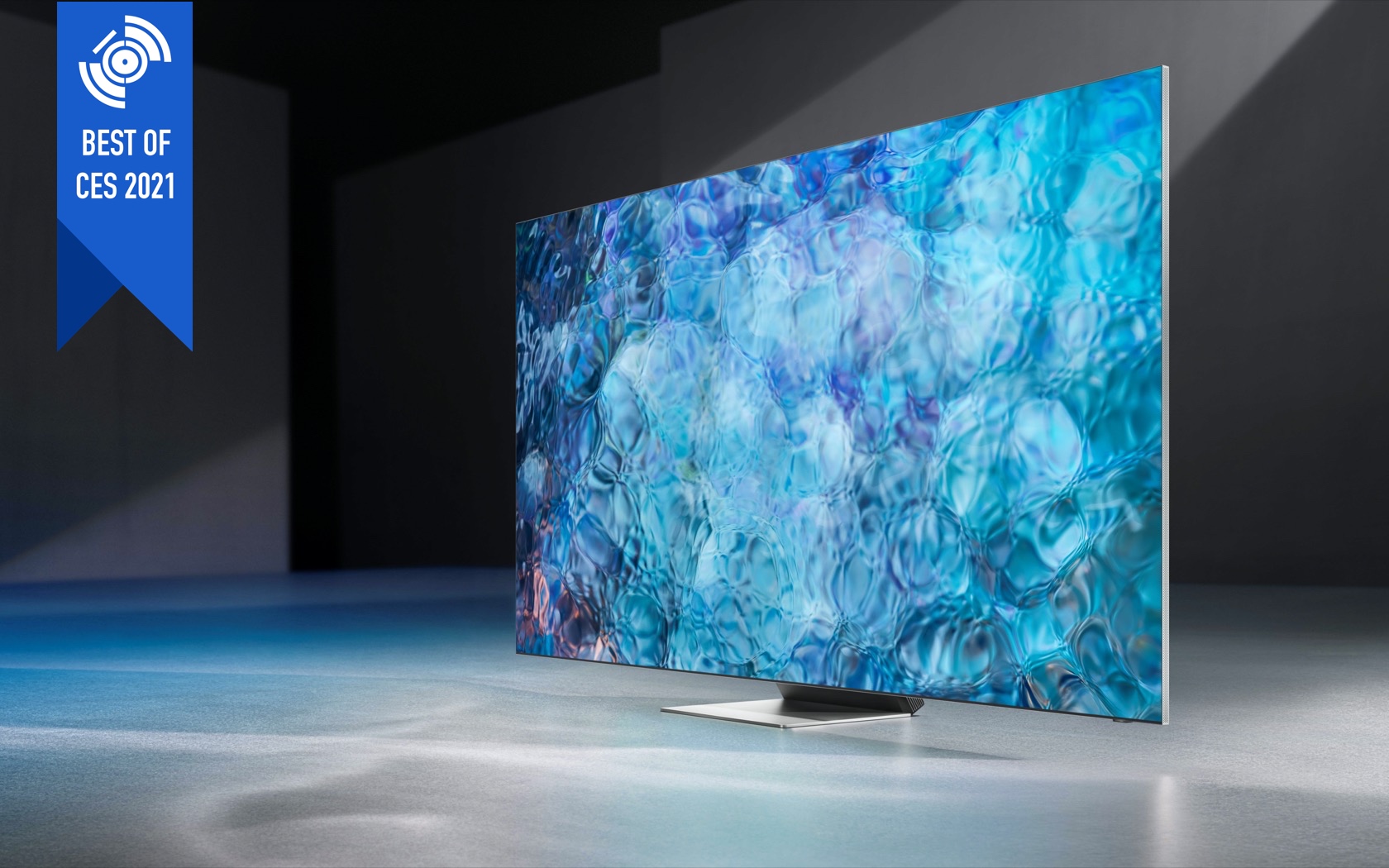 Bigger isn’t enough any more in TVs: picture quality is where it’s at, along with sleek design. Samsung’s Neo QLED 8K line-up isn’t quite as lavish as the company’s MicroLED sets, but that should make them much more attainable in 2021. They also come with the company’s clever solar-powered remote, doing away with disposable batteries. 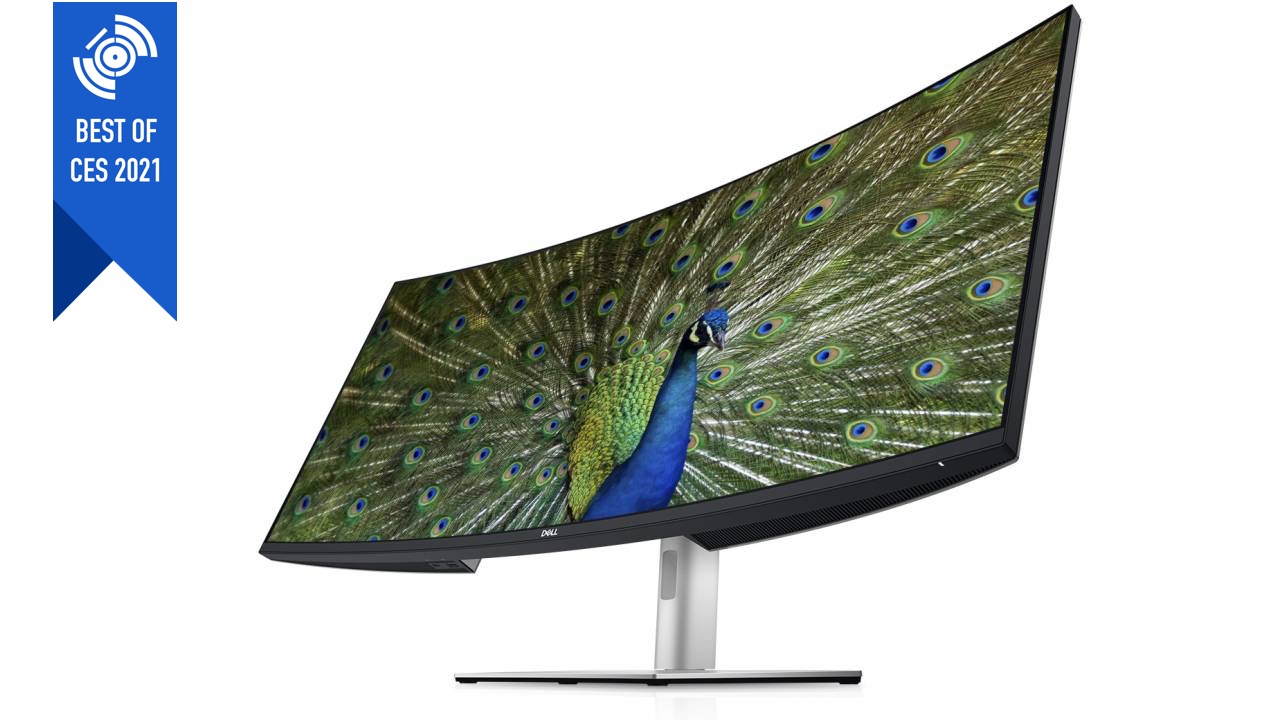 If you’re working from home, suddenly the screen on your laptop just may not be cutting it any more. Dell’s UltraSharp 40 Curved WUHD Monitor isn’t small, but its 5k2k resolution is certainly a luxury most of us would like to sit in front of. 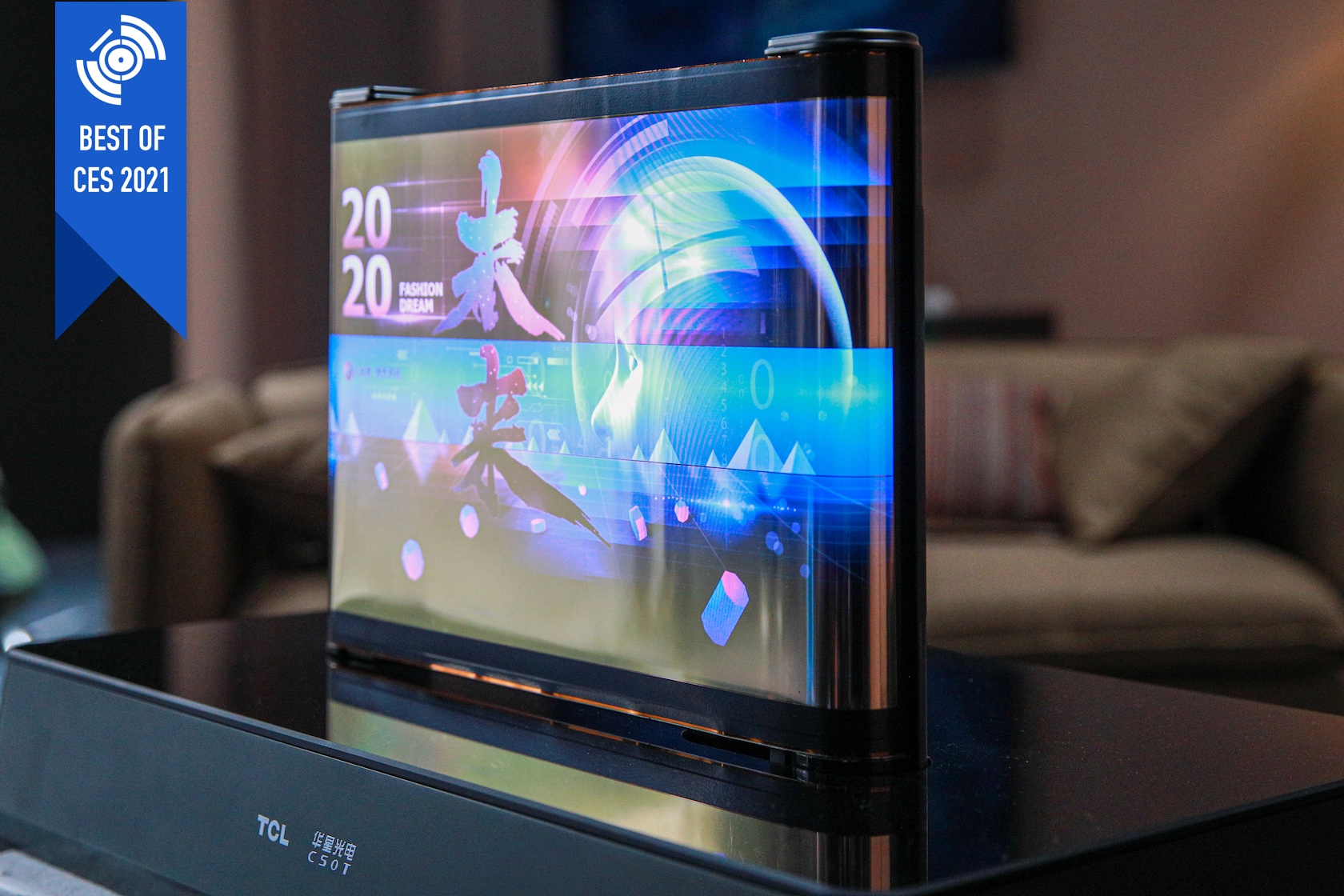 TCL may not be a household name in smartphones yet, but the company is aiming to change that. Its rollable and scrollable concepts look like science-fiction, but the company says it’s aiming to commercialize at least one of them, for those who demand a big-screen but in a more portable form-factor. 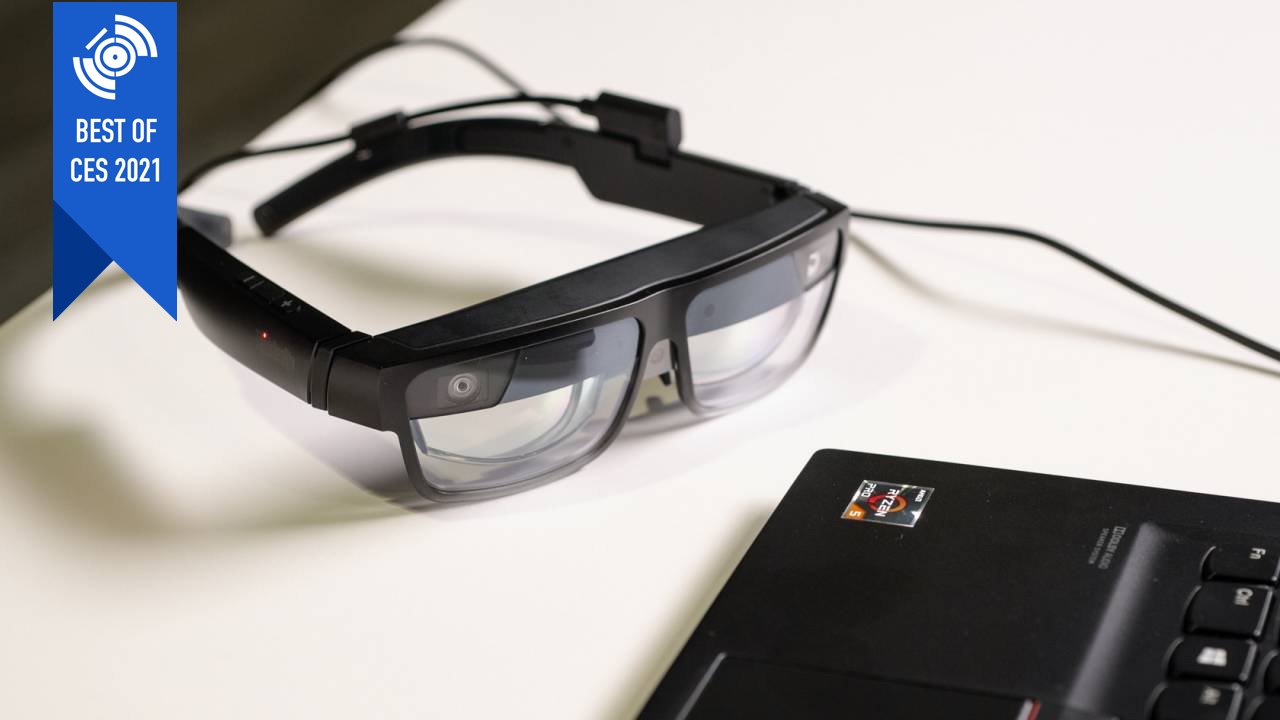 Want a big monitor, but stuck in a tiny apartment? Lenovo’s ThinkReality A3 smart glasses focus on adding functionality where it’s most useful, plugging into a Windows PC and allowing for up to five virtual displays to expand your desktop, regardless of the size of the desk itself. 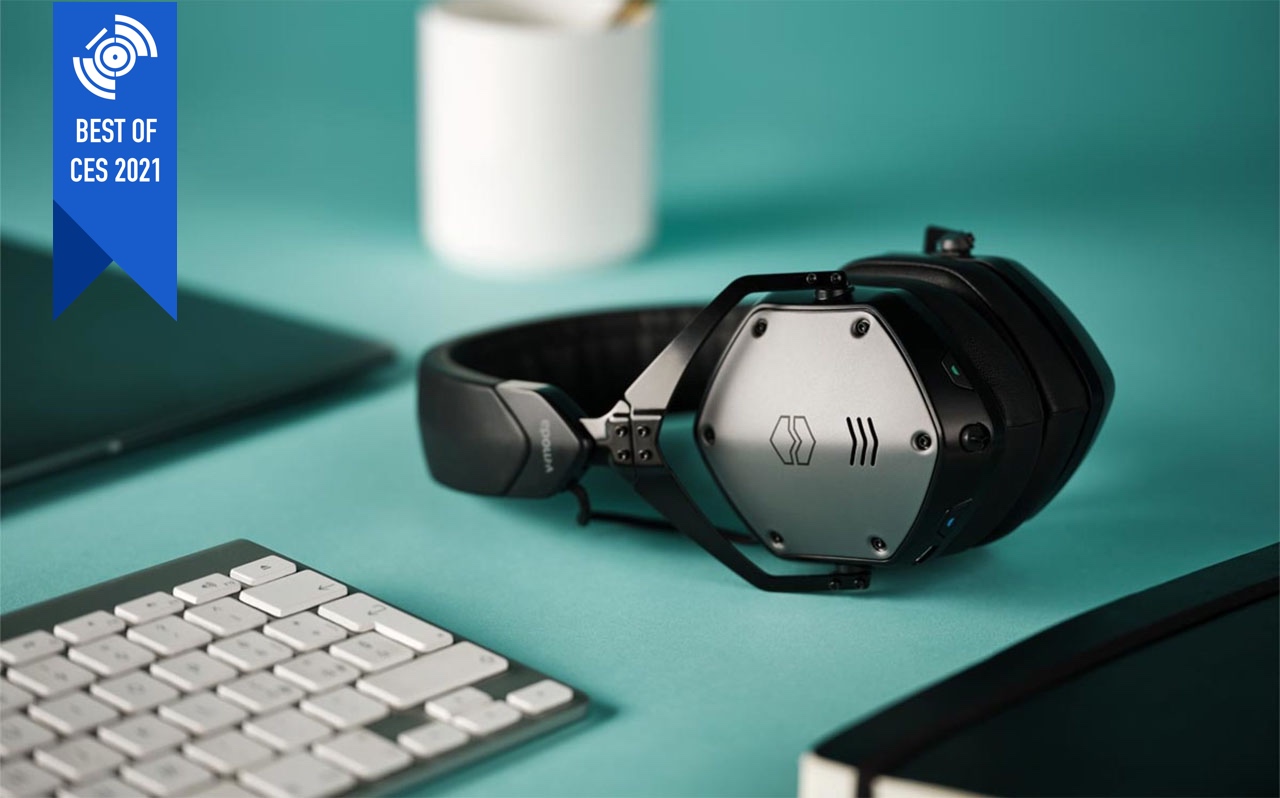 Active noise cancelling headphones are a big deal right now, a bubble of peace amid busy homes. V-MODA’s M-200 ANC headphones may not be the cheapest example out there, but the company’s commitment to great audio quality and its flexible ANC system help them stand out of the crowd. 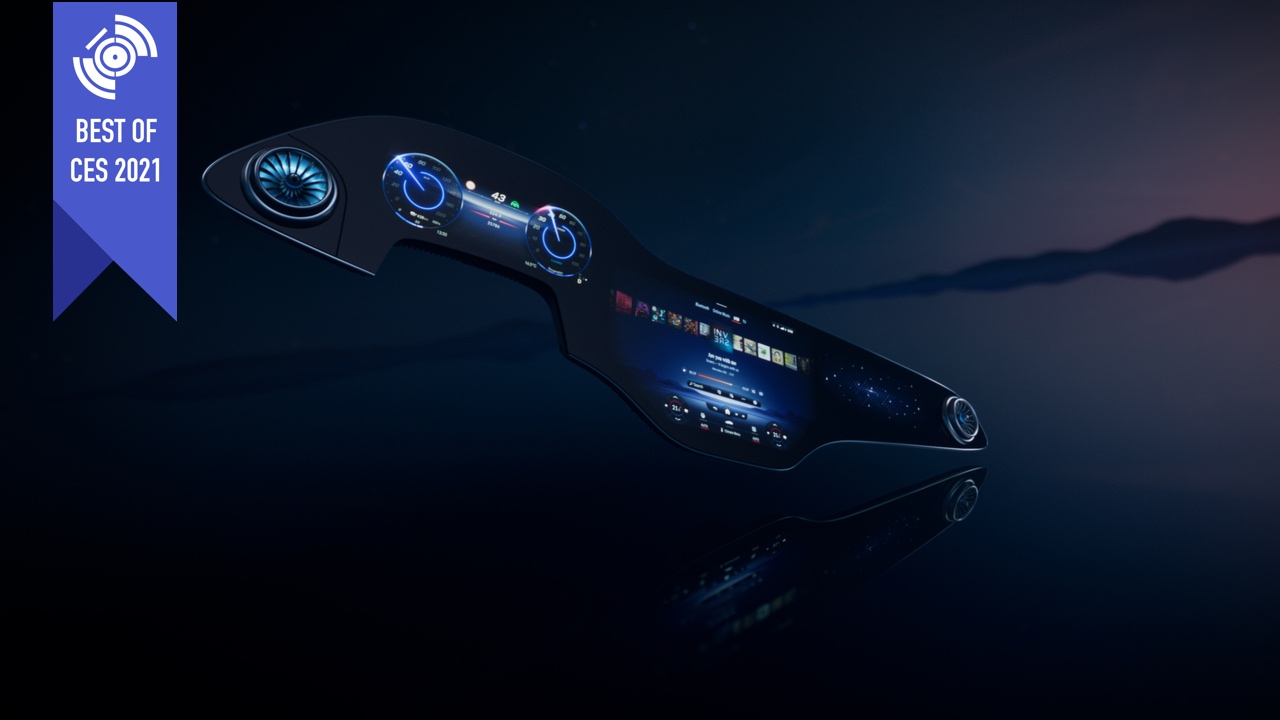 Car tech has come to dominate CES in recent years, and little catches the eye like Mercedes-Benz’s MBUX Hyperscreen. Replacing the whole dashboard with a series of sleek displays and touchscreens, it’s no glossy concept but a preview of what drivers of the upcoming EQS luxury all-electric sedan will get to enjoy. 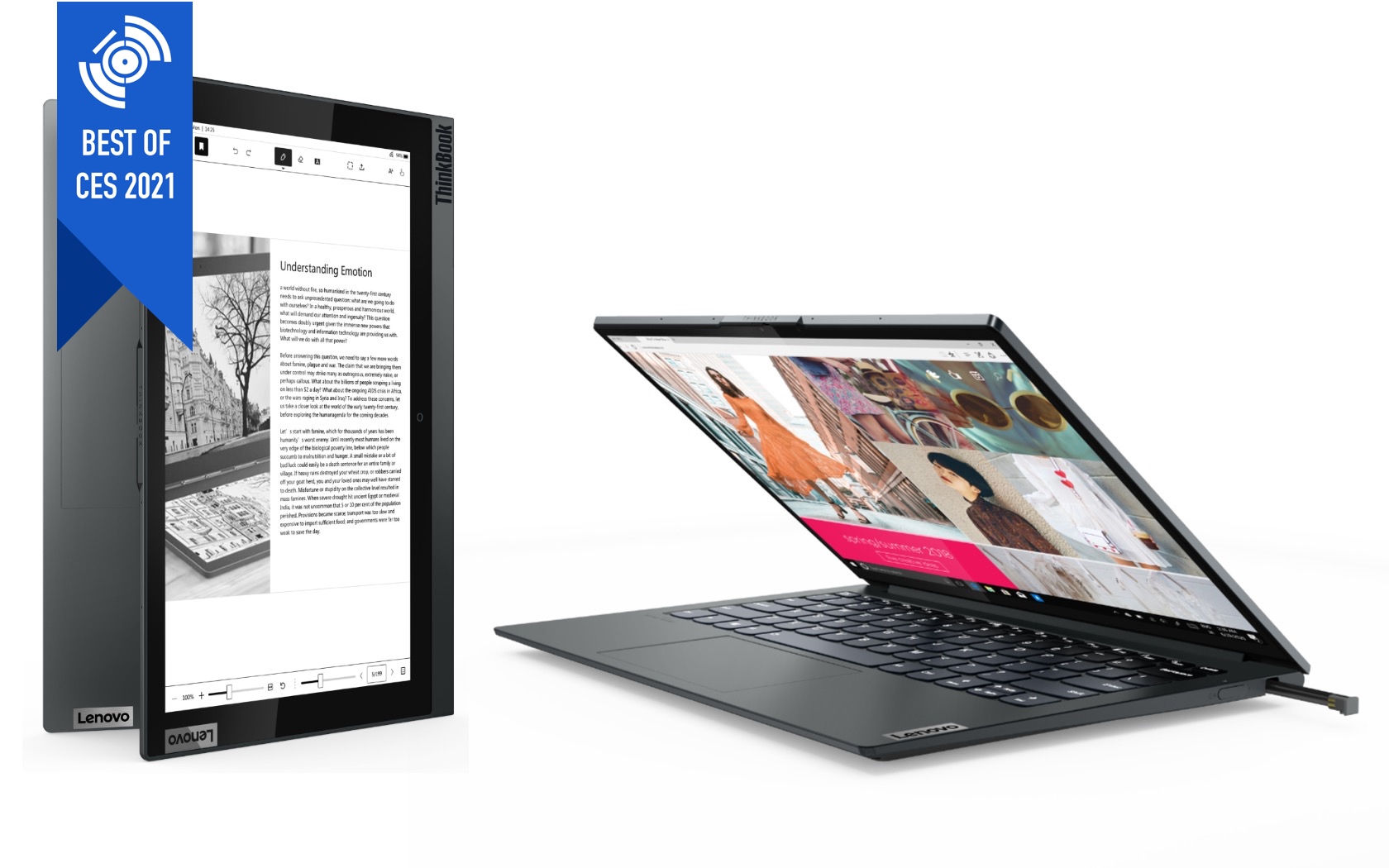 In a year where our homes suddenly had to double as offices, schoolrooms, and movie theaters – among other things – the idea of a device that’s similarly flexible is mighty appealing. Lenovo’s ThinkBook Plus Gen 2 i takes the unusual idea of its predecessor, an e-paper touchscreen on the lid of a convertible notebook with stylus support and lengthy battery life, and refines it. The result is not only one of the most striking notebooks at CES 2021, but also one which epitomizes the multitasking, multipurpose world we currently live in.