The electric truck wars are getting interesting

No longer can the automotive industry afford to move at its old, glacial pace, not when the players in the electric truck wars are starting to show their hands. Pickups, vans, and utility vehicles in general have typically lagged behind their passenger vehicle counterparts when it comes to embracing new tech, but with no reasonable person able to write off electrification as a passing fad, it’s time for trucks to get charged up.

In the greater EV war, though, some of the biggest names aren’t necessarily occupying the strongest ground. Electrification has proved that experience in the automotive industry doesn’t always translate to a great advantage; indeed, it can leave you looking staid and sluggish in the face of startups with no legacy to hold them back and no real reason not to shout about their potential from the rooftops. Even if those rooftops are the factories the old automakers actually built. 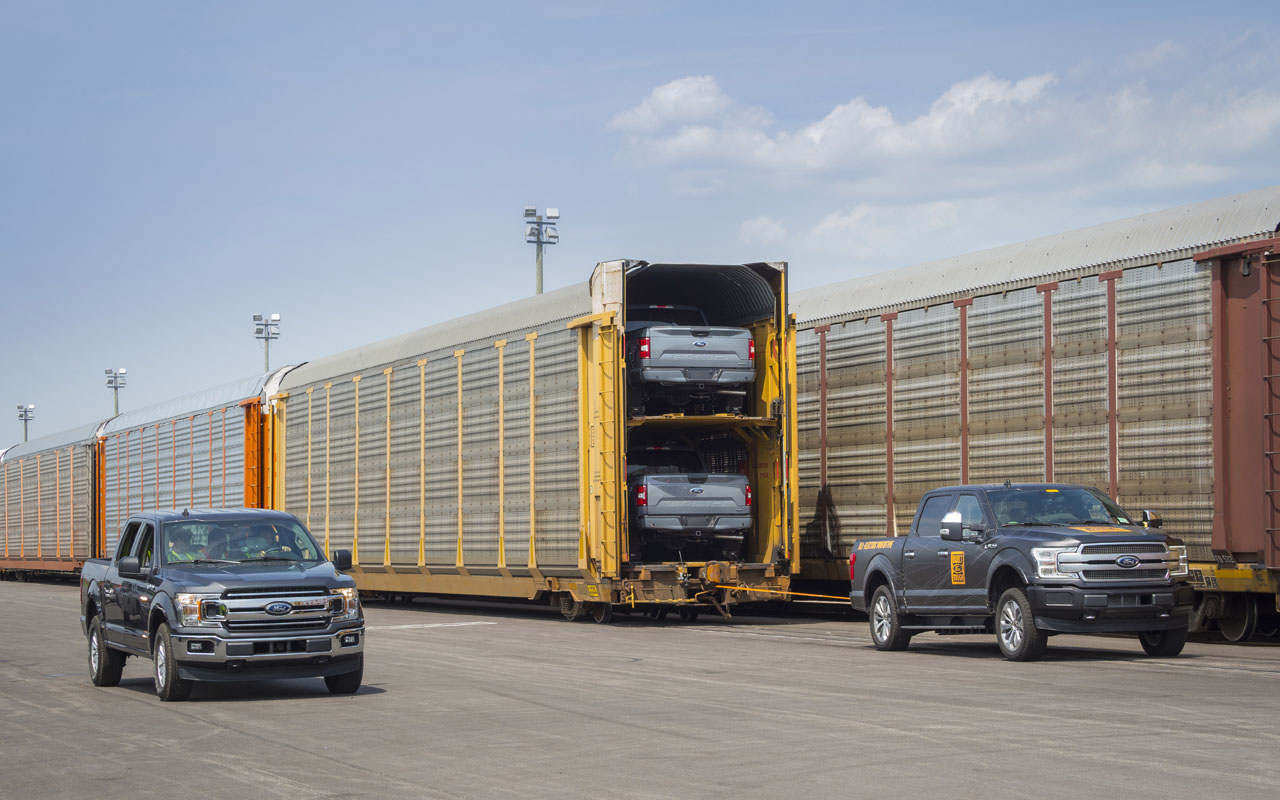 On the one hand, you have the traditional automakers. Ford confirmed today that it’s working on a roughly two year roadmap for the F-150 EV, its first all-electric version of the pickup. We can expect to see that launch – along with an electric Transit cargo van – within the next 24 months, the automaker has promised.

It’ll go up against GM’s all-electric pickup. There, General Motors hasn’t said exactly which of its brands the EV will launch under, and it has a few to choose from after all. An electric Chevrolet Silverado, for example, would compete directly with the F-150 EV. Alternatively, GM could opt for a GMC EV pickup, or even a sub-brand as it’s doing with the GMC Hummer EV. Yet another possibility is a whole new brand, either created just for the electric pickup, or borrowing an existing name like Maven.

Ford and GM sales are huge. Yet the two companies arguably don’t have the same early-leader cachet as some of the startups we’re seeing promising big things in the electric utility vehicle market.

There’s Tesla, of course. The Cybertruck may have proved divisive when the angular pickup was revealed last year, and spawned no shortage of jokes and memes after its “bulletproof” glass turned out to be a little easier to smash than Elon Musk had expected. Still, for all the hype which inevitably follows anything Tesla does, the EV-maker does have a track record of being able to put cars on the road.

It’s something Rivian hasn’t done, at least not beyond prototypes, but counting out the startup seems myopic. It’s sitting on huge investments from Amazon and Ford, among others, not to mention a sizable contract to build electric delivery vehicles for Amazon’s fleet. The Rivian R1T pickup looks almost conservative in comparison to the Cybertruck, but that could prove an advantage in coaxing truck owners away from their internal combustion ways. 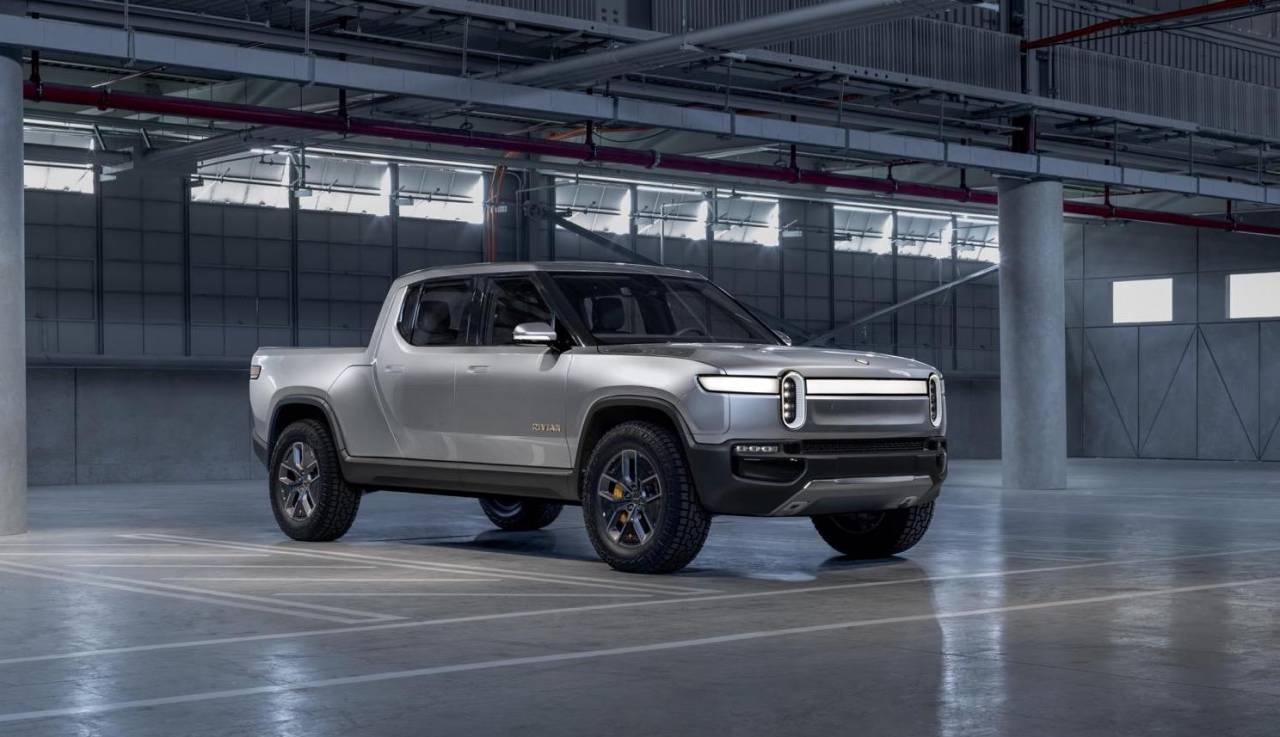 Nikola is another unusual entrant. Its Badger pickup was only announced earlier this year, but the American automaker is already promising reservations soon. While hardly a household name, Nikola’s bread & butter is really intended to be much bigger trucks: semis that will run on hydrogen electric power, and bring green advantages to fleets across the US and further abroad.

There are others, too. Bollinger Motors’ offerings look like classic Land Rover Defenders brought into the 21st century with all-electric drivetrains; Lordstown Motors has named its electric pickup Endurance, and plans to begin production next year at an Ohio factory it acquired from GM. 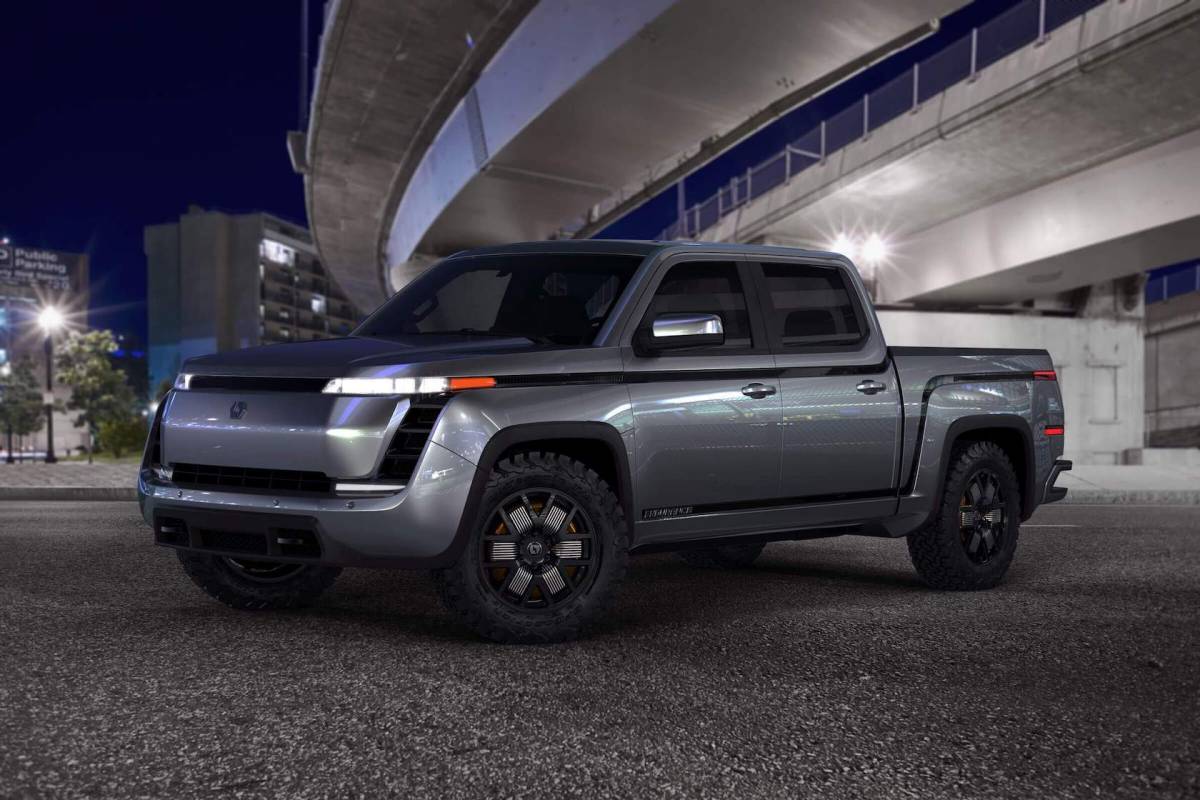 Looming large in the attention of every player is just how the electric passenger vehicle market has been shaped. There, Tesla went from a fairly niche purveyor of expensive electric cars to effectively defining the conversation with the Model 3. While sales, quality, and production haven’t exactly been consistently smooth sailing for Elon Musk’s company, Tesla nonetheless set the tone with its focus on range, performance, and cabin technology.

The fear among the traditional auto behemoths, it seems likely, is that another relative upstart could do the same for how electric utility vehicles like pickups are defined. While sports cars and luxury sedans may have obvious appeal, sales in the truck market are huge and brand loyalty among owners fiercely sought. Not for nothing is the Ford F-150 America’s long-standing best selling vehicle.

Clinch the deal, then, and there’s the potential for vocal cheerleaders and huge fleet sales. No small part of Tesla’s success in passenger EVs is its fervent – and sometimes feverish – community of owners and would-be owners. They’ve been the automaker’s strongest advocates, part environmental activism and part cult. 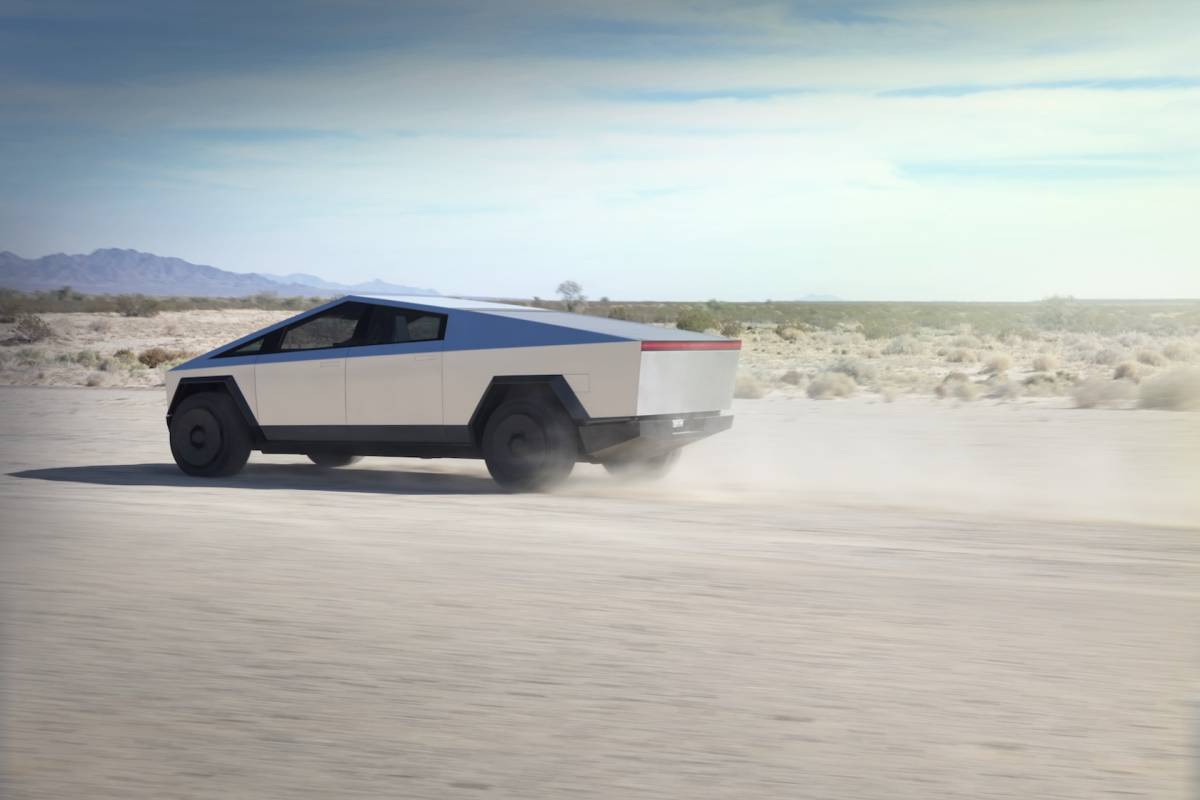 Whether that will sway the opinion of fleet buyers – big companies looking to go green with battery-electric pickups and vans, and with the scope to order dozens, hundreds, or even more vehicles in one fell swoop – remains to be seen. Wooing that audience is something Ford is already looking to do, underscoring the technology story of the upcoming new F-150 which will be unveiled on June 25.

That won’t be all-electric, not for a while yet, though Ford will have an F-150 hybrid to bridge the gap. What it will do, though, is allow for things like straightforward fleet management, each connected vehicle trackable, its service status readily reported. When the F-150 EV arrives, it’ll slot into that ecosystem as one spoke of an overall transportation platform. 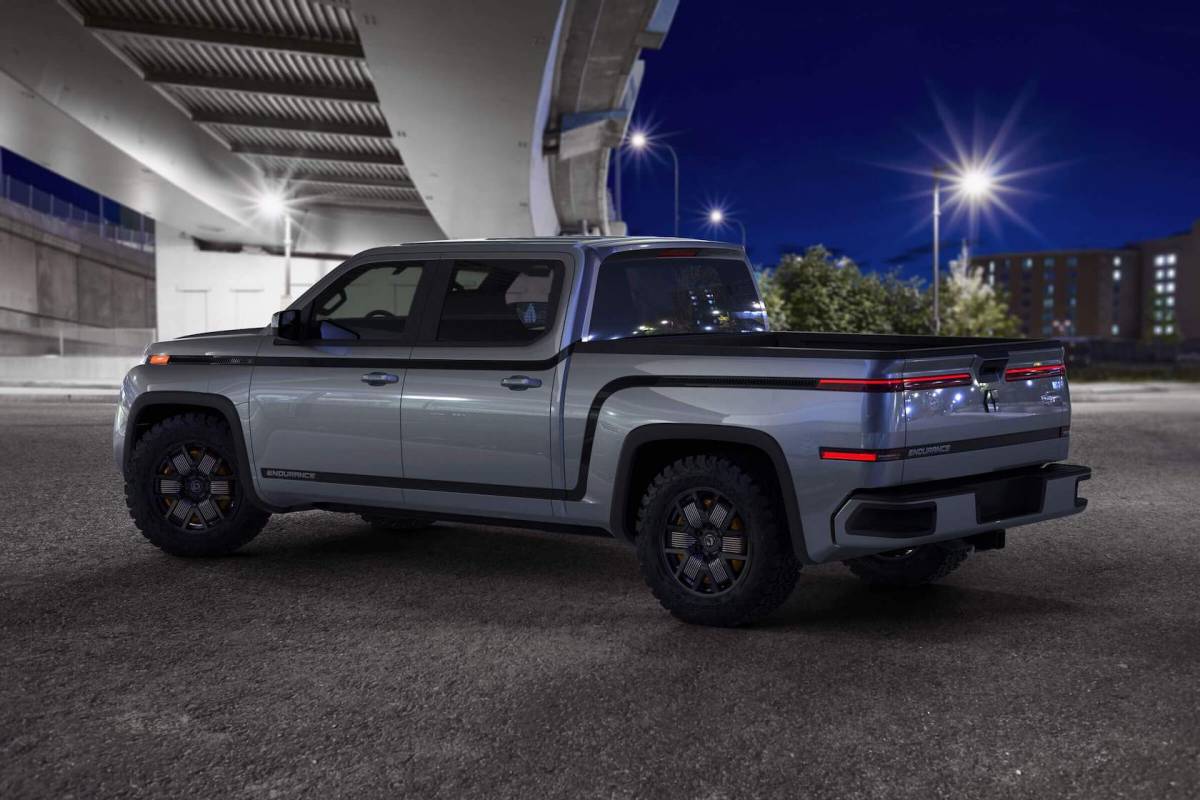 It could well be an advantage comparative EV startups like Tesla and Rivian struggle to match. As we’ve seen in passenger vehicles, not everybody is ready or able to embrace electrification: there are still times where internal combustion vehicles have their place. That’s just the same in commercial fleets, but while Ford and GM will eventually be able to offer those customers an array of gas, diesel, hybrid, and all-electric options that each slot into the same management system, automakers with only EVs to sell will not.

Insurmountable? Not at all. Much will depend on the eagerness of the customer to go green: Rivian’s vans for Amazon will live alongside the retailer’s existing gas trucks, for instance. Amazon, though, has no shortage of developers to build such an umbrella system; smaller businesses may not. 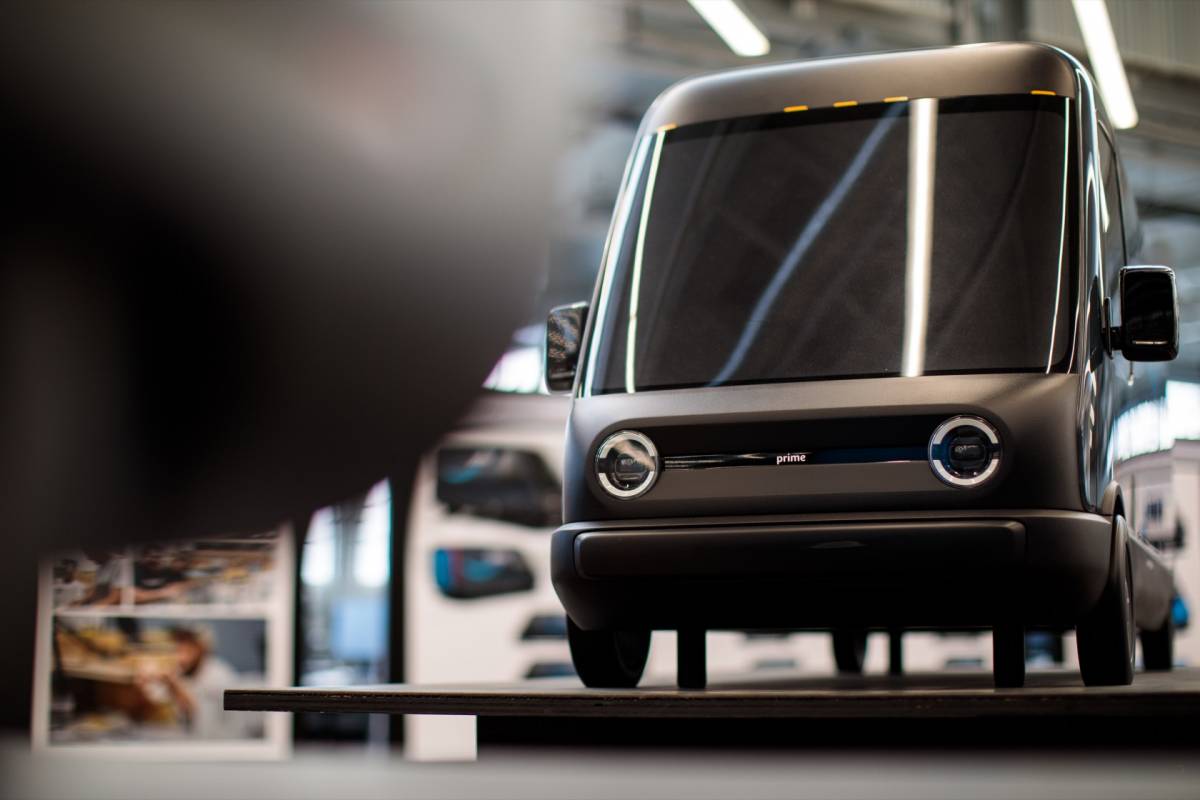 Even with those questions – and others – remaining, the lure of a slice of the electric truck pie is still strong. The demand for electric cars ebbs and flows, swayed by things like financial incentives and drivers being willing to pay a little more to get onboard with electrification. Trucks, meanwhile, have proved themselves to be somewhat more insulated. Even during the COVID-19 pandemic, when passenger vehicle sales slumped, truck demand was still high.

Get a chunk of that, and some of the fleet market, and it could be a far more stable basis on which to build an electric vehicle business. For now, there’s no shortage of big talk and bigger promises. As the first production vehicles begin to arrive from 2021, however, the electric pickup segment is only going to get more interesting.