Oh my goodness! Crazy speeds and companies blowing up and phones being thrown around like candy! All the signs of a great day here at the R3 Media Network! First, SlashPhone breaks some news about Motorola being divided into two different divisions starting at the beginning of 2011. Then Google Reader sends an app to Android (making it even MORE impossible to get away from the news!) Angry Birds gets a Seasons expansion for Android devices (probably in the chute for Apple’s App Store.) And finally, Vince has his hands on one of the incredibly small amount of LG VL600 Modems out in the world right now, and he wants to show you Verizon’s LTE “4G” network speeds first hand, and Ben wants to tell you all about why Verizon’s LTE and the other 4G networks are important. All this and… yes! More! Today on The Daily Slash!

SlashTRACKED
In Irvine California there is a man named David Norris, a man who owns a company that aims to “fingerprint” every computer, mobile phone, and TV set-top box in the world. With the “credit bureau for devices” Norris is building, each device will have a “reputation” based on that device’s online activities including, specifically, shopping habits and demographics. Fingerprinting has been used up until now as a replacement for “cookies” as a method of preventing illegal copying of computer software and to stop credit card fraud. At the moment, Norris’s company has id’ed over 200 million devices – by the end of the year, they expect to have cataloged one billion (one tenth of the world’s total.) 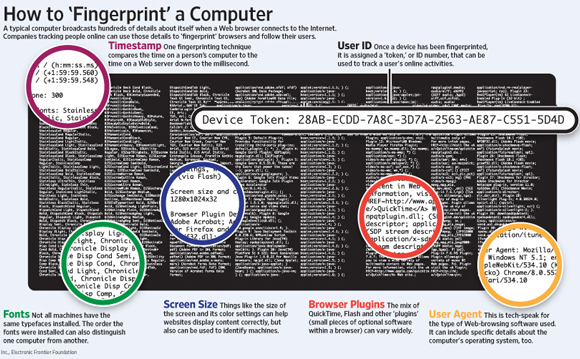