Today we’re going to have a run down of what we’ve found awesome at CES 2018 so far. The show floor at the Las Vegas Convention Center hasn’t yet opened, and we’ve already got a whole heaping helping of devices from all corners of the consumer electronics market. Let’s take a peek at what’s stood out the most thus far.

The following list is numbered, but the numbers don’t necessarily correspond to how great or otherwise noteworthy each device and/or service is ranked. Take the numbers as you will! And remember, this is only the first list – we have a long way to go after this at CES 2018!

The brand new set of Sony Xperia phones revealed this week seem to keep all the good parts of previous Xperia smartphones while they kick the rest of their elements up a notch. Also, they all seem to be really good at selfies. 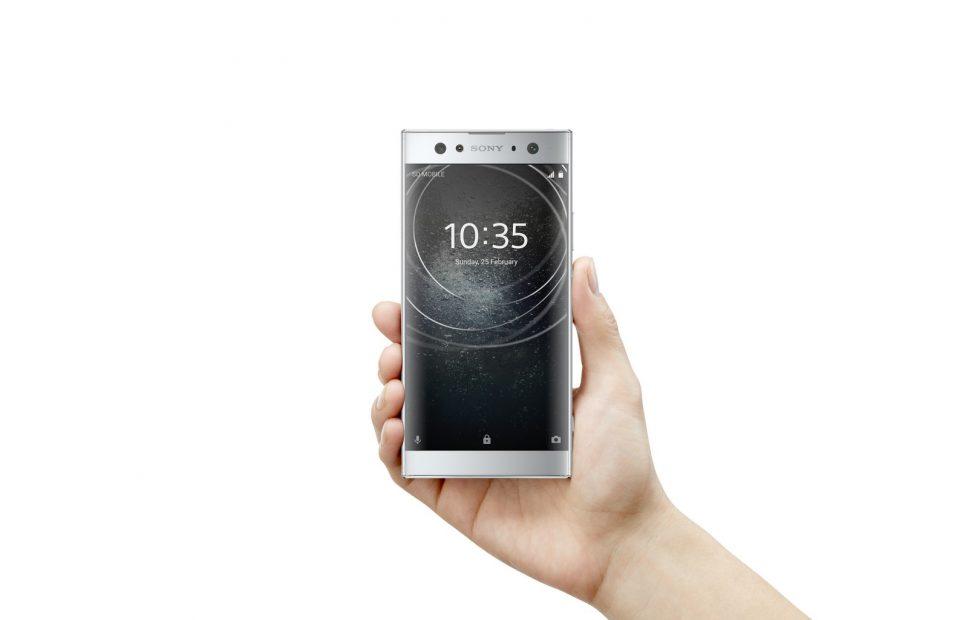 Behold the future of autonomous transport. Or so Toyota is telling us. This is the Toyota e-Palette autonomous concept, and it looks like we’re going to be expected to do a lot more than just drive while we take our yearly trip to Grandma’s house for Christmas. 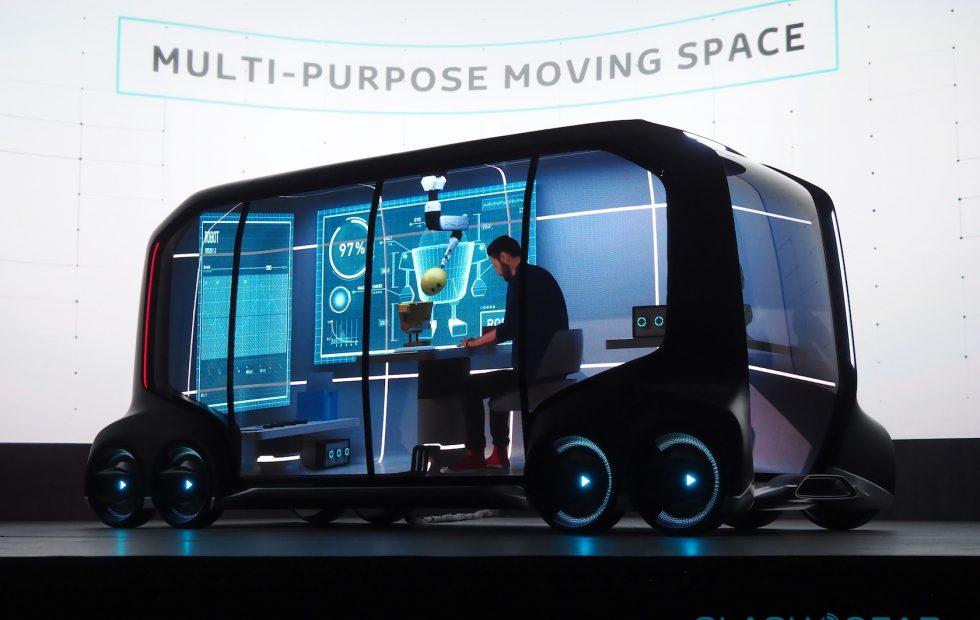 They might not be the tantalizing of devices, but Ring deserves a shout-out for their ambition this year at CES. The folks behind the smart doorbell Ring have released a whole bunch of Ring home security devices. They’ve got Stick Up Cams, Beams, and Alarms, too! 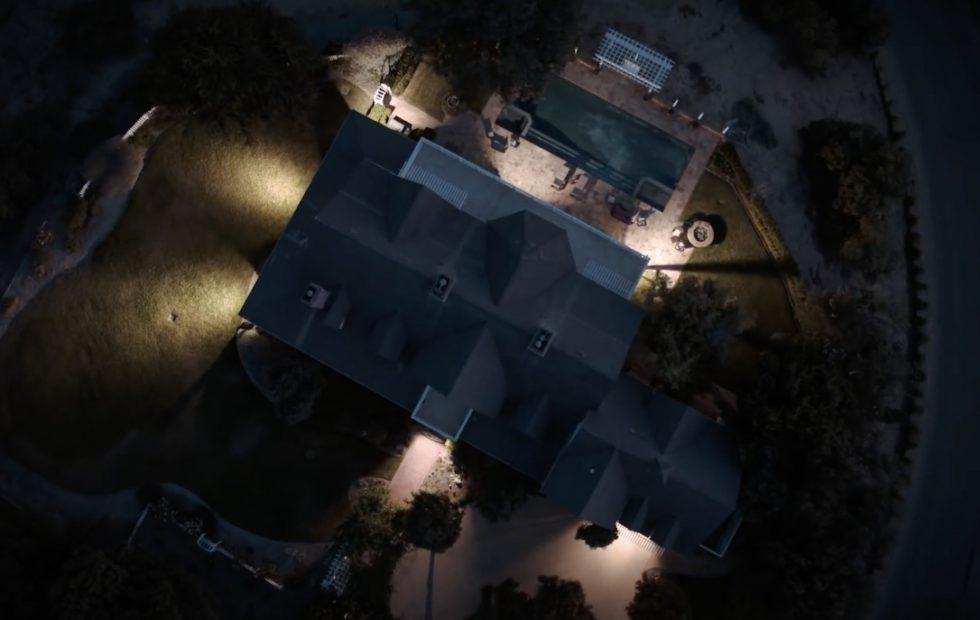 I’m not entirely convinced that there’s any real need for this device, but darn it if it isn’t the craziest Android on the block so far. This is a reboot of a classic device – another device that was AWESOME when it was first released. This new Planet Computers Gemini is a bit more conventional – albeit just as massive. 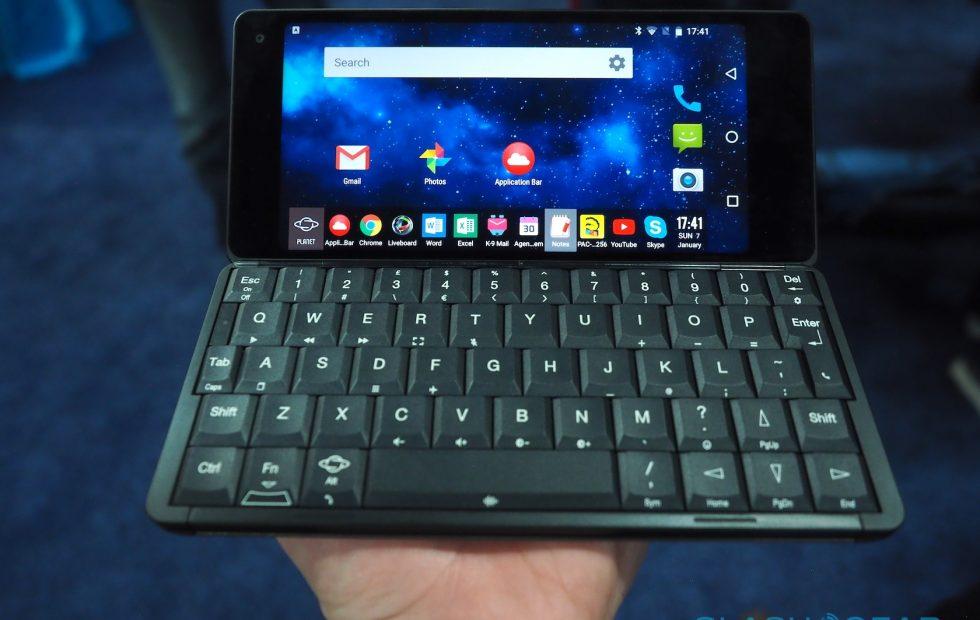 The folks behind one of the most beautiful sets of wall-mounted triangle grids of light have come forth with a new set of awesome bits and pieces. The Nanoleaf Remote is just about the strangest remote control we’ve ever seen. It’s a dodecahetron! 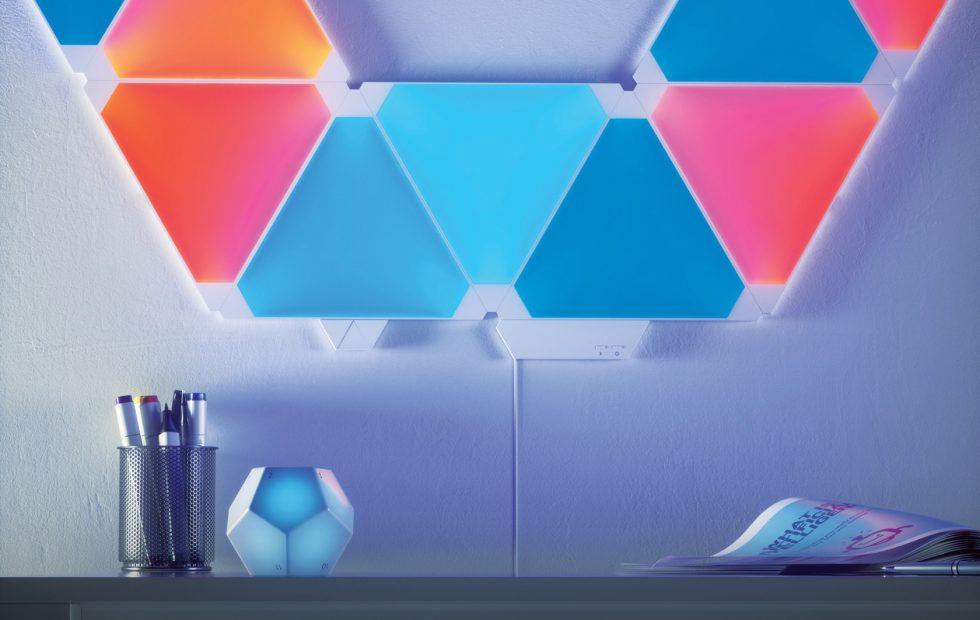 Easily the most interesting and well-hidden of places we’ve seen thus far for Amazon Alexa to hide is here. This is the iDevices Instinct and it has a blue ring in it, just as it should. 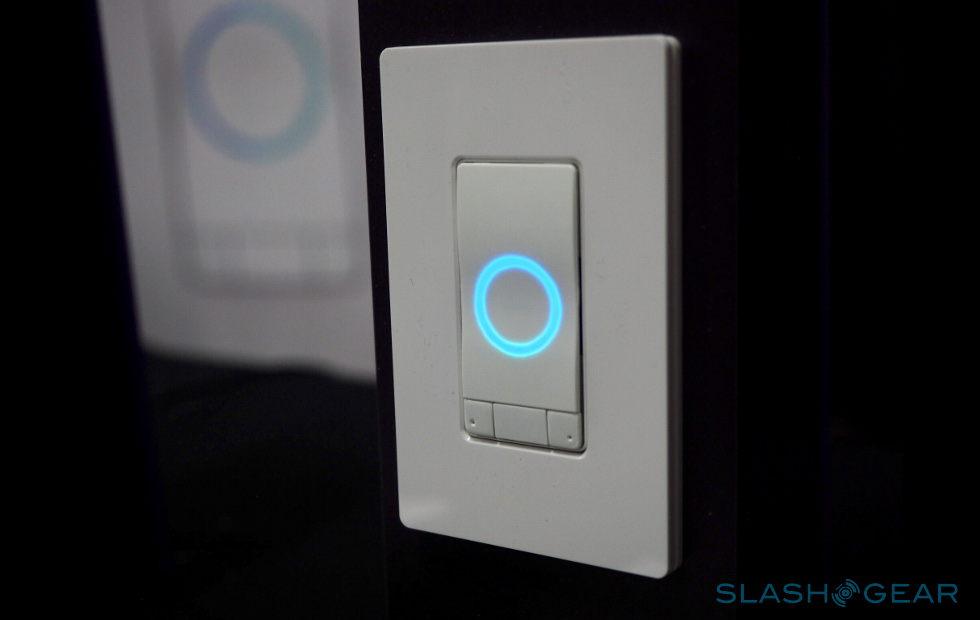 NVIDIA had an idea. The idea involved going massive on a gaming tip. They called their idea Big Format Gaming Displays, and it involved very large displays made for gaming. Inside a BFGD is NVIDIA G-Sync, HDR support, 4K resolution, and 120Hz refresh rate, all inside a 65-inch display.

HP is coming for Microsoft’s Surface crown, and they’re doing it with fine graphic design finesse. This machine is essentially a tablet with notebook powers, coming with its own kickstand/keyboard and all the Windows 10 you can eat. Have a peek at the HP ENVY x2 here first, then head in to our HP CES 2018 round-up to see how HP is taking their next-gen HP logo to new heights. 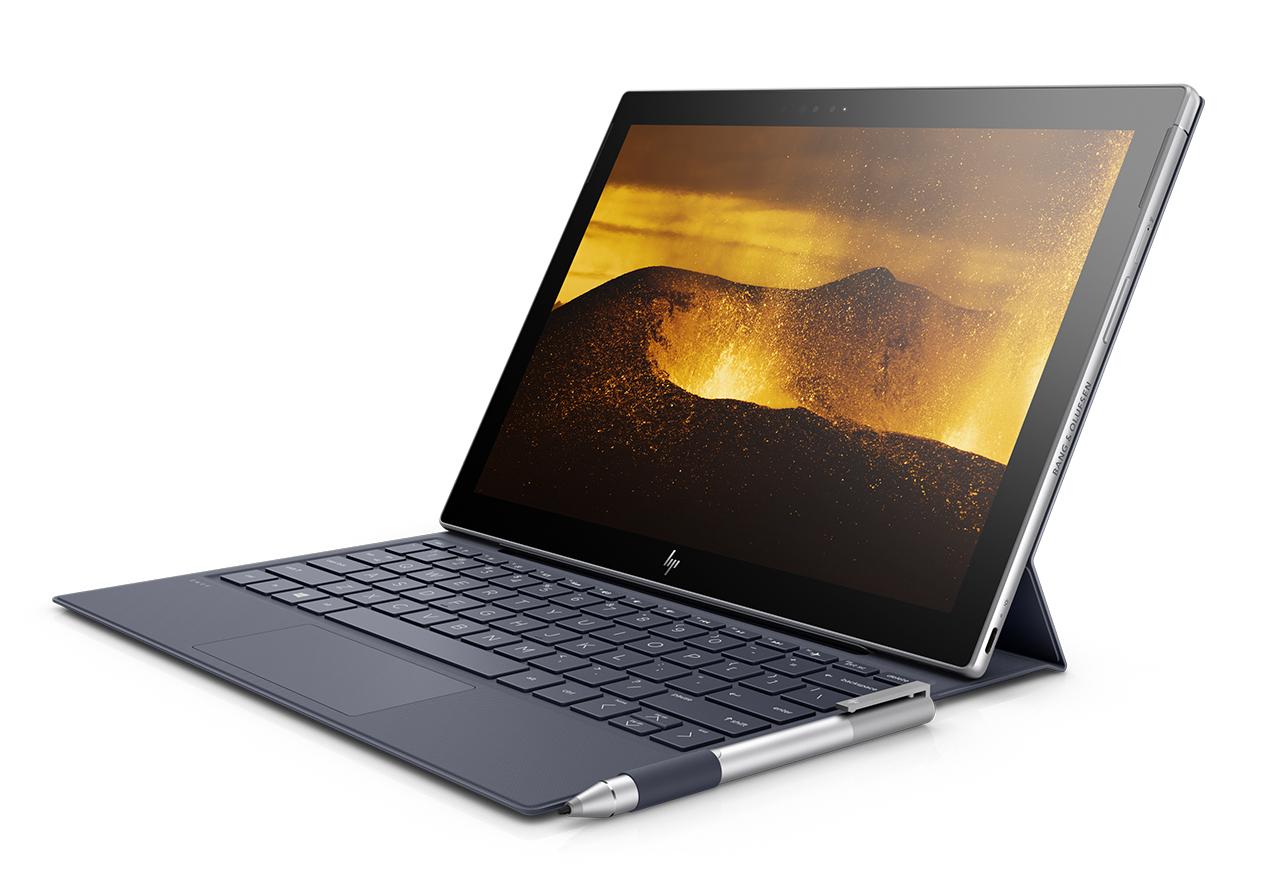 Behold, the most massive television we’ve seen this week… so far. This is The Wall, a 146-inch TV with the ability to up-scale all sorts of content to its massive glory. They also have a smaller 85-inch 8K TV to show this week but why would you want that when you could have… THE WALL! 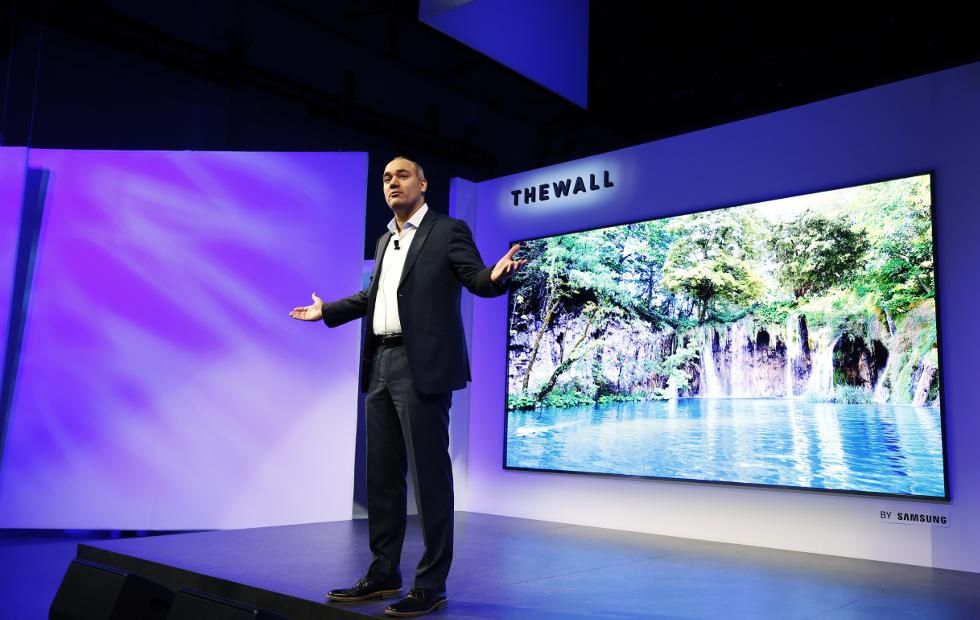 The HTC Vive Pro takes everything the HTC Vive is, and kicks it right in the pants! This virtual reality headset has two cameras, not just one! It has a set of displays for your eyes that’s a whole lot more dense with pixels! This one has headphones that are awesome, right out the box! HTC also made a Vive Wireless Adaptor too – for the Vive and the Vive Pro, too!