The Ford F-150 Raptor R V8 is coming, and we have questions

Delayed gratification isn’t really the super truck way, but Ford is giving V8 fans something to look forward to with the mysterious new F-150 Raptor R. Confirmed alongside the unveil of the new 2021 F-150 Raptor today, the second performance pickup will lag behind when it comes to arriving in dealerships. However for those still fuming about what’s under the swollen hood of the Raptor, patience could be a virtue.

It’s probably fair to say that Ford’s engine decision was the most controversial part of the last-gen F-150 Raptor. When the second-generation truck dropped the V8 of the original, in favor of a turbocharged EcoBoost V6, the fact that it was an engine shared (albeit detuned slightly) with the Ford GT wasn’t enough to placate the purists.

450 horsepower and 510 lb-ft of torque couldn’t be dismissed, but the 3.5-liter V6’s power numbers were never the primary issue. Performance truck buyers wanted a V8, and chatter of Ford reverting to form with the third-generation Raptor was widespread. That possibility seemed even more likely with the arrival of the 2021 Ram 1500 TRX, tapping a Hellcat V8 for its 702 horsepower pickup monster. 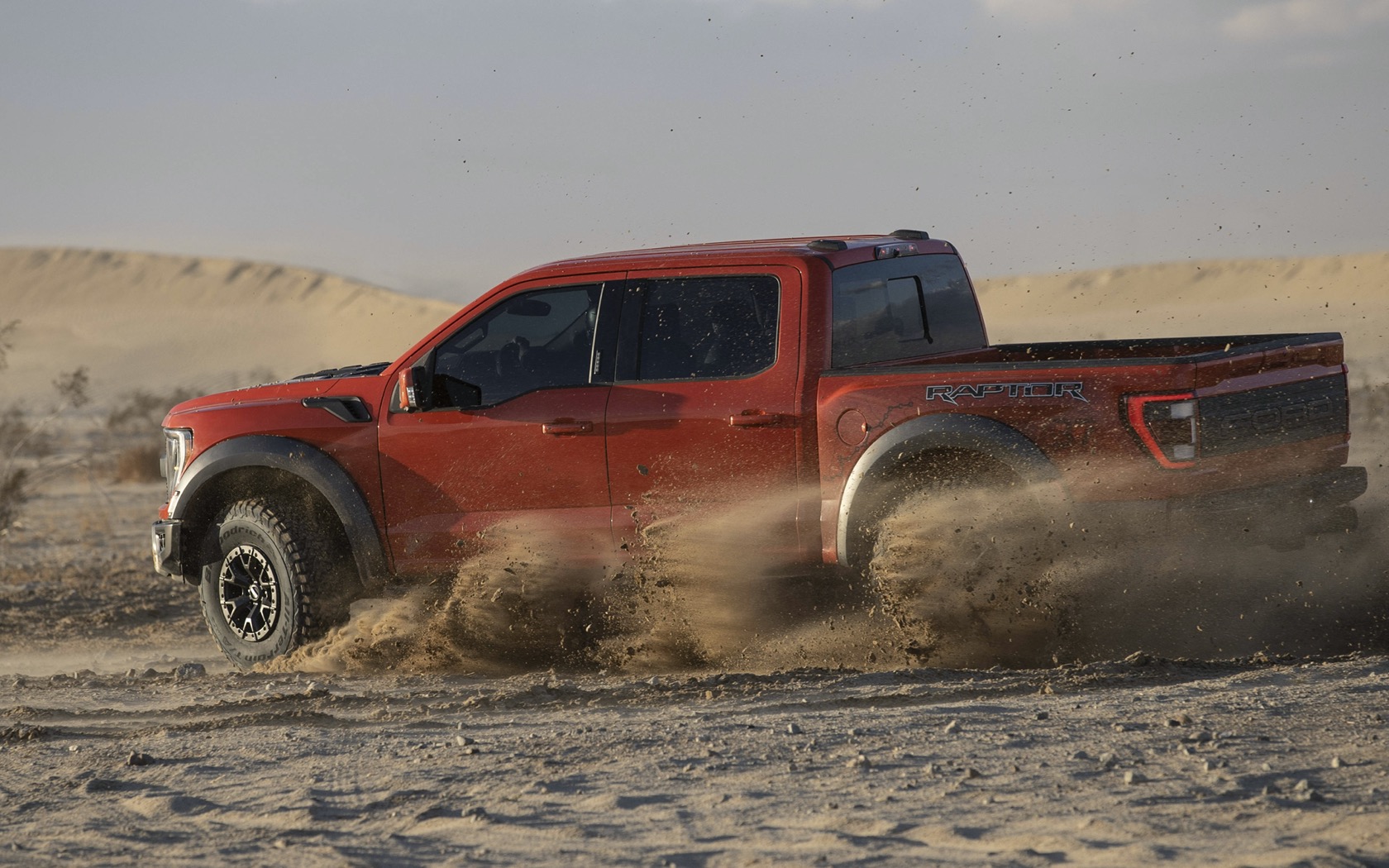 Fast forward to today, and the 2021 F-150 Raptor isn’t that long-anticipated Ford mea culpa. Instead it sticks with the familiar 3.5-liter twin-turbo V6 and the 10-speed automatic, though with updated power figures still to be confirmed. More low-end torque should be on offer, Ford claims, and of course there’ll also be the usual combination of all-wheel drive, electronic locking differentials, and the option to make things even more capable with a Torsen front limited-slip differential.

Perhaps not wanting to take too much shine off today’s truck reveal, or maybe just because it’s leaving its options as open as possible, Ford’s collective lips are sealed about just which V8 it has in mind. The rumor-mill has already pegged the Mustang Shelby GT500‘s engine as the most likely candidate, mind. After all, that supercharged eight-cylinder packs 700+ horsepower, making it a fitting retort to RAM’s TRX challenge. 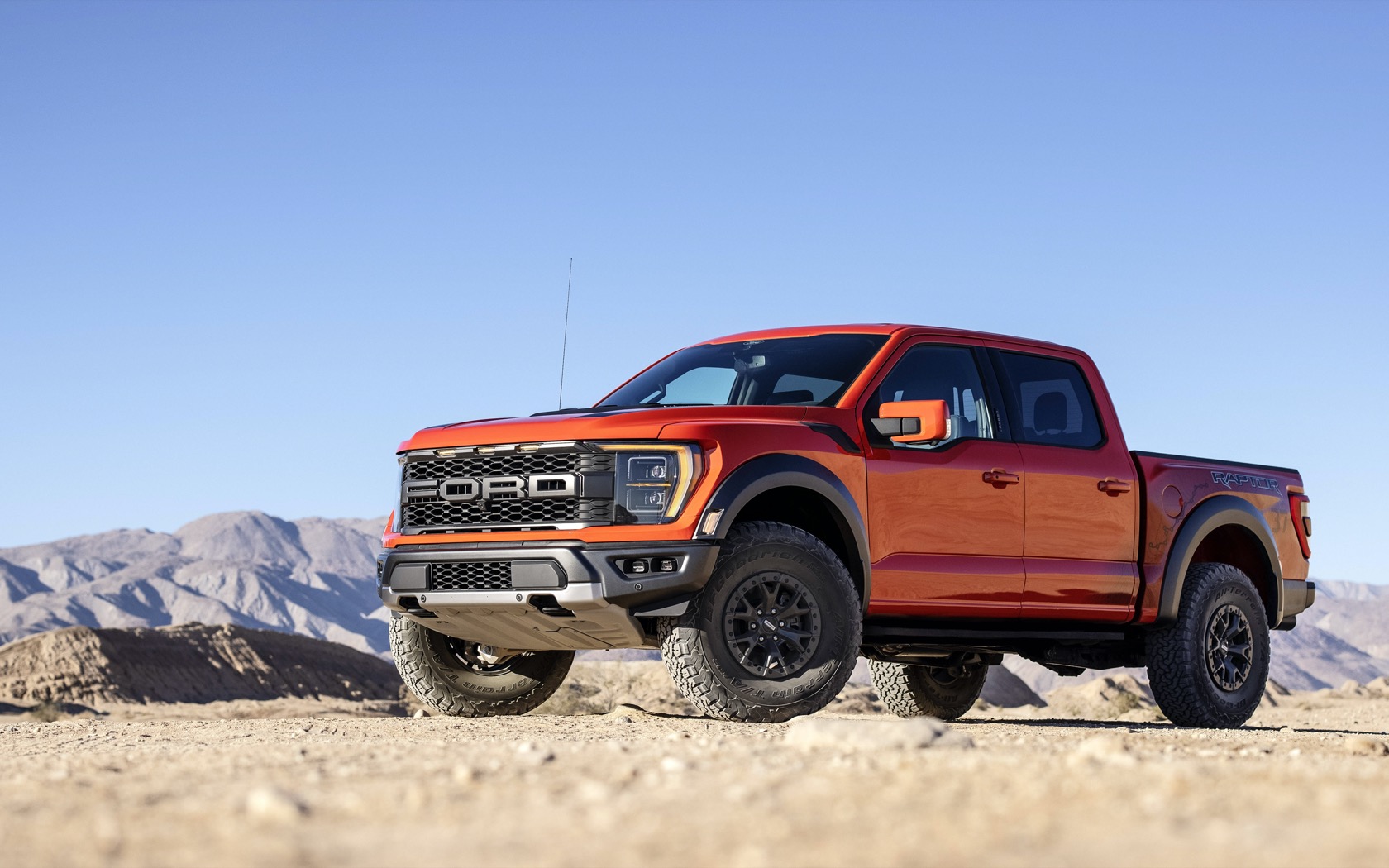 Combined with the various other improvements Ford made to the third-generation Raptor, it should add up to a seriously potent – and capable – pickup. Think along the lines of all the dune-jumping, mud-plugging, rock-scaling action you might care to undertake, but with the distinctive soundtrack of a V8 to keep you company.

Still conspicuous by its absence, of course, is any sort of electrification. Ford has an all-electric F-150 in the pipeline, taking the best-selling pickup and dumping the internal combustion altogether in favor of pure EV motoring. There are some significant advantages there, the automaker has already promised, like far more torque – delivered instantaneously, rather than having to wait for a gas or diesel engine to get up to speed – and the potential for much more precise torque vectoring. 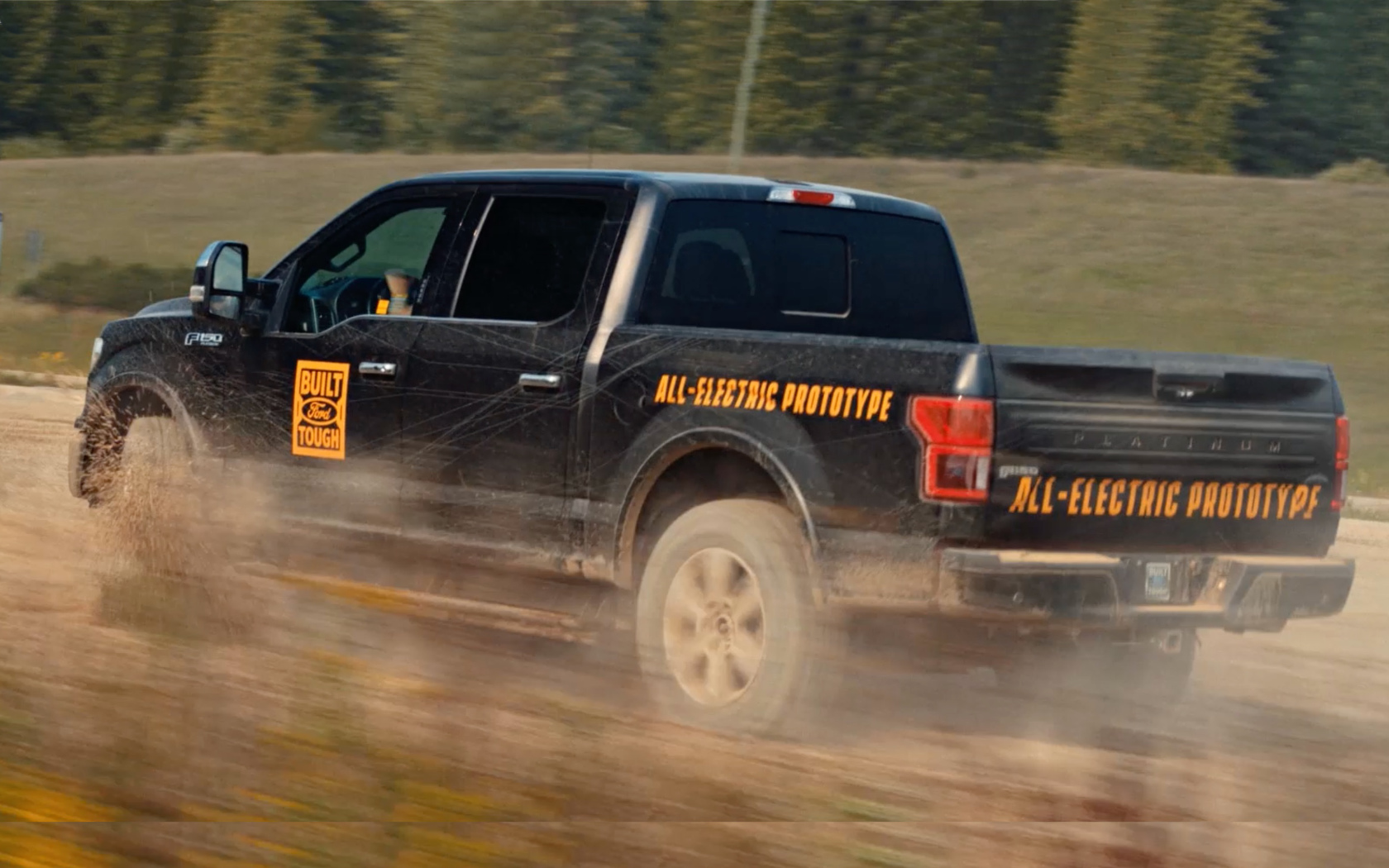 That has clear appeal for everyday drivers and work sites, but it also seems to fit the F-150 Raptor concept pretty darn well, too. There’s no denying that electric vehicles are gaining an edge over their internal combustion counterparts when it comes to outright performance, and we’ve seen upstarts like Rivian promise even more off-road flexibility from EV drivetrains. GMC’s upcoming Hummer EV will reboot the classic name for a beast of an electric pickup, with ridiculous torque to go with its sci-fi styling, while Tesla’s Cybertruck will take that even further.

So, while the “where’s the V8?” question may be close to being settled for the new Raptor, arguably the more interesting question is “where’s the EV?” For that, despite Ford’s vocal commitment to electrification in the years to come, nobody is saying anything concrete. When the electric F-150 lands in the 2022 model year, though, that may well give us a taste of how a next-gen Raptor might aim to settle the power truck war.