The all-electric Ford F-150 may still be a couple of years out, but that isn’t stopping the automaker from starting an early pitch as to why it’s EV pickup is the one you should plan on buying. Set to land in a growing segment come mid-2022, the all-electric F-150 won’t be the first electrified model – that’s the 2021 F-150 PowerBoost Hybrid – but it will be the first to ditch an internal combustion engine altogether.

Exact specifications are still under wraps, though Ford is telling us a little more today. The electric F-150 will have dual electric motors, for all-wheel drive, and Ford is expecting “more horsepower and torque than any F-150 available today.”

We can also expect the fastest acceleration, Ford promises, along with heavy trailer towing support. Considering we’ve already seen a prototype electric F-150 towing 1 million pounds, that last part doesn’t come as too much of a surprise. Still, we’d expect the official rating to be a little more conservative.

At the same time, though, Ford is also talking up the electric F-150’s potential price advantage. What’ll be listed on the sticker isn’t known yet, but since electric vehicles need “significantly less maintenance than a typical gasoline engine,” the automaker points out, that translates to the lowest expected lifetime total cost of operation among F-Series trucks. In fact, owners can expect more than 40-percent savings over that period.

It’ll be practical, too. There’ll be a “giant” front trunk, or “frunk,” taking advantage of the fact that there’s no beefy combustion engine lurking under the hood. That’ll be extra convenient in a pickup, since it’ll be more secure than just putting things in the bed.

As for that bed, there’ll be a mobile power generation option which turns the electric F-150 into one big outlet. We’ve seen Ford build inverters into the new 2021 F-150 already, but with sizable batteries onboard the electric F-150 should have even more juice to power things like worksite tools or campground equipment. There’s even the possibility of running home appliances from it, potentially, in the case of a power outage. 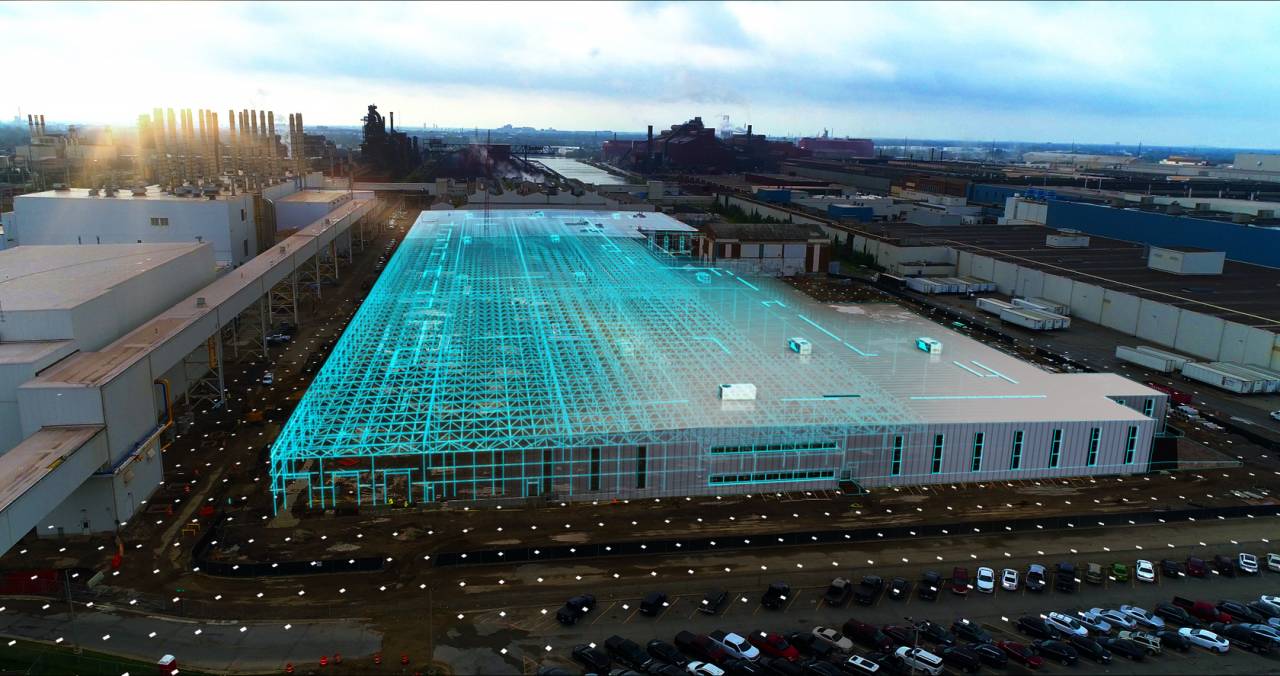 Over-the-air updates will tap into Ford’s new electrical architecture for the truck, and deliver new features over time, the company says. The electric F-150 will be built at a new, electric-focused manufacturing center at the Rouge Center in Dearborn, MI, where Ford is currently spending $700 million on renovations to get it ready for F-150 production. There, Ford plans to have around 300 new jobs focused on tasks like battery assembly and hybrid/all-electric F-150 manufacturing.