Seven years ago, the iPhone changed the way we communicate

Seven years ago, the original iPhone was released to the public. Serving as a catalyst for change in the markets of mobile computing, music, and communication, the iPhone essentially single-handedly ushered in the age of the smartphone. On the 29th of this month, we celebrate the birthday of the original Apple iPhone.

The iPhone was launched with a touchscreen and a single fingertip-sized button on its front. Along with volume keys and a power button, the iPhone’s basic hardware components have not changed drastically since inception. At the same time, the paradigm shift in mobile device development over the past 7 years shows exactly how big of an impact Apple phone has had on the hardware industry.

It’s no longer a question of whether or not the public is interested in using a smartphone. Even Google’s latest smartphone initiative is focusing on emerging markets, attempting to service the remaining portion of the world that does not have access to smartphones. In other words, because of the market the iPhone introduced, the question of whether mobile computing will spread across the world is not “if” so much as “when.” 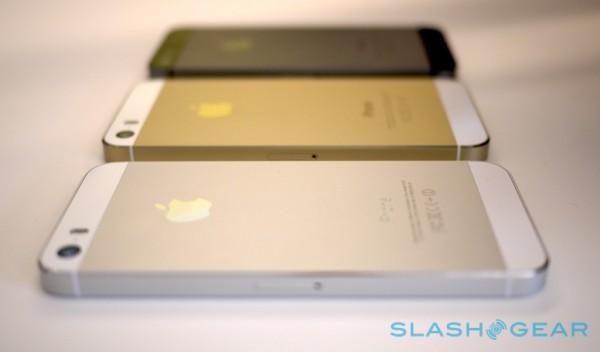 Each year since the beginning, Apple has introduced an evolved iPhone. Upgrading has become a ritual for many iPhone owners, moving from one model to the next each year, regardless of the 2-year contract plans many mobile data carriers have continued to inflict. Sales of the iPhone line worldwide have reached over 500 million, with the most recent quarterly report from Apple suggesting they’re selling well over 40 million iPhones a quarter.

The touchscreen existed before the iPhone was introduced, but after it hit the market it became a mainstay of the computing universe. A smartphone is not a smartphone without a touchscreen, while touchscreen computing on a large scale made Microsoft dedicate Windows 8 to touch interfaces exclusively.

When iPhone OS 1.0 was introduced with the iPhone, it came with Visual Voicemail, a Safari web browser, access to YouTube, and multi-touch gestures. Eventually iPhone OS became “iOS” and served as Apple’s mobile iteration of their visual computing system with an impact every bit as large as the introduction of the first Apple computer, and the introduction of personal computing.

Where Apple turned business-oriented big-box computing into personal computing for the everyman with the Apple I and eventually the Mac, they used the iPhone to make personal computing mobile. Click became tap, applications became apps, and an entire industry was built around creating software specifically for the iPhone line alone.

Apple holds a developer conference every year called WWDC in which thousands of developers head to San Francisco to learn from Apple about software. Developers make their living creating apps for the iPhone, and more than a few companies have been formed – and have prospered – because of the iPhone alone.

The same is true about iPhone accessory makers. Step into the Macworld / iWorld conference at any point in the past several years and you’ll find yourself drown in a deluge of iPhone and iPad accessories. What once was a conference dedicated to the Mac personal computing line quickly became about the iPhone after it was introduced.

Before iTunes and the App Store, the software sales environment was physical. If you wanted a piece of software for your computer, you’d either have to visit a software store in a mall or you’d have to navigate the wild west of internet sales stations.

Tossing bulky boxes and jewel-cases aside, the App Store introduced a way for companies to keep their software in a safe place for the public to access easily. Before Apple’s App Store there was no Google Play and Amazon’s Kindle (also introduced in 2007) had no apps to speak of.

Seven years after the iPhone hit the streets, Apple makes the vast majority of its revenue from its mobile devices, selling more iPhones each quarter than the rest of its devices combined. Apple regularly reports that they pull in more revenue from the iPhone line than they do from every other product and service combined, including iPad, Mac, iPod, iTunes/Software/Services, and accessories.

Now we wait to see what Apple dishes up for the next iPhone. Since birth, the iPhone hasn’t changed its form drastically. Sales have shown that Apple hasn’t really needed to change the way the iPhone looks in a monstrous way – iterative improvements have been enough to keep revenue growing.

But we do expect change.

The iPhone 6 has been rumored to change the form of the device while retaining the now-prerequisite power button, volume buttons, and home button.

Alongside the iPhone, iWatch rumors have also persisted. While we’re still not certain of what’s to be believed and what isn’t, we must assume that if Apple does release an iWatch, they’ll do it with a bang. If the iWatch does exist and is released, Apple will aim for it to do for wearables what the iPhone did for mobile devices in general.