This week it’s been made clear – or perhaps just clearer than ever before – that a company able to manufacture its own device components is a company that will thrive. According to the readouts from Gartner showing 2012’s top consumers in the semiconductor universe specifically, Samsung and Apple are out in front of the pack – by a significant margin. Semiconductors, mobile processors, and hardware from displays to memory cards are all a part of this puzzle, and as the two next entries on that list show with double-digit percentage drops show, it’s not just Apple and Samsung that are floating upward here coming into 2013, it’s mobile smart devices as a whole (and all their little bits and pieces).

Samsung is a company that has the ability to create each of the most vital bits, (like their Exynos processor for mobile devices), for each smartphone and tablet it puts on the market. They are the company that went through the most semiconductors in the market in the world in 2012, and they’re making these components themselves. While companies like LG and Lenovo create devices and need billions of dollars worth of semiconductors too, they need groups like Qualcomm and NVIDIA to manufacture those pieces of hardware for them. 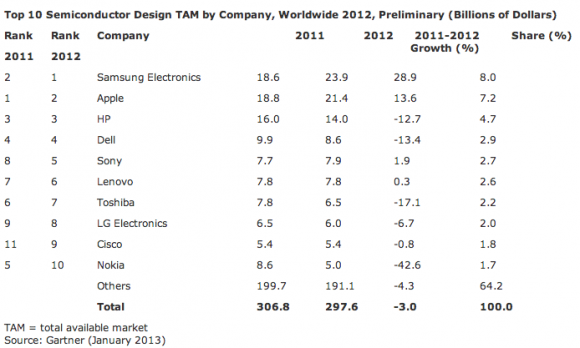 So while Samsung is indeed made up of several different businesses, one that makes displays, another that makes processors, another that designs smartphones, it’s still the brand Samsung that profits from one part consuming products from another. So when you see Samsung at the top of the global semiconductor customers list in 2012, a big chunk of that change is being kept in the family. Meanwhile even the third place company HP must rely on groups like Intel in a large way for the architecture in their machines.

Groups like Qualcomm and NVIDIA rely on the companies that do not manufacture their own device innards, on the other hand, so it’s not as if there’s only one perfect model here created by these top companies with their own supplies. Qualcomm creates mobile modems that sit in a large cross-section of the smartphones you see on the market today, while NVIDIA’s Tegra line of processors all but dominated the first wave of Android tablets and Super Phones that came out across 2011. 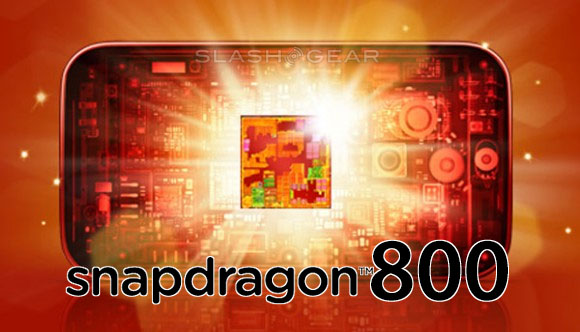 You’ll find the Qualcomm Snapdragon line of processors coming out in some of the most popular smartphones over the past year, too, including none other than Samsung’s Galaxy S III. What we’re going to be seeing here through 2013 – and what we’ve begun to see already – is Samsung sticking with their own Exynos processor lineup as much as they can muster. Meanwhile groups like ViewSonic, Toshiba, and ASUS will continue to work with NVIDIA and HTC, LG, and Nokia will opt for Qualcomm. Of course those partnerships aren’t definitive by any means, and several of the companies have gone between Qualcomm, NVIDIA, Texas Instruments (now out of the mobile processor business), and others in the past. 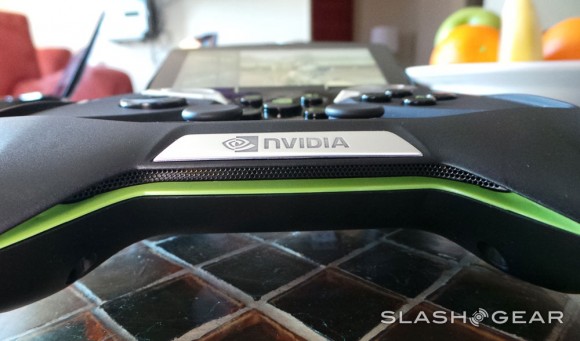 There’s also a cross-over happening on the part of NVIDIA with their first production device by the name of Project SHIELD. This is a mobile gaming handheld that’s branded by NVIDIA and includes both the Tegra 4 processor and their own Icera modem. we’ll just have to wait and see who they worked with to create the rest of the components in the final build, but for now, the point is clear: it seems clear that creating your own device, top to bottom, is becoming more and more preferable by companies with the ability to work with such a process.