Ford’s Mustang Hybrid is still on track to shake up the muscle car segment, it’s reported, with the next-generation two-door following on from the Mustang Mach-E. While an all-electric Mustang coupe or convertible still isn’t expected – despite Ford teasing us with a 900hp plug-in Mustang “Lithium” last year – the hybrid is still likely to be enough of a departure from tradition to divide enthusiasts.

Ford’s original plan had been to launch a hybrid Mustang in 2020 it’s believed. Back in 2017, the automaker revealed its big electrification goals for the next few years, including a gas-electric version of the best-selling F-150 truck. That wasn’t to be the only storied nameplate getting some extra voltage, though.

To be built at Ford’s Flat Rock plant, the Mustang Hybrid played it close to the chest with specifications. All Ford would say at the time was that it would pair a gas engine with an electric drivetrain of some sort, for similar performance to a regular V8 gas-only Mustang. There’d also be a bump in low-end torque. 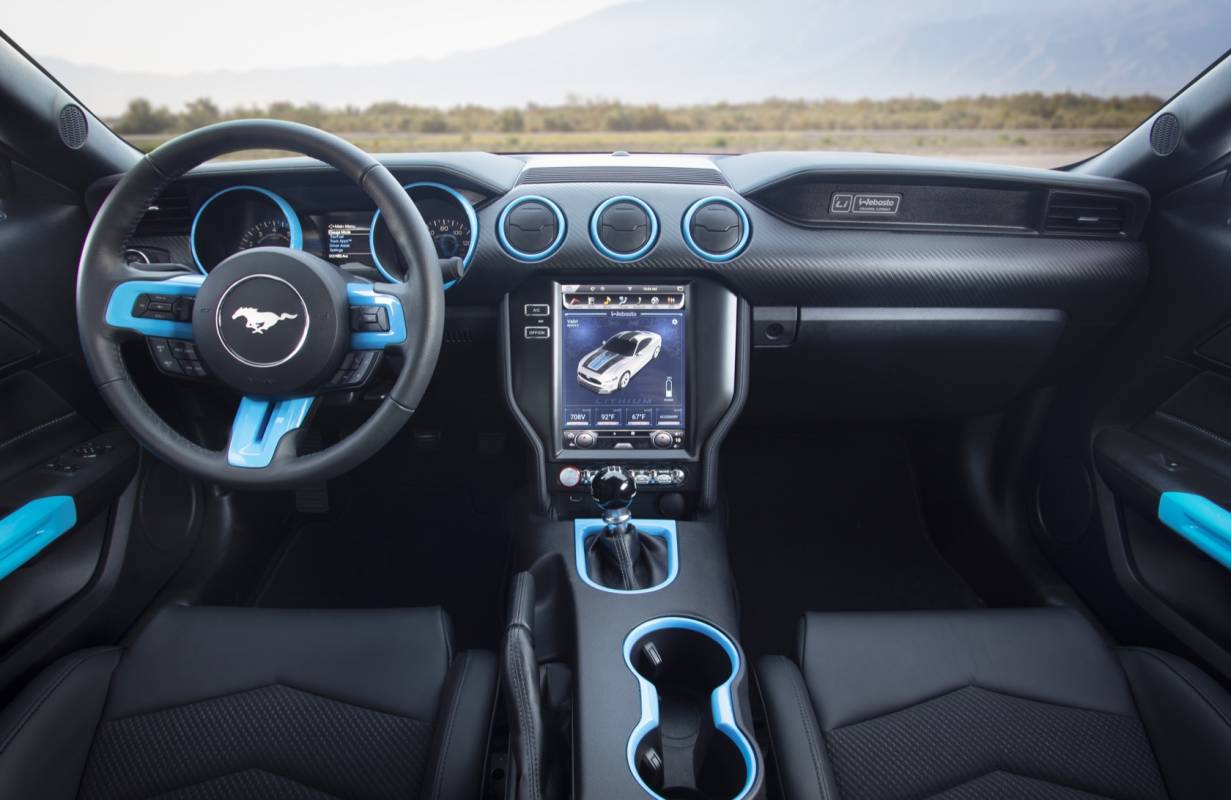 Instead of that car, however, what we’re getting this year is the Mustang Mach-E. Ford’s decision to borrow the Mustang name for its all-electric crossover SUV was a controversial one, easily on a par with the vehicle’s styling. Still, it seems to have done the trick for early demand, with reservations for the 2021 Mustang Mach-E First Edition selling out in short order.

Down the line, though, there’s still a hybrid Mustang to look forward to. In fact, it could end up being more of a game-changer for the pony car than just electrification alone.

In fact, Ford is considering an all-wheel drive Mustang Hybrid, sources tell Autocar UK. That would be a stark departure from the current car, which has always been offered in rear-wheel drive. A Ford patent filing from 2017, meanwhile, gives one possible explanation for how the automaker’s new drivetrain might work.

Granted by the USPTO in late 2019, the patent – “Twin motor drive system for hybrid electric vehicle” – describes a setup where two electric motors flank a traditional gas engine. The latter is responsible for driving the rear wheels, much in the same way that the V8 in the current Mustang GT drives its rear wheels. The two electric motors, however, would independently drive the front wheels.

As with most patents, there’s a whole lot of flexibility built into the language. The combustion engine, for example, could be a V8, and indeed Ford’s graphics show an eight-cylinder engine being involved for the rear wheels. However, the document also makes clear that different gas engines could be implemented. 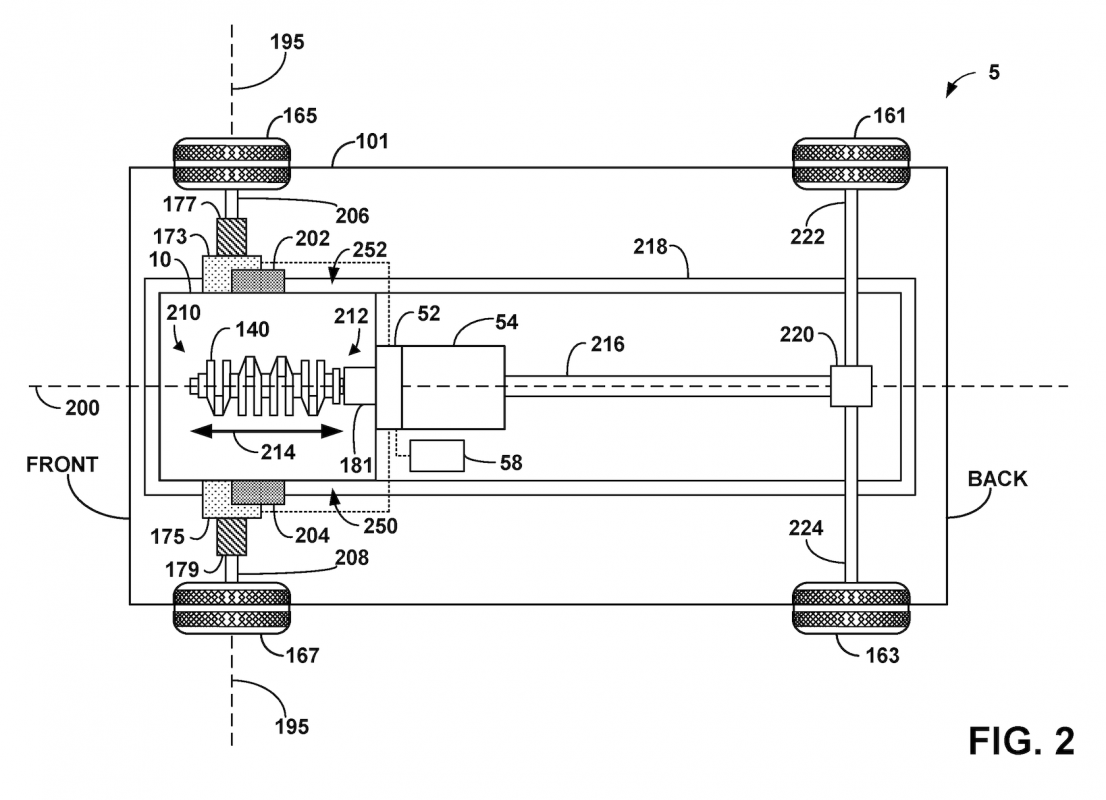 The electric motors, too, support various configurations. One possibility is a so-called pancake motor, broad and flat, each connected via a reduction gearbox to one of the front wheels. Among the advantages in doing so, Ford explains, “the electric motors may be selectively energized in order to drive the front wheels independently of the rear wheels.”

What such a setup would allow is true torque vectoring. That is, the front wheels on one side of the car could be spun faster than those on the other side, improving turning performance in corners. Alternatively, the Mustang Hybrid could potentially drive on electric power alone, though range in that situation would depend on the size of the batteries onboard.

That’s one big mystery among several still surrounding the car, which isn’t expected to be revealed until 2022. That would put it at the tail-end of Ford’s original “five year” promise for its electrification roadmap, during which time we’ve seen a number of significant shake-ups. In January of this year, for example, Ford confirmed it would be using Rivian’s electric platform as the basis for an upcoming Lincoln EV.

While there’s no word on non-electrified Mustang models, it seems highly unlikely that Ford would opt to do away with gas-only options in such an iconic car. The new Mustang is believed to use the CD6 platform that the Explorer does, its scalable vehicle architecture for midsize and full-size vehicles.