Tomorrow morning an Apple event is set to take off bringing on a set of new devices starting, first and foremost, in the iPad arena. The 5th generation iPad is tipped to appear alongside the 2nd generation iPad mini, both of them ready to work with iOS 7 right out of the box. The desktop and mobile laptop environments are also tipped to be getting an update with the MacBook Pro lineup receiving 4th generation Intel Core technology (Haswell) alongside a final push for the Mac Pro 2013 to stores.

The 5th generation iPad has seen several cycles in the rumor mill over the past several weeks, but final summation appears to be that the shorter, thinner version of the iPad will indeed be moving forward – with no final word on Touch ID. This version of the iPad will take cues from the previous (and current) iPad mini with a slightly sharper edge around the back and far thinner bezels on the right and left of the display. 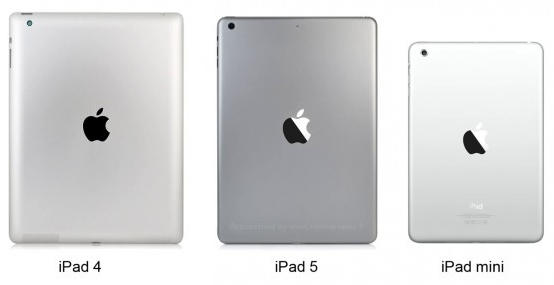 It’s suggested as recent as this morning (via the Wall Street Journal) that this version of the iPad will also work with a new type of front covering – perhaps not even a standard glass – that will allow the entire device to be far thinner than previous iterations. This “thin film” information comes from parts suppliers in China. 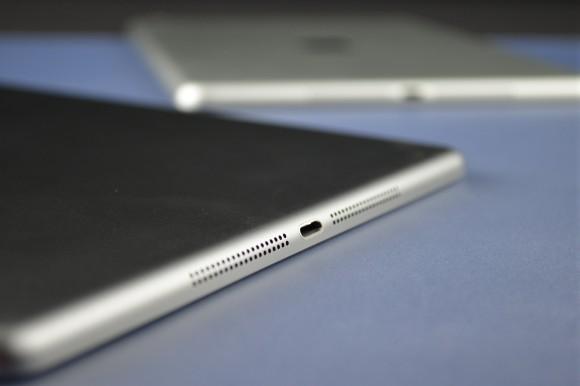 This smaller iPad was – again – suggested to be making way for Touch ID for the entire iPad line-up, but thus far this tip comes only from hearsay on the home button technology and the idea that a larger front button hole means making room for the Touch ID (fingerprint sensor) ring. The 5th generation iPad will likely be available in silver and black – a black closer to a dark gray this time around than in previous generations of the iPhone’s black.

The iPad 5 will certainly see a boost in its processor power, probably working with a chip called A7X, working with the same “X” naming tradition as in past iPad releases. This chip will be born of the same technology as that used in the iPhone 5s. 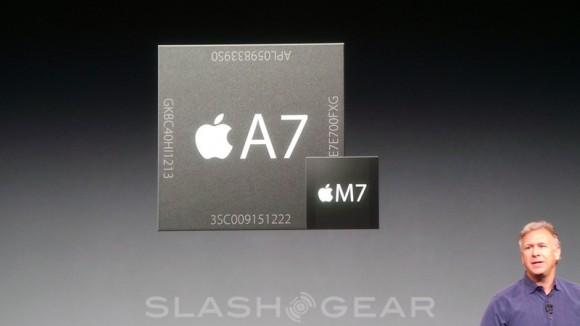 As a bit of a bonus rumor, this morning we’ve seen word that Apple may release one or more homebrewed accessories for the iPad 5 including a keyboard case. This would ring a bell for some recently released bigger competitors for the tablet, dismissing their one advantage in the process.

The second-generation iPad mini has seen several cycles of rumors as well, with most of the disagreements between the lot of them centering in on the idea of a Retina Display. The most recent wave of rumors appear to agree that a slightly different size for the iPad mini in early parts supplies suggests that internal parts will be changed, this suggesting a Retina Display is in order. 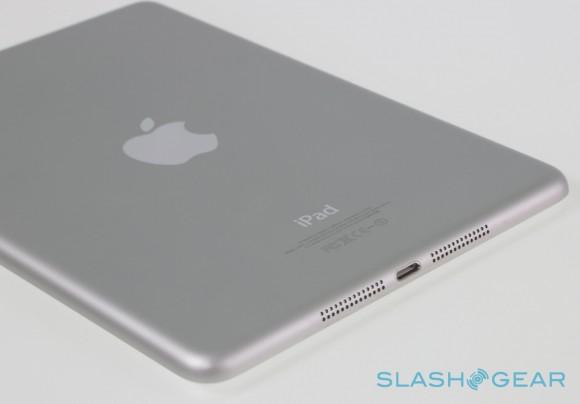 With the Retina Display up front, Apple will likely give this machine a boost internally as well. This device will likely make use of the same processor delivered in the iPhone 5, that being a slightly modified Apple A6 chip. The iPad mini 2 will not likely work with Touch ID even if the iPad 5 delivered with said technology.

The iPad mini 2 will also be delivered with at least two color casings, one silver, one black – these colors will reflect those released with the larger iPad. The 2nd generation iPad mini will have a layout on its bottom side similar to that of the iPad 5, working with a single Lightning connector in the center flanked by two bottom-facing speaker grids.

Not much is known about the next-generation MacBook Pros this time around, likely owning to the fact that not a whole lot is set to change. As it was shown in the release of the Haswell MacBook Airs earlier this year, not much seems to need to change – Apple will simply be busting out the heavy battery life with the integration of Intel’s newest processor technology, along with the movement of maybe a port or two – USB 3.0 for all. 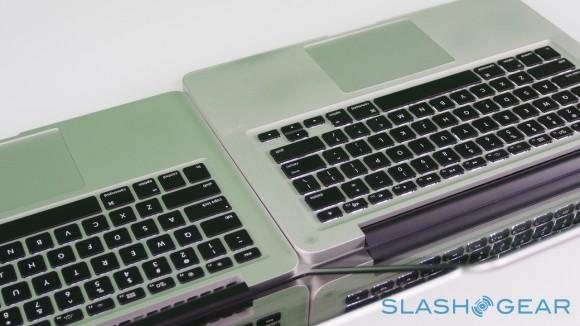 The Mac Pro 2013 will likely appear exceedingly similar to the version showed off earlier this year, this idea backed up by the fact that they released a commercial for the unit last month. This device is working with technology that allows it to output to several displays at once with relative ease, suggesting here that Apple may update their Thunderbolt-laden display lineup when the time comes for the Mac Pro 2013 to hit the market.

Have a peek at our full Mac Pro 2013 101 for the full top-to-bottom run-down of the details of the Mac Pro 2013, and expect it to appear soon – if not tomorrow, then very, very soon afterward. They’ve got to release this device in time for the holiday season – they’ve just got to!

We will be live at the event center bringing the entire series of announcements and hands-on opportunities straight from California. You’ll find the whole SlashGear Live portal lit up for the full event, with photos and chatter coming on-the-second as it all happens. You’ll also be able to see the whole set of announcements on SlashGear’s main newsfeed. 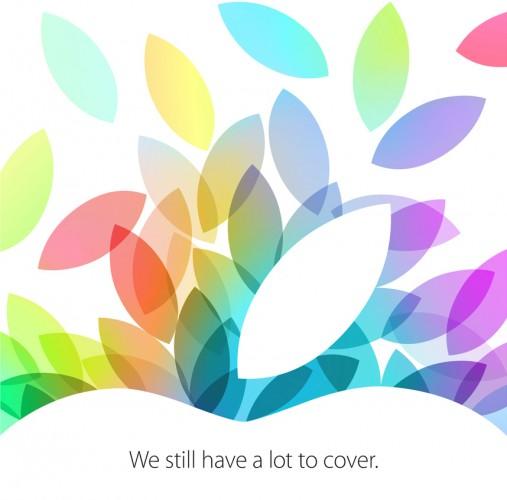 To see everything Apple during the event tomorrow – and well into the future – have a peek at the SlashGear Apple Hub, ready to roll at the moment with reviews of devices already out on the market as well as rumors galore for the next generation. Stick around for the full run-down!