2022 Chevy Silverado 1500 gets Super Cruise and a redesigned dashboard

The 2022 Chevy Silverado 1500 has appeared with an updated dashboard design, new tech features, and GM’s Super Cruise autonomous driving technology. Chevrolet is upping the ante to keep Silverado competitive among its tech-laden peers, notably the Ram 1500 and Ford F-150. Also coming in 2022 is the Silverado ZR2, an off-road-ready half-ton beast with 35-inch tires and a raspier attitude.

The fourth-gen Silverado drew mixed reactions upon arriving in 2019, and it mostly had to do with two factors: How it looks and interior refinement. The Silverado is not the best-looking truck in the block, but Chevy gave the fascia a minor nip and tuck to make it easier on the eyes. The new façade has lower-set headlights and a new grille design. Other trims get wing-shaped LED daytime running lights that display animated lighting sequences when locking or unlocking the truck. 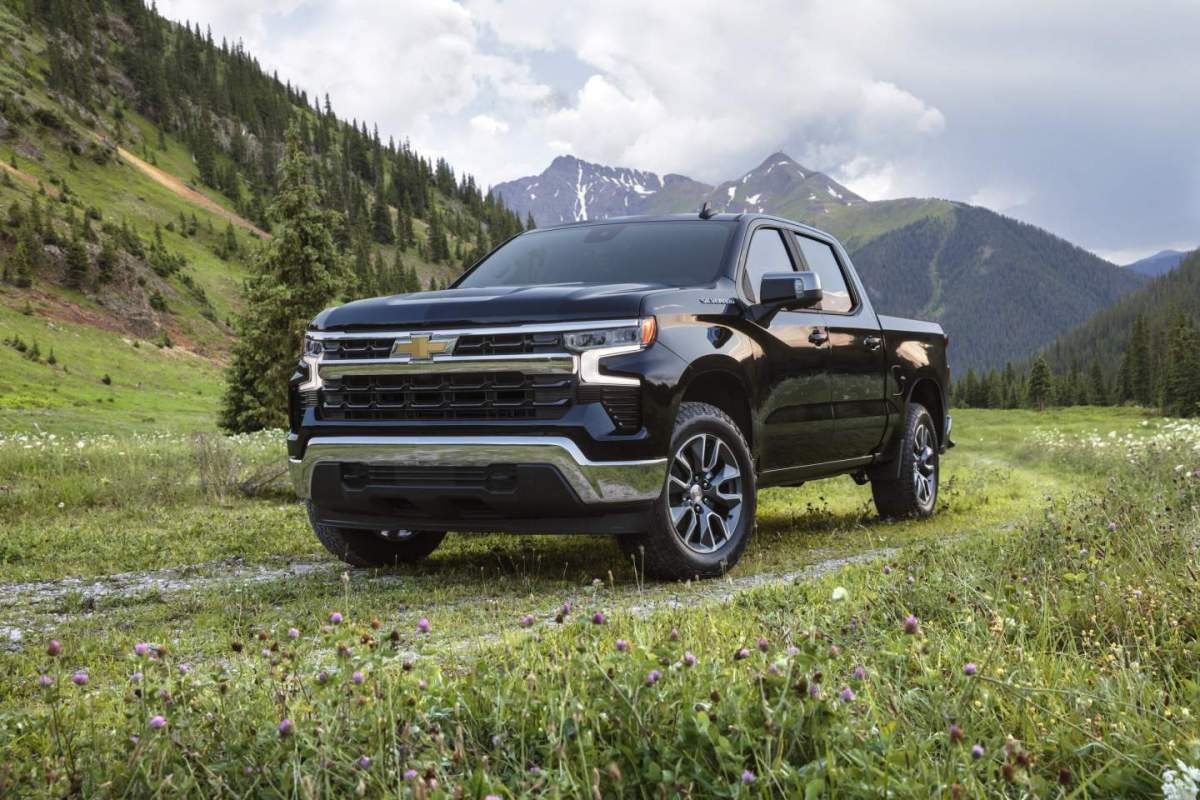 Meanwhile, the Silverado ZR2 gets a unique grille design, a black hood insert to reduce glare, and custom 18-inch wheels wrapped in 35-inch tires. “Chevrolet has been competing on some of the most grueling, toughest off-road courses with a prototype Silverado ZR2 in the ‘Best in the Desert’ racing series,” said Dom Lester, General Motors Chief Engineer. “We applied what we learned in racing and Moab testing to the new ZR2 to offer a supremely capable and confidence-inspiring package, but one that doesn’t beat you up on the highway with its ride quality.” 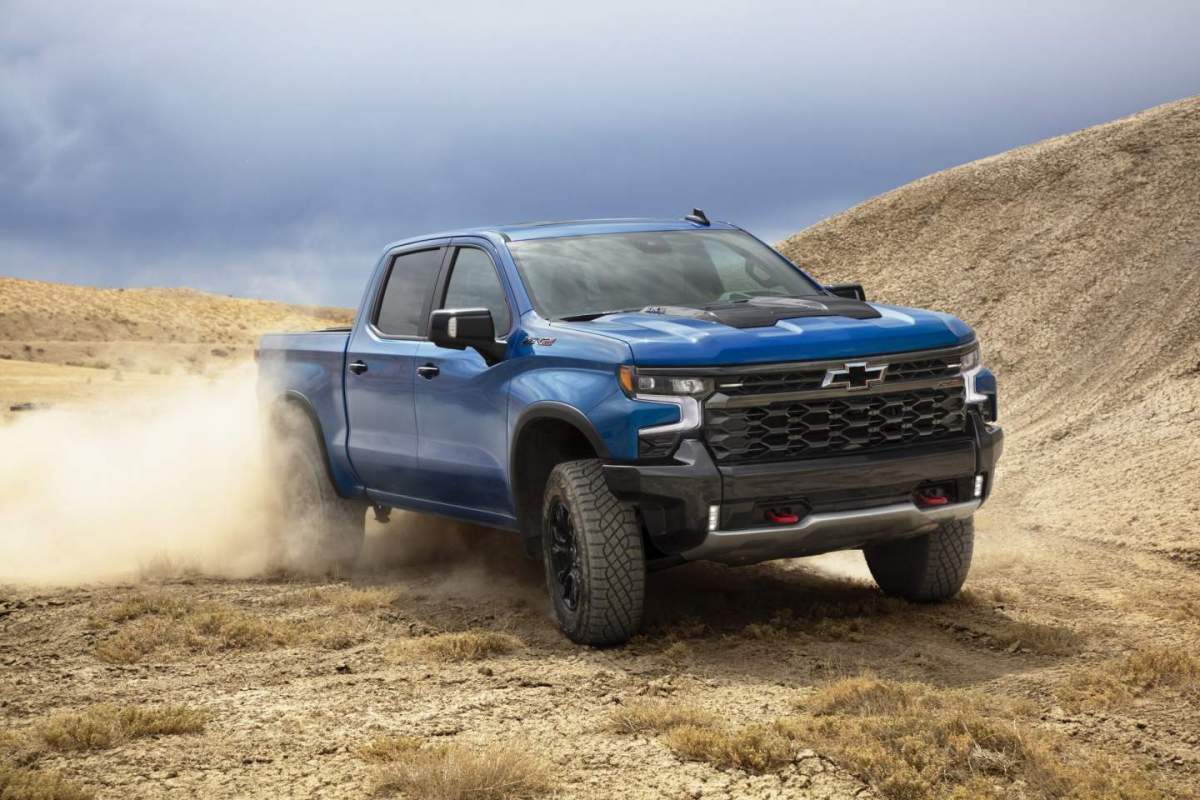 Besides having a more aggressive vibe, the 2022 Chevy Silverado ZR2 has a complete suspension upgrade that combines rugged off-road capabilities with a civil ride. It has Multimatic 40mm DSSV spool-valve dampers with three connected chambers and three separate spool valves, a first for the Silverado. 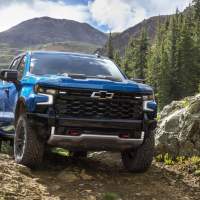 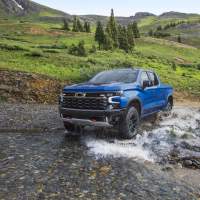 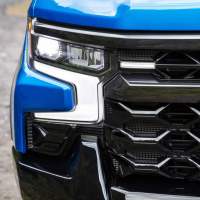 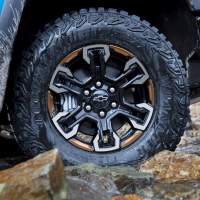 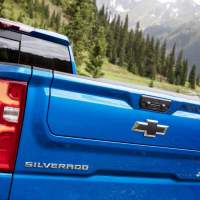 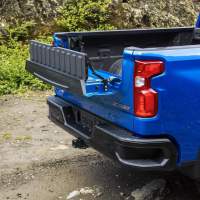 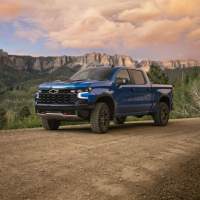 Combined with custom springs (that increase the ground clearance and suspension travel by up to 2.5-inches than Silverado Trail Boss) and 33-inch chunky mud-terrain tires, the Silverado ZR2 will feel at home on rough terrain or level ground. It also offers a 31.8-degree approach angle and a departure angle of 23.3-degrees, more than on any Silverado. 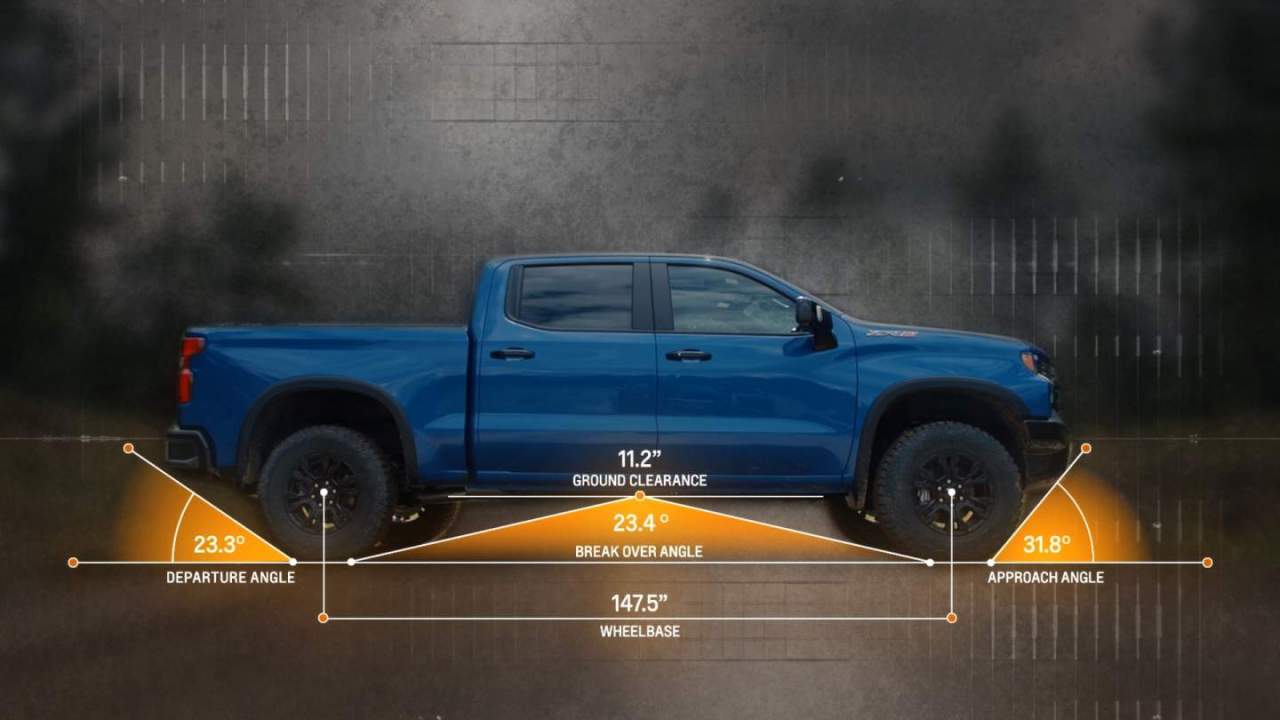 Powering the new Chevy Silverado ZR2 is a 6.2-liter V8 pumping out 420 horsepower and 460 pound-feet of torque. And with a 10-speed automatic transmission, the ZR2 is a capable highway cruiser. Mind you, the new ZR2 won’t make the Ram TRX or Ford F-150 Raptor run for cover, but the V8 has more than enough oomph for some serious off-roading fun. Other goodies in the Chevy Silverado ZR2 include front and rear e-lockers, skid plates, and a new Terrain Mode that allows one-pedal rock crawling. 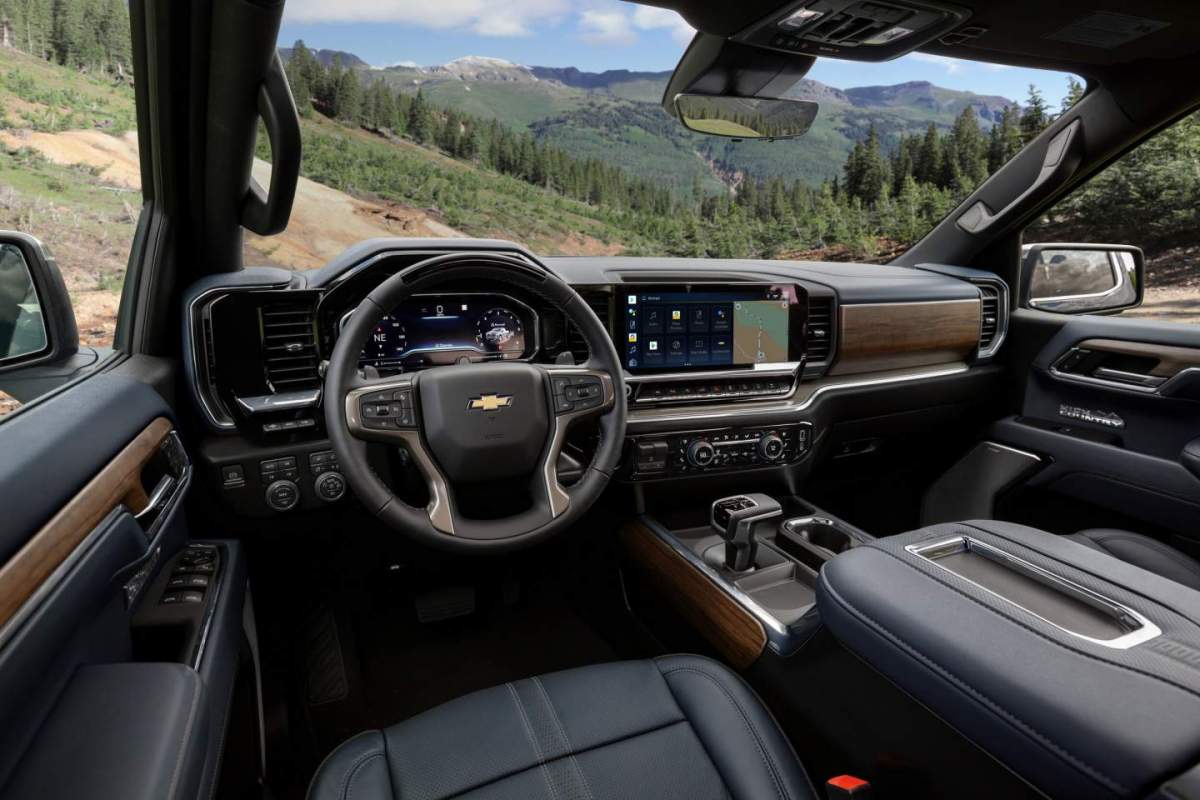 Also new in the 2022 Chevy Silverado is a redesigned dashboard (LT trims and above) with better materials and a host of new tech features. The outgoing Silverado’s interior design felt out of touch with modern times, but Chevrolet promises a better and more refined experience with the Silverado’s new cabin. It now has a configurable 12.3-inch instrument cluster and a brilliant 12.3-inch horizontal infotainment touchscreen. The new center console houses an electronic shift controller. All Silverados from LT trim and above also come with Google built-in compatibility that works with Android Auto and wireless Apple CarPlay. 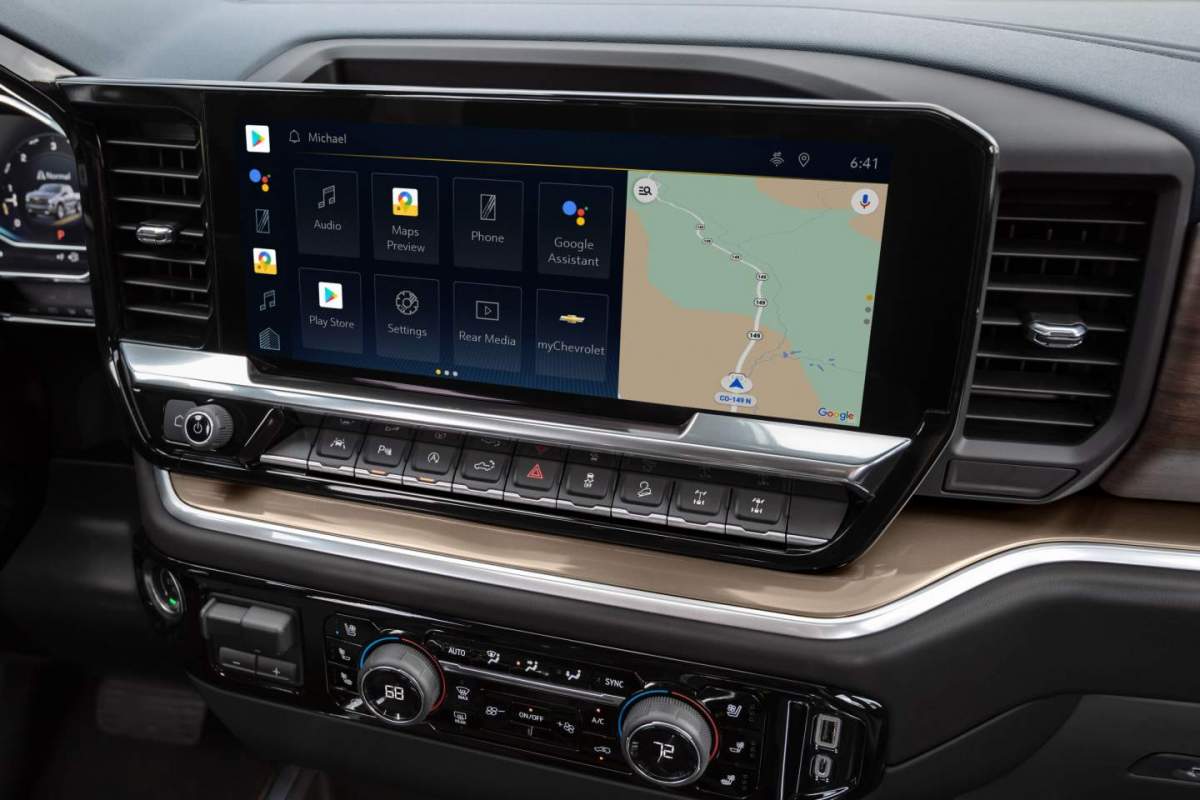 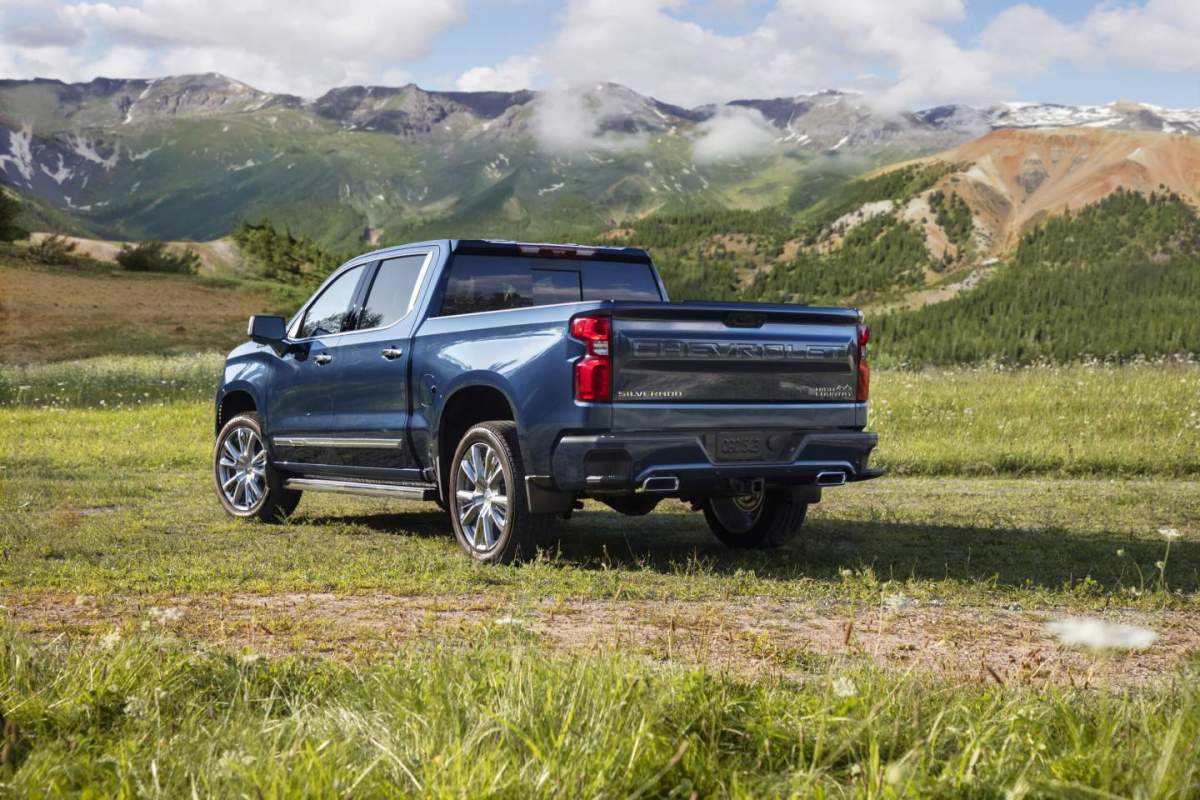 The newest Chevy Silverado 1500 is also coming with GM’s Super Cruise autonomous driving tech, available in Silverado High Country trim. Super Cruise is compatible on more than 200,000 miles of roads in the US and Canada, and it works even when towing a trailer. On the other hand, lower-trim versions have a generous array of advanced driving aids like lane-keeping assist, automatic high-beam headlights, automatic emergency braking, and more. 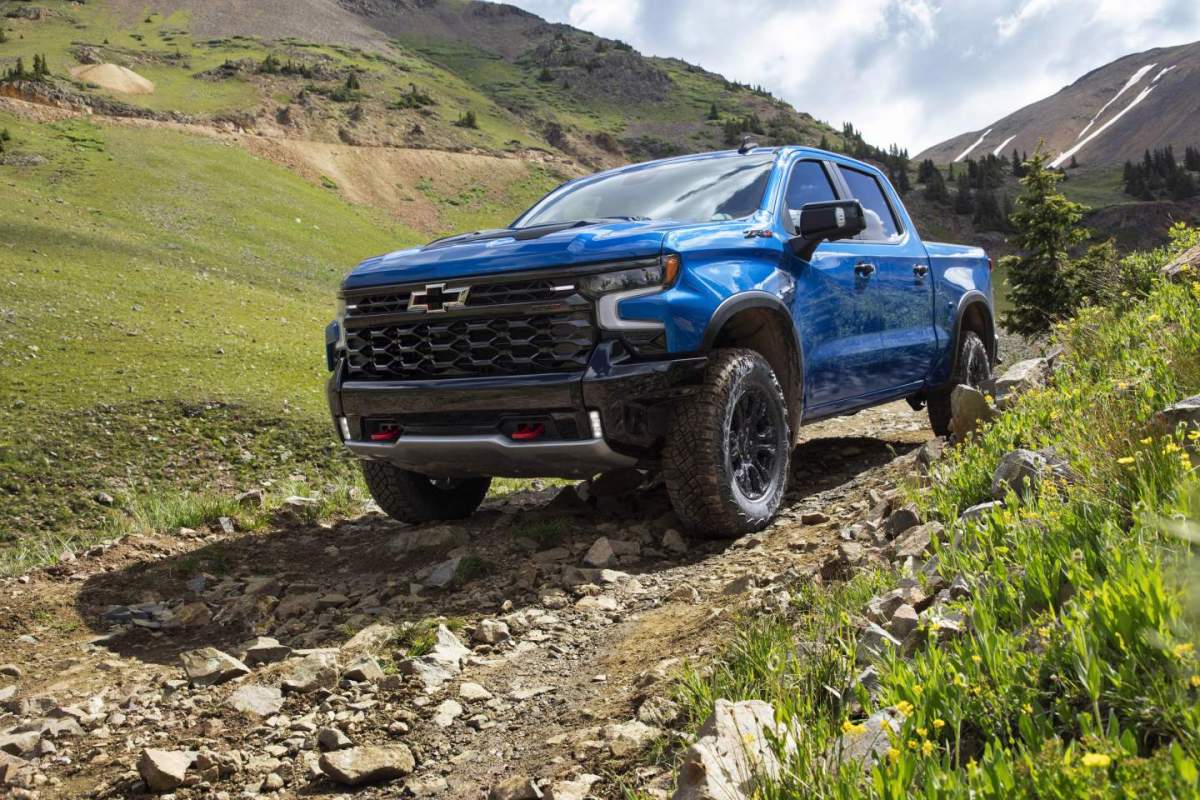 In addition, Chevrolet gave the base turbocharged 2.7-liter four-banger engine more torque, up to 20-percent than before. It now has 310 horsepower and 420 pound-feet of torque. Moreover, Silverado models equipped with the Duramax 3.0-liter inline-six diesel engine receive new chassis updates to unlock a 13,000 pounds towing capacity, a considerable increase over last year’s model with a 9,000 pounds towing limit.

No word yet on pricing, but you can expect the 2022 Chevy Silverado to arrive at dealerships in spring 2022.