We drove some really unexpected SUVs in 2018

You used to know where you were with an SUV. Five seats, maybe seven; plenty of space for luggage; and most likely all-wheel drive: in short, something perfectly functional to take the family on a cross-country vacation. These days, though, the SUV has morphed into something altogether different.

The workhorse Sports Utility Vehicles are still out there, but they’re in the shadow of a new breed of extreme SUVs. More power, more luxury, and more general excess, they often carry badges of brands you never thought you’d see in the category, too. 2018 saw us drive six of the strangest or most unexpected…

The e-tron SUV isn’t Audi’s first mainstream all-electric car, but it’s certainly the most important for the automaker. Strange, then, that its EV credentials aren’t actually the biggest takeaway from several experiences in the 2019 e-tron this year. Instead, what stands out is just how well Audi has done making a luxury SUV that just happens to be electric. 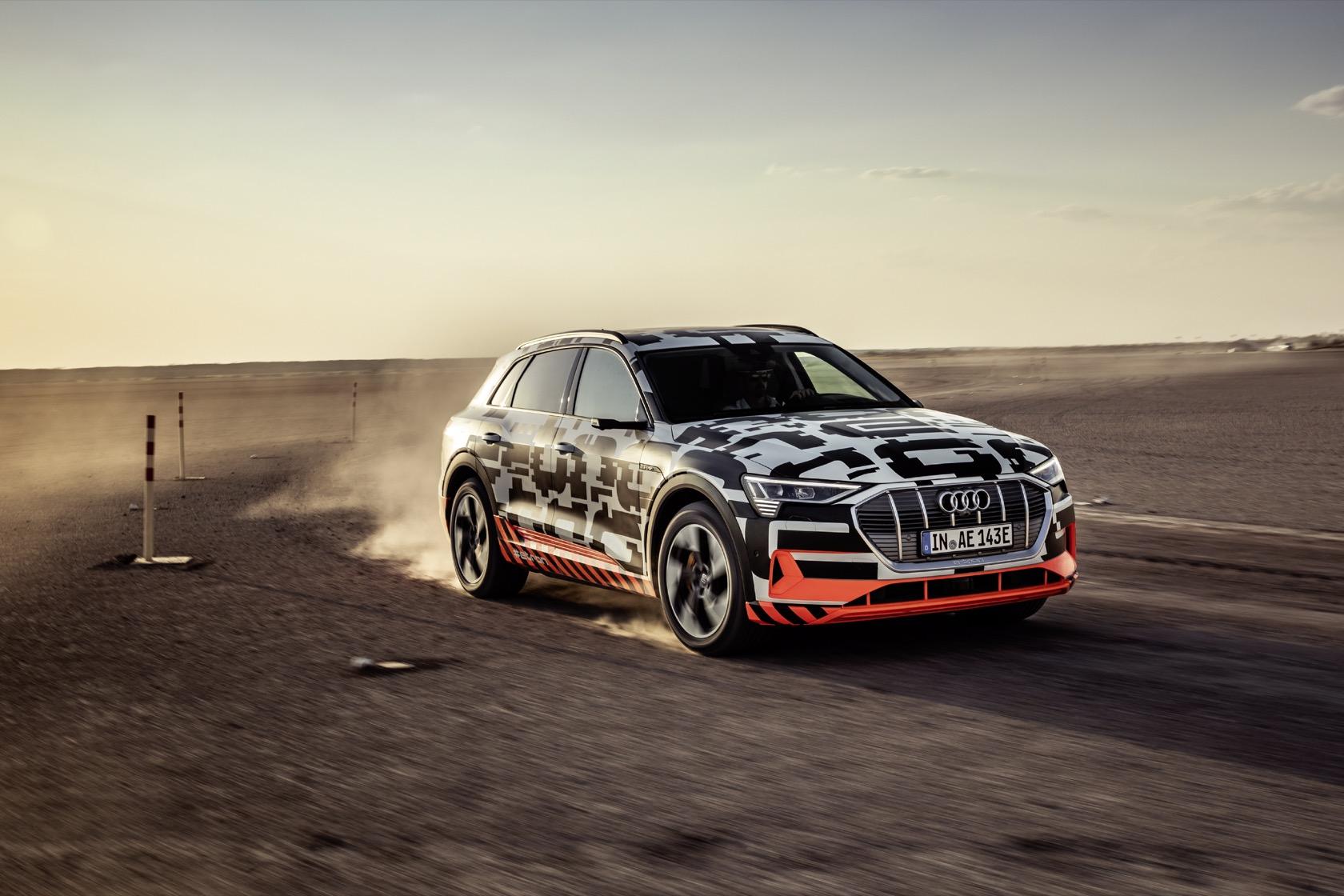 That’s the conclusion we came to after a sand-filled drive drifting the e-tron sideways, and finding that Audi’s new electric quattro drivetrain is very capable indeed. We already knew the automaker was onto something special, mind, having taken a pre-production prototype – still in striking camouflage wrap, indeed – not up, but down the challenging Pike’s Peak course. Not the most typical direction of travel, no, but perfect to test out Audi’s groundbreaking power regeneration system.

The 2019 Rolls-Royce Cullinan is the SUV nobody believes

Of all the automakers you’d expect to get in on the SUV craze, Rolls-Royce would probably come pretty low on your shortlist. Figure us – like everyone else – surprised when the legendary British car company announced it would be making not only a truck, but the most luxurious truck imaginable. That turned out to be the 2019 Rolls-Royce Cullinan.

Here’s the confession: like many, we suspected Rolls-Royce may have bitten off more than it could chew. After all, what would a company best known for vast, wafting limos and sybaritic convertibles know about off-roading? Turns out our skepticism was completely unfounded, and while the Cullinan’s styling may be divisive, you can’t argue with its capabilities in the rough stuff – or that its cabin lives up to the Rolls-Royce reputation.

The 2019 Mercedes-Benz G-Class is a classic reborn

Speaking of reputations, Mercedes’ G Wagon has one of the strongest in the SUV segment. There were plenty of nervous fans biting their fingernails at the news of a new generation, therefore, but the 2019 Mercedes-Benz G550 didn’t disappoint. Behind the familiar, blocky styling was a thoroughly modern – and entirely capable – SUV that added a dash of luxury to the G-Class experience. 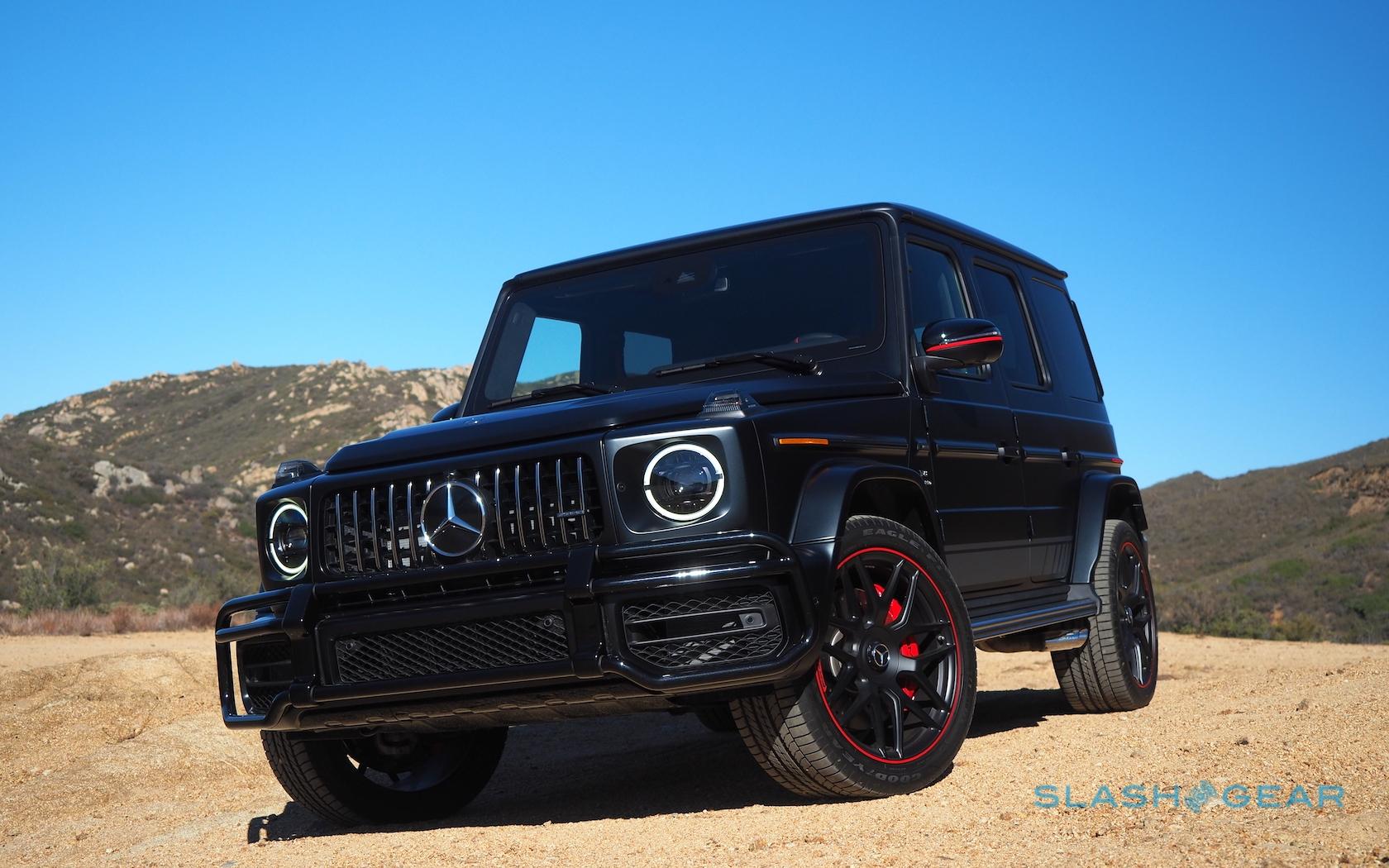 Things get even more excessive when you crank the dial up to the 2019 Mercedes-AMG G63. Matte black paint, side-pipes, and a lavish leather interior are more suited to Malibu than off-roading, but the G63 holds its own with eye-catching aplomb. 626 lb-ft of torque will do that.

The USSV Rhino GX is an unlikely family car

Sightings of the other SUVs on this list may be rare, but you could go a lifetime without seeing the USSV Rhino GX in the sheet metal. Share a road with this military-inspired behemoth, though, and there’s no way you could miss it. The truck that makes Hummers look effete is nothing close to subtle. 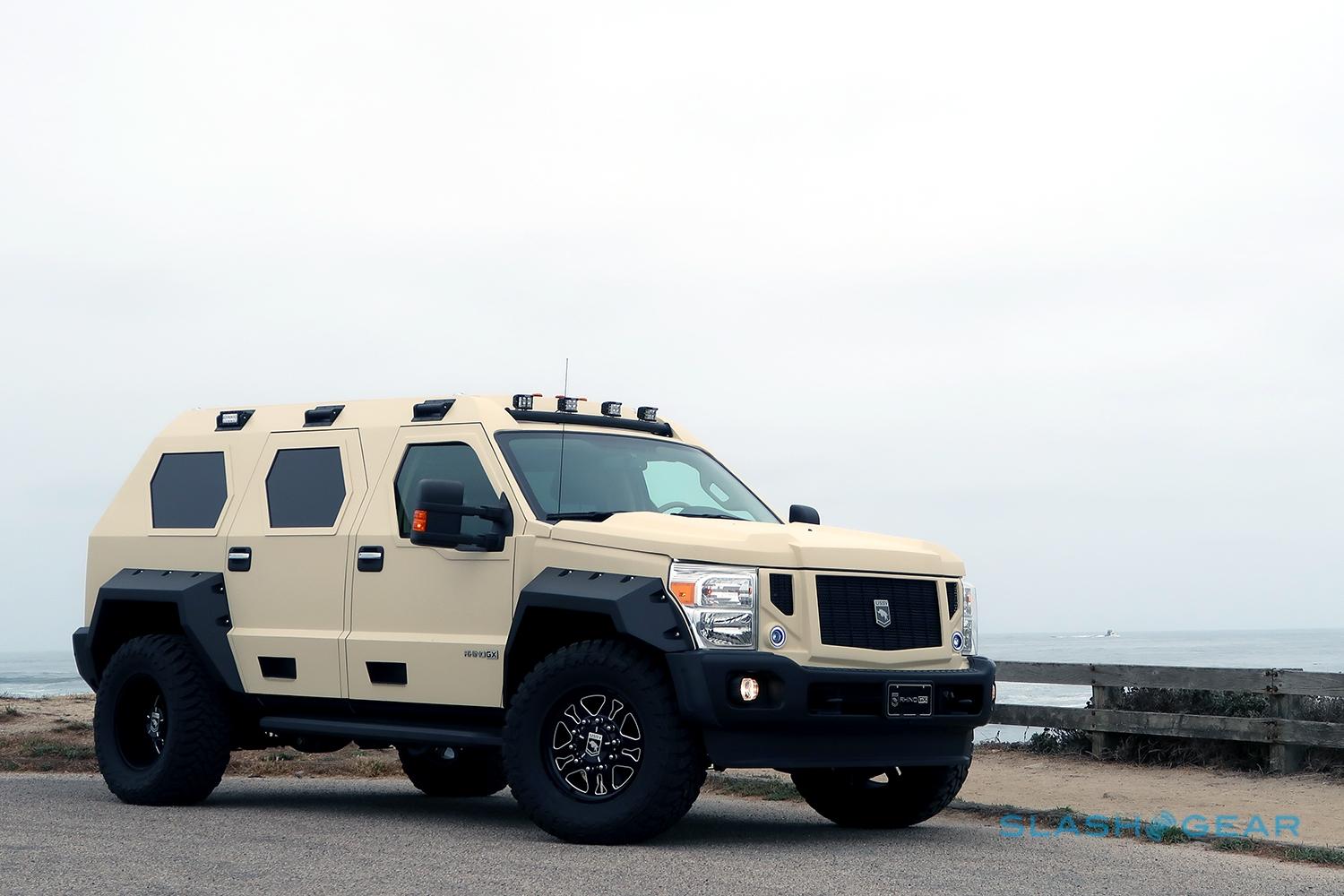 Styling that wouldn’t be out of place in a war zone hides an unexpected degree of practicality, however. The sizable interior has been given the luxury treatment, and while its curb weight may clock in at nearly 10,000 pounds, a 6.7-liter V8 isn’t exactly underpowered. It’s even oddly practical: underneath is the chassis of a Ford F-450 Super Duty, which means finding qualified servicing should be a little easier than finding a suitably-sized parking spot.

“Bentley” and “sensible” don’t typically occur in the same sentence, but the most affordable Bentayga is actually oddly restrained. Doing away with the twelve-cylinder W12 engine the luxury truck launched with could’ve diluted its excess-appeal, but instead it made for a very different – and very charming – high-end SUV. In fact, there are a few good reasons you might want the 2019 Bentayga V8 instead of the W12 version. 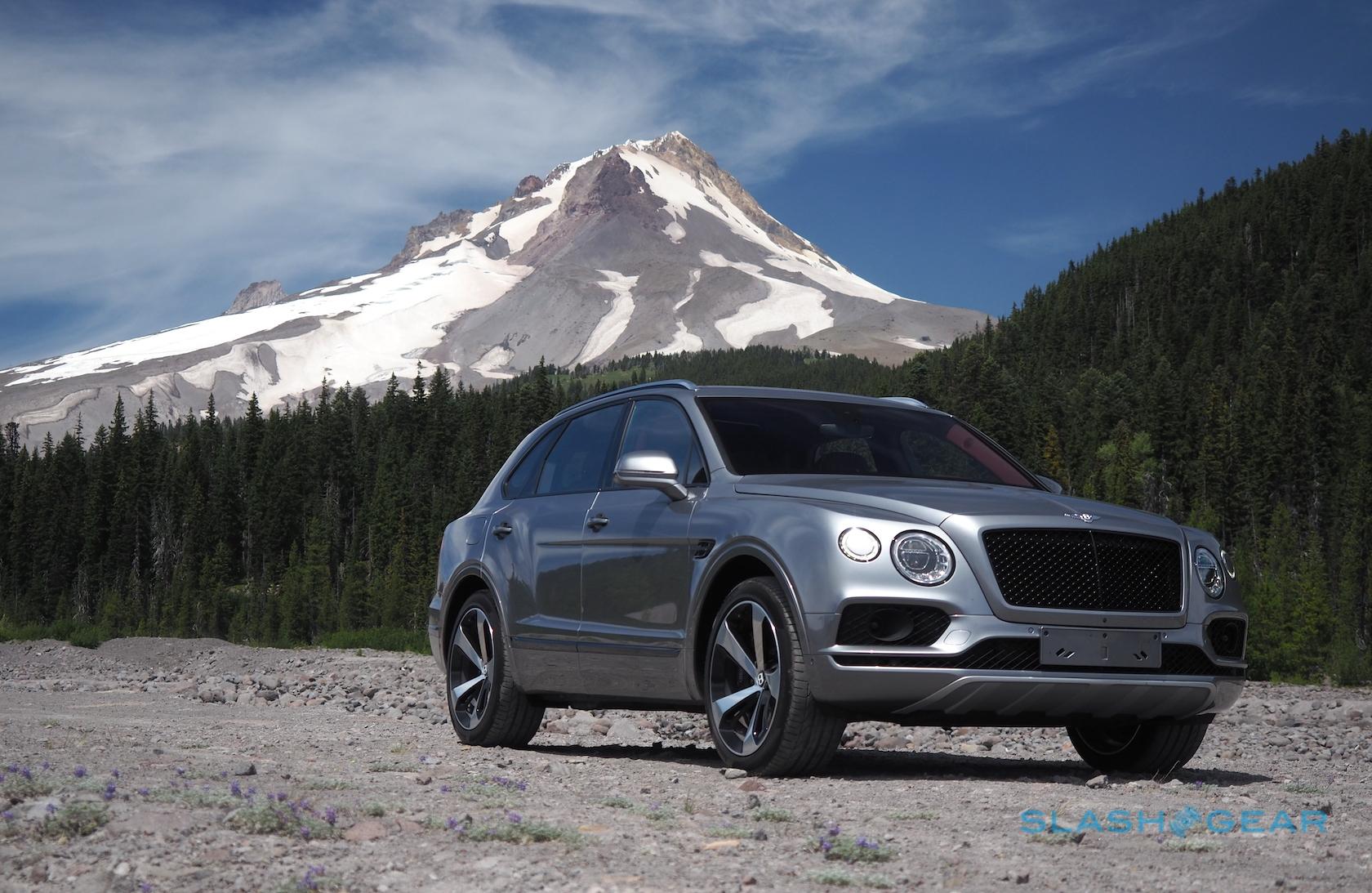 It’s more affordable – starting $67k less than the W12 – but hardly less powerful, with 542 horsepower and 568 lb-ft of torque. Those numbers only look conservative next to the 600 hp and 664 lb-ft of the W12. Yet with styling that looks just as brash, and a cabin just as cosseting, Bentley has arguably done the unthinkable: made a car that actually comes close to being the sensible choice.

Squeezing in at the end of the year is another “wait, who is making an SUV?!” entry in the list. The 2019 Lamborghini Urus isn’t the Italian automaker’s first truck, but it’s the one that’s going to upend the company’s sales numbers over the next couple of years. With the styling of a jacked-up Aventador, and the 641 horsepower to making this particular SUV just as comfortable on the track as a Huracan, the Urus is no ordinary car.

Bringing together the worlds of high-end supercar coupe and practical family vehicle could’ve been a disaster. Certainly, the Urus’ aesthetic is proving divisive. Yet what nobody can argue with is that Lamborghini’s all-wheel drive expertise holds its own both on a raceway and in the rough stuff. Little surprise, then, that the automaker is predicting that the Urus will do for its sales what other high-end SUVs have for its luxury counterparts, bringing in a whole new audience and helping underwrite the performances coupes and convertibles it’s best known for.

You can find plenty more first-drives in the SlashGear Cars hub!