The 2019 Bentley Bentayga V8 does the unthinkable

Eyebrows were raised when Bentley announced it was making an SUV, but the Bentayga proved the skeptics wrong. Weaving together performance, luxury, and unmistakable curb presence, the only thing it lacked was subtlety. Now, with the arrival of the 2019 Bentayga V8, it’s getting a little brother – one who may just overshadow the original altogether.

Since the Bentayga’s debut, of course, we’ve seen numerous super-luxe SUVs announced. Stablemate Lamborghini has the Urus, underscoring the “Sports” in SUV; Rolls-Royce has gone to its own extremes with the Cullinan. Even Ferrari is getting in on the action, though its Purosangue won’t arrive until 2022. 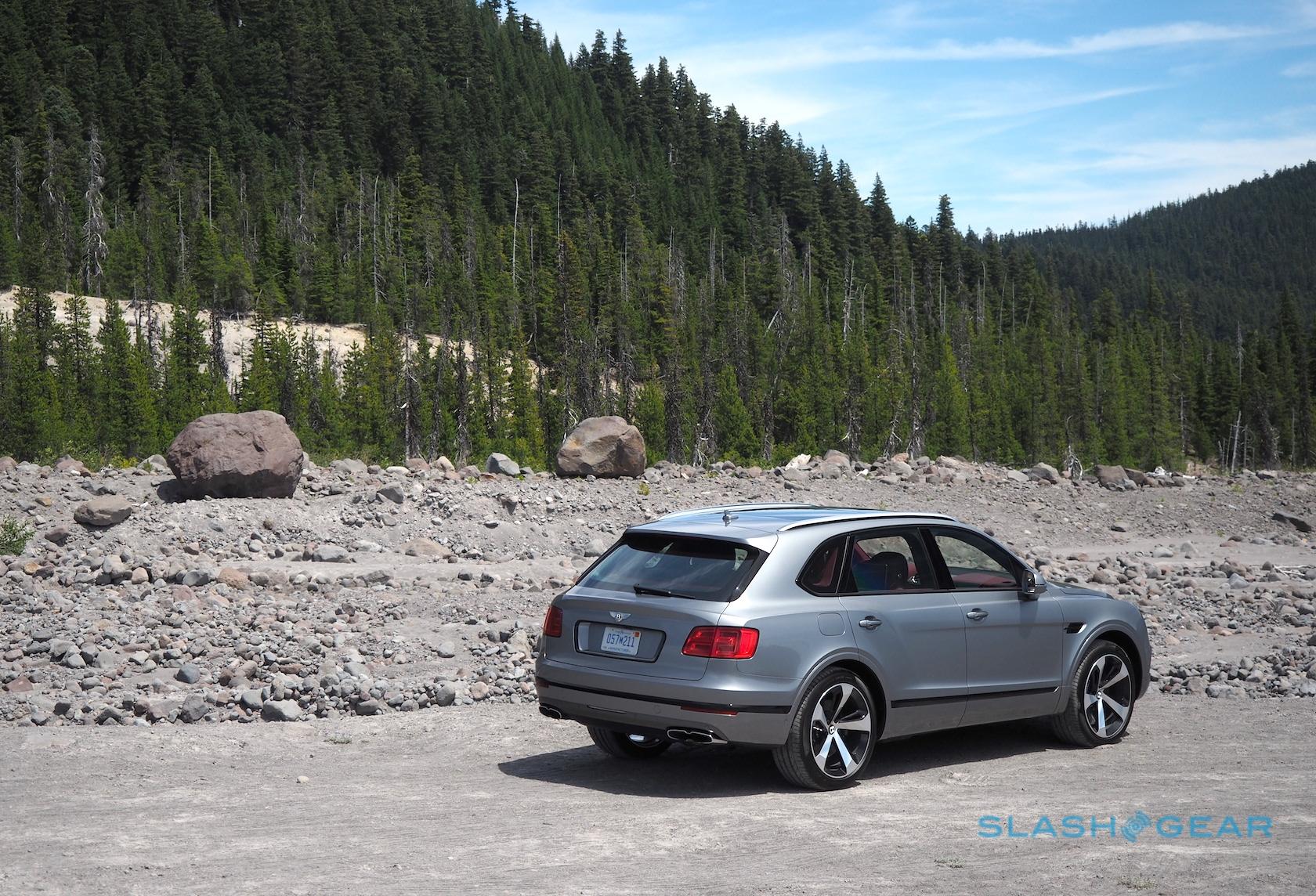 There’s no understating how important the Bentayga is to Bentley. The SUV is the automaker’s best-selling model, after all. You might, therefore, expect the next target to be even higher echelons of luxury, but you’d be wrong. Actually, Bentley wants to make the Bentayga more attainable.

“Attainable” isn’t the same as “cheap” or even “affordable,” at least to most of us mortals. All the same, there’s a sufficiently large cohort of drivers dropping six-figures on luxury SUVs from Range Rover and others to make the Bentayga V8 worthwhile. Having driven it extensively, though, it’s not just Range Rover that should be worried. 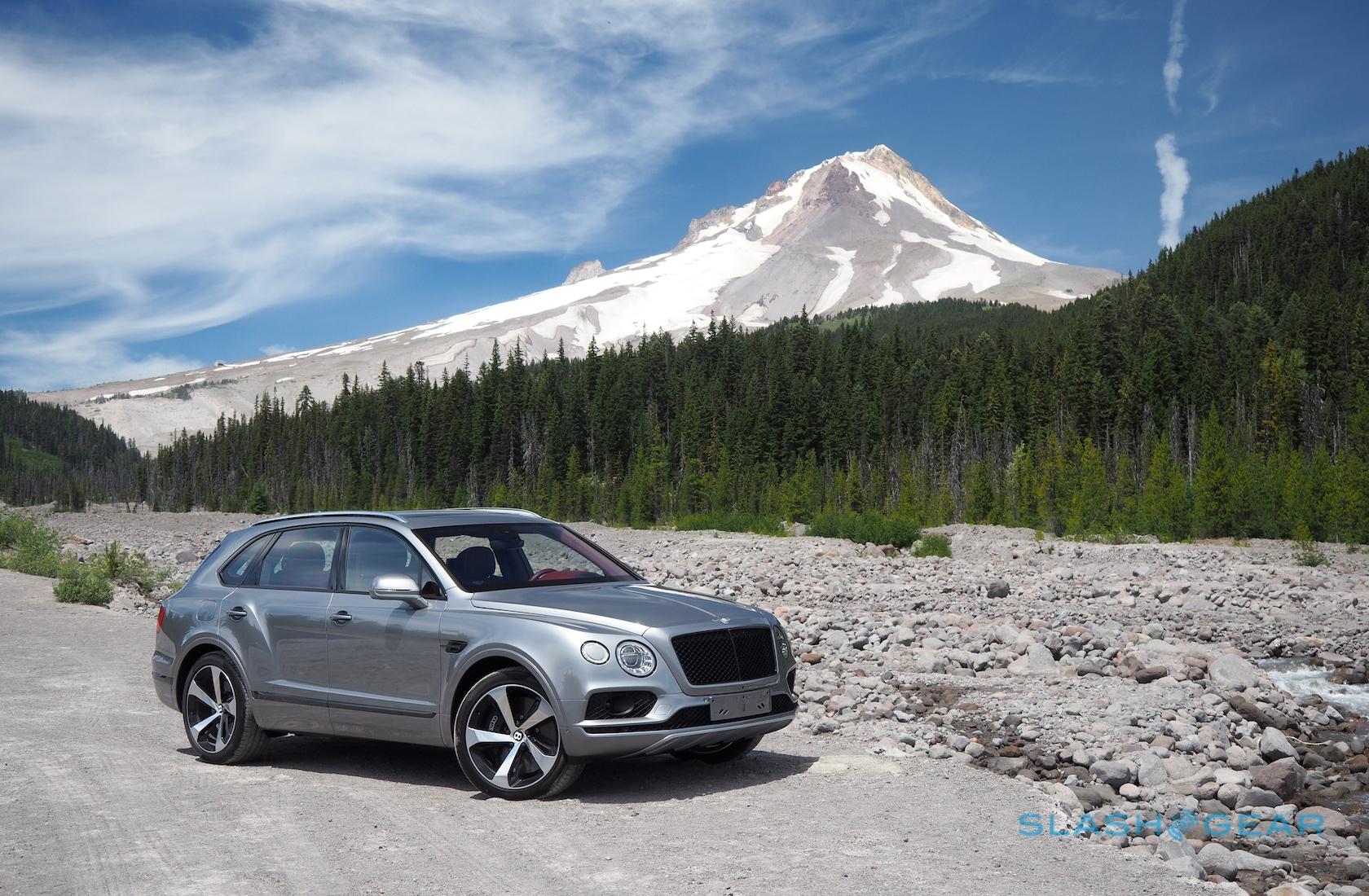 Instead it’s the Bentayga W12, with its beastly 6.0-liter, twelve cylinder engine, that should be looking over its shoulder. For the V8 you lose four cylinders and save considerably: this new version starts out at $165,000, or a hefty $67k less than its more potent sibling.

The “shortcomings” seem fairly minimal, at least when it comes to performance. The 4.0 V8 – borrowed from Porsche’s catalog, which is no bad thing – makes 542 horsepower and 568 lb-ft of torque. They only sound like small figures when you compare them to the W12’s 600 horsepower and 664 lb-ft.

It means the Bentayga V8 is a little slower, sure, though there’s still nothing embarrassing about 0-60 mph in 4.4 seconds. The W12 does that in an even four. Top speed is 180 mph, a 7 mph dip from the more expensive version. 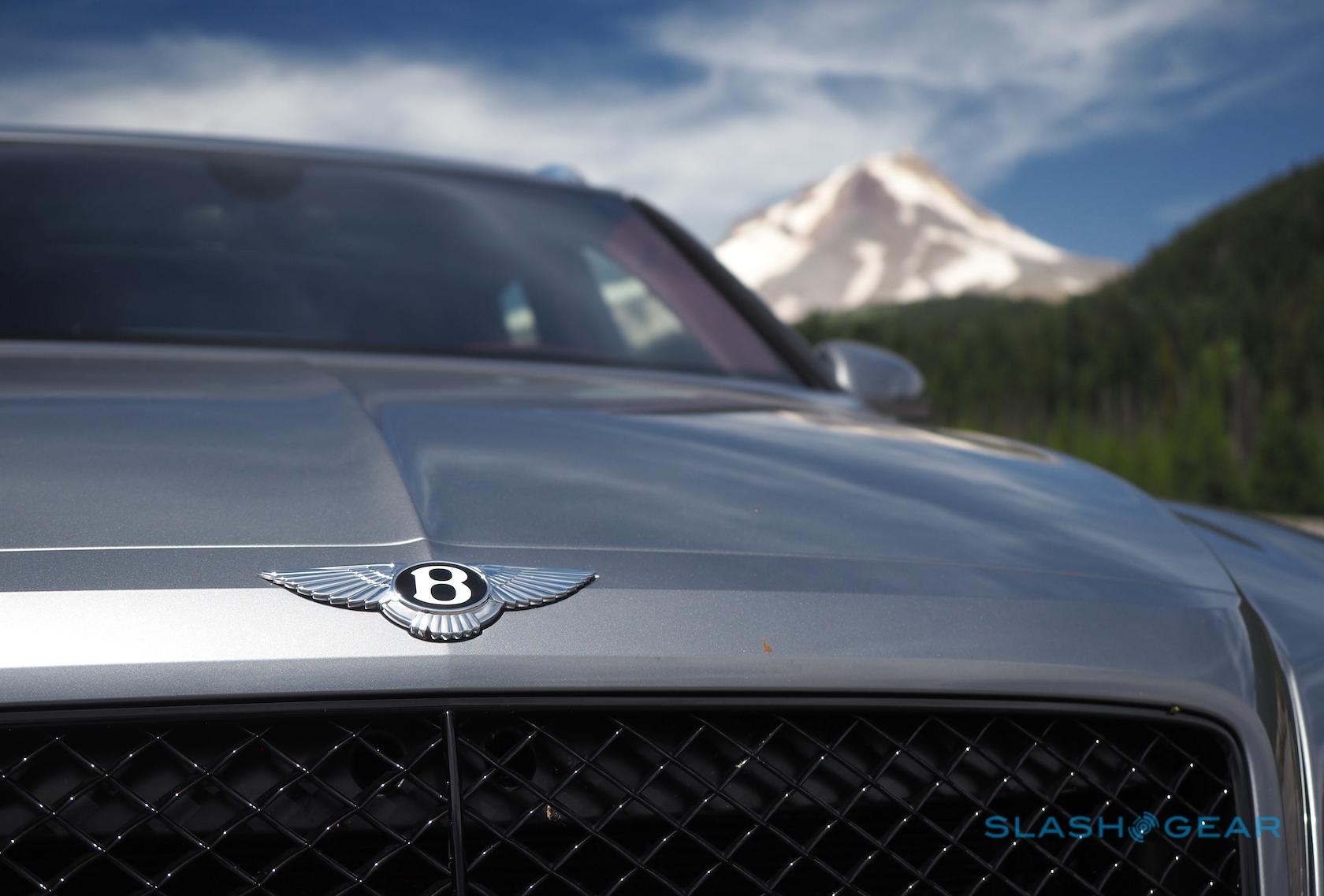 Suddenly Bentley’s insistence that this is a “more attainable” SUV, not an entry-level one, starts to make a lot more sense. The interior does nothing to dissuade you of such notions, either. No, the V8 may not get the Mulliner spec cabin as standard, doing without the diamond quilting and drilled alloy pedals among other niceties, but the overall effect is still a notch above just about anything else you’ll find in the luxe truck segment.

There’s a choice of wood inlays, naturally, though Bentley will also offer the V8 with high-gloss carbon fiber instead. The Bentayga’s catalog of leathers could put a fashion couturier to shame; its hand-finished stitching and quilting are a textural reminder where a sizable chunk or your money is going. The infotainment system, sadly, isn’t as intuitive as that in the new Continental GT, but you can still have adaptive cruise control, auto-park, trailer assist, and more. 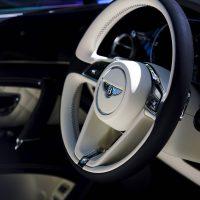 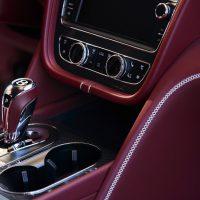 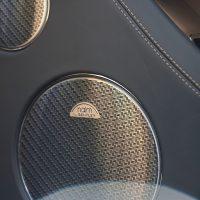 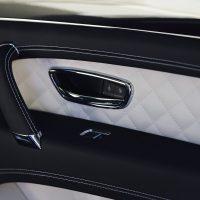 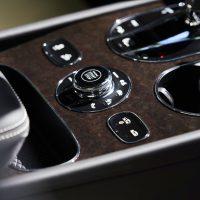 Here’s the surprise, though. The Bentayga V8 may be down on power compared to the silken W12, but it’s also a little more fun to drive. If the twelve-cylinder car is like an all-conquering express train, bruising through the miles with blunt force, the combination of smaller displacement and a lighter curb weight give the baby Bentayga an eagerness its brutish sibling lacks. 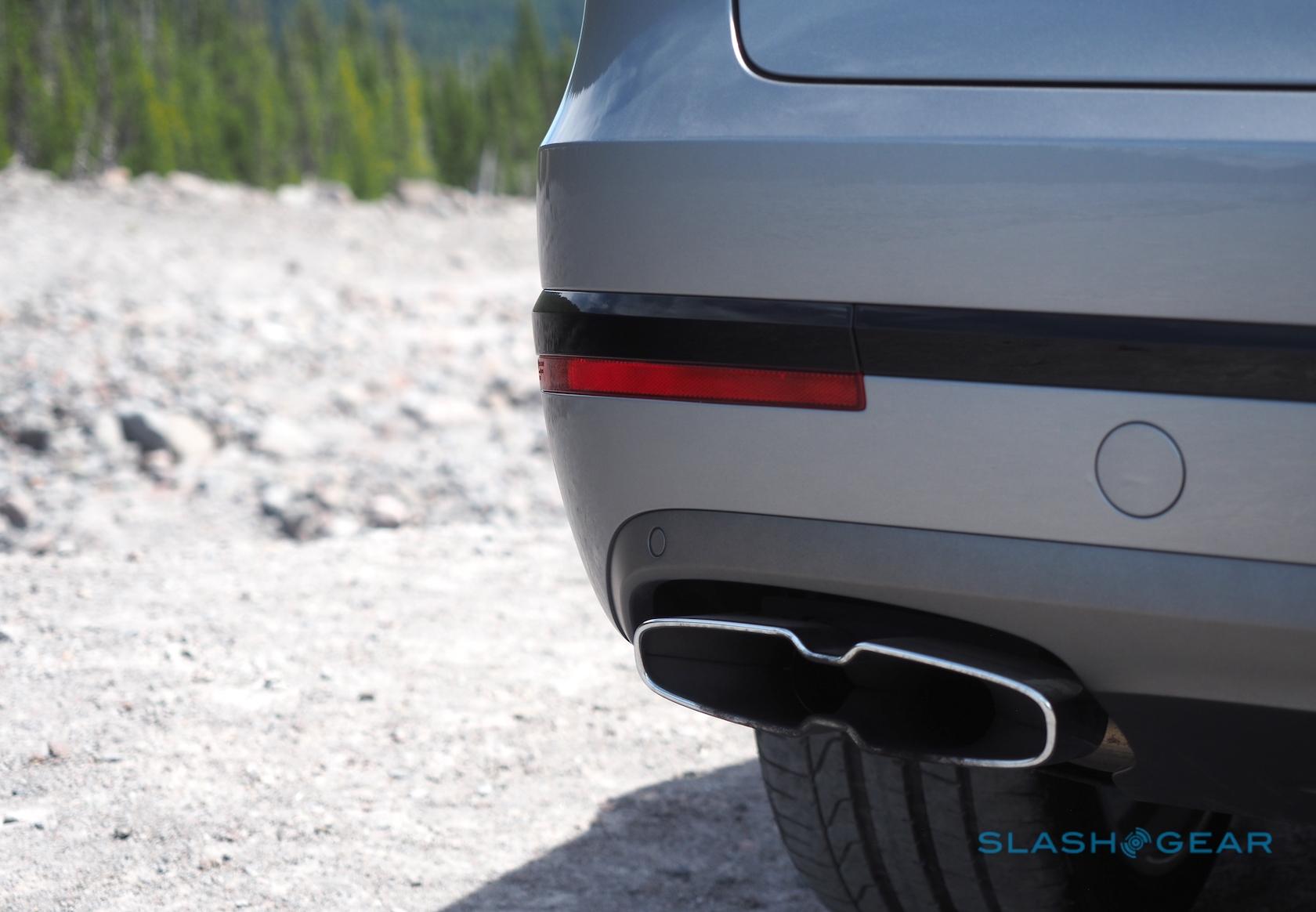 Bentley’s engineers finessed the eight-cylinder engine to deliver the lashings of mid-range torque that the marque is known for, in the process ousting just about any sign of turbo lag. Attempt to bury your right foot in the deep pile carpet and the Bentayga V8 surges forward with a gurgling growl, particularly when you’ve switched the drive mode dial to Sport.

It’s more fun if you leave it there, too. The “Bentley” mode is, as ever, the automaker’s interpretation of the ideal balance of sporting comfort, but the V8 and the Bentayga’s still-not-inconsiderable heft suit the punchiness Sport mode brings. Cutting the weight above the front axle does pay dividends when you find yourself carrying a little too much speed into corners, as does the 60:40 front to rear power split. Make no mistake, off-roading isn’t just theoretical in this car. 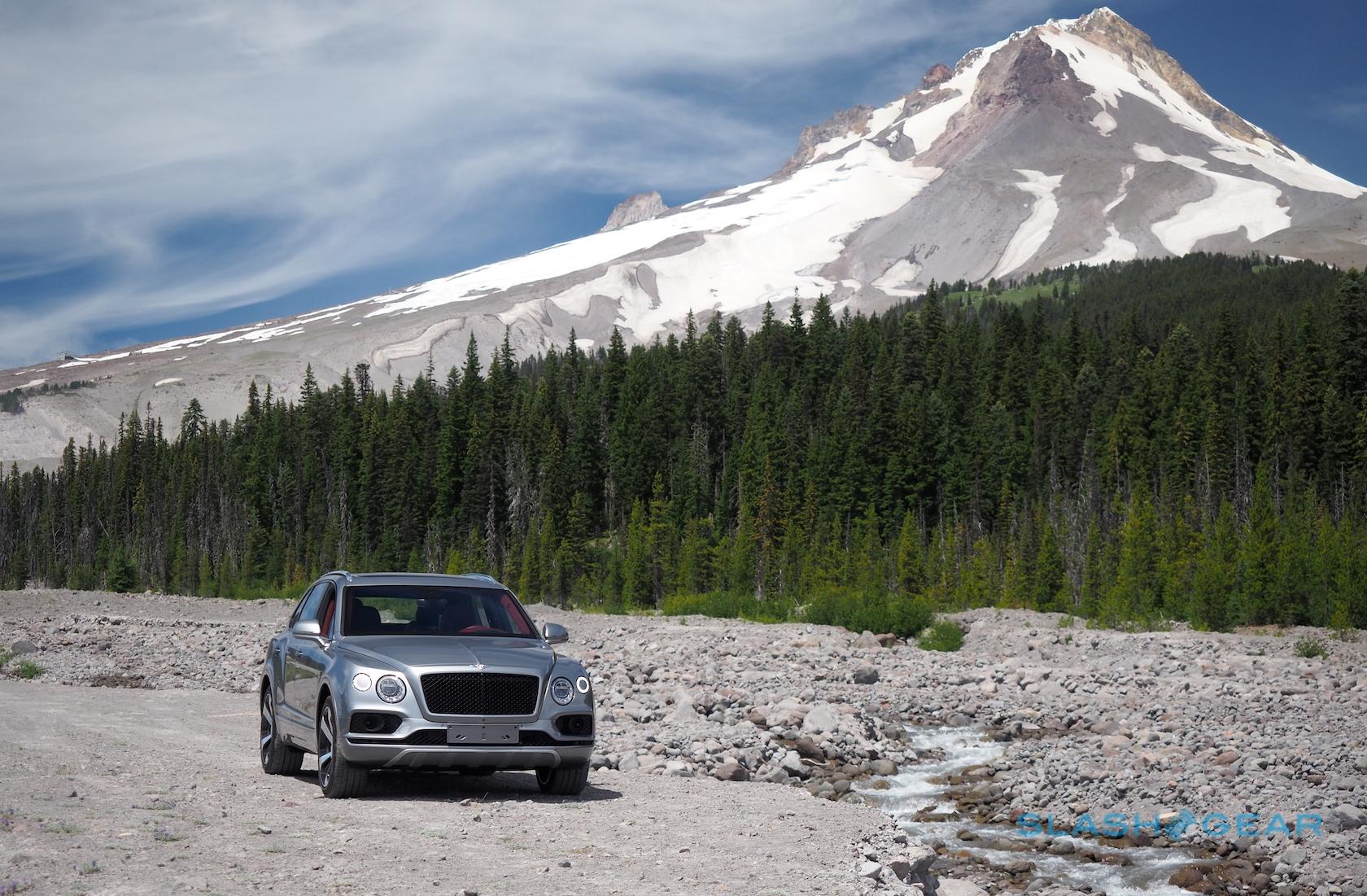 Dare I say it, I much prefer the V8 to the W12. Bentley’s bigger engine is an engineering marvel, certainly, and the Bentayga earns its superlatives when it’s under the hood. This smaller engine, though, compared with a cabin that’s still beautifully trimmed and a sense that actual craftspeople have worked on its production – not just designed the algorithms a bevy of robots will follow – hits a sweet spot far more convincingly.

For most SUV buyers it will, of course, still be priced out of reach. When it comes to potentially expanding Bentley’s audience, however, it’s a whole other story. The 2019 Bentayga V8 feels less like a compromise, and more like a secret bargain.