A $500 LIDAR sensor for ADAS and autonomous cars could help take the technology mainstream, giving new vehicles an extra sense that some driverless experts think will be essential if Level 4 and 5 is to be commercialized. Velodyne Lidar isn’t new to the segment – indeed it’s one of the better-known companies making laser rangefinders, and its sensors feature on numerous autonomous vehicle prototypes and test cars – but its new range bucks the LIDAR trend.

LIDAR – or “light detection and ranging” – relies on bouncing a point of laser light off a target, and then measuring its reflection with a sensor. By calculating the difference in reflection times and wavelengths, a so-called point cloud map of the area can be built up. It’s popular among autonomous car projects because it works in low-light and foggy situations.

The downside, traditionally, has been price, closely followed by bulk and delicacy. Early LIDAR scanners looked like inverted spinning buckets mounted on the roof of driverless car prototypes, could cost in the high five-figures, and were relatively easy to knock out of alignment: in short, hardly suited to mass-market deployment. More recent efforts have focused on solid-state LIDAR, which have the potential to be much more resilient and affordable.

That’s what Velodyne says it can deliver with its new Velarray H800. Though not the first of the company’s solid state sensors to be commercialized, it has a much wider horizontal field of view (FOV) and range than existing models. That opens the door to a single unit mounted behind the windshield or grille giving a comprehensive view of the roadway ahead. 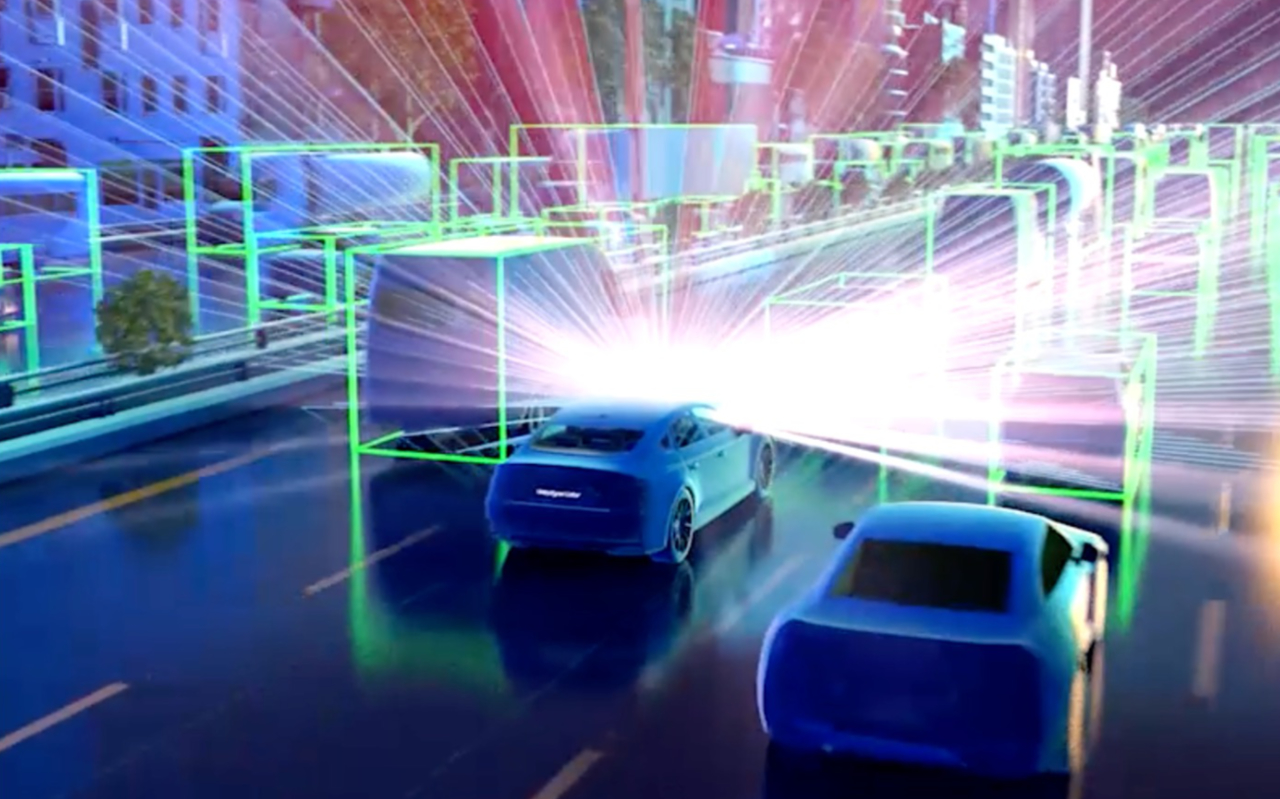 Specifically, the Velarray H800 has a 120-degree horizontal FOV, and a 16-degree vertical FOV. It has a range of up to 200 meters, or over 650 feet, or as close as 10 cm, or under 4 inches. In short, Velodyne suggests, it can see peripheral, near-field, and overhead objects, in addition to what’s coming around corners on curving or sloping roadways.

Velodyne’s Puck VLP-16, meanwhile, has previously been the company’s best-seller, with 100 meters of range and 360-degrees of view. Even with a price cut in 2018, though, that still carries a roughly $4k tag; in contrast, Velodyne says, Velarray H800 could be under $500 at high-volume levels.

That makes it not only interesting for autonomous vehicle projects, but the sort of advanced driver assistance systems (ADAS) that are actually on the market now. Adaptive cruise control, lane keeping assistance, and other technologies that depend on accurate sensing of other road traffic and potential obstacles typical use radar, ultrasonics, and camera-based sensors, since LIDAR has traditionally been priced out of contention. The Velarray H800 might change that.

Velodyne isn’t the only LIDAR company hoping to capitalize on solid-state sensors, of course. Baraja, DJI Livox, and Luminar are just some of the competition, the latter having inked deals with Volvo and Daimler Trucks to provide LIDAR sensors for upcoming models. Volvo’s new SPA 2 platform, which will arrive in vehicles from 2022, will use Luminar LIDAR for a hands-free Level 2 system intending to shoulder some of the responsibility – with human supervision – in highway situations.