Daimler Trucks just gone done inking a collaboration with Waymo, and now it’s picking out cutting edge sensors for its self-driving haulage as the pieces slot into place for autonomy. The German automaker announced earlier this week that it would be working with Google spin-off Waymo on an autonomous truck to be sold commercially in the US in the coming years, and now it has invested in a new LIDAR startup that already caught the eye of others in the driverless space.

Though some – Tesla CEO Elon Musk most notable among them – disagree, LIDAR is generally seen as being an essential sensor for autonomous driving systems. It works by bouncing a laser off of an object, and measuring the time taken for the reflection to return. By doing that at scale, across a broad view, a so-called point cloud can be generated, effectively building a 3D map of the environment.

Traditionally LIDAR required bulky, expensive, and fragile spinning sensor domes, but in recent years we’ve seen much smaller and solid-state versions of the technology. That’s what Luminar has developed, with a single laser and receiver that scans rapidly across a field of view. It’s paired with a homegrown perception engine, which attempts to classify what’s formed in the point cloud into things like vehicles, pedestrians, and more.

That was enough to catch the attention of Volvo, which invested as part of its Volvo Cars Tech Fund in Luminar back in 2018. Earlier this year, the automaker announced that it would be installing the Luminar sensor on production vehicles from 2022, and using it for its new Volvo Highway Pilot system.

Volvo Highway Pilot will be a Level 3 autonomous driving system, in which the car will be able to drive itself with no human involvement in select conditions. That means on certain stretches of pre-mapped highway, at least at launch. Luminar’s scanner will be integrated into Volvo’s new SPA2 architecture, though it’ll require software to go with it in order to switch on the highway driving assistance. Exactly when that will be released has not been announced.

Now, Daimler Trucks is getting in on the action. It is making a Luminar investment of its own, taking a minority stake and kicking off a strategic partnership on “highly automated trucking.” As with Volvo Highway Pilot, the system – which will be Level 4, and so be more independent than Volvo’s promises to be – will focus on long-haul highway use rather than tackling complex urban environments. 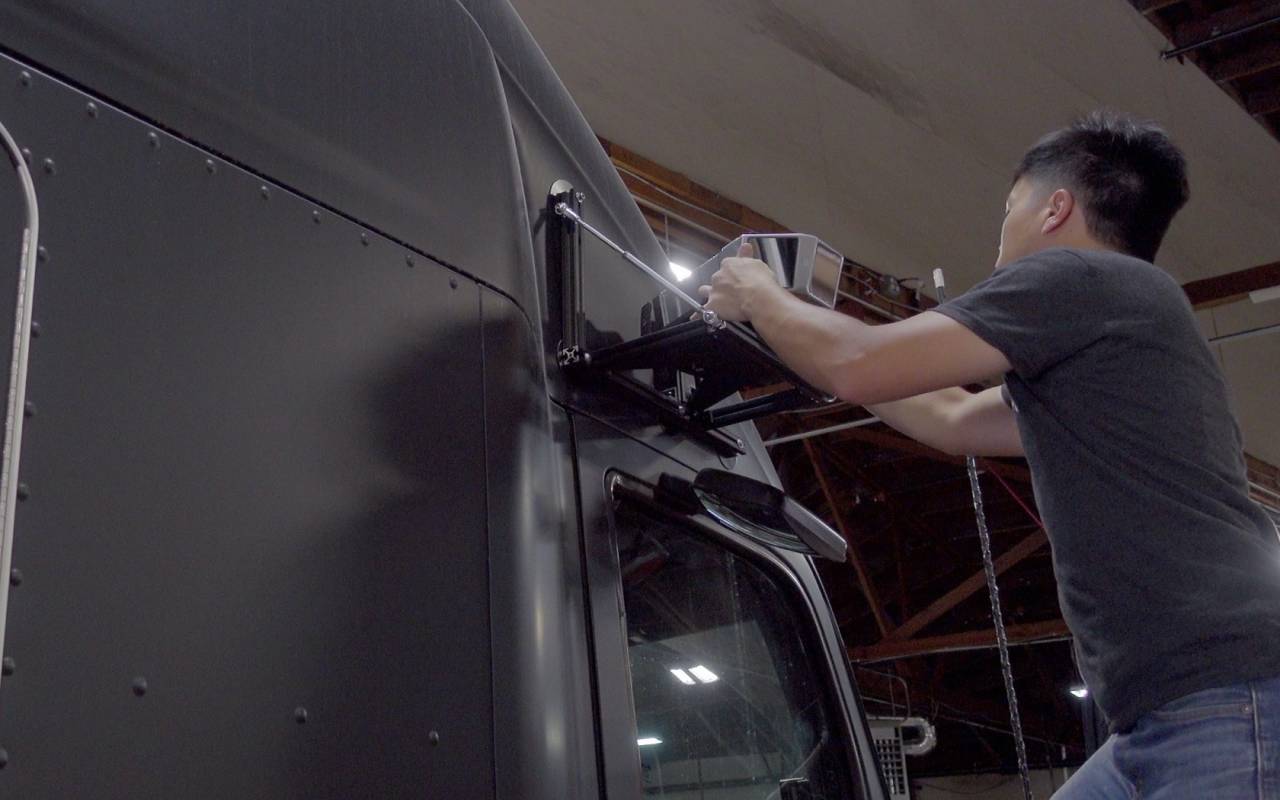 “The autonomous trucks are expected to yield dramatic improvements in efficiency and safety of logistics, with an initial focus on long-haul routes on highways,” the two companies said today. “This constrained application of autonomy enables the technology to be commercially deployed in series production on nearer term time frames compared to urban autonomous driving development.”

Daimler has been working on self-driving trucks for some years now, with the haulage-focused cousin to Mercedes-Benz figuring that the relatively controlled environment of highway travel will be easier to program. In its collaboration with Waymo it’ll be developing a Level 4 version of the Freightliner Cascade truck, a Class 8 vehicle for the US market. This work with Luminar, meanwhile, will also see Torc Robotics – part of Daimler Trucks’ Autonomous Technology Group – get involved: it has already developed a Level 4 virtual driver system.

Their proximity on Luminar’s investor roster, however, won’t be Daimler and Volvo’s only connection. Back in April, Daimler Trucks and Volvo Group announced they would collaborate on fuel-cell powered haulage and buses, in a 50-50 venture that will be operated independently of its parent firms. The joint venture is expected to be settled by the end of 2020.