Volvo will offer autonomous-ready cars that could drive themselves on the highway with no interaction or monitoring by a human driver from 2022, the automaker has announced today, tapping a highly-integrated LIDAR sensor for the advanced assistance feature. Volvo Highway Pilot will build on the company’s current Pilot Assist technology, but the driver of the car will no longer be responsible while on certain stretches of road.

Highway Pilot will be a so-called Level 3 system, where the vehicle’s self-driving systems are able to independently control it without human involvement, in select conditions. Pilot Assist, which combines features like adaptive cruise control and lane-keeping, still demands the driver keep their hands on the wheel and be ready to step in and take over should the system begin to struggle. That’s known as Level 2 autonomy.

For Volvo, a return on some key LIDAR investment

This won’t be a mere software update, mind. Highway Pilot will rely on a new LIDAR sensor, produced by Luminar. That laser range-finder will give a broad, detailed perspective of the view ahead of the vehicle, by bouncing pulses of laser light off surrounding traffic and other objects, and then building a real-time map of the results.

The sensor will be smoothly integrated into the upper portion of the windshield, rather than the bulky “top hat” LIDAR scanners familiar from prototype autonomous cars. Volvo backed Luminar back in 2018, the debut investment by the then-new Volvo Cars Tech Fund. As well as the sensors themselves, Luminar has also been developing an AI for driverless vehicles that can interpret the depth data from the point cloud built by the LIDAR sensor.

At the time, Luminar said that its sensors not only performed better in the dark than traditional LIDAR, but were simpler to construct and thus cheaper. Instead of a spinning array they use a single laser and a single receiver, that scans across the field of view. According to the startup, they can be up to 40x more powerful, 50x higher in resolution, and exhibit 10x the range of its rivals.

Volvo will integrate that into SPA 2, the next-generation modular vehicle architecture that will underpin its new models from 2022. Shared platforms of this sort have become instrumental in making new vehicles cost-effective in the auto industry; they also make it easier to roll out new features more ubiquitously.

Autonomous, yes, but not full-autonomy

Still, Highway Pilot won’t be the full autonomous driving that many have promised – and then struggled to achieve. Volvo’s system will be limited to certain stretches of highway, based on “individual geographic locations and conditions” the automaker says. Much as we’ve seen from Cadillac’s hands-off Super Cruise – which is still a Level 2 system – we’re expecting Volvo’s tech to only permit its activation when it’s sure it’s on a relatively controlled roadway. That avoids having to deal with pedestrians, cross-traffic, and other urban headaches.

The Luminar LIDAR will only be one element of the overall sensor suite. It’ll be combined with cameras and radar, for example, and tightly interwoven into backup systems for steering, braking, and battery power. 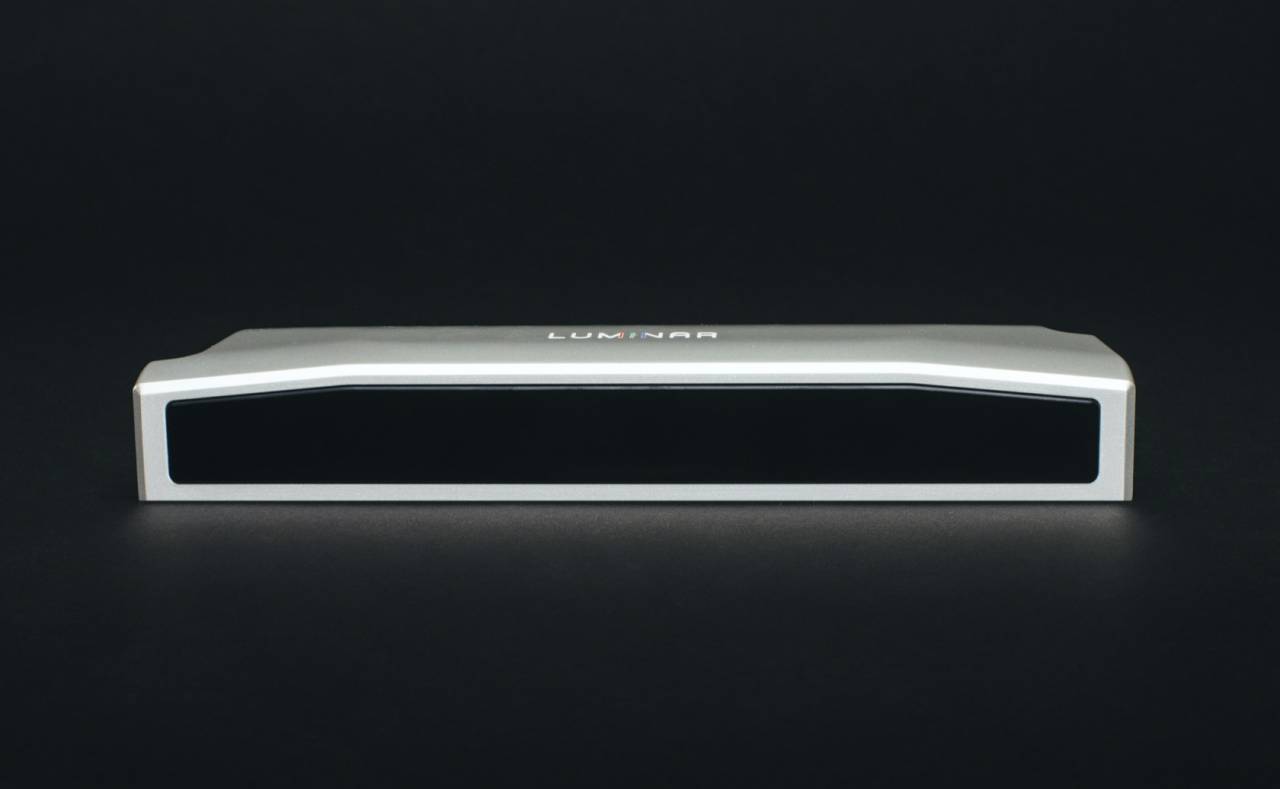 “Soon, your Volvo will be able to drive autonomously on highways when the car determines it is safe to do so,” Henrik Green, chief technology officer at Volvo, explains. “At that point, your Volvo takes responsibility for the driving and you can relax, take your eyes off the road and your hands off the wheel. Over time, updates over the air will expand the areas in which the car can drive itself. For us, a safe introduction of autonomy is a gradual introduction.”

Volvo is also considering ways to integrate LIDAR into its other driver-assistance and active safety technologies. That could see one day the sensor tech being made standard equipment on all Volvo models. The automaker is also considering a bigger stake in Luminar itself.

Cars based on SPA 2 from production start in 2022 will be hardware-compatible with Highway Pilot, Volvo says, though that’s not to say they’ll instantly be able to take the wheel. That will be a software update delivered over-the-air, Volvo says, and optional for owners of the vehicles. Factors like pricing and availability haven’t been confirmed yet.

Volvo has been experimenting with autonomous vehicles for some years now, but proved reluctant to rush anything to market. However that hasn’t stopped the automaker from exploring possible ways that driverless technologies could benefit us in new forms of transportation. 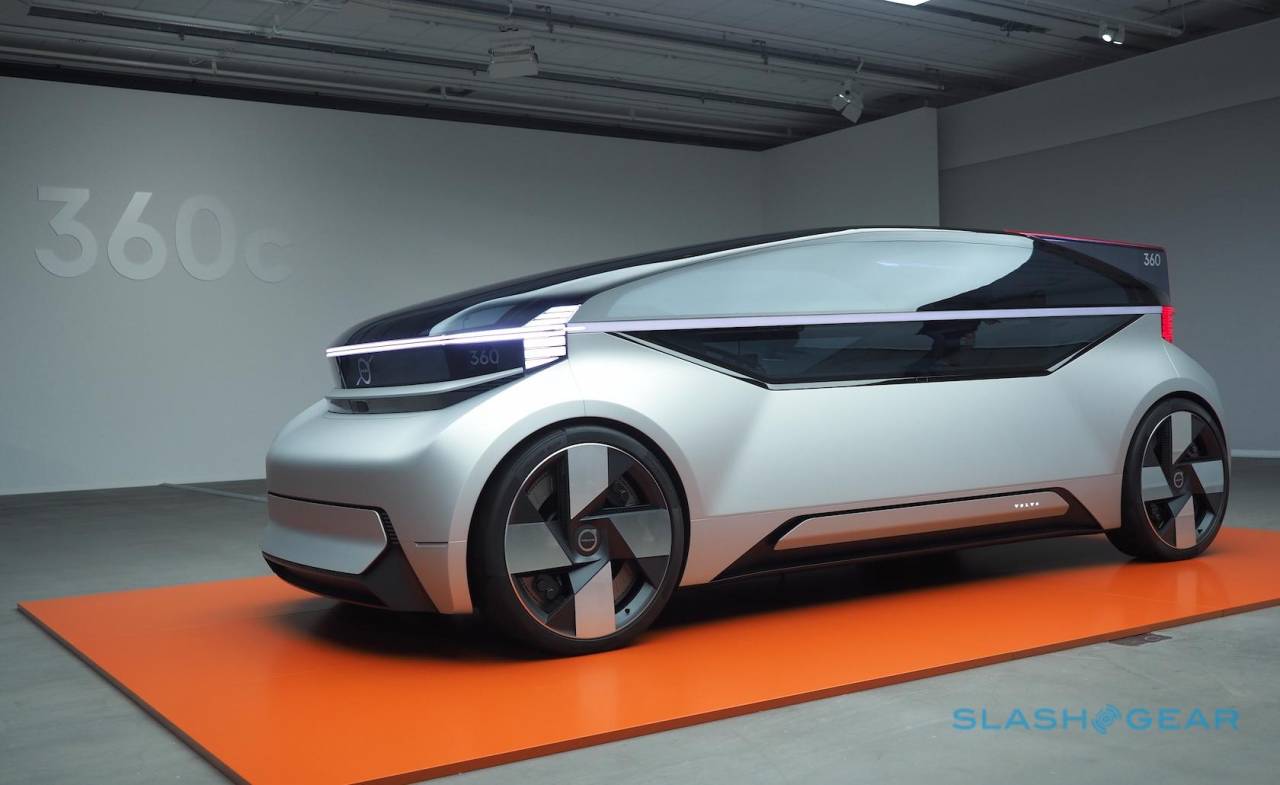 The Volvo 360c concept, for example, envisaged a train and jet alternative, where autonomous pods could be used for lengthy hands-off journeys. Effectively individual sleeper carriages, they could feature beds or comfortable armchairs, with dining facilities and more.

Highway Pilot wouldn’t be enough to deliver this on its own: the system will only operate in select roadways, after all. Still, as the autonomous technology builds, the vision Volvo has of a fleet of driverless vehicles could become more feasible.