Spectrum-Scan LIDAR startup Baraja wants to knock the silly hat from the top of autonomous cars. Emerging into the light after several years in stealth mode, the Australian company is promising a double whammy for self-driving vehicle manufacturers: better performance than current laser scanning systems, but in a more discreet and flexible package.

It was enough to catch the eye of a number of high-profile investors, including Sequoia China, Blackbird, and others. However it also pits the startup against some big name rivals in the car sensor space, like Velodyne. I caught up with the Baraja team in San Francisco, CA this week, to take a ride in a Spectrum-Scan LIDAR equipped test vehicle and find out more.

LIDAR, or “light detection and ranging,” works by firing out lasers and then recording how they bounce back. Sensors using the technology can build up complex 3D maps, or point clouds, from that data, after peppering their surroundings with multiple laser points.

They’re also one of the more distinctive elements of autonomous prototypes. The form-factor most commonly associated with the technology is the “spinning bucket” atop self-driving vehicles. That works by stacking multiple laser emitters in a column, all pointed at a different slice of the scene, and then spinning them 360-degrees to build up a view of the entire area around the car.

That, Baraja argues, has a few inherent flaws. For a start it’s large and technologically complex. Multiple moving parts mean more points that can break down or let in the elements; it’s also hard to scale up the resolution, which often means the core spinning LIDAR gets supplemented with secondary sensors to fill in gaps in the scene. Given the laser arrays are one of the single most expensive components on such vehicles, that can add significantly to the overall cost.

Baraja’s alternative takes a very different approach. Rather than spinning its lasers, its Spectrum-Scan system relies on a wavelength-tunable laser that can cycle rapidly through different frequencies of infrared light. That laser light is passed through a prism, and since different frequencies emerge from the other side of the prism at different angles, it effectively delivers scanning with no movable parts. 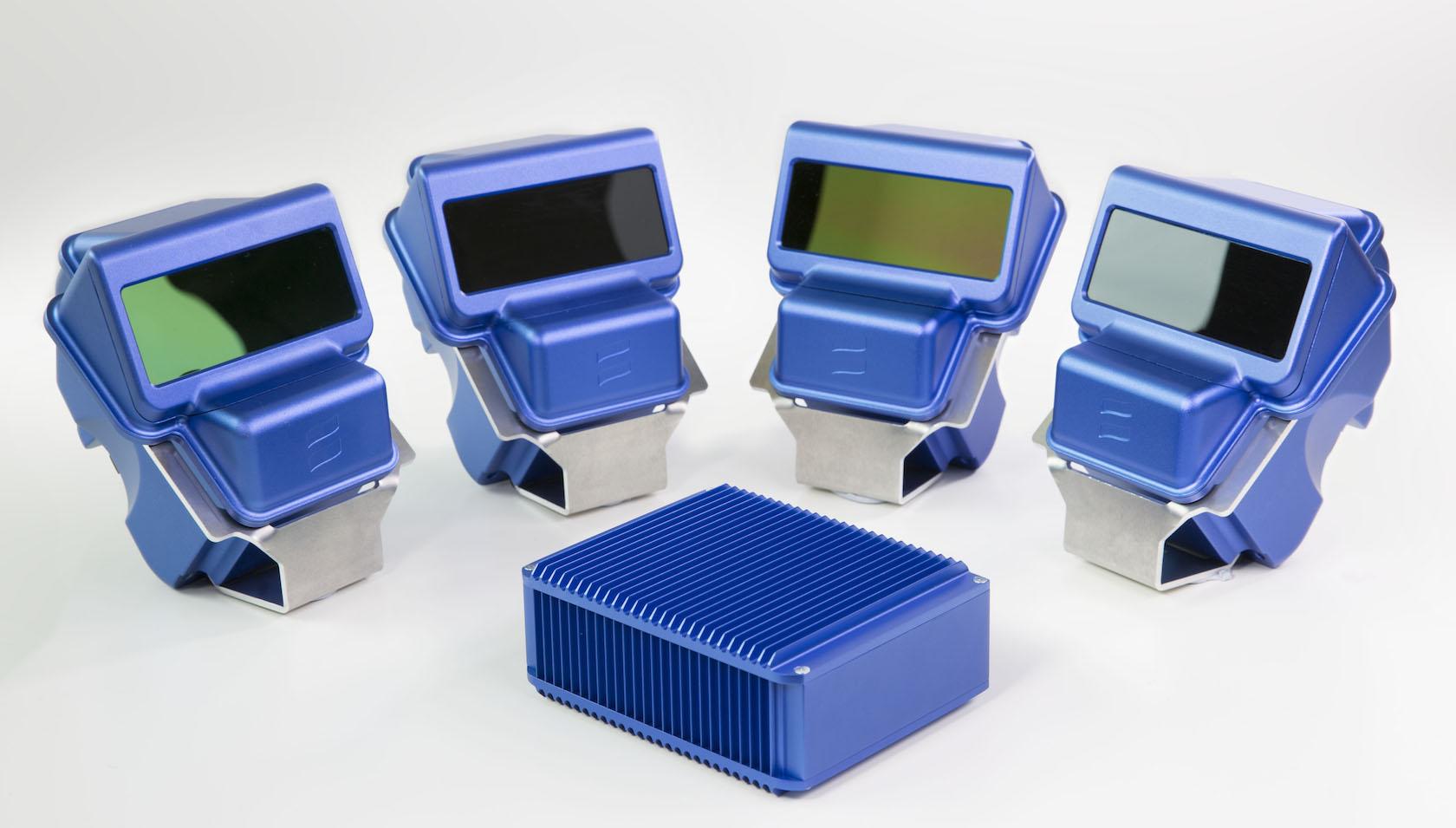 Because of that, Baraja can address one of the other common complaints about traditional LIDAR: the bulk. Rather than mount everything in the same enclosure, the Spectrum-Scan system splits the laser emitter and processing from the prism optics. The former are in a small enclosure that can be packaged right next to the car’s onboard computers, minimizing latency; that box is linked via a fiber-optic cable to the optics.

Currently, they look a little like industrial outdoor light fixtures. There’s scope, though, to much more cleanly integrate them into the body of the car, so that only the glass window at the front is actually visible from the outside. Since the delicate electronics and laser emitters are at a safe distance, too, even if a rock hits the optics components it should be a relatively less expensive repair.

Meanwhile, though there are several projects out there working on alternative ways to deliver LIDAR scanning, Cibby Pulikkaseril, Baraja co-founder and CTO argues that it’s in a better place than most to actually deliver commercial products. Its system is built primarily with off-the-shelf components already in use by the telecoms industry, he pointed out to me, albeit constructed in a unique way. The important part is that such components already have economies of scale, and the manufacturers involved already have experience producing them them in considerable numbers.

The other big advantage with Spectrum-Scan LIDAR is how it can be focused. Laser rangefinders typically have two key performance factors: the resolution of the point cloud they produce, and the distance at which they can spot objects in their field of view. Since Baraja can, through precise control over what wavelengths of light are being emitted, focus its LIDAR’s attention more acutely on certain portions of the scene, autonomous vehicles could theoretically choose to sacrifice broader scanning in favor of a more intensely-mapped portion. 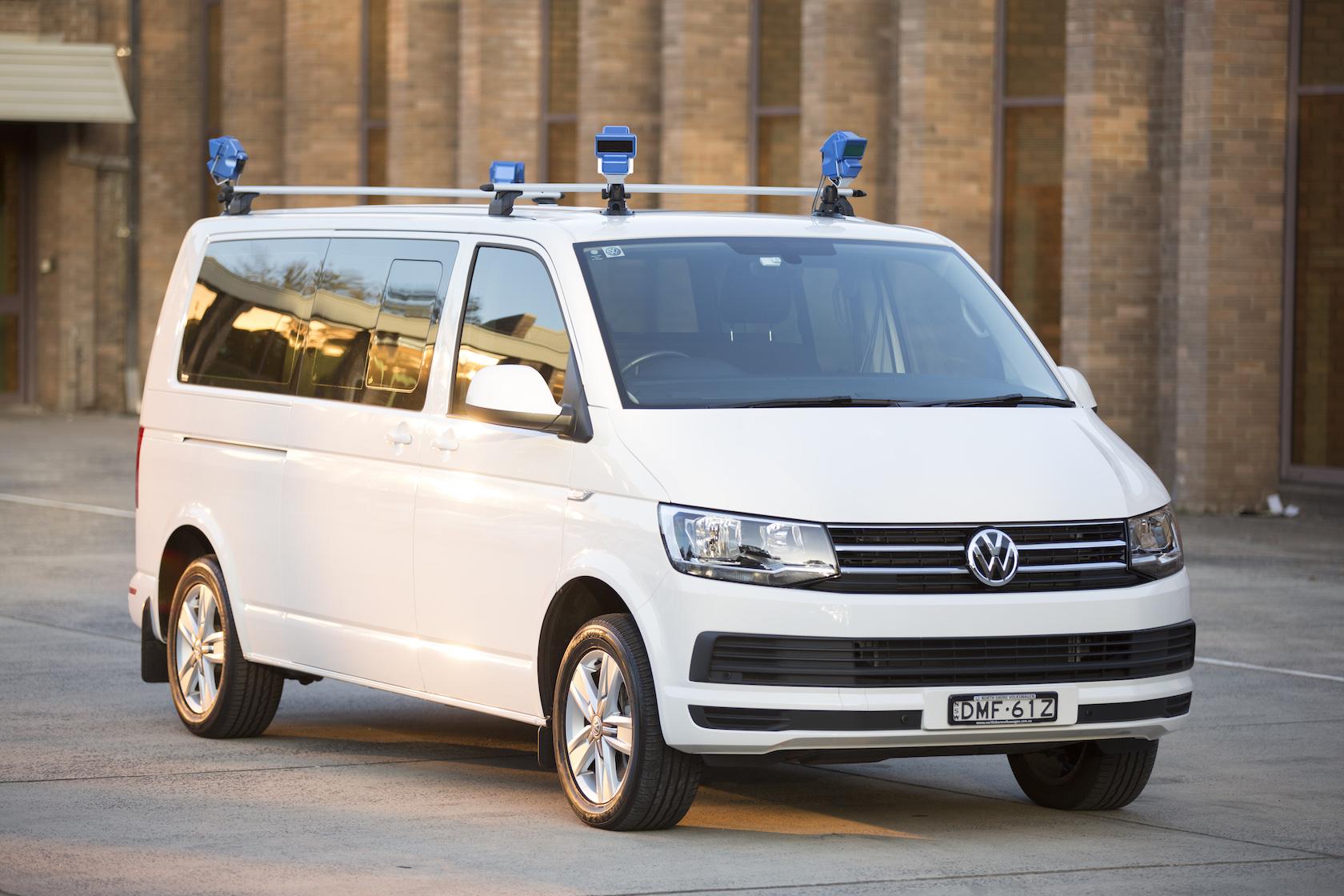 That could pay dividends, depending on where the vehicle is actually driving. In the city, for example, you’d likely want as broad coverage as you could get, just in case a pedestrian walks out into the road or a car pulls out of a side street. On the highway, though, distance might be of primary interest: by focusing on the horizon line of the road ahead, you could more accurately map cars in the distance.

Out in Baraja’s test car, which was fitted with a single emitter pointing forward, I was able to see on a screen inside how the LIDAR was scanning the road ahead as we drove around. Pulikkaseril had configured it to match one of Velodyne’s most popular models, with up to 250 feet of range and similar resolution, though Baraja’s LIDAR actually has a range of over 650 feet. In effect the car creates a cone of data ahead of itself, tracking objects whether they’re fixed or they move.

By adjusting the frequencies emitted, however, Pulikkaseril could focus the LIDAR on a more specific band across the scene. In a separate demo, he showed me how with such higher resolutions you could make out text on a poster that, at the regular resolution, was too indistinct to read.

Exactly how that data is utilized will be down to the individual companies making the cars that eventually use Baraja sensors. There’s currently interest from both mainstream automakers and those working on more rideshare-like models that eschew direct vehicle ownership, Pulikkaseril tells me. The company isn’t putting any bets on which will be successful, or indeed on when fully autonomous vehicles might make it to commercial readiness, but it’s certainly hoping that its sensors will be inside a good few of them. 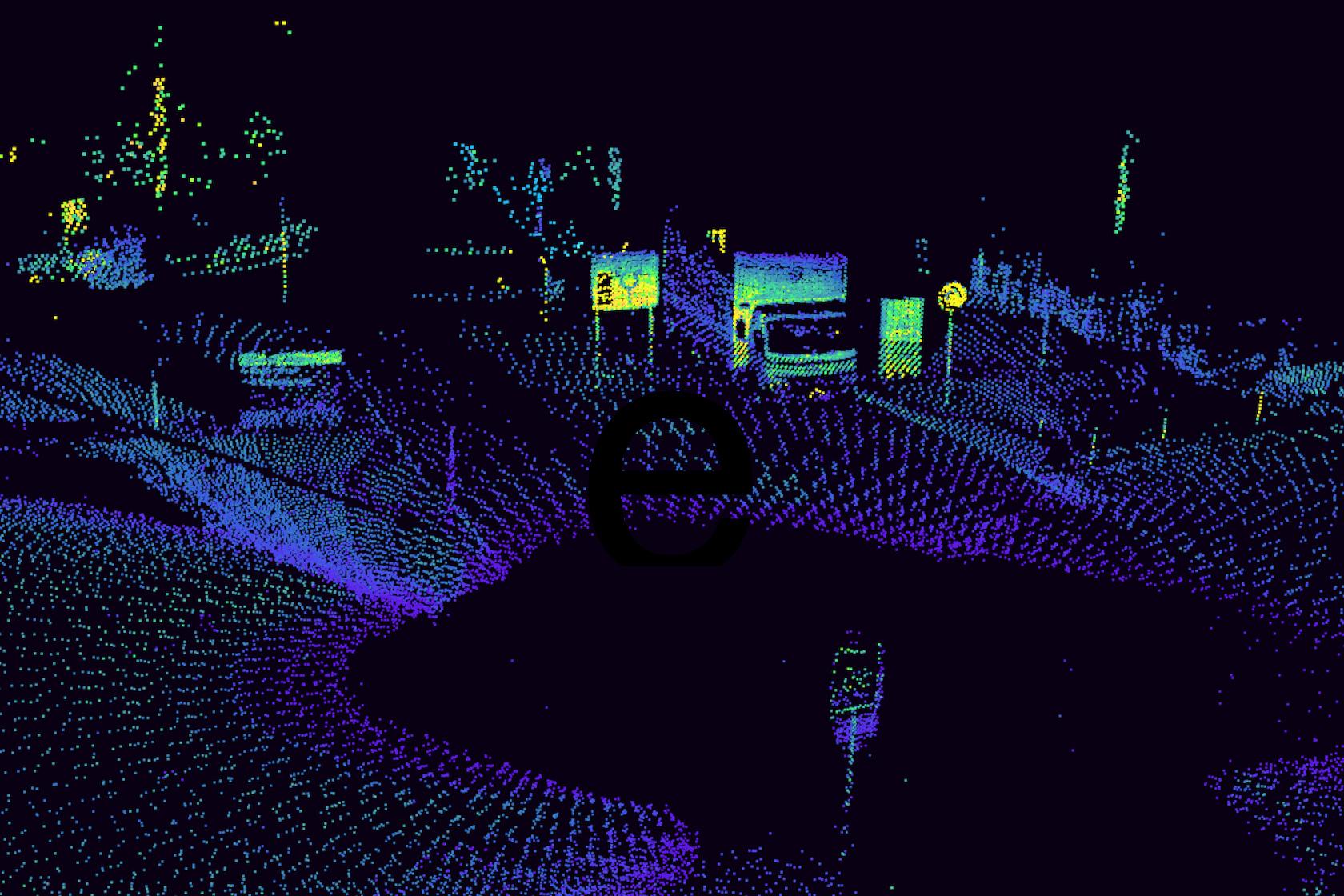 Of course, it’s not just about entirely self-driving vehicles. Modern cars you can buy in dealerships today are already full of sensors, with cameras, radar, ultrasonics, and more being used for features like adaptive cruise control, lane-keeping assistance, and automatic emergency braking. Right now, LIDAR isn’t among them, primarily because the cost of outfitting a vehicle with laser scanning is cost-prohibitive.

That won’t, if Baraja has its way, be the case forever. Indeed, the initial implementations of the Spectrum-Scan system would seem likely to be in driver-assistance rather than outright replacement. Safety and convenience technologies that can better augment a human driver, much in the way that features like Tesla’s Autopilot and Cadillac’s Super Cruise have begun to do already. 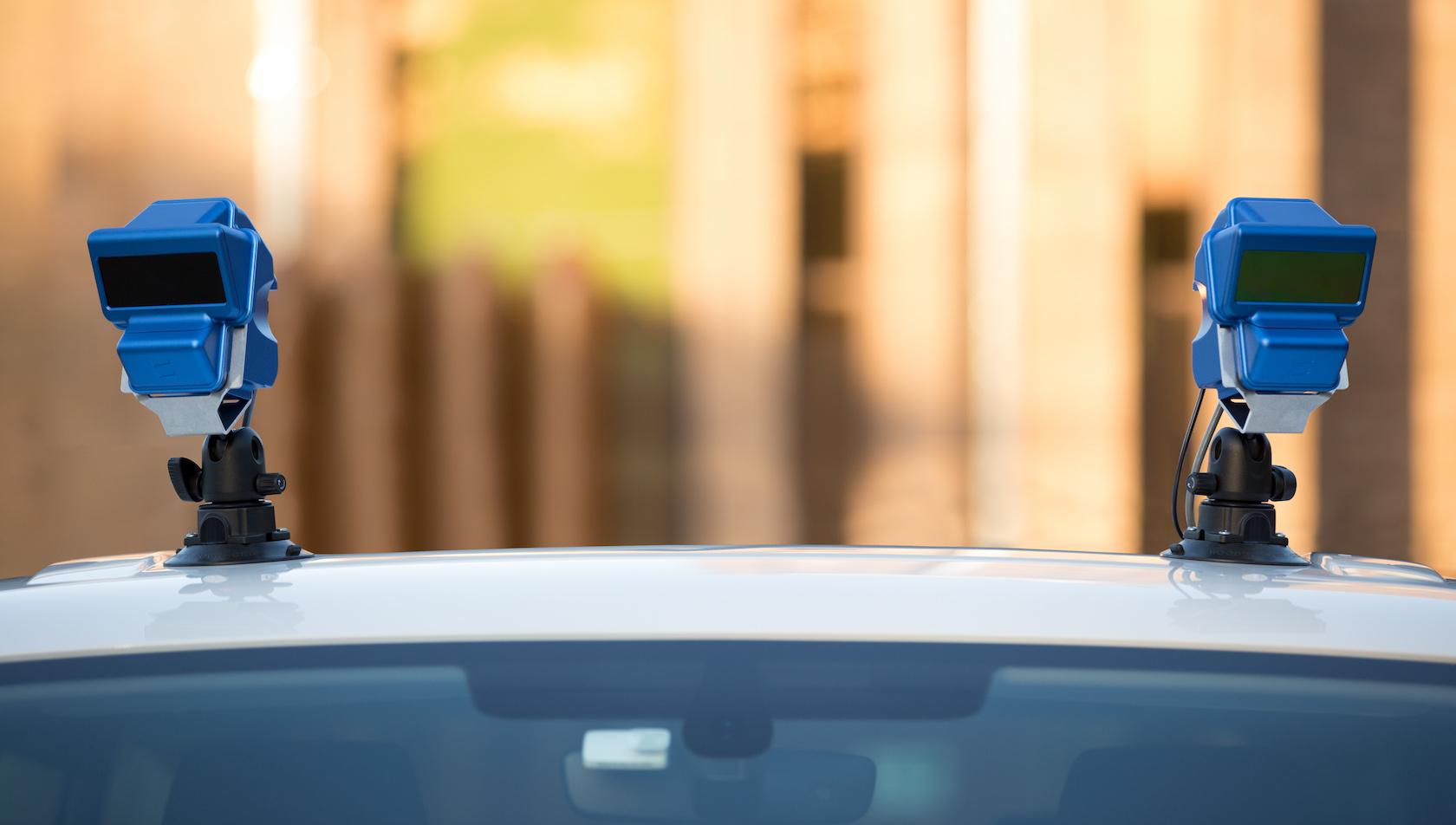 With such a market at stake, Baraja won’t have it all to itself. It’s also not the only company working on solid-state LIDAR. Velodyne, for instance, revealed one such sensor last year, designed to be better integrated into vehicle bodywork along with being cheaper than the company’s existing products.

Pulikkaseril wouldn’t, unsurprisingly, be drawn on just who the company is working with. Neither would he make an outright prediction as to how soon Baraja’s sensors will appear in production vehicles. Still, with the Spectrum-Scan LIDAR available now, this is not technology making big promises today but shipping at some some vague point in the future. Given the pace of automotive development right now, that could well make the difference for Baraja versus other LIDAR upstarts.