DJI may be best known for drones, but one of the fruits of its incubator program may end up bringing LIDAR down to a more affordable price point. Livox broke cover back in 2016, part of DJI’s Open Innovation Program, and focused on making laser scanning both cheaper to acquire and more practical and effective than current systems.

Traditional LIDAR has been expensive and and temperamental: a physically spinning array of lasers that bounce off objects in the real world. The LIDAR system measures the time taken for each of those bounces to return, and thus builds up a point cloud of the environment.

They’ve become instrumental in most autonomous car projects, but LIDAR isn’t without its challenges. Maybe most significantly, it’s hugely expensive. However it can also be delicate what with the moving parts, and difficult to integrate into a vehicle discreetly. Solid state LIDAR has come some way in addressing those gaps, but Livox believes it has a better solution. 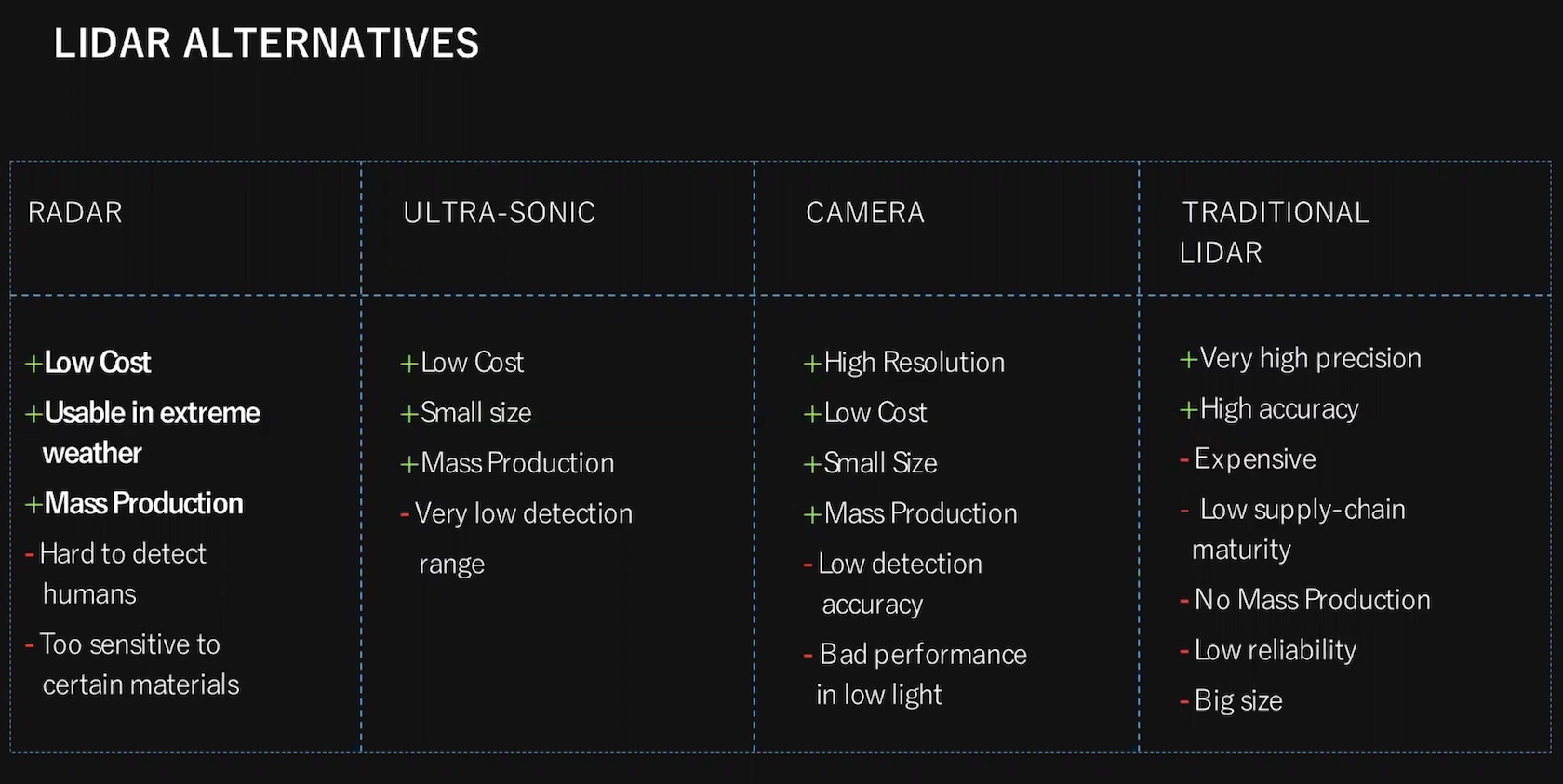 Normally, LIDAR scans in horizontal lines. Indeed its resolution is measured by the density of that linear scanning. The problem is that lower resolution LIDAR can have significant gaps between those lines, forming blind spots.

Livox, though, scans in a spiraling flower pattern. Over time, the coverage of that spiral increases: after a short period, it can effectively have scanned the whole area. The only moving part is a prism that redirects the Class 1 laser inside. 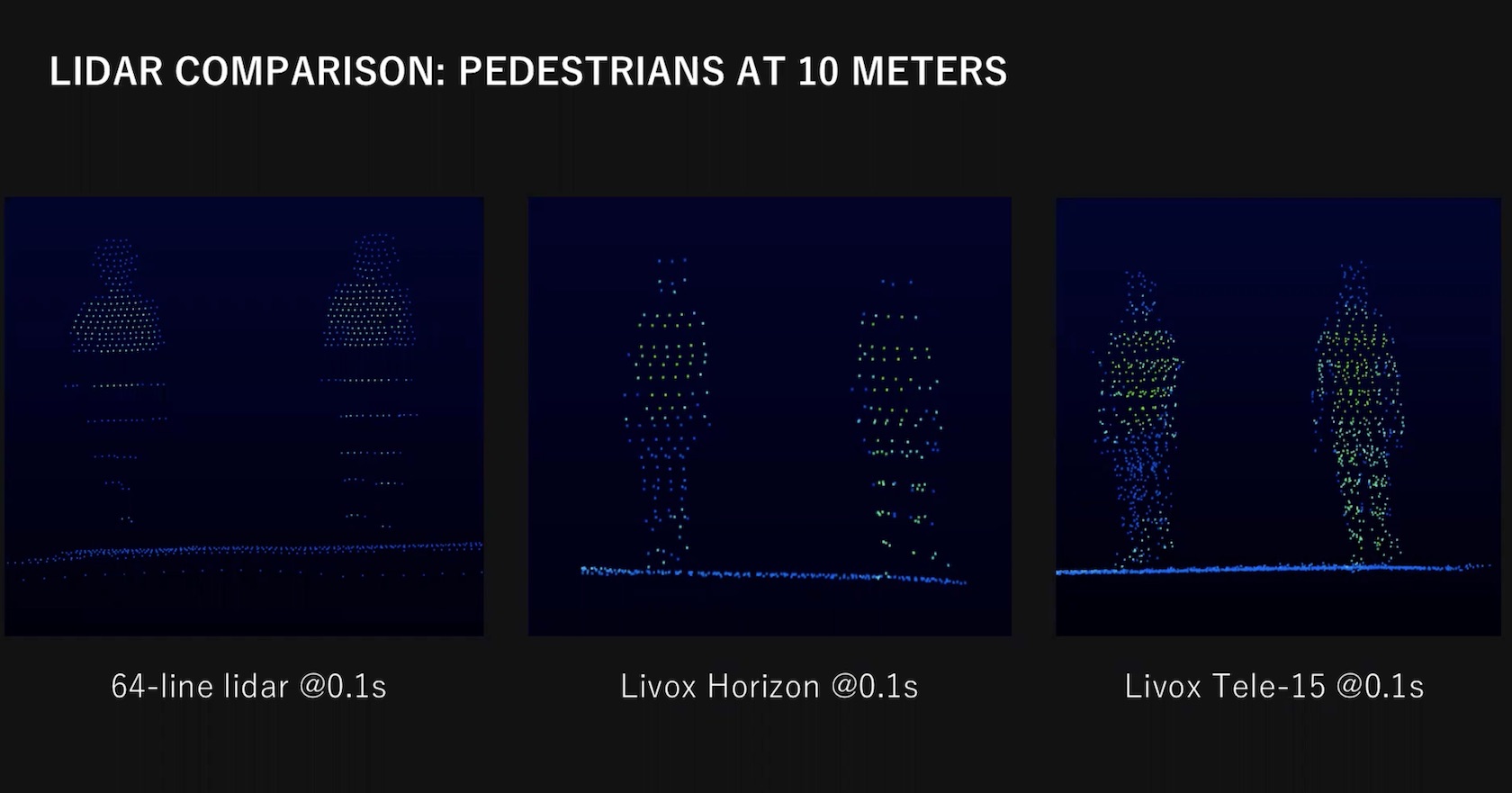 The company had already announced two products before, Horizon and Tele-15, and at CES 2020 it’s ready to spill the full details on them, and their pricing. Both are designed with applications like autonomous and semi-autonomous vehicles in mind, along with robotics, 3D mapping, and smart cities.

Horizon has a detection range of up to 260 meters (853 feet) with a horizontal field of view of 81.7-degrees. In self-driving car terms, that means coverage of four lanes of traffic at a distance of 33 feet. Its FOV coverage ratio is comparable with a traditional 64-line mechanical LIDAR at the integration time of 0.1 seconds.

A big advantage is price. Livox has figured out a way to automatically calibrate its sensors, and use an optoelectronic design rather than more expensive laser emitters and MEMS scanners. The result is a far more cost-effective production line: five Livox Horizon units, for instance, could give 360-degree scanning for a self-driving car, but at 5-percent of what a traditional mechanical LIDAR would cost. They’re also functional across broad temperature ranges, and don’t need to be mounted high up on a vehicle. 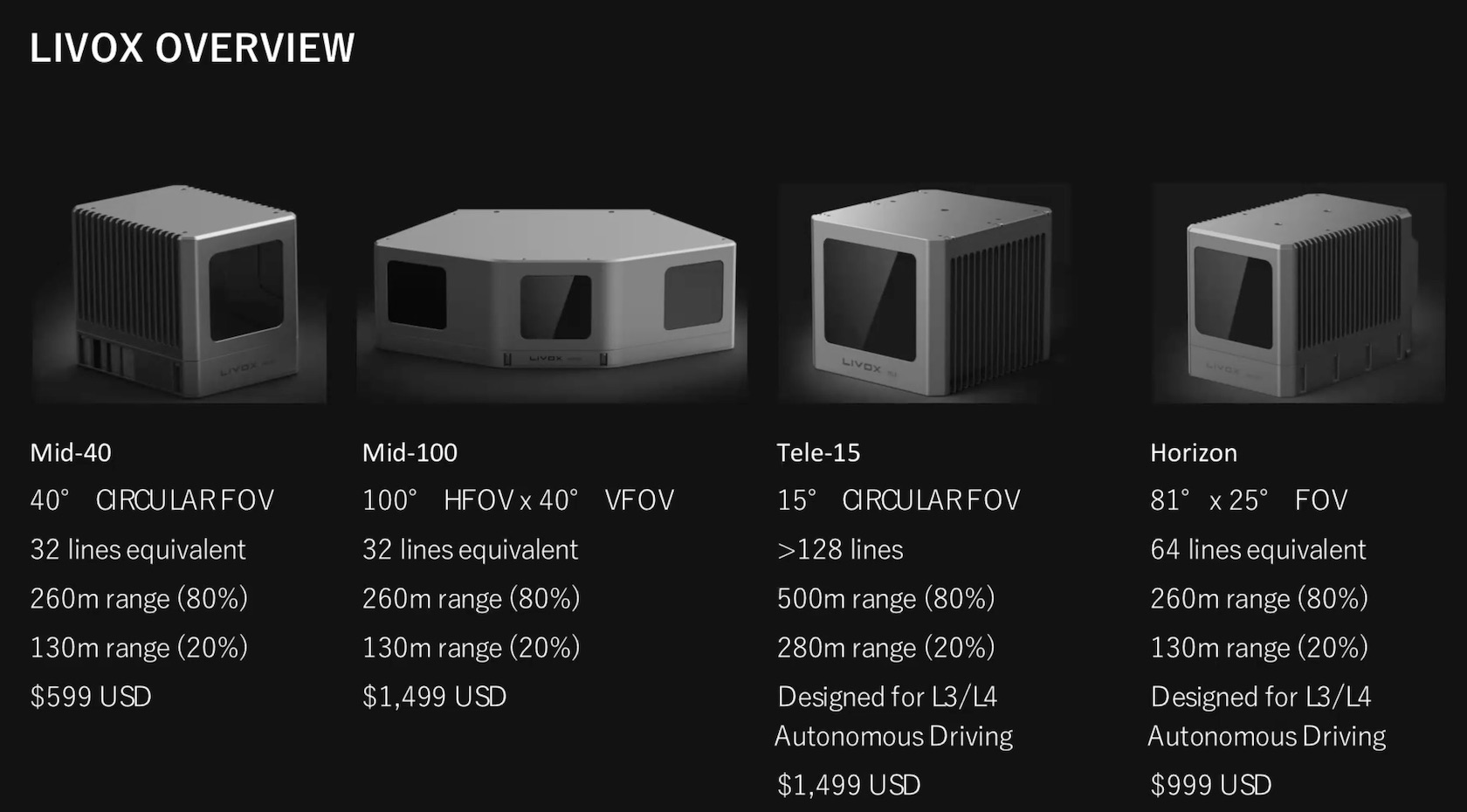 Livox has begun production of both sensors, and is announcing partnerships with Refraction AI and AutoX at CES 2020. The Horizon is priced at $999, while the Tele-15 is $1,499; the former goes on sale January 7, while the latter follows on in Q2 2020.