Toyota‘s power-boosted 86 coupe made its public debut this week, with the Scion FR-S rescued and rebadged from the ill-fated youth brand. It’s the first opportunity to see exactly what styling changes Toyota is making to the affordable sports car before it reappears in the company’s US dealerships.

The FR-S was one of Scion’s more widely-respected models, a collaboration between Toyota’s subbrand and Subaru. With the decision, announced back in February, to axe Scion altogether and absorb the majority of its models into its parent’s core line-up, Toyota conceded that the market had changed substantially, though argued that it had been in its favor. 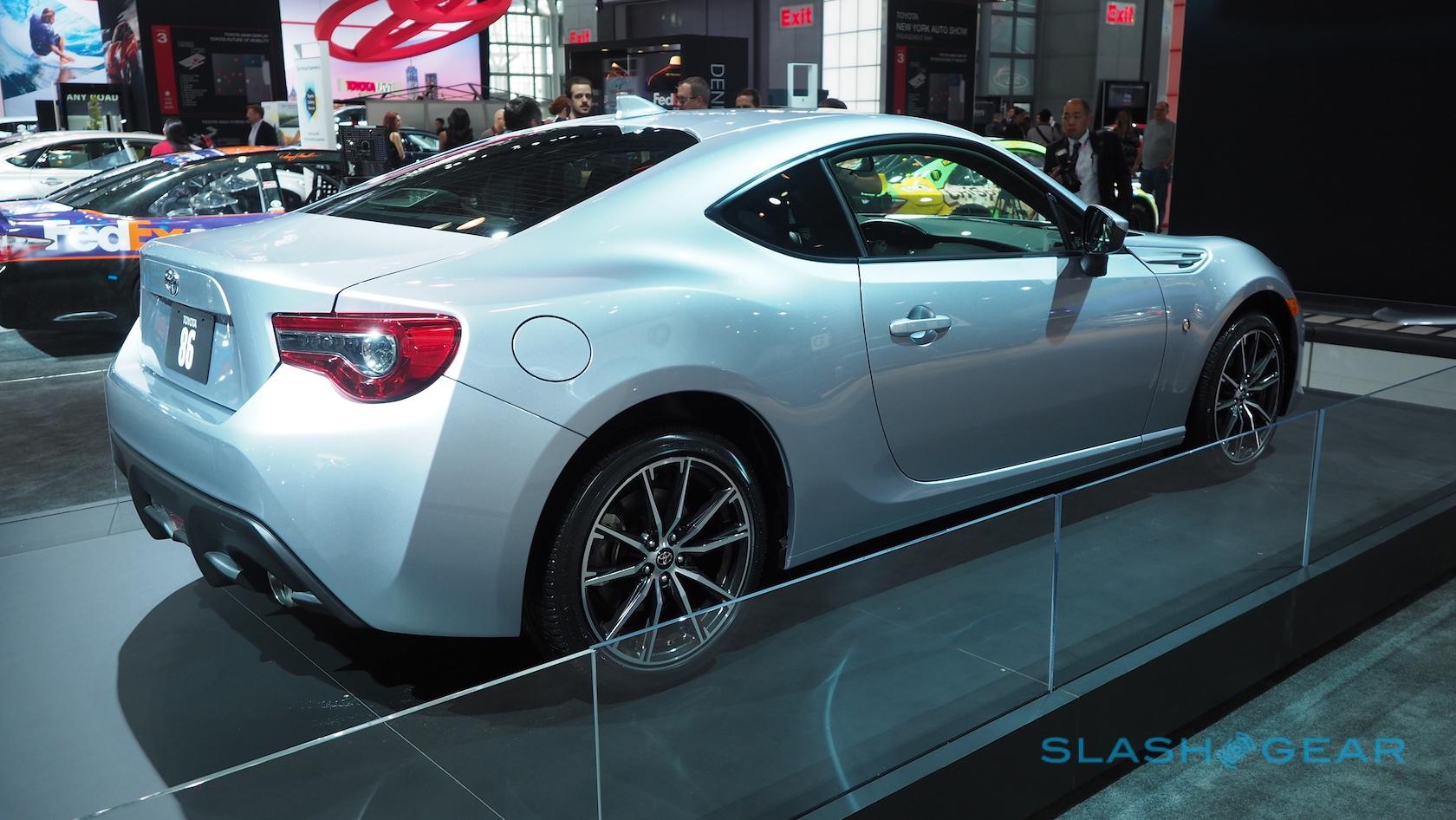 Where once Toyota as a brand failed to resonate with young drivers, the company argued, that was no longer the case. Of course, in the background has been Scion’s dwindling sales, along with accusations that the marque’s cars had lost their distinctiveness and character in recent years.

Indeed, the latest additions to the range – the Scion iA and Scion iM – were barely-changed rebadges of Mazda’s Mazda2 and Toyota’s Auris respectively, a far cry from the oddball boxy xB which helped stake the company’s reputation. 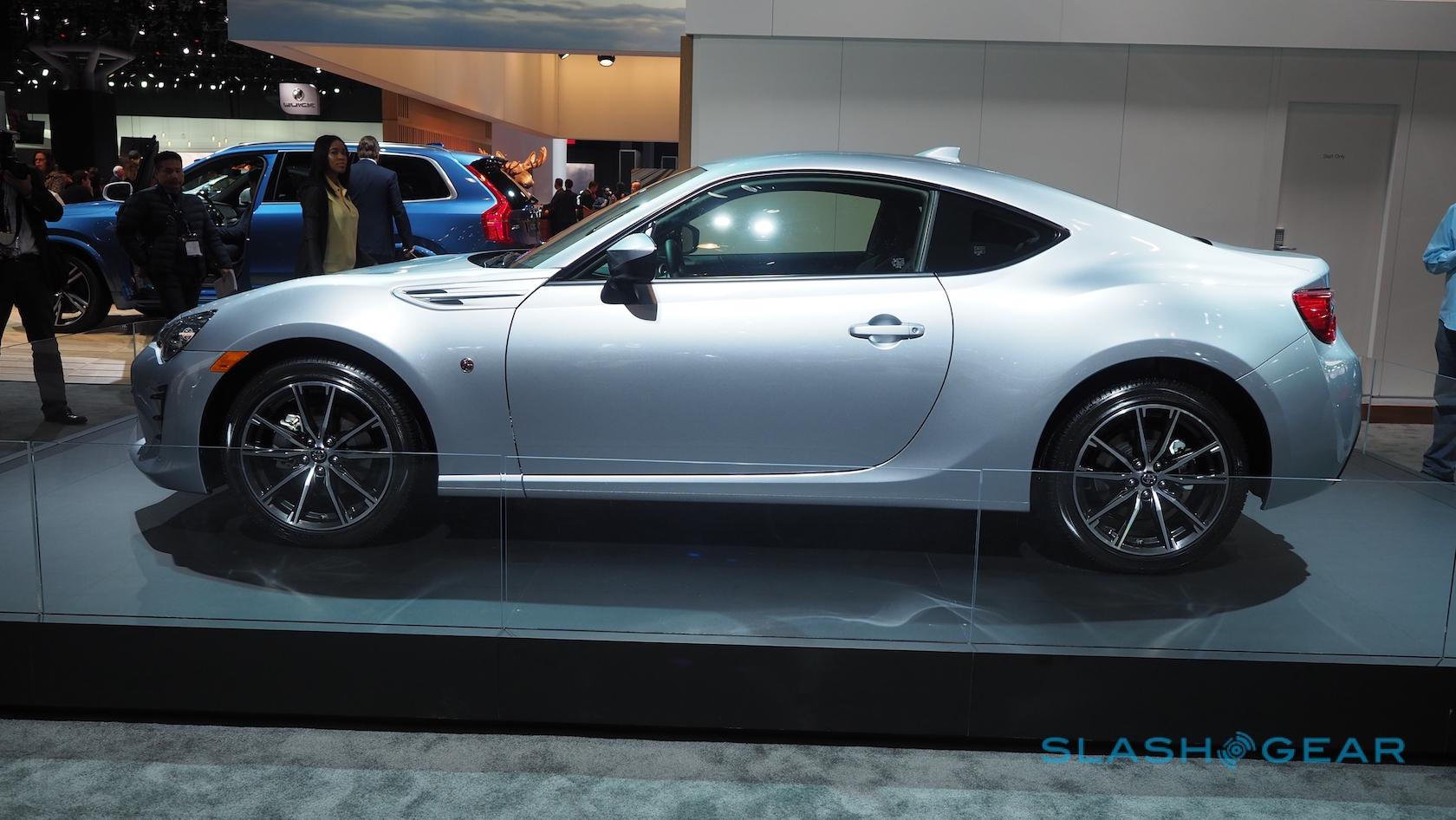 As the 2017 Toyota 86, there’ll be both mechanical and styling changes from the car we’ve known until now. Under the hood, the 2.0-liter, 4-cylinder engine will now pump out 205 horsepower and 156 lb-ft. of torque, up 5 HP and 5 lb-ft. respectively, while cars with the 6-speed manual transmission will get Hill Start Assist Control (HAC).

Outside, the bumper and grille have been enlarged, and the headlamps are reworked with LEDs. You can’t argue with Toyota’s attention to detail, either, with 86 logos built into the lamps and elsewhere on the car. 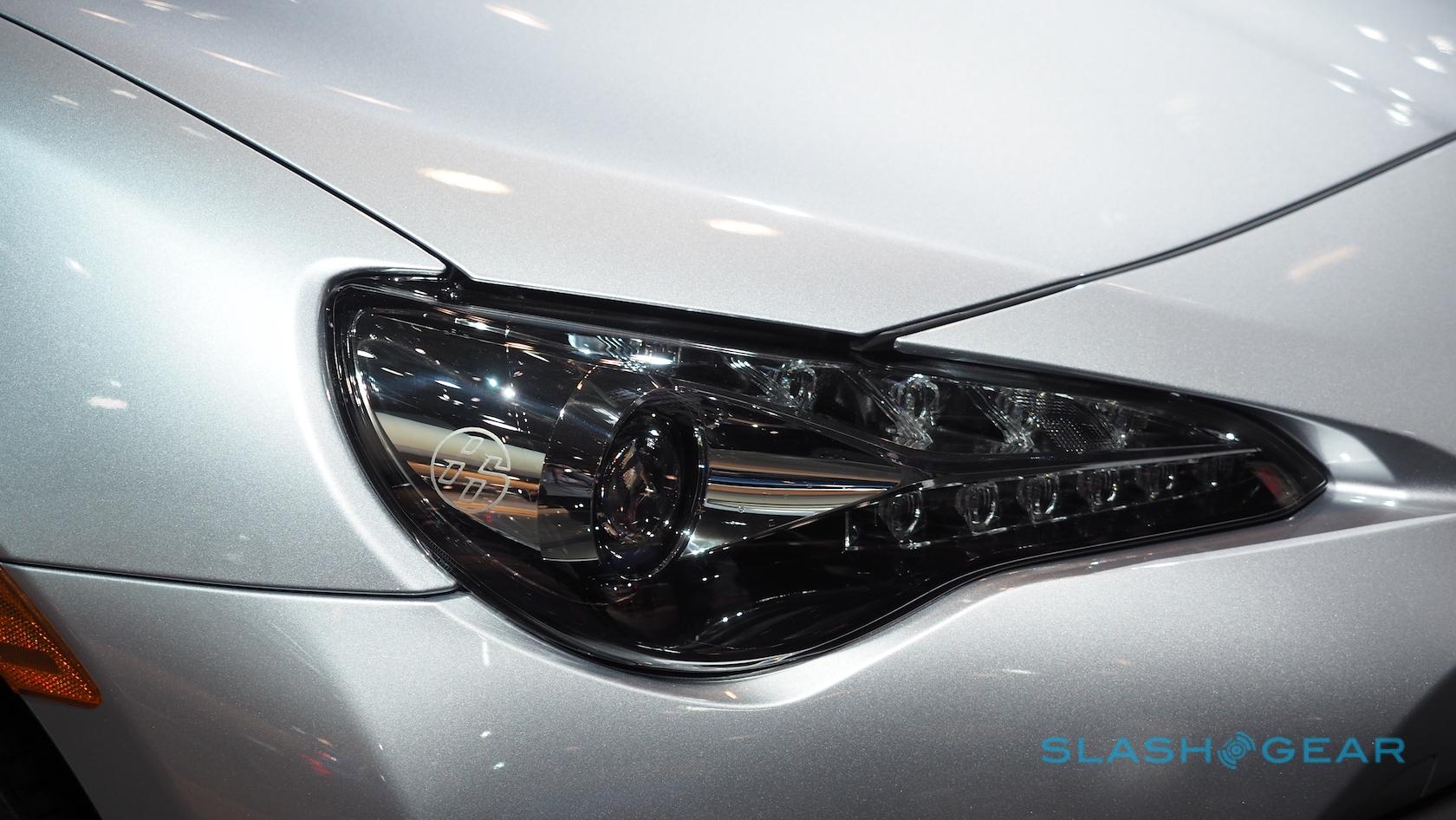 At the rear, the taillamps now use LEDs too, and the bumper has been redesigned. All in all, it’s a fresher and slightly more aggressive look for the car, helped by the new wheel designs and – though we weren’t able to get inside – the promise of a higher-quality interior with more user-friendly controls like steering wheel audio buttons.

Still, there may be some tweaks and changes between the car you see here and what shows up on roads later this year. After SlashGear took these photos, Toyota slapped a prominent “Prototype” warning on the windows, suggesting some last-minuted modifications may still be in the pipeline. 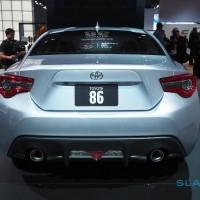 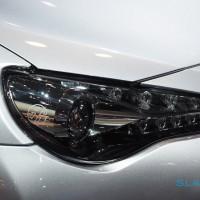 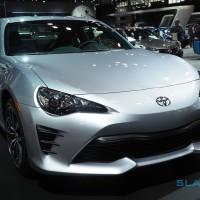 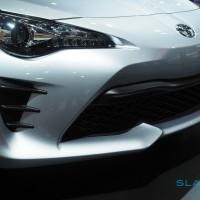 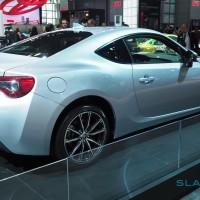 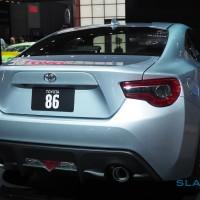 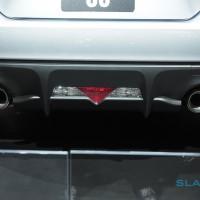 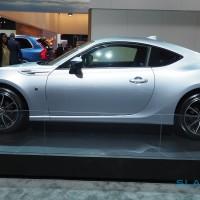 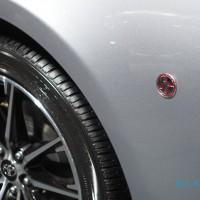 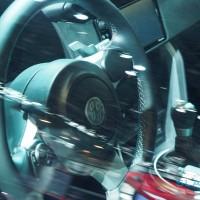 The 2017 86 wasn’t the only Scion refugee on the Toyota stand at the New York Auto Show this week, either. The Toyota C-HR Concept – previously known as the Scion C-HR Concept – also got a new badge. 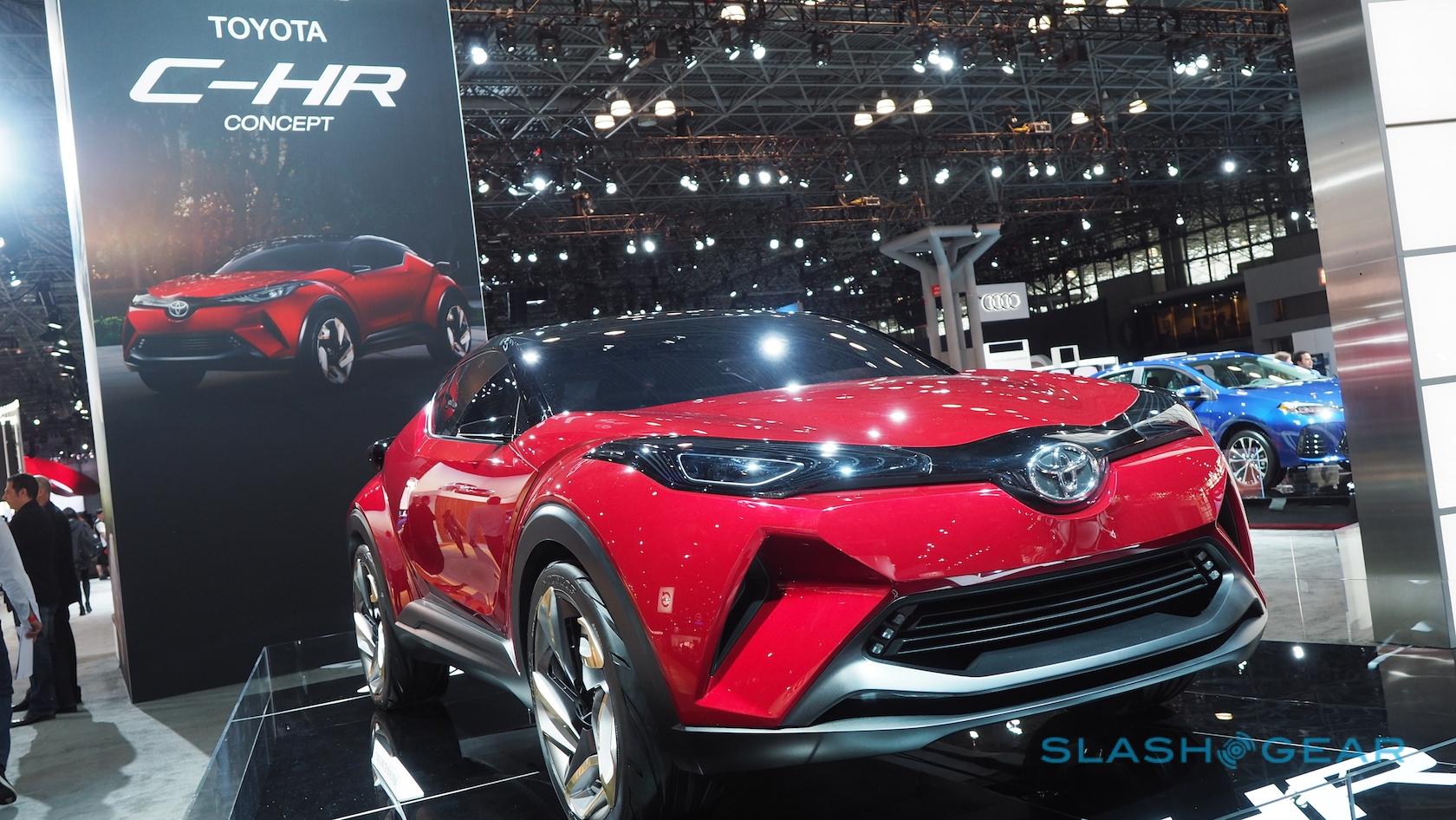 Otherwise, the C-HR was little unchanged from the original version shown off late last year in LA. Intended to be a youth-friendly compact urban crossover, it’ll be one of the first cars to use Toyota’s new platform architecture which, at least so the promise goes, will be more engaging to drive than perhaps the company is known for being right now.

Toyota has said the production version of the C-HR should break cover later in 2016. 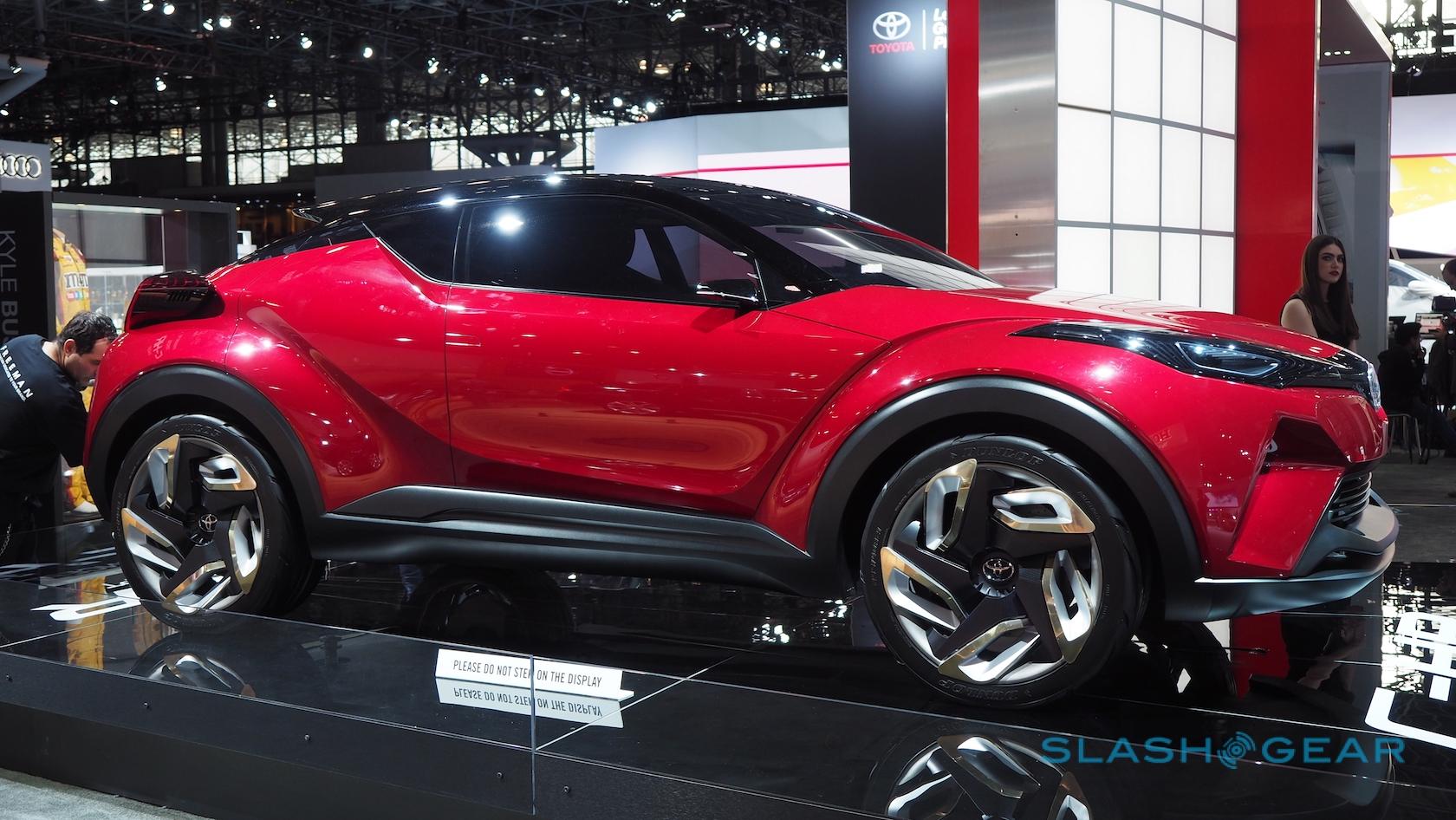