SlashGear 101: What is Android Wear?

Google’s first big play in the wearables ecosystem is in Android Wear, a version of Android introduced on March 18th, 2014. This system is centered around two core functions: Suggest and Demand, while the User Interface is centered around two shapes: the square and the circle. Today we’re having a look at what’s been shown so far, boiling it down to basics.

In the very first Android Wear release, it was clear: this was going to be Google’s show. With the system born with Google Now for smartphones, wearable devices in the Android Wear environment will be working with information gained with Google’s reading on you. This includes data based on your location, web searches you’ve made in the past, and on interests you’ve informed Google directly about.

The Context Stream is what Google describes as “a vertical list of cards, each showing a useful or timely piece of information. This can include anything from flight data to news updates, all centered on you, the wearer, uniquely.

You’ll swipe vertically to move from card to card, and left and right to move in and out of cards to gain additional information or access. Right to left brings additional info, while left to right dismisses a card entirely.

The “Demand” function can be accessed two ways: one is by saying “OK Google”, the other is by tapping the “g” icon in the upper right-hand corner of the Android Wear device’s display. The Demand function can do the following:

The Cue card appears when you first tap the “g” or say “OK Google” to your Android Wear device – swiping from bottom to top results in a list of possible actions (Demands, that is). This list will grow as additional apps work with Google’s SDK in the future.

Each of these Demands can be accessed by speaking aloud, or by tapping – at the moment it would appear that all Android Wear devices will require microphones to access the “voice intent” actions here – we’ll see soon if this is a final sort of situation.

Google has set some guidelines for prospective app developers for Android Play devices, each centered around the Google-made “Android Wear vision.” Google lays the following out as things developers should do, not necessarily guidelines developers must follow implicitly. That said, we’ve yet to see the final must-have list for Android Wear apps of the future.

• Contextually aware and smart. These devices bring a new level of awareness to computing. Rather than requiring attention and input from users, Android Wear devices are aware of their situation and state, and helpfully display the right information at the right time. Timely, relevant, specific.

• Zero/low interaction. Staying true to the strengths afforded by a smaller form factor, Android Wear focuses on simple interactions, only requiring input by the user when absolutely necessary. Most inputs are based around touch swipes or voice, and inputs requiring fine-grained motor skills are avoided. Gestural, simple, fast.

• Helpful. Android Wear is like a great personal assistant: it knows you and your preferences, it only interrupts you when absolutely necessary, and it’s always on hand to provide a ready answer. Efficient, respectful, responsive.” – Google

It should be relatively clear at this point that Android Wear apps will not be the same as full-fledged apps for Android. The whole ecosystem is based on cards, and apps will need to present their data in card form. Non-basic cards are called “Pages.”

An Android Wear app will have a single card in the wearable device’s Context Stream. Just as described above, a Page is accessed by swiping on a card in the Context Stream from right to left. This pulls open a Page with additional information that adds to the snipped presented in the original card. 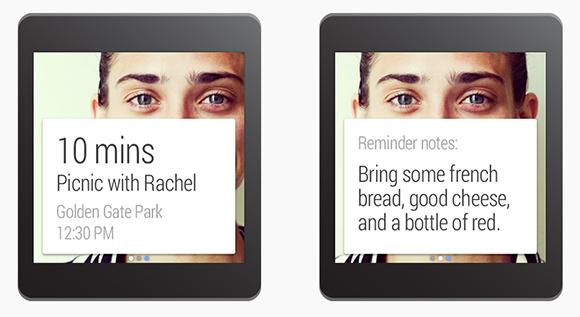 Each app inside Android Wear can have as many Pages as its developer wants, but Google suggests that there be no more than three pages “to ensure that actions remain easily accessible.” Pages are not the same as Notification Stacks – virtually stacked notifications made to keep an app limited to a single pane in the Context Stream.

Users will find that Notification Stacks will appear for apps like Gmail and Twitter. Instead of unleashing a massive number of cards, one after the other, in your Context Stream, a Notification Stack places a load of them on one single page. Each individual card inside a stack can have its own Pages, and each individual card inside a stack can be individually dismissed. 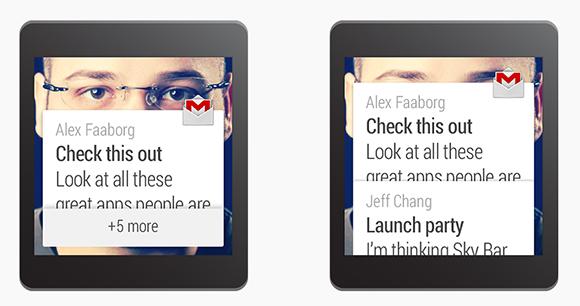 Notification Stacks are not inherently limited – thankfully, since we get hundreds of emails a week, easily – and can be dismissed easily. It’s all about swiping. 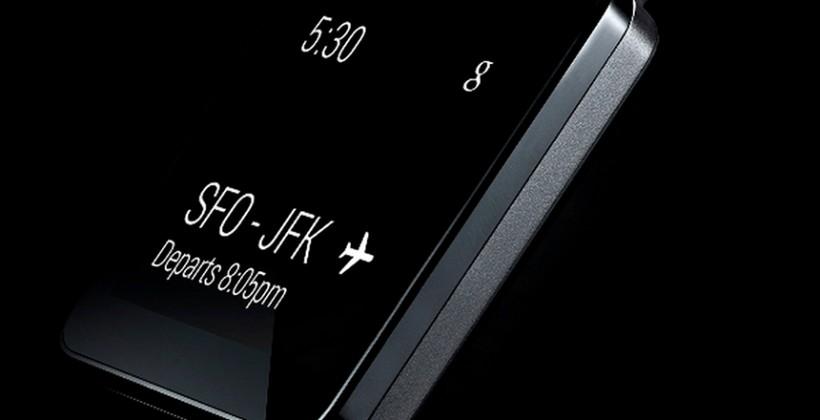 Otherwise we’ve seen the LG G Watch and the Motorola MOTO 360’s hardware only in rendered form. With the LG G Watch (shown above), we’re seeing the hero device for the square UI format. With the MOTO 360 (shown below), we get to see the hero for the circular layout.

In the future we’ll see several other manufacturers take part in the Android Wear space including HTC, Samsung, and ASUS as well. Fashionable watch brand Fossil Group has joined the pack as well – as have chipmakers Broadcom, Imagination, Intel, Mediatek, and Qualcomm.

Where do we go from here?

SlashGear will be following Google’s dive into the wearables space through our already-packed Wearable hub If you’d like to follow Google’s efforts alone, you might instead be interested in our Android Wear Tag Portal.

Either way we’ll be continuing to dive in deep with this ecosystem through today and the future, both inside and outside of Google’s unique viewing experience. We’ll also be chatting through the Google+ Android Wear Community, if you care to have a conversation. Here’s a good one to start with: Can you think of any other big players that’ve yet to jump in on the scene?