Today right on top of Google’s first Android Wear push, LG has revealed that they’ll be releasing an LG G Watch. This device will make use of Google’s Android Wear software, based in Android with a number of Google-specific abilities. This includes working with Google Now and the “OK Google” keyword right out of the box.

This device will make for a simple entry point for developer to get in on the wearables world, working with Google and Android rather than having to take an extra step with systems like Samsung’s SDK for Gear. This release will also be LG’s fourth in a line of “close collaboration” pieces with Google, this including the LG Nexus 4, Nexus 5, and LG G Pad 8.3 Google Play Edition as well.

The opportunity to work with Google on LG G Watch was the perfect chance for LG to really pull out all stops in both design and engineering.

With the LG G Watch, LG is continuing the milestones we’ve set in wearables following in the foot-steps of the world’s first 3G Touch Watch Phone in 2009 and the Prada Link in 2008. We’re confident that a well-designed device has the potential to take the smart wearable market by storm.”- Dr. Jong-seok Park, president and CEO of LG Electronics Mobile Communications Company

Keen eyes will remember these strange devices – the 3G Touch Watch Phone from 2009 and the Prada Link from 2008, each of them displayed here in all their glory. We’ve come a long way since then, and with Android Wear we’re set to go a long way through the future as well – much quicker now, we’re hoping. 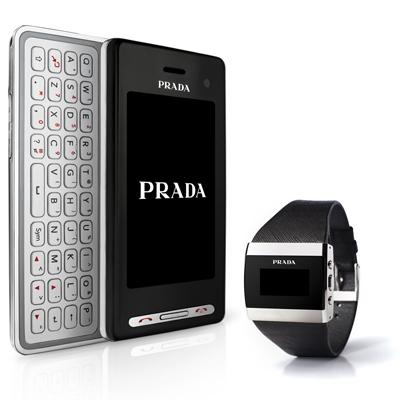 As LG continues to push into the Google world with Nexus and Google Play devices, we must wonder if this Android Wear initiative is another program along the same lines. Will developers need to have a pure-Google experience in order to call their device worthy of Android Wear? We shall see soon enough in our Wearable Hub!