It would seem that Samsung’s team-up with Oculus VR made their design department follow their team’s lead. The device you’re about to see would appear to be Samsung’s first virtual reality headset. As previously tipped, this device would work with a Samsung smartphone to provide its display.

This image appeared on The Verge where they also suggest it’s called “Project Moonlight” behind the scenes. We’ll go ahead and guess Samsung will name it something with “gear” and/or “galaxy” in its final market title, but for now it’s a hush-hush “project” file.

On top of the device you’ll find a dial which may loosen and tighten hardware within the headset. This could mean focus for the eyepieces, or it could mean an adjustment of whatever element needs power through the bottom of the smartphone you’ll be plugging in.

In the image you’ll find a Samsung Galaxy S5 as well as a casing for the headset that matches. The Galaxy Note 4 will be launching alongside this headset when it’s shown off on the 3rd of September before IFA 2014, so we must assume this is one of several iterations. 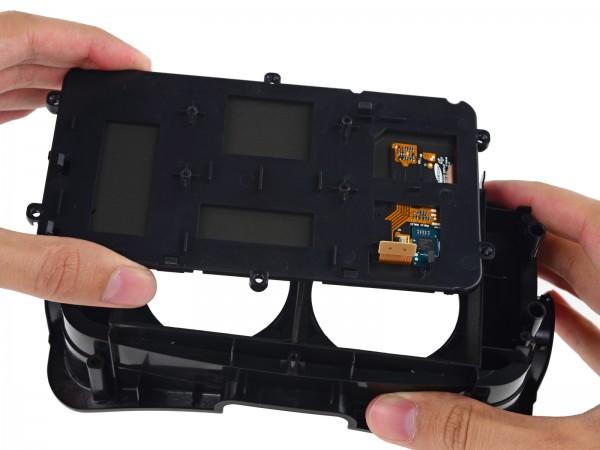 The Samsung Galaxy Note 3 is used as the display for the Oculus Rift DK2, we found out a couple of weeks ago. Samsung and Oculus VR are in some sort of agreement for parts and technology, so we must assume that Oculus VR has contributed some form of knowhow to this device in one way or another.

Finally you’ll find the Samsung Smartphone GamePad revealed at the tail end of 2013. 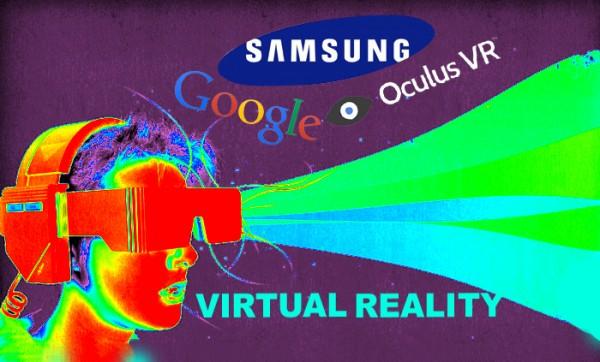 We’re seeing no reason why our Samsung Gear VR vs Oculus Rift vs Google Cardboard guide stands any less true with this leak, so have at it!