In a few years from now, cameras like the Ricoh Theta S will be standard. Maybe not even a few years. Maybe this year. Samsung just released their VR camera, the [Gear 360], and LG just released a VR camera called [LG 360 CAM] as well. LG’s camera is, shall we say, very INSPIRED by Ricoh’s design. But the Ricoh Theta was first. By a mile. By several years and a whole new iteration, in fact.

When we first got our hands on the original Ricoh Theta, the VR world was just starting to rumble. This was around a year after the original Oculus Rift kickstarter, and the earliest of adopters were beginning to catch a glimpse of the possibility of Virtual Reality taking off.

Most people hadn’t heard of the Oculus Rift, much less realize that other companies would be able to profit from the VR market that was just about to launch.

In 2014 Ricoh revealed the Theta M15, and in 2015 came the Ricoh Theta S. While most companies that are now testing the waters with 360-degree/spherical photography and videography cameras have made one iteration so far, some haven’t released any to the market, and Ricoh is already on generation 3!

Below you’ll see how the Ricoh Theta S has camera lenses on two of its sides. On the edge of the camera you’ll find metal buttons, one to turn the device on, another to connect to your smartphone via Wi-Fi, and a third to switch between photo and video capture.

You do not need to use this third button if you’re controlling the camera from your smartphone exclusively. 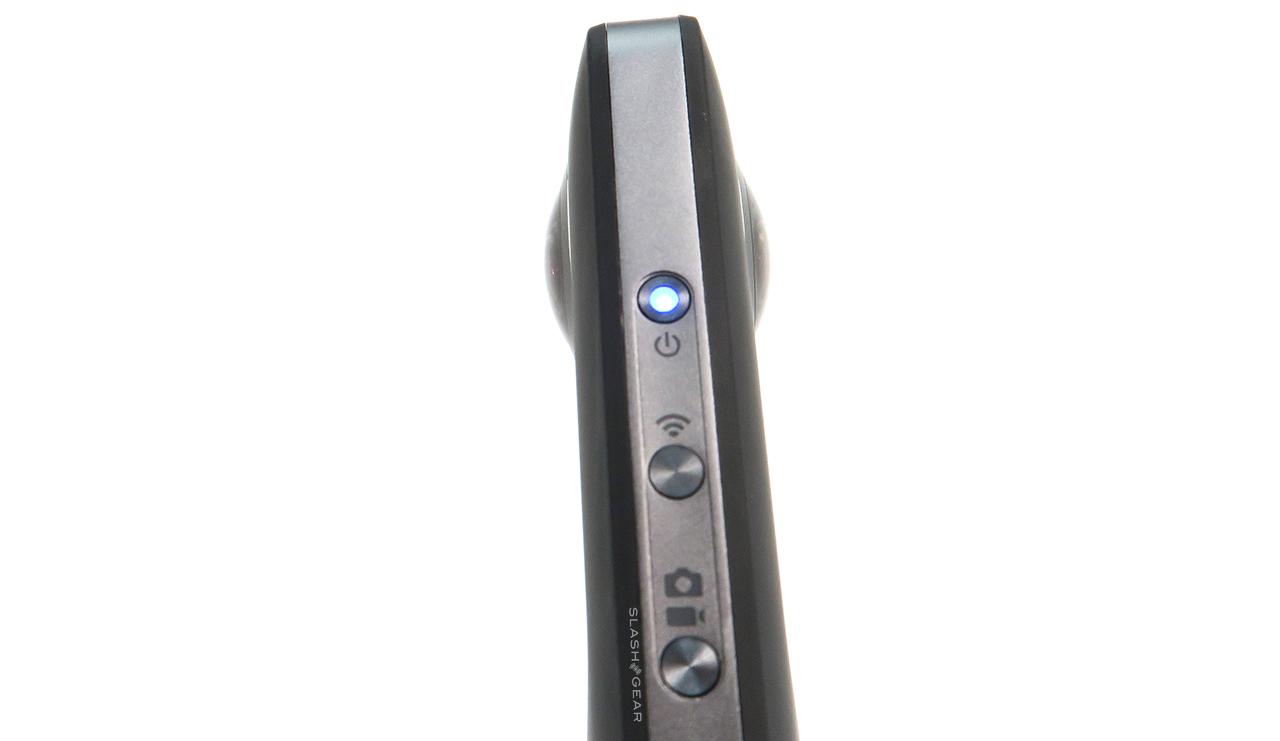 As quick as you’re able to push the big ol’ shutter button, you’ll hear a sound something like a “shhplink!” and the photo will have been taken. It’ll catch you off guard. You’ll think “there’s no way it took a photo that fast that’s even worth looking at.”

ABOVE: You can output the media you capture through a smartphone app (iOS or Android) via the web, or you can move photos and video to your desktop computer with a standard micro-USB cord. You can also view media on your TV straight from the camera, if you feel so inclined, via a mini-HDMI port.

The Ricoh Theta S is able to capture images at 14-megapixel resolution and can capture video at 1080p/30fps. This device has two f/2.0 lenses to capture this media.

It doesn’t capture images or video that are going to win you any national media prizes for most fantastically well composed shot.

But the Ricoh Theta S represents a piece of equipment that’ll change your perception of the world around you – insofar as how you’re able to capture that word and share it with the world, that is.

It’s so extremely easy and quick to use, anyone can do it.

This device has 8GB internal storage inside – which is fine so long as you’re willing to transfer data to your smartphone every once in a while, or empty the whole device out to your desktop computer at the end of each day.

It’s not like you’re going to fill this 8GB up in an hour’s time – far from it – but at the end of a day capturing video and photos in a very photogenic place, you’ll fill this device up easy.

Above you’ll see a photo of NASA’s Orion Spacecraft – non-flight model for training and development purposes – at the Johnson Space Center.

Below you’ll see my puppy dog. Her name is Susi.

The above two images were captured in some rather high-light areas. The dog photo was captured in the afternoon on a very bright day – it’d snowed outside so there was more light than I knew what to do with. So the photography conditions were fairly ideal.

The image above was captured at Space Center Houston, aka the Official Visitor Center of the NASA Johnson Space Center. You’ll notice that the imagery is a little bit more muddy than the highly-lit photos above.

Above you’ll see another image from the Space Center Houston – here we get an idea of what it’d be like to watch an orientation at – for instance – your college, when you’re at home sick in bed.

Below you’ll see the Rock Yard – this is where the Mars Rover is tested at Johnson Space Center. Crushing rocks and such.

Next you’ll see a video. The Ricoh Theta S does not do as well with video as it does with photos. This camera can capture a far larger image in a single frame – a photo – than it can in an array of frames – a video. At the moment, this camera is not ideal for video, that much is true.

The video you’re seeing was captured inside the Mars Rover from the passenger seat. I trusted the Ricoh Theta S to capture media at this once in a lifetime experience, and I was not left disappointed.

Below you’ll see another video from inside the same space vehicle. This one is back further in the vehicle, so there’s even less light available to the camera.

While video quality is wanting, the photos this device captures now are quite nice. I expect that a year down the line this model will look slightly less impressive – especially now that players like Samsung and LG are jumping in on the party – but for now, the Ricoh Theta S is top notch. 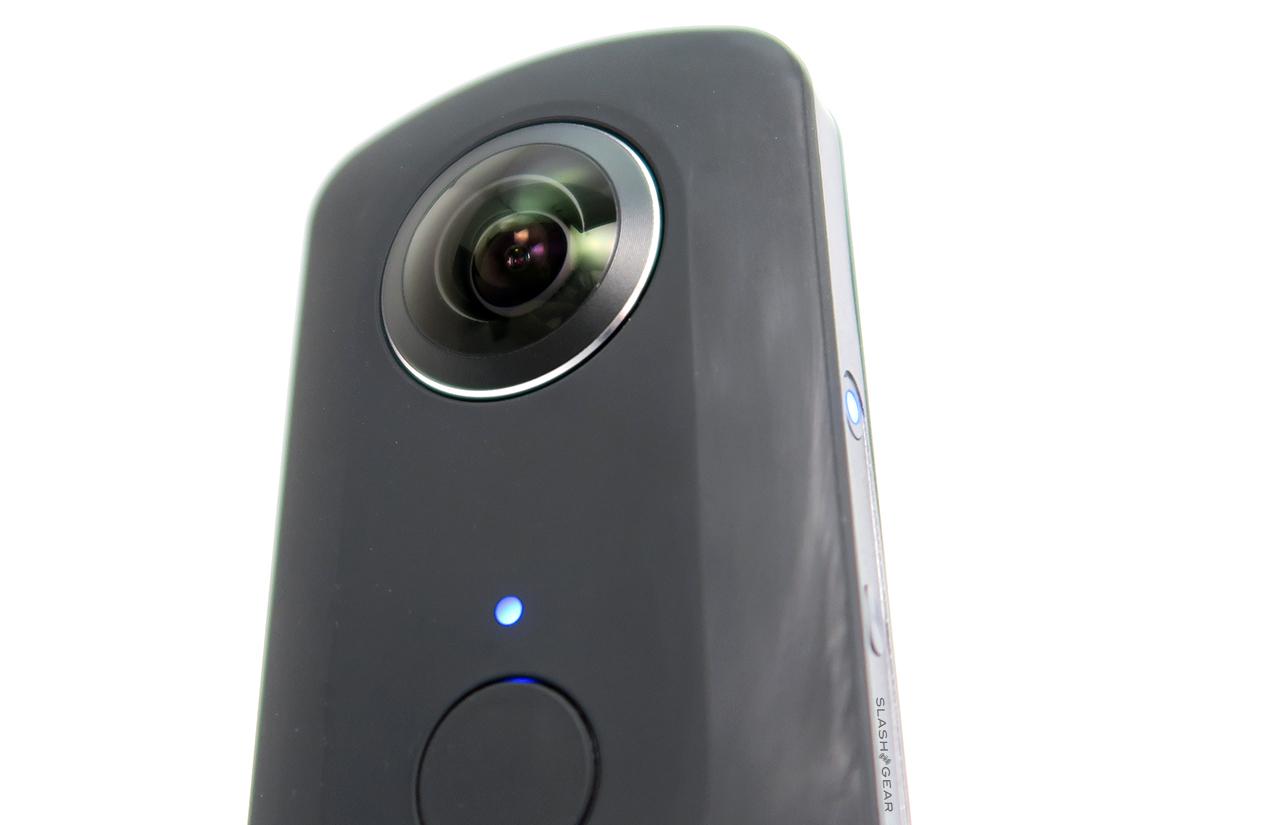 And again – Ricoh deserves major props for stabbing this sort of device right in the heart well before the competition. They saw the future before basically anybody else. Well done!

The Ricoh Theta S will cost you $349 USD, and it’s available right this minute online.