Italian design house Pininfarina recently debuted its futuristic Teorema concept car. It’s a vehicle designed exclusively using both virtual and augmented reality. Best of all, Teorema reminds us of those groovy concept cars from the 1960s and 1980s, like the Plymouth XNR, Chrysler TurboFlite, and the wedge-tastic Citroën Karin and Lamborghini Athon.

In short, Teorema is everything we expected from Pininfarina, makers of some of the most eye-catching and beautiful cars in the world. Hot on the heels of its all-electric Battista hypercar, Teorema harks to the past while paying homage to a glorious, hi-tech future. 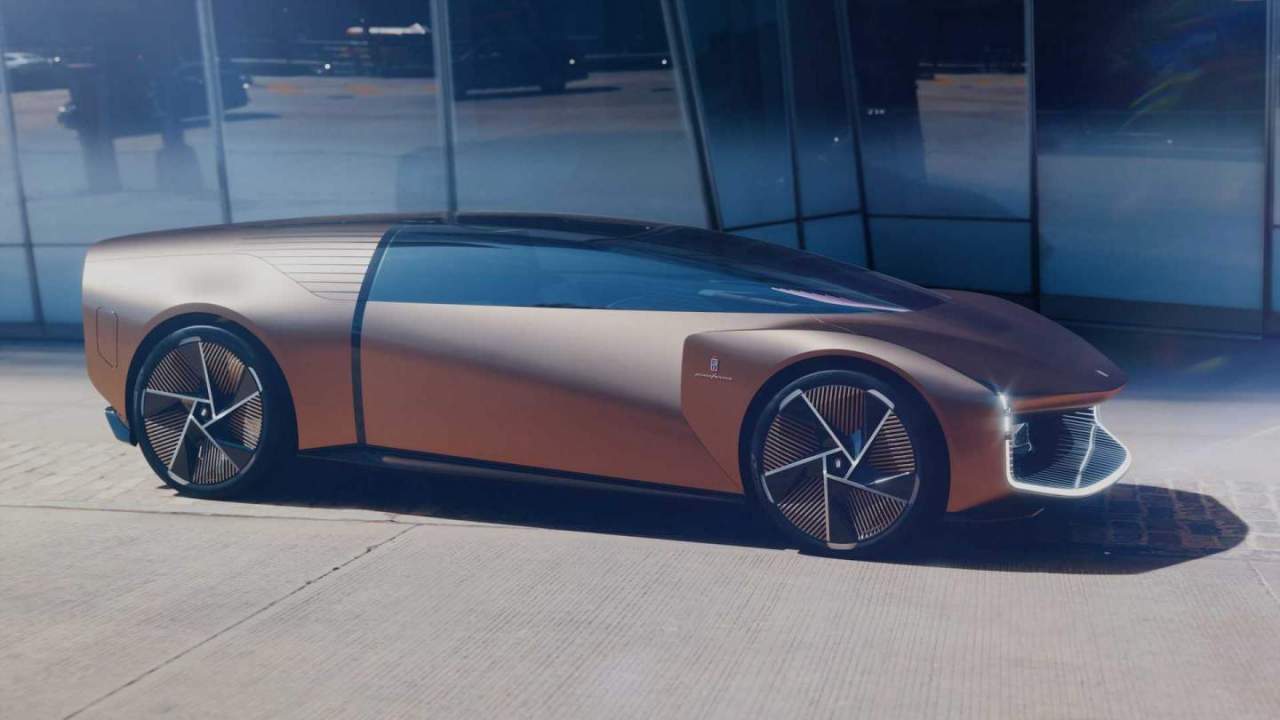 “Pininfarina has always looked to the future using concept cars as an innovation tool to chart the direction and introduce new visions in terms of usability and technology in the automotive industry,” said Kevin Rice, Pininfarina Chief Creative Officer.

It may not look like it, but Teorema is a BIG car. Spanning 5.39-meters long (212.5-inches) yet standing only 1.4-meters tall (55-inches), Teorema is an expansive wedge offering a rather unusual seating position. The driver sits in the center and has passenger seats on each side like a GMA T.50. but unlike the latter, Teorema has two extra seats in the second row. 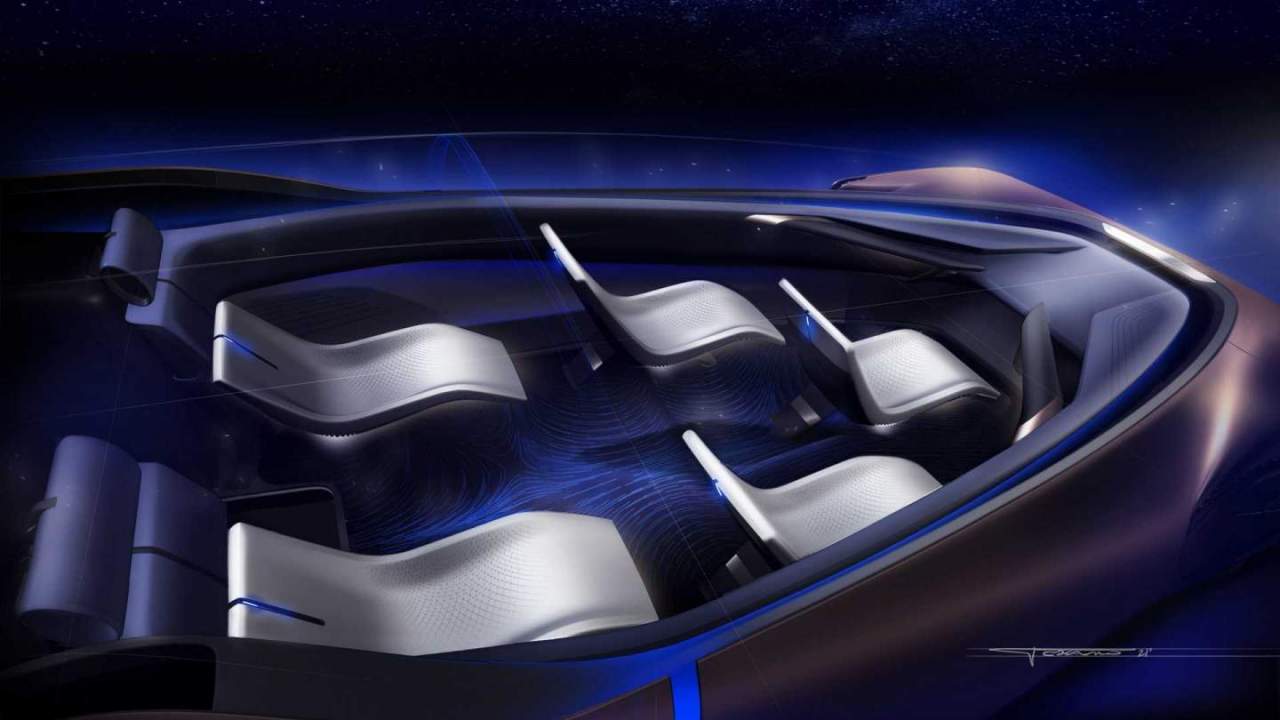 Entering the car is like stepping into a time capsule. Pininfarina describes the ingress procedure as “entering a living room.” In Teorema, you walk inside the vehicle instead of stepping in. The cabin reveals itself by extending the roof upwards and forwards where a foot-triggering floor guises passengers to their respective seats. Yes, there no conventional doors in Teorema because doors are relics of a slowly-forgotten era. 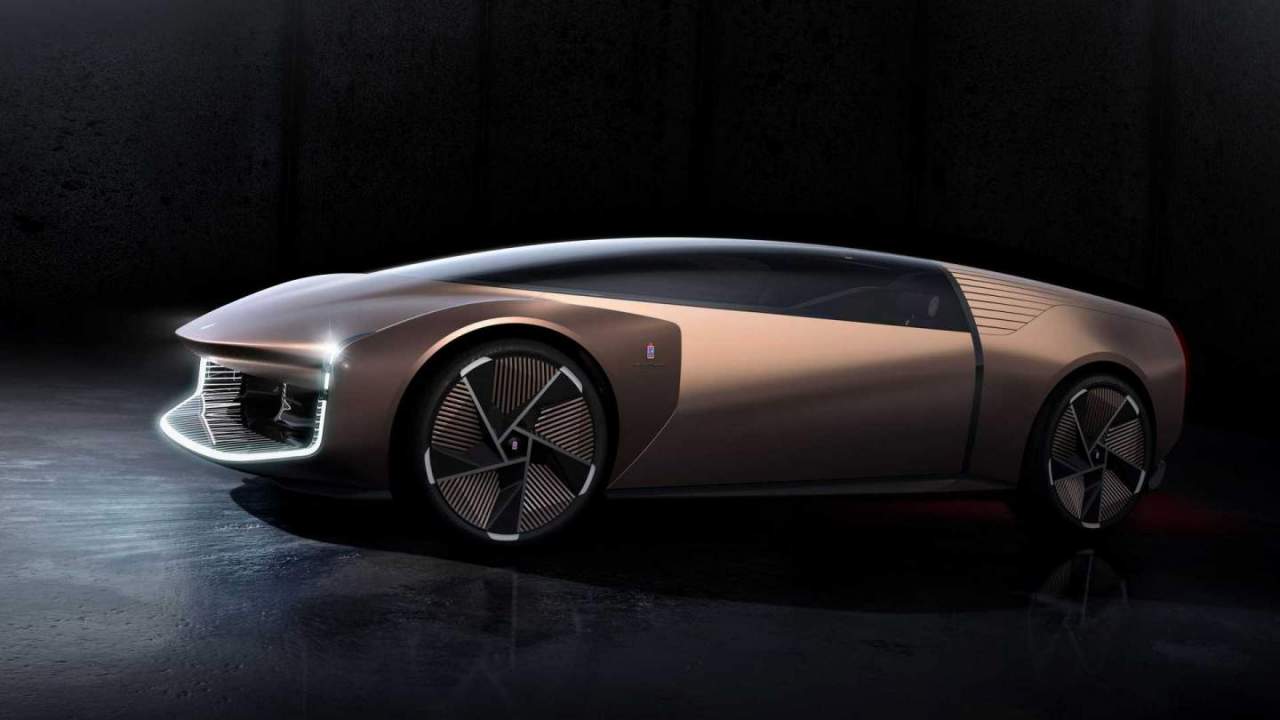 The styling won’t look out of place in the sets of Blade Runner or Back to the Future, but the simple lines point to advanced aerodynamic efficiency. The car is divided into three sections when viewed from above, and there are open wind ducts and air channels on each side to manage the airflow. Of course, Teorema is an EV, so it needs to be as slippery as a fish to maximize its driving range. 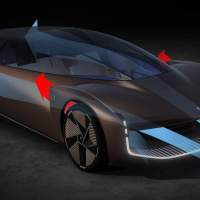 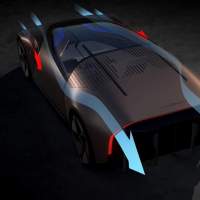 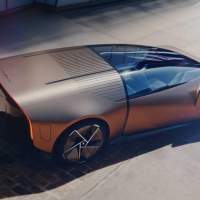 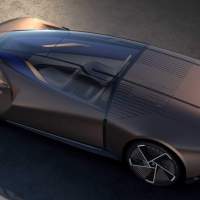 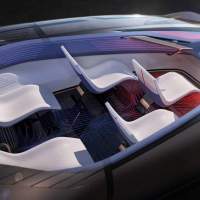 Keen-eyed readers will also notice the absence of a conventional steering wheel, and that is by design. You see, Teorema is a fully autonomous electric concept car, so you won’t need a tiller to shift directions. The concept is sitting on a skateboard chassis by Benteler, while Poltrona Frau and Continental Engineering Services were responsible for those cool-looking seats and intelligent glass surfaces.

But alas, don’t expect Pininfarina Teorema to enter production any time soon. No matter the case, it seems the future of automotive design is looking bright.