You could hardly walk five paces through the halls at CES 2015 without stumbling over a wireless light bulb. Connected lighting seems determined to be the point of entry to domestic home automation, and there are plenty – startups and larger – hoping to corner the market. Ironically, then, the company which arguably created the market, Philips, had decamped to a nearby hotel, outfitting a suite with a full array of hue bulbs and lamps. I stopped by to get a demo of the newest 12 Monkeys hue light-soundtrack support, as well as to find out what’s coming up next as the smart home accelerates.

hue has been around for more than two years now, but it’s still probably the best known of the remote lighting systems out there. Rather than Bluetooth LE, as many of the bulbs shown at CES – and, for that matter, that I’ve reviewed in recent months, such as Elgato’s Avea – rely upon, hue bakes ZigBee into each, communicating with a central hub as well as setting up a mesh network between every node.

In the intervening years, Philips has broadened its range: the original E27 bulbs were joined by versions for downlighters and halogen fittings, standalone lamps and floods, and even light strips. In recent months, the hue team turned to 3D printing to create two ranges of custom lamps, both beautiful and – at $3,000 apiece – expensive. 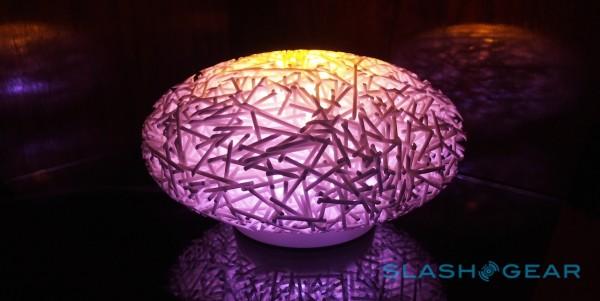 However, alongside that it also broadened its ecosystem. hue has been near the top of the list for integration with third-party smart home devices and platforms; you can hook it up to Samsung-owned SmartThings, to internet services backbone IFTTT, and many more. 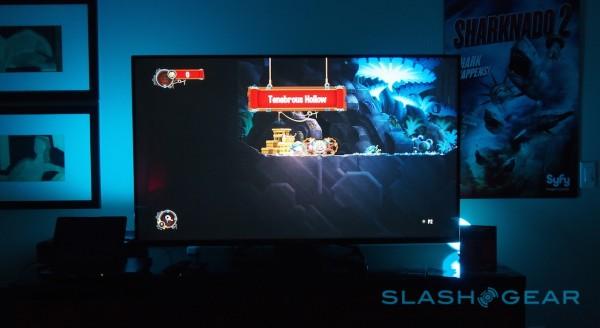 The hue light soundtracks work differently to Ambilight, Philips’ LED TV backlighting system, which picks out the dominant on-screen colors and then replicates them around your screen. For hue, the colors are manually selected: they don’t have to match the on-screen tone or even its rhythms, effectively a complete other channel similar to the sound funnelled to your rear speakers.

It’s more impressive as a result: in a demo scene from 12 Monkeys I watched, a selection of hue bulbs around the room and a light-strip under the TV gradually ramped up the tension during a time-twisting stand-off, building to a crescendo of flashing lights that helped spread the feel of the show through the room without distracting from what was happening on-screen. 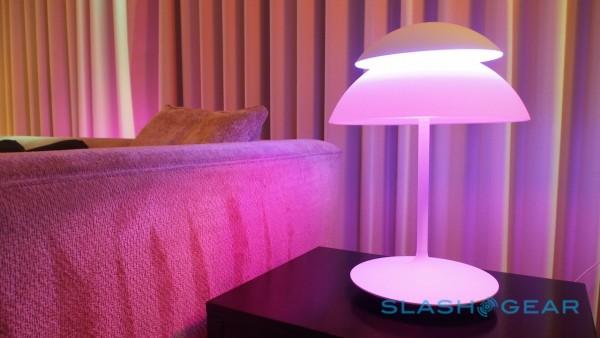 That’s done with a custom tool, but while I could see fan-made light tracks being popular if shared among hue owners, Philips tells me it has no current plans to release the app. Right now, content owners are claiming that, just like audio soundtracks and everything else, color tracks for their shows come under their own exclusive rights,

It’s a shame, though a workaround might be possible if the other implementation of light tracks takes off. Philips also showed me a gaming demo which uses a similar approach, boosting the mood of play by illuminating the room in matching or contrasting colors. If that’s something game developers come to demand, the same tools may end up being used for video too, even if it only works when the rights issues are settled. 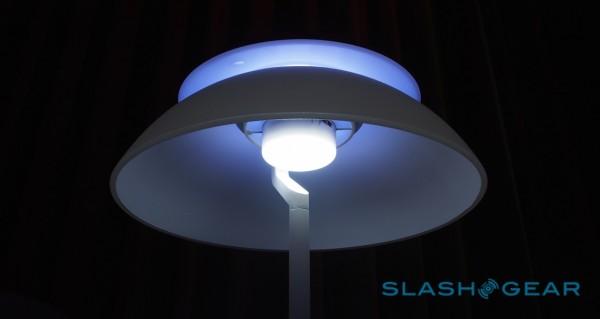 Philips’ other area of focus this year is building out hue’s third-party integration alongside its light smarts. The company has no desire to become the hub of the smart home – something it has maintained since the start – but it does want to be the de facto choice for lighting in that home.

To that end, this year there’ll be support for ZigBee sensors – such as for door opening, or movement – that can automatically trigger lighting scenes. So, you could have the hall lights come on automatically when you open the front door, or the bathroom lights activate when you walk in.

Working hand in hand with those sensors is a new smart scheduling system, that takes into account factors like the current time when triggering scenes. During the daytime, for instance, walking into the bathroom might turn on regular white lighting; in the middle of the night, however, it could be dim red instead – sufficient not to stumble your way into the sink, but as conducive as possible to getting back to sleep again afterwards. 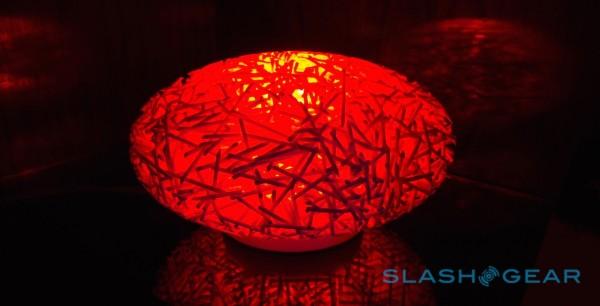 Even though the hue app has near-limitless choices for picking colors, brightnesses, and combinations, sometimes that’s more flexibility than you really want or need. Paired with a hue tap, for instance – Philips’ battery-free light switch – you could effectively trigger many different lighting scenes all from the same button, the smart scheduling system automatically picking the most appropriate depending on when you press.

Sadly hue tap is – at $60 – a fairly expensive way to add a switch, especially if you want one in every room. Philips tells me there’s no current plan to offer a more simplistic version with a single button rather than four, even though that would presumably trim cost, and nor does the company expect to do a great deal when it comes to ZigBee sensors, preferring instead to leave their design to third-parties. 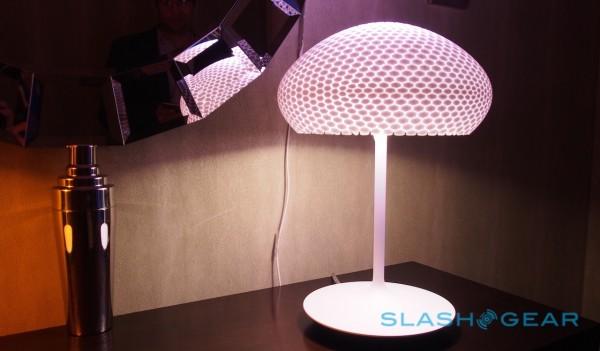 What we could see more of in future is 3D printing. It was my first opportunity to get up close with Philips’ initial efforts in luminaires, one which resembles a carefully-assembled bubble of balanced sticks while the other looks like a vast insect eye, and they’re certainly striking. Two-toned bulbs mean the top and bottom portions can either match or contrast, the translucent white print material glowing beautifully.

Then again, at $3k apiece – “a dollar a stick!” hue’s George Yianni joked – they really have no excuse not to be eye-catching. Philips isn’t saying exactly how many have been sold altogether, though Yianni did tell me that there’s one man in Toronto who has bought 24 of them for his home. 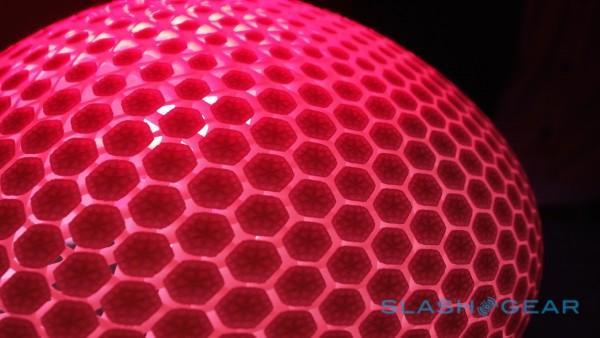 What Philips hopes to do is use 3D printing to offer more flexibility in design; perhaps without the same complexity of the initial luminaires, but still allowing for lamps that fit more cohesively with individual home decor.

There’s also chatter around offering the twin-zone bulbs separately, so that a single hue zone could create two different colors in the same fitting. Philips has already used the bulbs with the recent Beyond lamps which, though still expensive, are a fraction of the 3D printed models.

A question I’m often asked is whether hue light bulbs are worth their price. At around $200 for a starter kit of three, and then roughly $50 apiece for extra color bulbs, there’s certainly a premium versus some of the more recent Bluetooth bulbs I’ve seen. Philips now has hue lux, which are white-only, can have their brightness controlled remotely, and which shave a little off the price tag, but they’re still not the most affordable option out there. 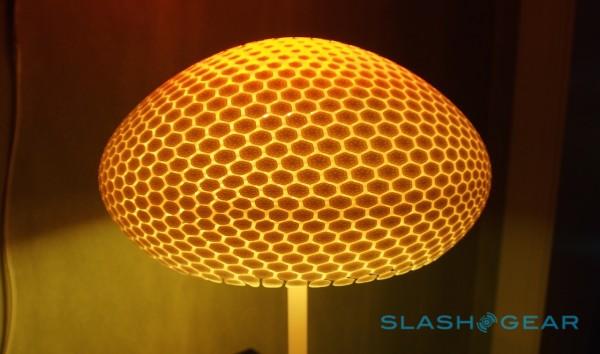 My justification for continuing to recommend hue is the ecosystem. That starts with the range of form-factors – most rival offerings have a single bulb shape and stick to the common E27 screw fitting – but also includes the integration with third-party platforms and services.

Remotely picking a color from an app on your phone is only entertaining for a short while, I’ve found; lighting is such an essential aspect of our daily lives, there are far more occasions when it needs to be super-simple to use than it does to wow us with rainbows.

Time will tell how long Philips keeps that edge. CES saw several bulbs promise HomeKit support, and Apple’s automation platform may well replicate some of what Philips has been forced to negotiate for itself: integration with other devices and services, along with more intuitive controls and smarter triggers.

Coming later to market but timed alongside HomeKit may trim some of the rough edges off the newer bulbs out there, that considered individually might not shine so brightly. Then again, Philips is down on the list of HomeKit supporters, too, so it’s far too soon to count hue out. 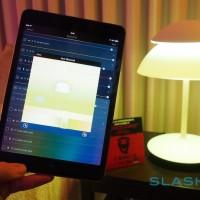 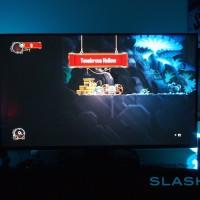 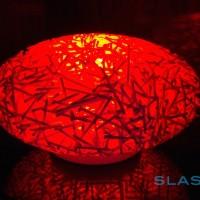 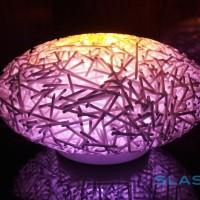 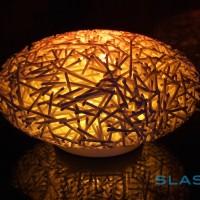 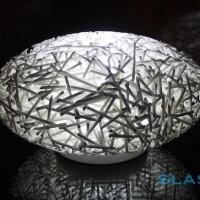 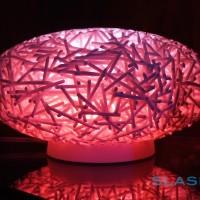 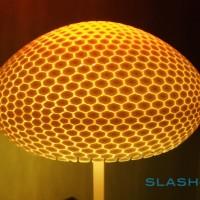 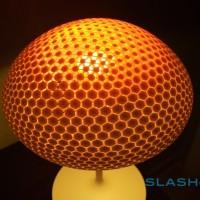 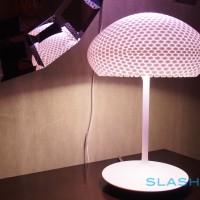 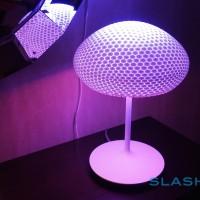 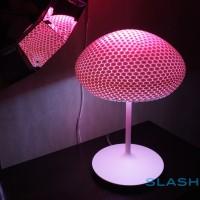 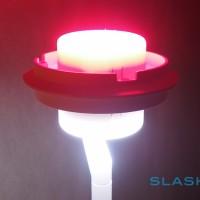 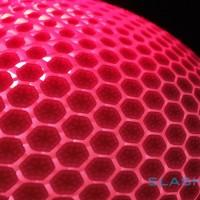 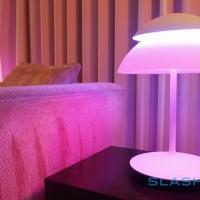 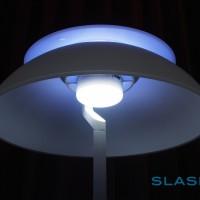