Moto X vs Moto G: specifications fight for most budget-friendly

This week the folks at Motorola have pushed the first cross-carrier availability of the customization-included Moto X, and following up rather quick they’ll push a machine called Moto G. UPDATE: Moto G launched – this battle is now updated with 100% accurate and official specifications! This slightly smaller device will be the “budget-friendly” Motorola device expected to have been launched when the Moto X was first teased, and here just before Motorola makes it all official themselves, we’ve got a bit of a comparison chart to make the differences between these devices clear.

With the Moto G, you’ve got an ever-so-slightly parred-down experience in the face of the Moto X. You’ll be able to see the bits and pieces that make the G a slightly less expensive handset than the Moto X while, for the common user, all the basics remain fully intact. This device also offers some benefits over its predecessor, one of these being interchangeable back covers.

While the Moto X works with a fully customizable configuration process with Moto Maker, the Moto G will work with a variety of back covers that can be changed out. In this way both devices work with their own unique customizable feature sets while they don’t necessarily step on one anothers toes. Likewise the display on the Moto G is smaller – 4.5 inches compared to the Moto X’s 4.7-inch display – making the same amount of pixels (720 x 1280) provide a sharper experience than the larger machine. That’s 316 pixels per inch on the Moto X while the Moto G brings 329PPI.

Both machines have Corning Gorilla Glass up front, Android 4.3 Jelly Bean under the hood (leaked and in the wild if not ready at launch), they’re both running the same software (effectively), and they’re both working with a Qualcomm Snapdragon processor. The Snapdragon 400 inside the Moto G runs at 1.2Ghz while the Snapdragon S4 Pro inside Moto X works at 1.7Ghz – in practice they’ll be really, really similar with the basic features they claim. 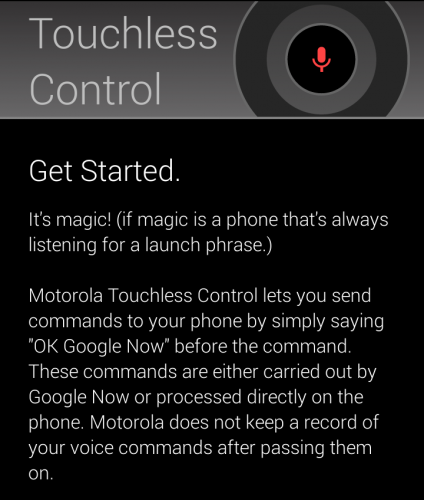 On the other hand, the Moto X does work with the Motorola 8X compute system while the Moto G does not – this means a lack of “hands-free” actions and the lot, offering up a much more “classic” experience. This compute system attaches additional processing architecture to whatever processor they’re working with, allowing low-powered tasks to work with very, very little pressure put on the device’s battery. This same compute system works in the 2013 family of DROID devices with Verizon: DROID Ultra, Maxx, and Mini. 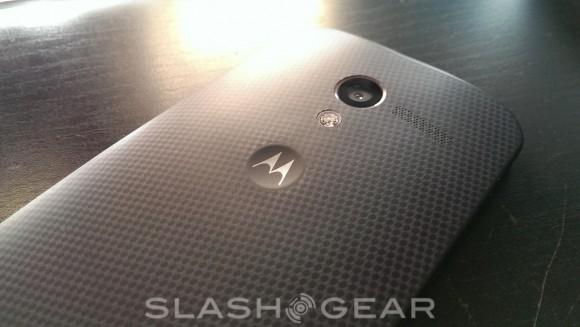 “Miner argued that the average consumer “still prefers a subsidized device” right now, but that Google Ventures is hoping to change that. “We’ve made an investment in one company that we’re not going to make public right now” Miner revealed, “that is going to affect that space.”” – Google’s Rich Miner on tomorrow’s smartphones

The pricing on these two devices is radically different as well. While the Moto X is offered for $99.99 or $149.99, these prices are attached to 2-year contracts. It’s the off-contract pricing where the Moto G shines – in the USA you’ll see this smartphone’s pricing start at $179 off-contract. Meanwhile the Moto X can cost upwards of $579 for the 16GB version or $629 for the 32GB version off-contract. Now you’ll have to see if the spec changes really add up to several hundred dollars more in off-contract cost. What do you think?