There are two major paths you might go down when you’re attempting to see what’s different in the change-over from Android 4.2 or 4.2.x over to 4.3 Jelly Bean: one is behind the scenes, the other – right up front. What we’re going to be doing is taking a mostly up-front approach, sourced straight from Google’s guides, tuned here for the common user while we keep the developer back end in mind: those bits and pieces are put in place for your machine to work well – here’s what you’ll be well off knowing. 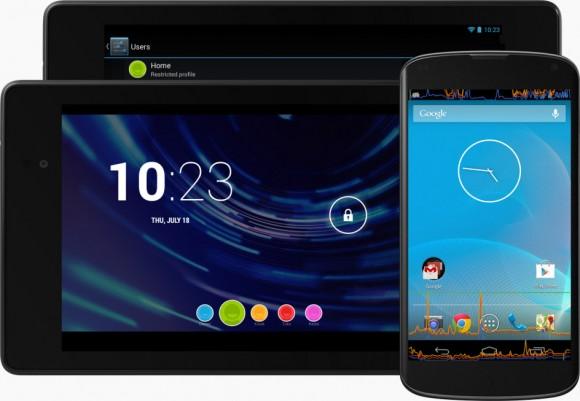 While this doesn’t end up changing a lot for those of you that just want to open their phone and kick up some dust with a high-powered graphics-intensive game, your device’s GPU will thank you for the more efficiently rearrangement and merging of draw operations. This renderer can also now use multithreading across multiple CPU cores to perform “certain” tasks.

You know what that means?

If you’re all about making the most of your multi-core processor (like most hero phones these days employ), you can now make them dance for your 2D rendering! Of course, again, that may not mean a lot for the lay person, but check down in the GPU profiling area in the Developer Bits section later in this run-down – see how you can see it with pretty live graphs and rings! 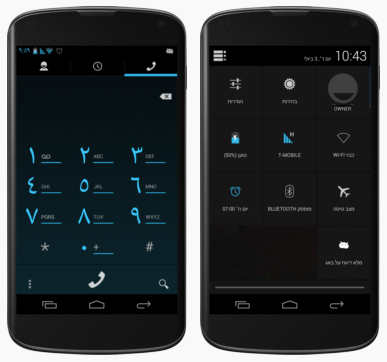 Google’s Android 4.3 adds on improved rendering across the board, but centers again on the rendering of shapes and text. Efficiency in these areas allow circles and rounded rectangles to be rendered with higher quality, while text optimizations come into play when multiple fonts are used near one another, when text is scaled at high speed (think about zooming in) and when you’ve got oddities like drop shadows and CJK (complex glyph sets) lurking around.

This all ties in with OpenGL ES 3.0 and Google’s adoption of said system for Android 4.3 Jelly Bean. We’ll be attacking this bit of system integration, that is Khronos OpenGL ES 3.0, in a separate article – for now you’ll just want to know that this expands developer abilities to bring high-quality graphics and rendering to apps with new tools included in the official Android Native Developer Kit (NDK).

You’ll also find that custom rotation animation types have been added with Android 4.3, meaning you’ll be seeing apps choosing to use “jump-cut” and “cross-fade” when you turn your device on its side rather than just “standard” as you’re seeing now. Along with this, believe it or not, the ability to lock the screen to its current orientation has only just been introduced with Android 4.3 – helpful for camera apps, especially.

Android 4.3 Jelly Bean builds on an accessibility framework allowing simulations to be run on devices – this means your device will believe it’s being tapped, touched, etcetera, while you’re running these commands from a separate machine. Google notes that the user can: “perform basic operations, set rotation of the screen, generate input events, take screenshots,” and a whole lot more.

We’ll be waiting for this set of abilities to be expanded beyond the developer realm and into the remote control Android smartphone universe. This sort of usability has already begun with display mirroring – now it’s time to get weird with it.

Developers will now be able to make user of On-screen GPU profiling. This data comes up in real time and shows what your device’s graphics processing unit(s) are doing and can be accessed in your Developer Options under settings. If you do not see these settings right out of the box, it’s just because you’ve not un-hidden them yet (this is default in all Android iterations above 4.2). 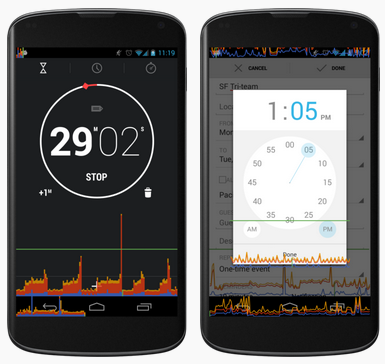 To un-hide Developer Options, go to Settings – About phone – Build number, and tap the Build number of your device 7 times quickly. From there you’ll be in business. Android 4.3 offers a collection of developer abilities behind the scenes, also including a set of enhancements to Systrace loggin. 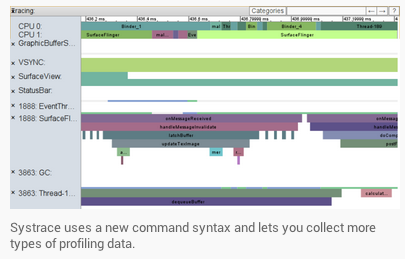 With the Systrace tool, developers are able to visualize app-specific events inside the software they create, analyze the data that’s then output, and use Systrace tags with custom app selections to understand the behaviors and performance of apps in ways that are both easy to understand and in-depth enough to expand well beyond analysis tools of the past.

One of the most important additions to Android in this update for the business owner or employee that needs a bit more security than the average user is the addition of Wi-Fi credential configurations for individual apps to connect with WPA2 enterprise access points. Google adds API compatibility with Extensible Authentication Protocol (EAP) and Encapsulated EAP (Phase 2) credentials, just like they’ve always wanted.

Android 4.3 adds KeyChain enhancements which allow apps to confirm that commands entered into them – passwords, for example – will not ever be exported off the device itself. This is what Google calls a “hardware root of trust” for the device, and they suggest that it cannot be broken, “even in the event of a root or kernel compromise.” That’s hardcore.

This security is expanded with an Android Keystore Provider which can be used by one app that will then store a password that cannot be seen or used by any other app. This key is added to the keystore without any user interaction and locks the the data down the same way the KeyChain API locks down keys to hardware.

You’ll also want to have a peek at our exploration of Restricted Profiles and Google’s expanded vision for multiple users on one device. Built-in kid-proofing!

Google will be pushing Android 4.3 over the air to Nexus devices starting today – for models like the Nexus 4, Nexus 7, and Nexus 10, and SOON for the HTC One Google Play edition and Samsung Galaxy S 4 Google Play edition. As for the rest of the Android universe – we’ll just have to wait and see! There’s always the hacker forums, and stick around our Android portal for the news when it pops up!