Mansory unleashed the Stallone GTS in March of 2021, and it came with subtle Dayton Gray paint and a blue interior. Following that, the company has unveiled a new Ferrari 812 GTS Stallone, and for this model, Mansory has thrown all pretensions of subtlety out the window, giving the car an eye-searing orange paint job.

The newest Stallone GTS remains a “Spider for the highest demands of open-top driving,” said Mansory. And like its gray sibling, the orange Stallone makes do with a bespoke, aero-optimized body kit. Some may call it ugly or flashy, but we think orange looks good on a hyper-tuned Ferrari V12 supercar.

Of course, carbon fiber is the order of the day, and you’ll find it all over the Stallone GTS, including on the front bumper, side skirts, rear diffuser, and the large rear wing. The vehicle retains its retractable hardtop roof that raises or folds in under 14 seconds at speeds up to 28 MPH. The new offering also gets functional air vents in the fenders and reshaped wing mirrors for good measure. 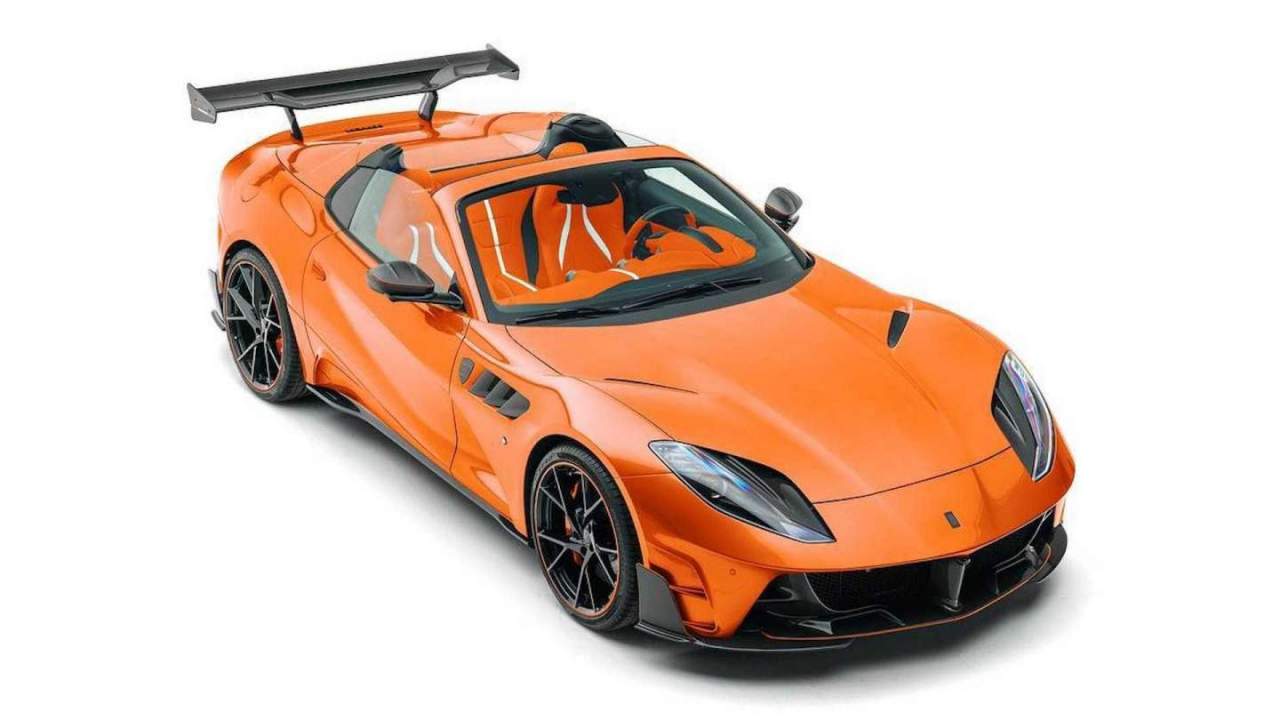 It not only looks fast, but it can rush like a proper hypercar. Powering the Stallone GTS is a tweaked naturally-aspirated 6.5-liter V12 gasoline engine that pumps out 830 horsepower and 546 pound-feet of torque. It has the same power output as the first Stallone GTS, and it’s just as potent as the Ferrari 812 Superfast Versione Speciale. Ferrari considers the latter to have the most powerful road-going gas engine in the automaker’s history. 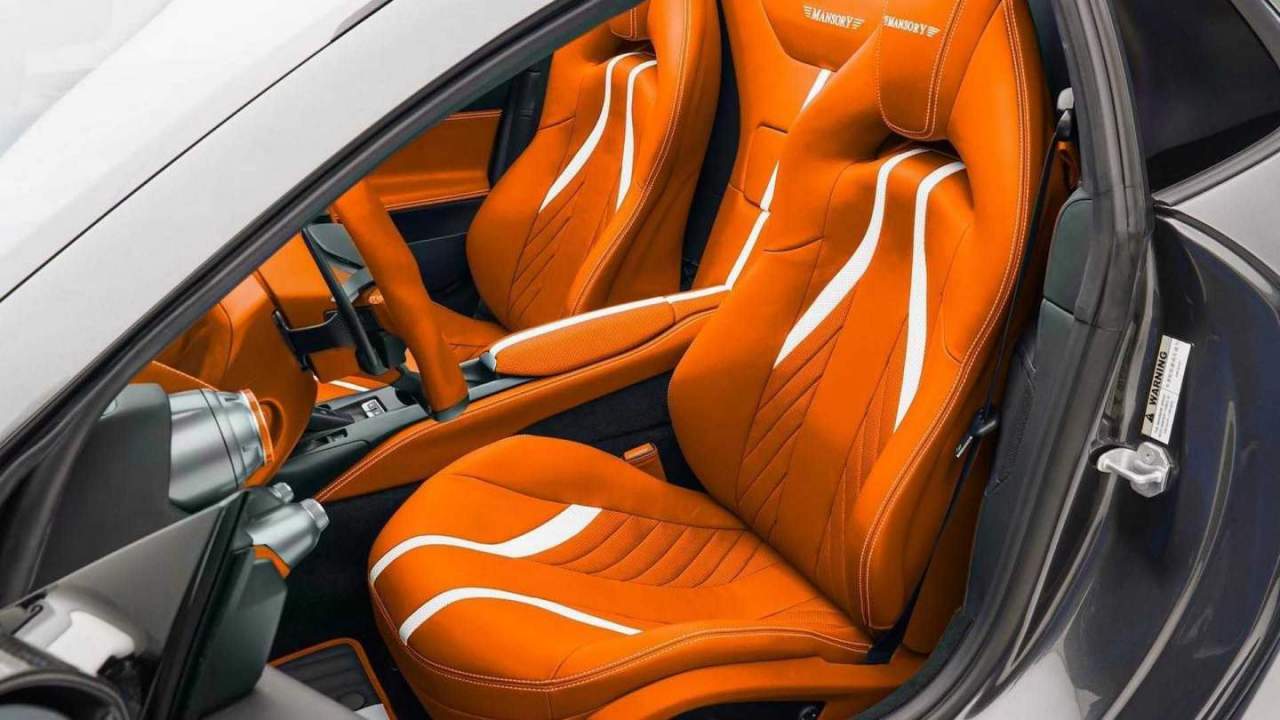 With 830 horses on tap, the Mansory Stallone GTS rushes from zero to 60 MPH in 2.8-seconds and has a 214 MPH top speed. Other goodies include ultra-light forged wheels (21-inch front and 22-inches rear) wrapped in ultra-performance rubber, as well as a tuned quad-exhaust system. 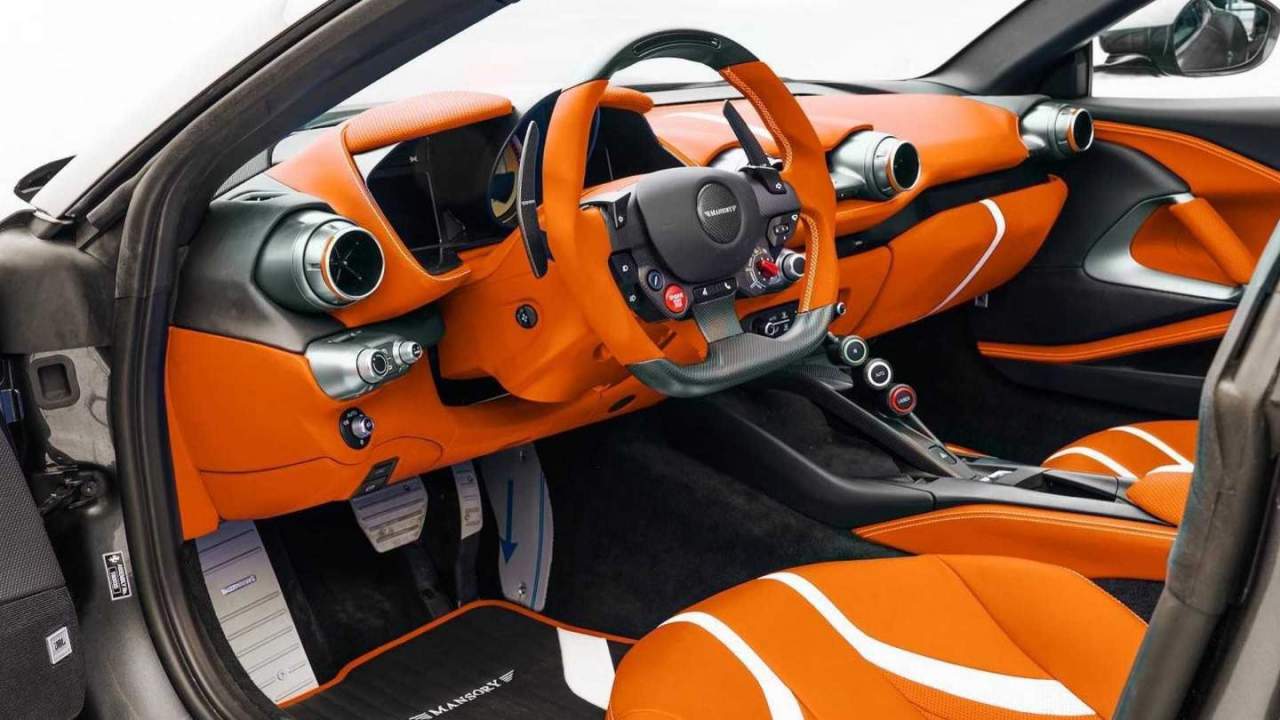 Meanwhile, the orange crush interior has white accents, carbon-fiber trimmings, and aluminum pedals. As with most Mansory creations, the MSRP remains a mystery, but expect to pay around $500k given a stock Ferarri 812 GTS starts at about $365,000. If you like a proper coupe, check out the Mansory F8XX, an extreme version of the Ferrari F8 Tributo with the same 830-horsepower 6.5-liter V12 engine.