Ferrari has dragged the silk from its latest supercar, the Ferrari 812 Superfast, and as the name suggests this isn’t a slow beast. Mustering a heady 789 HP, it’s the fastest and most powerful Ferrari yet, in fact, sitting atop a tree of very covetable cars. Under the hood there’s a brand new 12-cylinder engine.

Admittedly, you need to discount Ferrari’s rear-engined special limited-series 12-cylinder cars in order for the 812 Superfast to hold its title. Since so few of them were made, though, we won’t begrudge Ferrari the hyperbole. Better, in fact, to focus on what makes the new car so special. 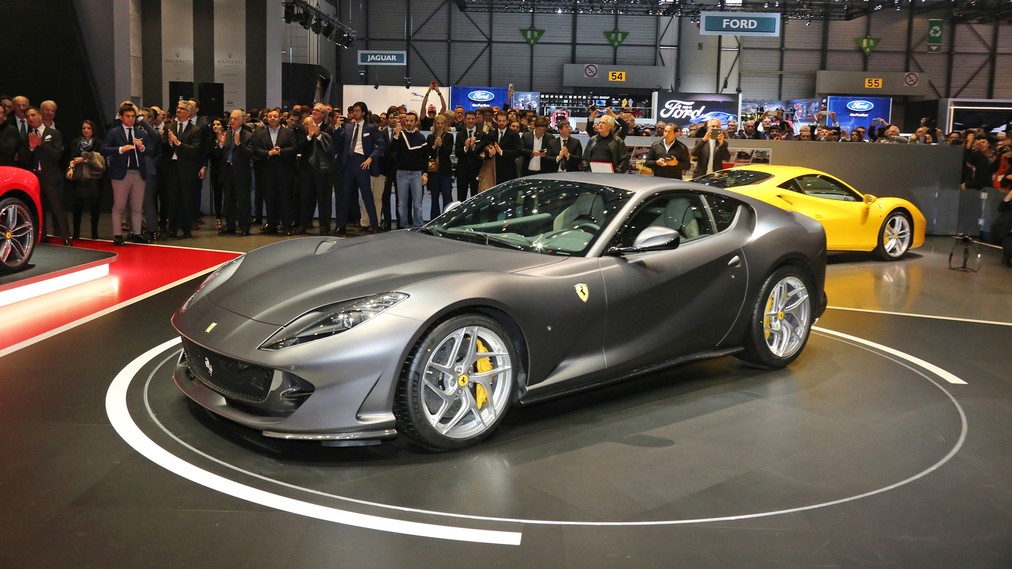 For a start it’s the power increase over its predecessors. The 812 Superfast has 59 HP more than the F12berlinetta – hardly a slouch itself – and shares its perfect weight balance. Engine size has increased over that car, too, now rising to 6.5-liters from 6.2-liters. That required more airflow so as to maximize combustion efficiency, which meant a rethink of the intake system.

All that power is for naught if the 812 Superfast was slab-sided, so there’s plenty of aero work done too. A variety of parts hinge and rotate depending on airflow and speed, some mechanically-activated while others are shifted by the air itself. Alongside the engine and brake cooling intakes there’s a tuning vane on the front bumper; that, Ferrari says, helps channel the flow of air so that it hugs the flanks of the car.

The end result is a smaller width to the 812 Superfast’s wake, and less drag. A rear spoiler adds to the rear downforce, along with three pairs of curved dams on the underbody. Altogether, 0-62 mph comes in 2.9 seconds. However, there’s one decision that might have some purists scratching their heads. 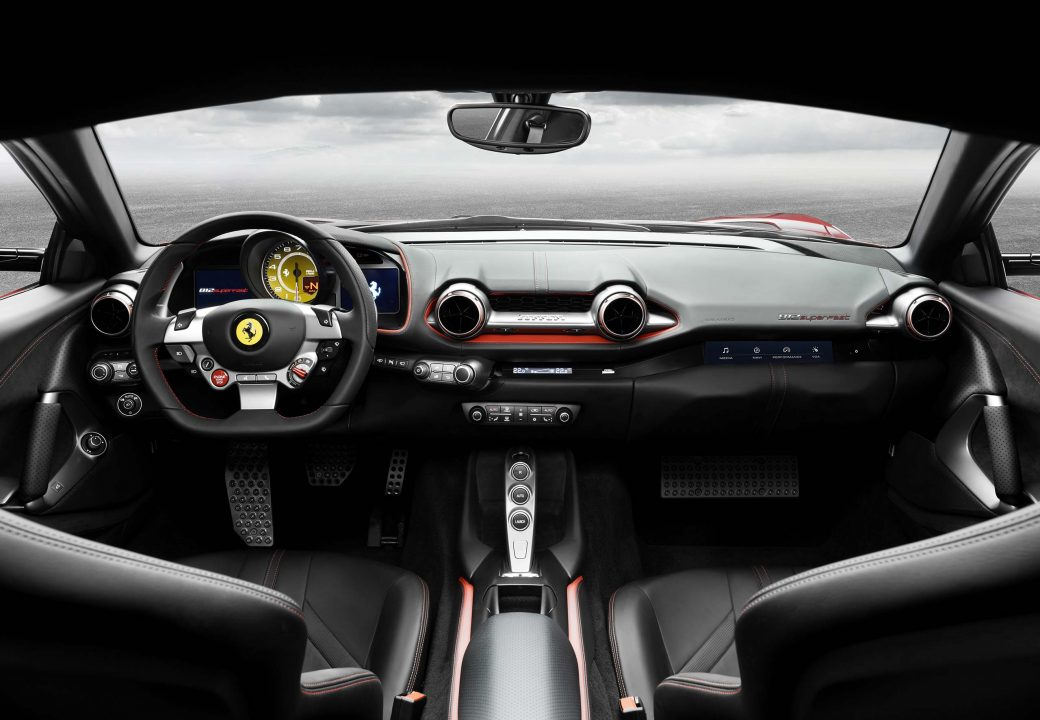 The 812 Superfast is the first Ferrari to use electric power steering. That’s for good reason, though: it’s allowed the automaker to integrate its response into the rest of the vehicle dynamic controls. It’s not the only clever tech: the new Virtual Short Wheelbase 2.0 system mixes the electric front wheel steering assistance with rear-wheel steering, to tighten up the car’s cornering agility and response times.

Elsewhere, Ferrari has focused on keeping the driver aware of the car’s limits by using the electric power steering. Torque through the wheel, for instance, can give a physical indication of when the coupe is getting close to the limits of its grip. Similarly, torque can also give feedback for realigning the car should oversteer happen coming out of a corner under power.

The 812 Superfast’s wheels are shod in Michelin and Pirelli 275/315 front and rear. Stopping is courtesy of Brembo Extreme Design brakes – as were fitted to the LaFerrari – and help cut the brake distance from 62 mph by 5.8-percent compared to the F12berlinetta. Inside the car, a whole new cabin design uses a variety of void spaces and stacked planes to give it an almost spartan, race-car feel. The seats have perforated leather trim, and echo that cutaway design. As for the steering wheel, that has the usual shortcut controls, including the drive mode dial. 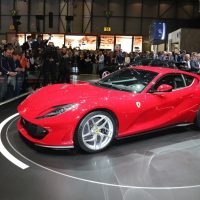 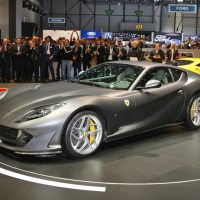 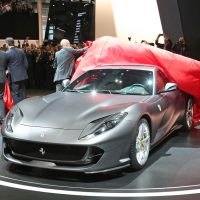 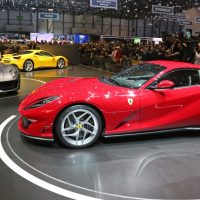 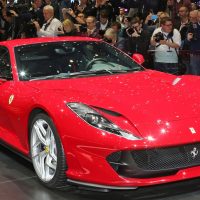 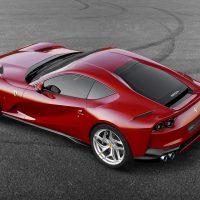 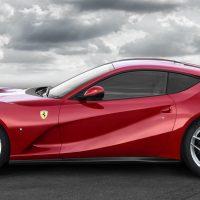 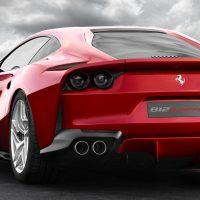 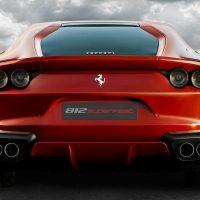 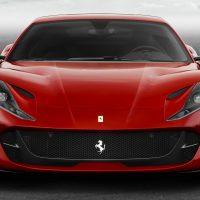 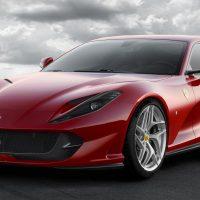 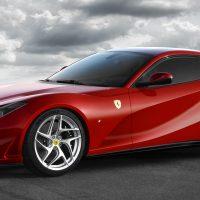 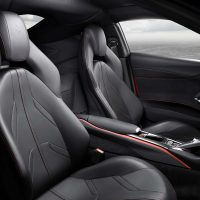 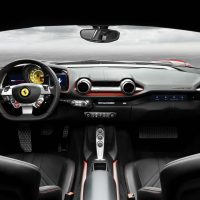