German tuning house Mansory is in a groove. It not only gave the Lamborghini Aventador SVJ and Ford GT a cosmetic and performance makeover, but it’s now made its own version of the Ferrari 812 Superfast GTS. Affectionately called the Stallone GTS, this Daytona Gray supercar with blue accents gets a modified V12 engine pumping out 830 horsepower.

The Stallone GTS is a “Spider for the highest demands of open-top driving,” said Mansory, and is created using the “very finest ingredients of automotive refinement.” As expected, carbon-fiber is a big part of the conversion and is present throughout the Stallone GTS’ racy body style. 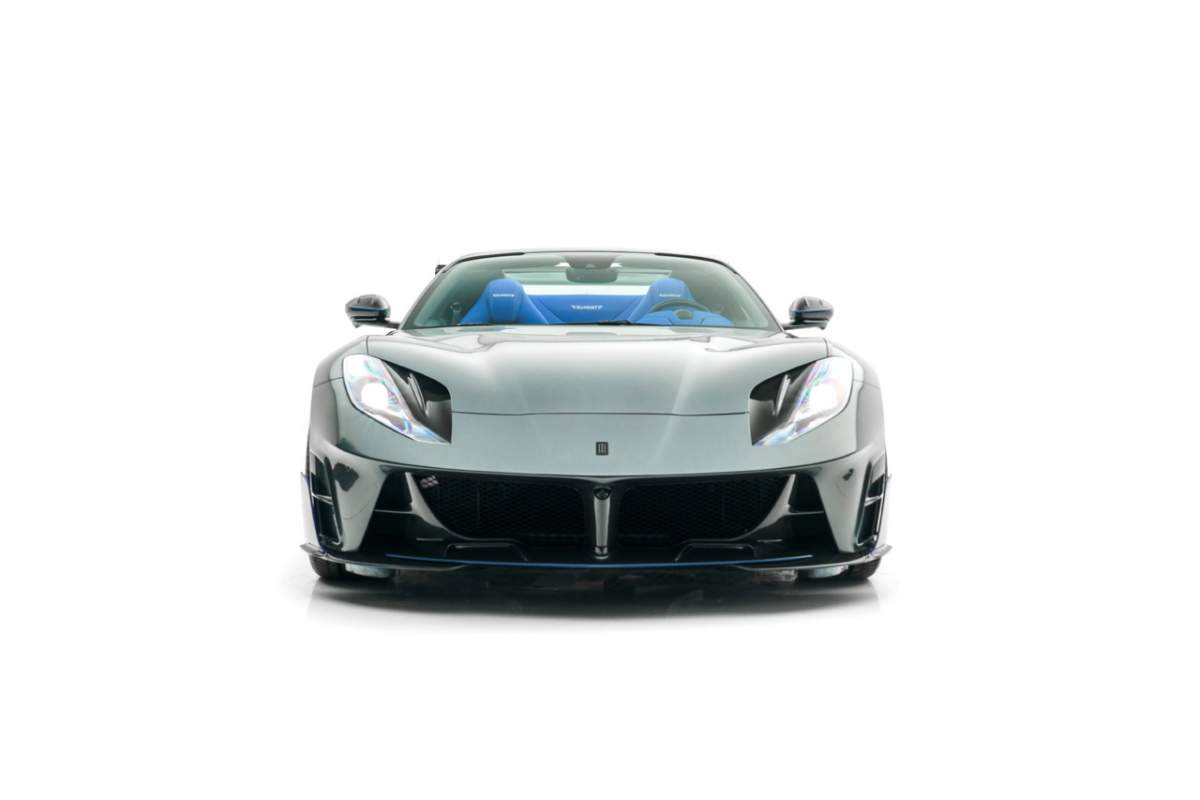 It has a rather tasteful body kit with a distinctive front bumper, side skirts, a new rear diffuser, and a giant rear spoiler. The Stallone GTS also has functional air vents on the front fender and aerodynamically-optimized wing mirrors. Of course, it retains the retractable hardtop of a regular Ferrari 812 GTS and raises and lowers the roof in around 14 seconds at speeds up to 28 mph. 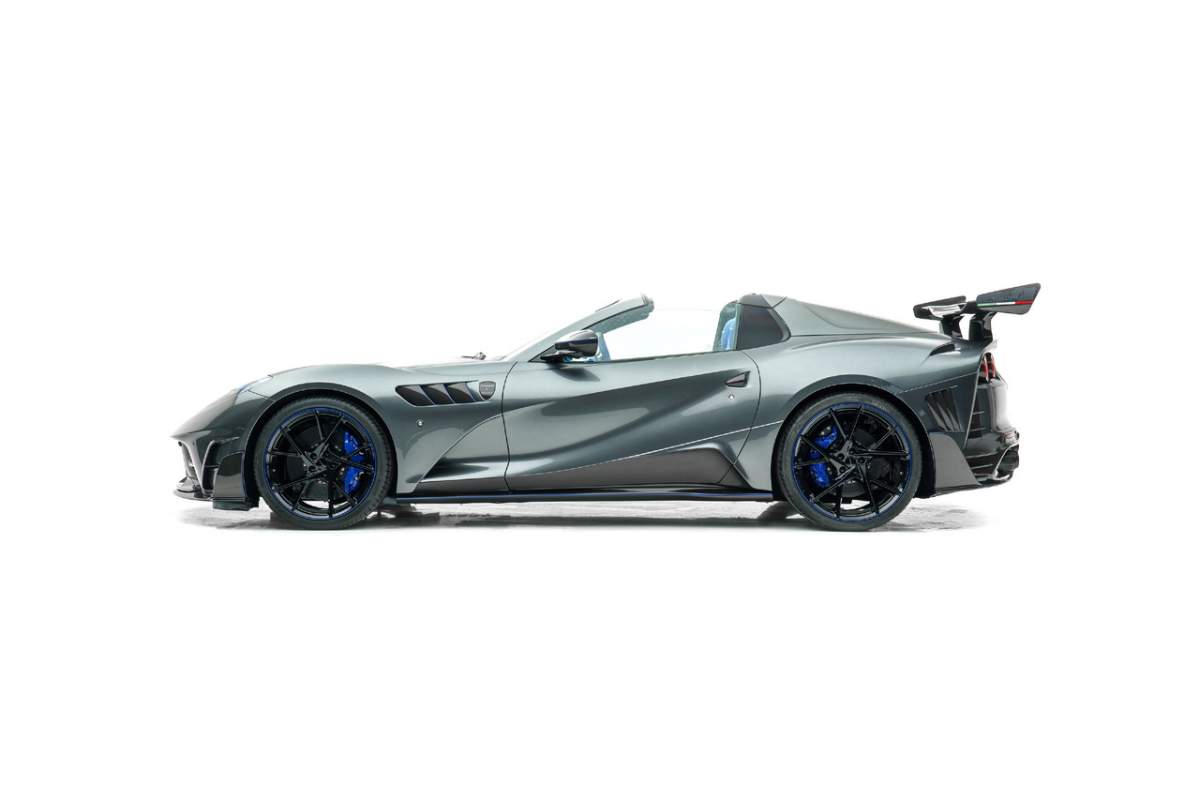 Under the hood is a tuned 6.5-liter V12 engine producing 830 horsepower and 546 pound-feet of torque. Power goes exclusively to the rear wheels via a slick seven-speed dual-clutch automatic gearbox. The Mansory Stallone GTS is pumping out 41 more horses than a standard 812 Superfast and 812 GTS by optimizing the engine electronics. And with a “powerful-sounding” sports exhaust system, it’ll sound more aggressive, as well. 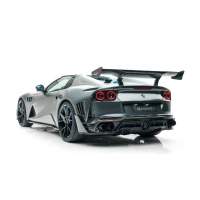 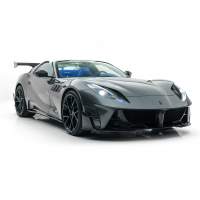 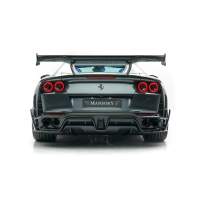 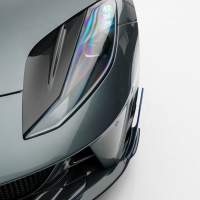 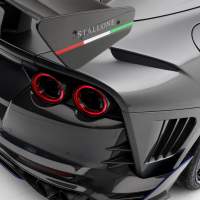 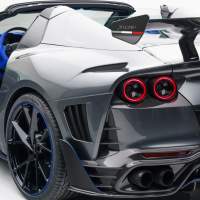 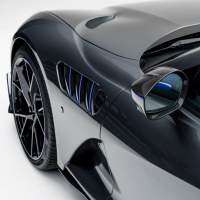 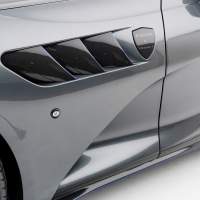 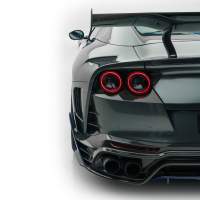 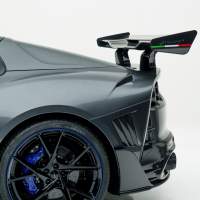 Other upgrades include one-piece, ultra-light YN.5 forged wheels in staggered sizes for the front (9.5 x 21) and rear (12 x 22), wrapped in ultra-wide high-performance tires. Inside, Stallone GTS has a new sports steering wheel with aluminum paddle shifters and a luscious blue leather interior with white and carbon-fiber accents. Additionally, it also gets illuminated door sill panels and exclusive Mansory embroidered logos on the seats. 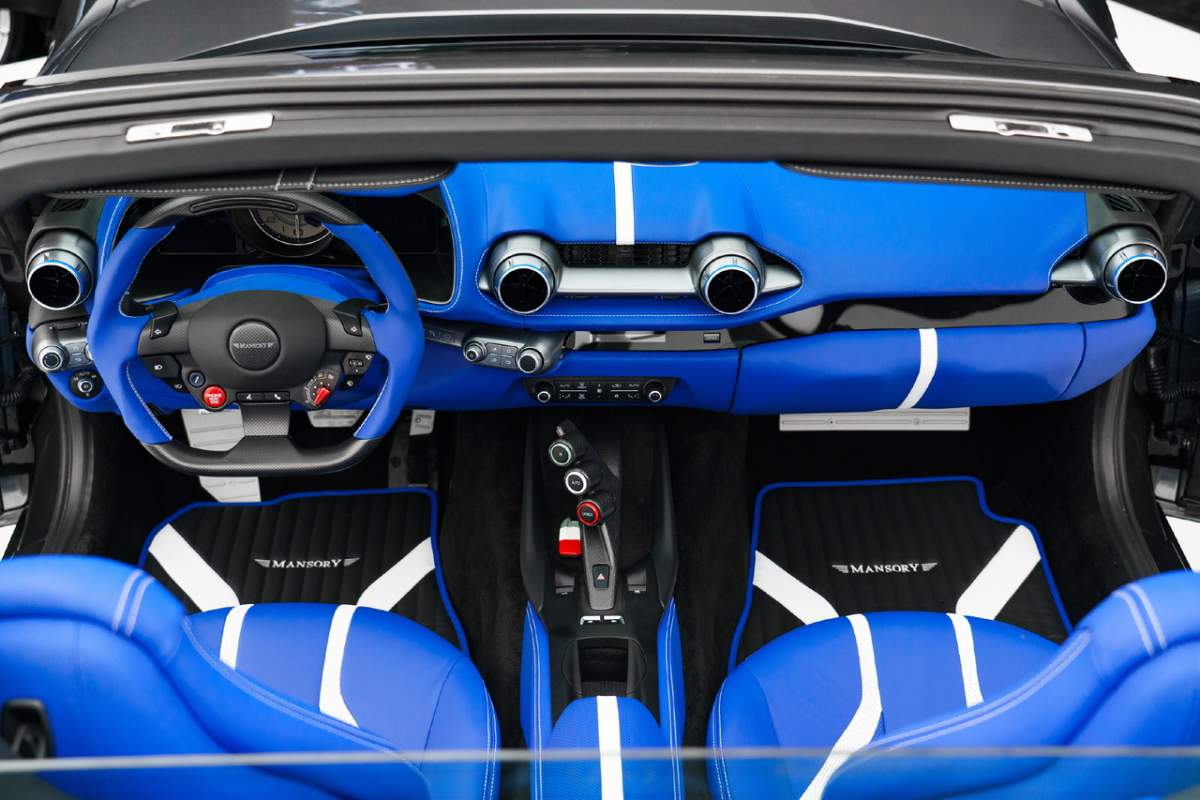 As expected, the Mansory Stallone GTS is an agile performer, although the performance numbers are at par with a standard Ferrari 812 GTS. We find this surprising given the modest engine upgrades. But still, it rushes from zero to 60 mph in 2.8-seconds and a top speed of 214 mph. There is no word yet on how much it costs, but we assume it’ll breach upwards of $500,000 given a stock Ferrari 812 GTS starts at around $364,000.