Mansory Cabrera is a hopped up Lamborghini Aventador SVJ

The Mansory Cabrera conversion includes a body kit that replaces bodywork on the outside of the car and makes the SVJ 1.6-inches wider. The body kit is made from carbon fiber and gets special paint in a color called Vento Verde. The carbon fiber body kit isn’t all buyers get.

The Cabrera is a complete vehicle conversion that also includes newly developed LED front headlights. The engine is tweaked to produce 810 PS and 780 Nm of torque. That works out to 810 horsepower and 575 pound-feet of torque. The extra power and torque boosts performance with a 0-62 mph time of only 2.6 seconds and a top speed of near 220 mph. 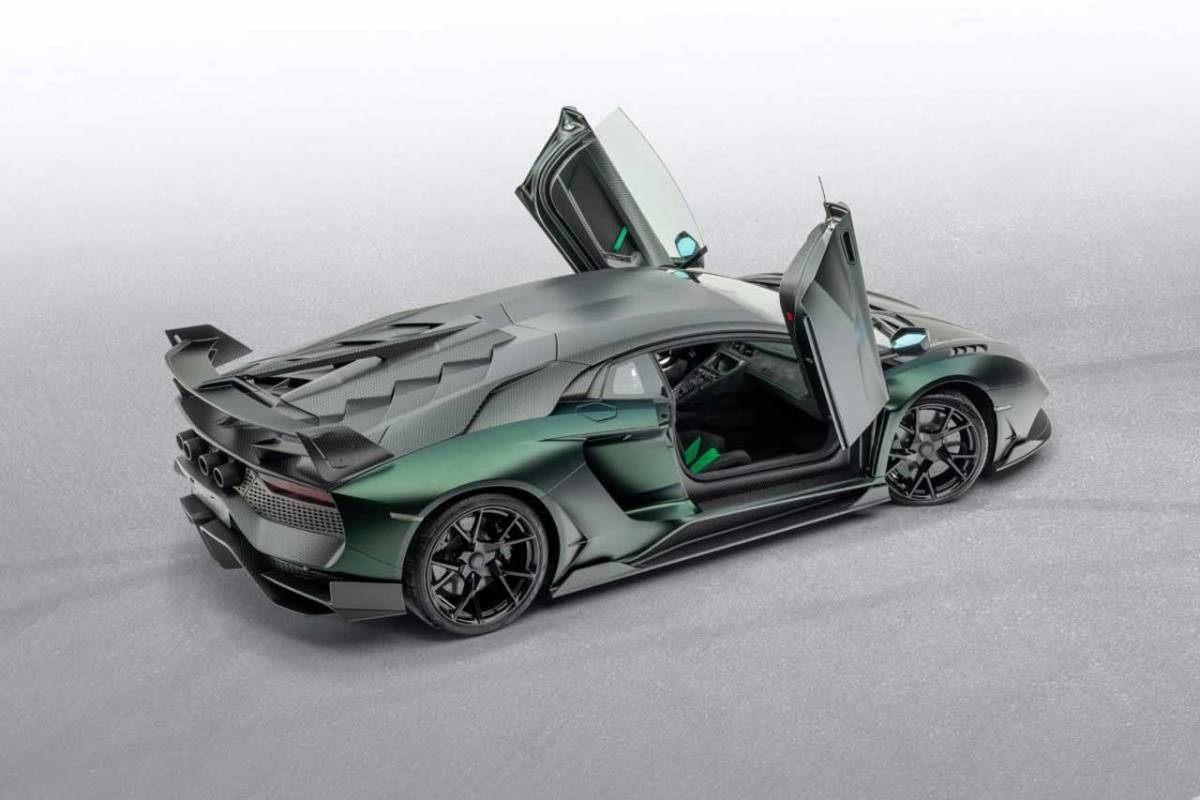 Mansory says that the completely revised carbon fiber bodywork is meant to reference the shape of a stealth aircraft while giving the car an attack-conscious look. The bodywork also improves cooling with air inlets on the front apron to optimize airflow to the radiator. Downforce is also increased thanks to the design of the front of the car for better grip. 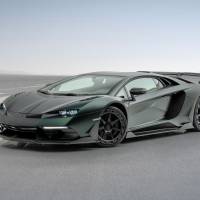 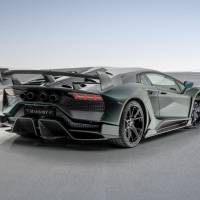 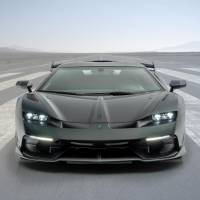 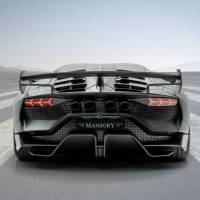 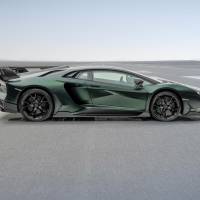 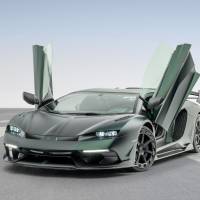 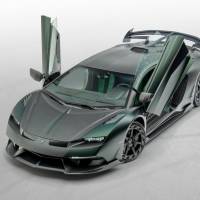 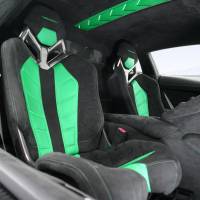 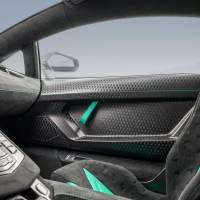 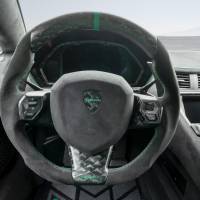 Also improving aerodynamics are side skirts and a larger rear wing. A new four-pipe exhaust system improves sound levels, and the car rolls on new forged light-alloy wheels along with performance tires. Inside the car, everything is reworked with “almost not a single component” untouched with the same green color used inside.