Meet the Le Mansory, a Ford GT with 700HP

You’re looking at the Le Mansory Ford GT. It’s the German tuner’s interpretation of the Ford GT supercar. As expected from Mansory, the vehicle is equipped with a plethora of go-fast body components and a handsome power upgrade.

For starters, a stock Ford GT Liquid Carbon has 660 horsepower from its twin-turbocharged 3.5-liter EcoBoost V6 engine. It has 13 more horsepower than a standard Ford GT, but Mansory is taking it up a notch in the Le Mansory. Created to celebrate Mansory’s 30th anniversary, it has a retuned 3.5-liter V6 producing 700 horsepower and 619 pound-feet of torque. If you’re keeping count, the Le Mansory has 53 more horsepower and 69 more torques over a bone-stock Ford GT. 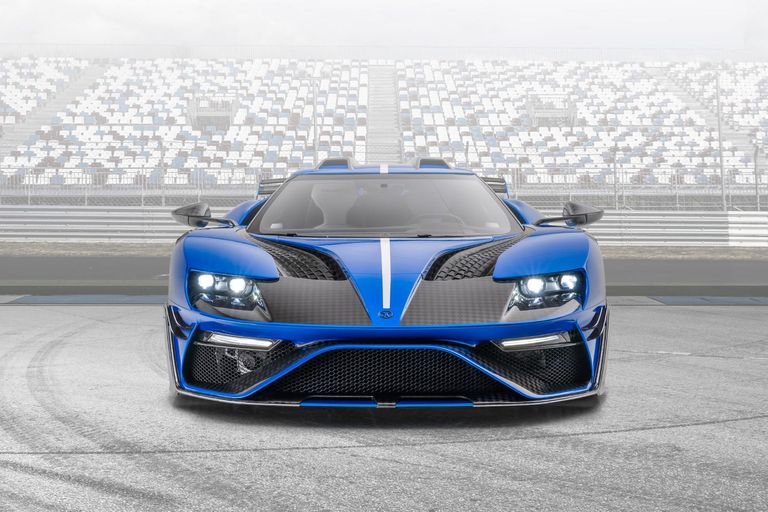 Mansory has yet to reveal the performance numbers, but the tuner is quoting a higher top speed of 220 mph, which is 4 mph faster than stock. The supercar also has lighter forged alloy wheels wrapped in Continental SportContact 6 ultra-high-performance tires. 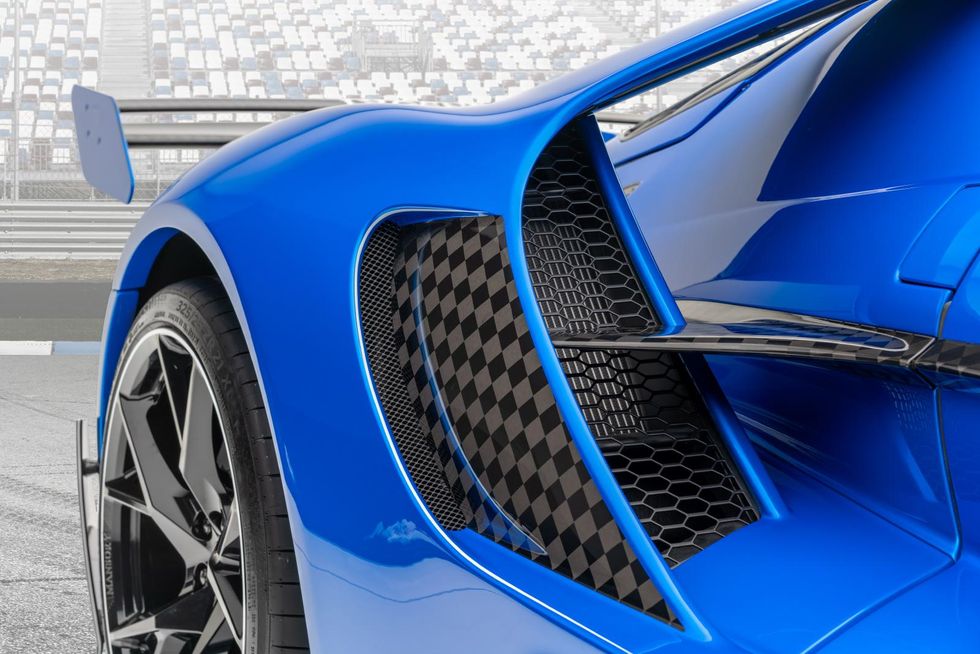 Of course, no Mansory conversion is complete without a set of carbon-fiber body panels, particularly around the headlights. In fact, Le Mansory benefits from a full carbon-fiber body. The vehicle also receives a new set of LED headlights with four individual lighting elements. Meanwhile, racing elements include dual roof scoops, three center-mounted exhaust tips, aggressive side skirts, and a gargantuan rear wing. 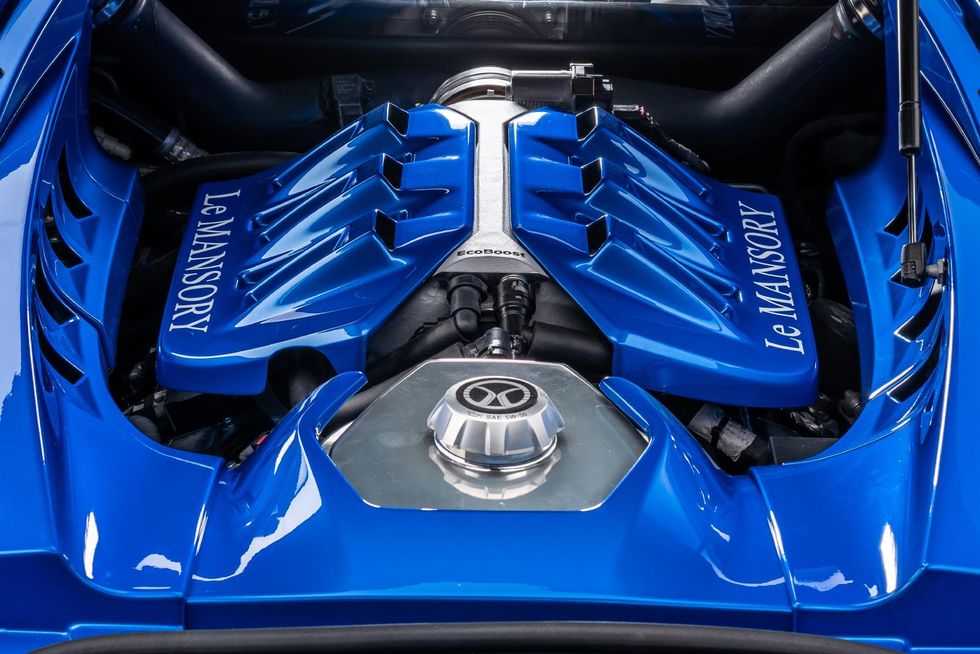 The cabin is given the full Mansory treatment with blue accents, two-tone seats, and a generous sprinkling of Alcantara. You also get a plethora of Mansory badging and some blue accents on the engine bay. It seems every nook and cranny is improved, modified, or covered in premium materials to create a one-of-a-kind Mansory supercar. 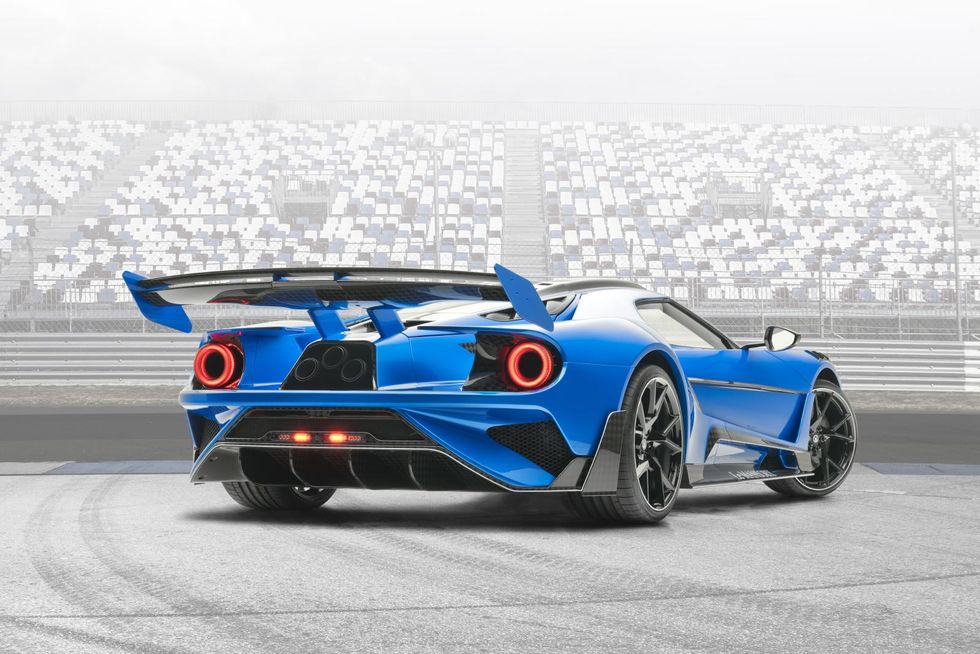 But here’s the most exciting part: Mansory is only making three examples of the Le Mansory Ford GT, making it one of the most exclusive and rarest supercars this side of the universe. Mansory has yet to divulge pricing, but we reckon it’ll cost a lot since a stock 2020 Ford GT starts at around $500,000. If you’re really interested, better act quickly and give Mansory a ring.