The Lagonda All-Terrain Concept is not your typical luxury SUV. Taking aim at a category which has exploded with ultra-expensive, super-powerful, and conspicuously luxurious options in the past few years, the Aston Martin sub-brand’s new concept SUV for the Geneva Motor Show 2019 manages to still stand out from the crowd.

It comes a year after the striking Lagonda Vision Concept, which made its debut in Geneva in 2018. That served to give Lagonda its grand reveal as the luxury, zero-emission arm of Aston Martin, focusing on how new technology and a clean-slate approach to what it means to be pampered might find its way to the road. 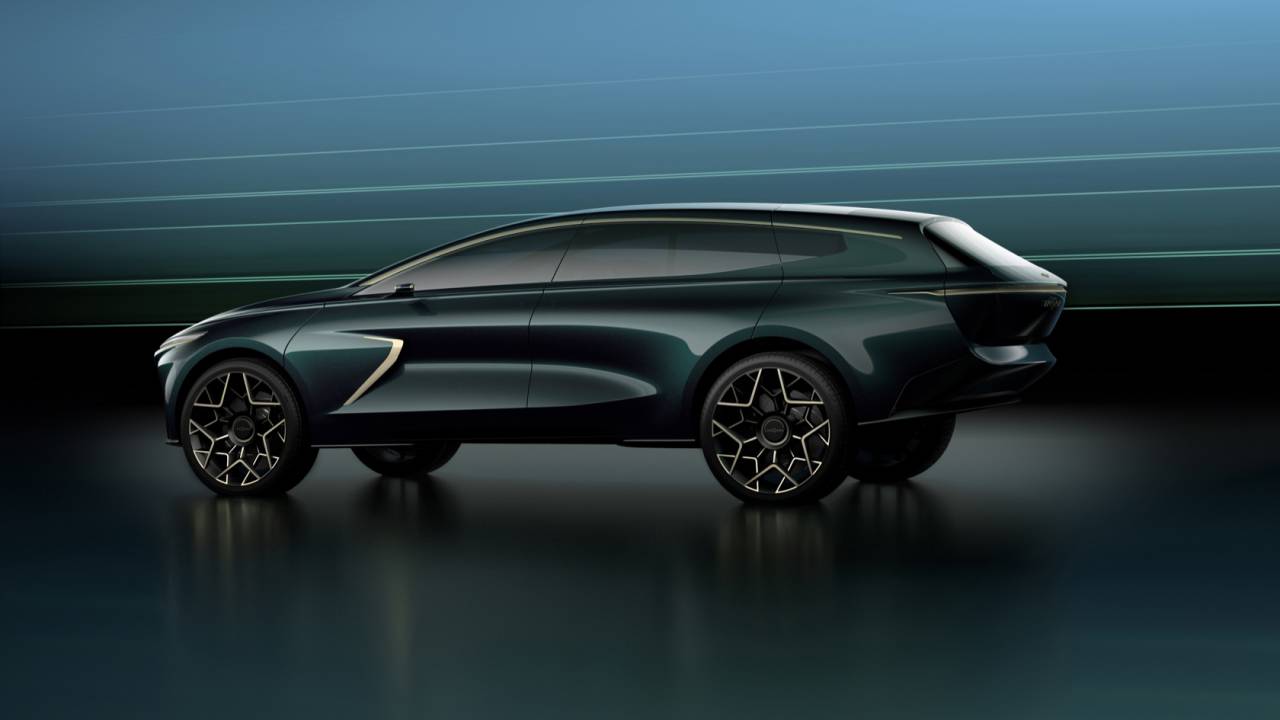 The Lagonda Vision Concept was a high-tech EV limousine for the 21st century, but the All-Terrain Concept is actually a much more illustrative example of what the automaker plans to actually do. Indeed, Lagonda’s first production vehicle is expected to be more in line with this SUV, though it won’t begin manufacturing until 2022. While that car won’t be exactly like this concept, Lagonda describes the “near future study” as a preview of that production car.

Lagonda likes its non-automotive inspiration, so just as the Vision Concept sedan borrowed from Concorde, so the All-Terrain Concept taps ideas from the world of super yachts. Certainly it’s a bigger, more imposing car, though some of the themes of 2018 have been pulled forward again. The rear-hinged back doors, for instance, accompanied by a upward-pivoting section of the roof, make for an easy – and certainly dramatic – entrance and exit. 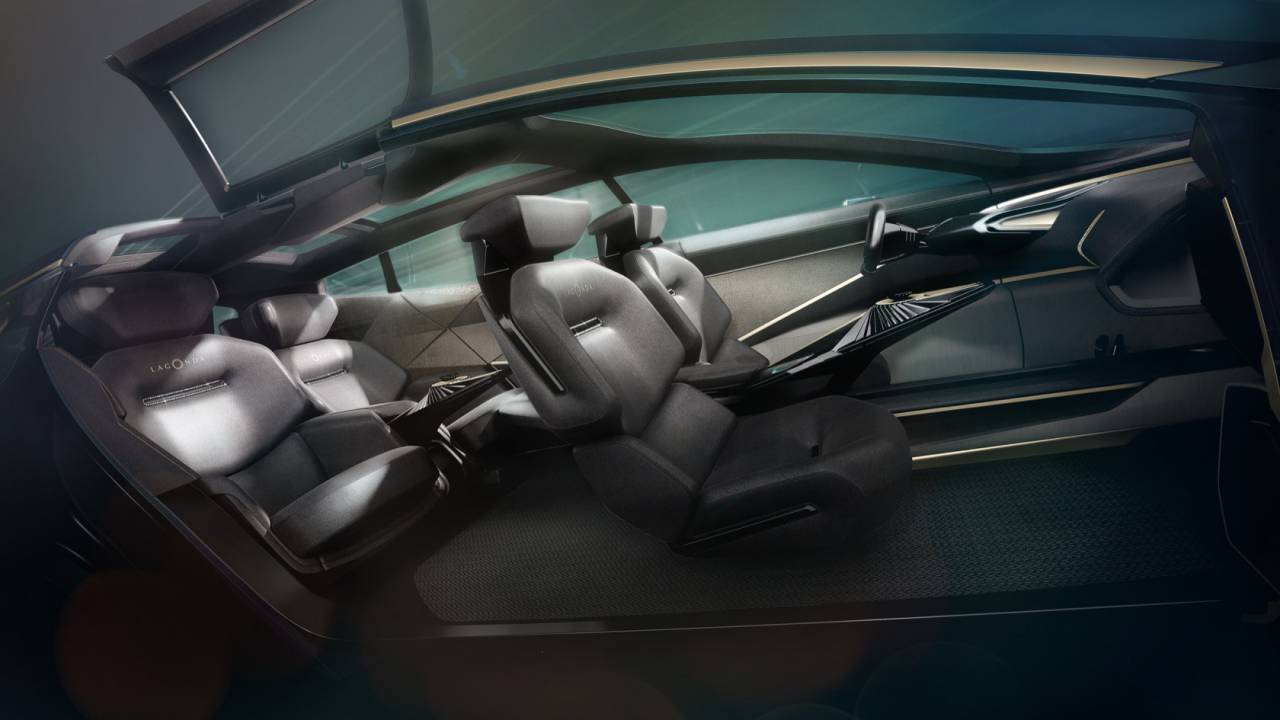 In fact the whole car is fairly dramatic. At first glance almost more of a station wagon silhouette than what we’d typically associated with an SUV, the lengthy overhangs show where the designers have pushed the cabin to its limits so as to maximize interior space.

The surfacing, Lagonda’s designers suggest, has the look of something “created by the huge, planetary forces of gravity fields.” Big words, but this is a big SUV with proportions that follow on from electrification’s liberating platform. Those rear-hinged doors are only possible because the floor – where the batteries are – is so stiff; the four seats inside have space to rotate into a cosy conclave when the driver isn’t at the helm. 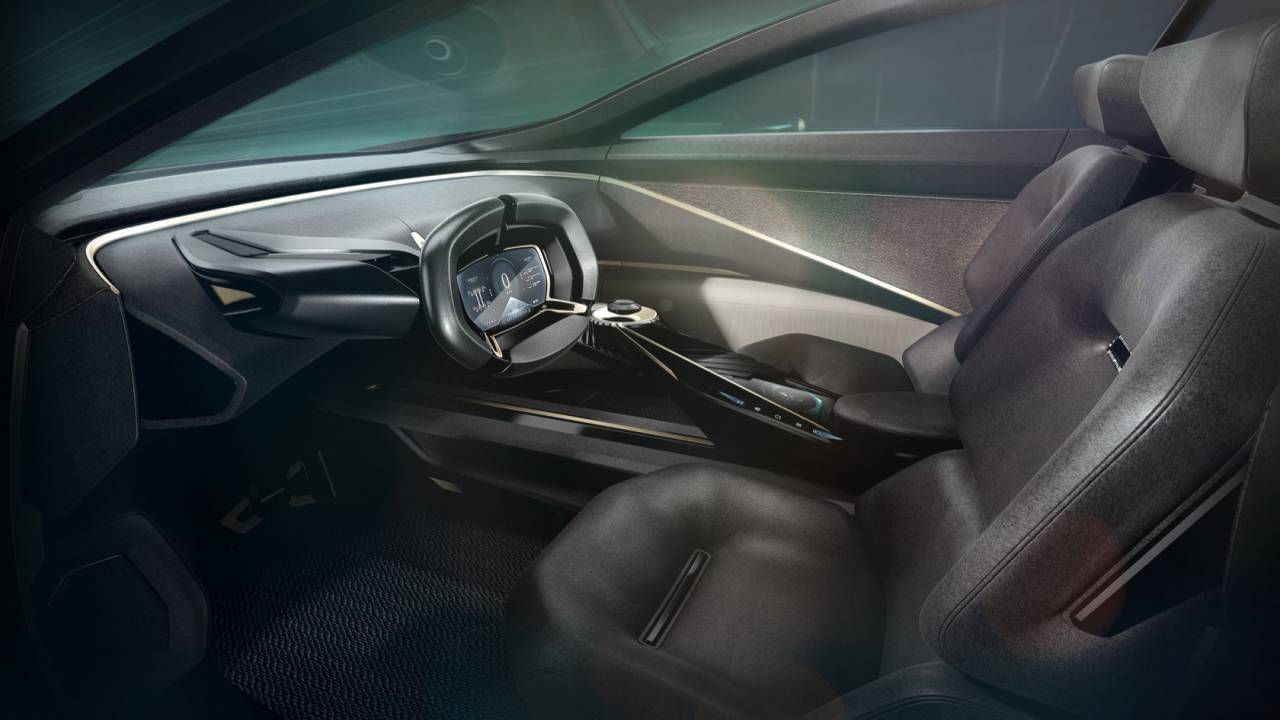 It’s the detailing which makes the car, though. The long, wide rear hatch reveals a slide-out floor shelf which motors out for an impromptu perch, hardly unusual in the segment; new, though, is the way that the LEDs of the SUV-spanning light strip are hidden away and angled down, their illumination reflected out evenly for a more ethereal glow.

The palette of luxury isn’t especially surprising in most high-end cars: leather, wood, and metal. Lagonda wants to upend that status-quo, and so the All-Terrain Concept embraces the sort of materials you’d typically find in architect-designed homes. Cashmere makes an appearance again, after having been used to great effect in the Vision Concept, but Lagonda’s overall theme is darker and “more nocturnal” the automaker says.

“Lagonda reflects a future that is full of unique materials that are not set in the past,” Marek Reichman, Aston Matin EVP and Chief Creative Officer, says of the marque. It also means plenty of glass, giving clear sight-lines not only around the car but up, too. 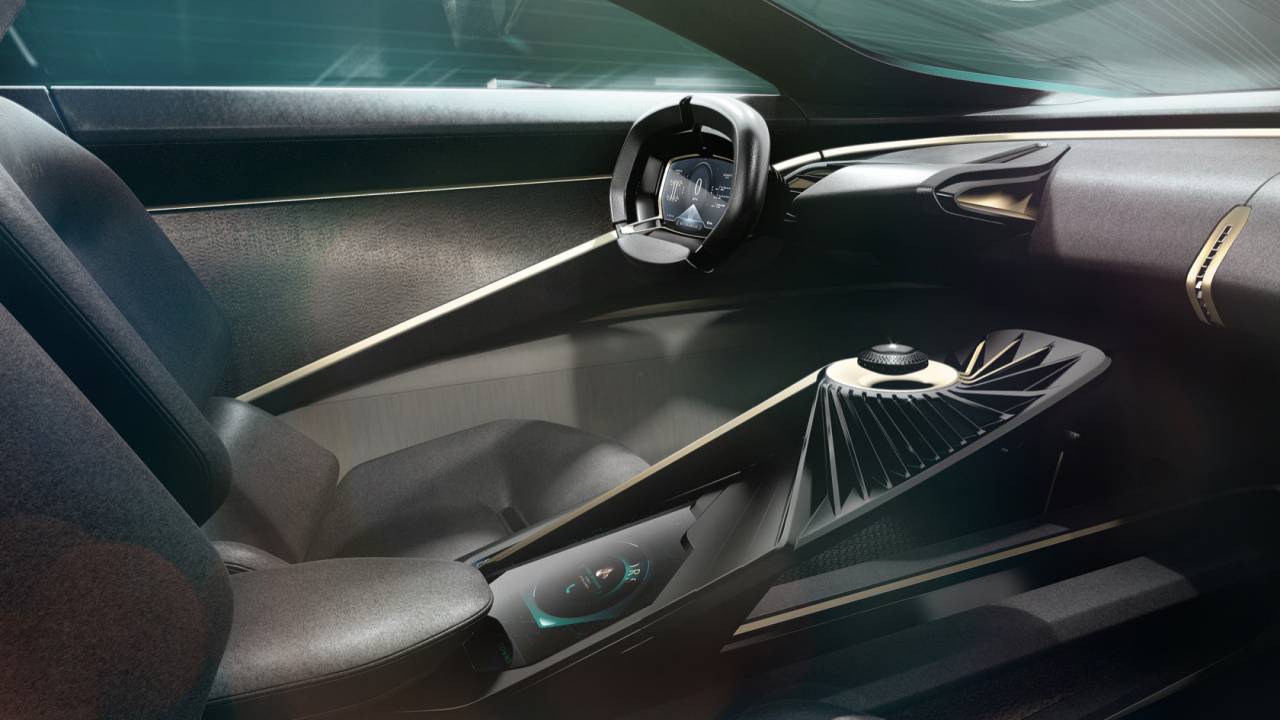 As for the technology, that swerves between the surreptitious and the ostentatious. The more mundane elements – air vents and speaker grilles – are hidden, leaving clear fascias and uninterrupted swathes of material. At the same time, though, there’s a nod to the high-tech. Lagonda has made the car’s key float, using electromagnets to suspend it between the front seats.

Beneath it all, the electron rules

Lagonda isn’t sharing much about the All-Terrain Concept’s drivetrain at this stage, beyond the fact that the SUV is fully electric. As with the design, though, the goal is a vehicle that’s not out of place whether on the road or out in the wild. It’s an ethos that actually lends itself well to EVs, where electric motors’ instantaneous torque can pay dividends when precise traction is a must. 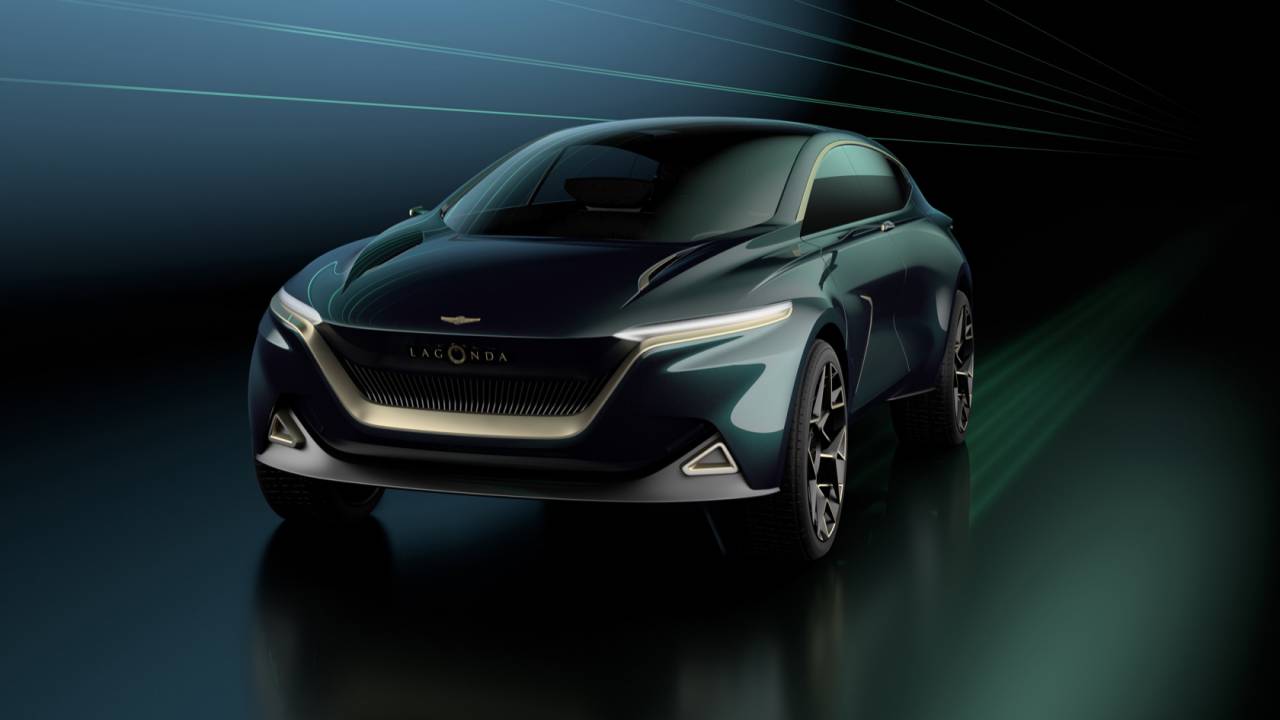 The eventual production model, meanwhile, will be produced at Aston Martin Lagonda’s new facility in St Athan, Wales. The plant is currently under construction, with the automaker converting a series of former UK Ministry of Defense hangars. First up, it’ll be responsible for building the Aston Martin DBX SUV.

For Lagonda, cars are just the start

You could well argue that re-establishing a brand only the most keyed-in car buyers will remember is challenge enough. Aston Martin, though, isn’t planning on stopping there. While Lagonda might be an automotive company now, that’s not to say its ambitions end there.

Indeed there could be opportunities in other methods of transportation, at least down the line. The official Aston Martin line is that Lagonda “is a luxury brand which, although currently operating in the automotive sphere, can go anywhere and do anything that is consistent with the values of the brand.” 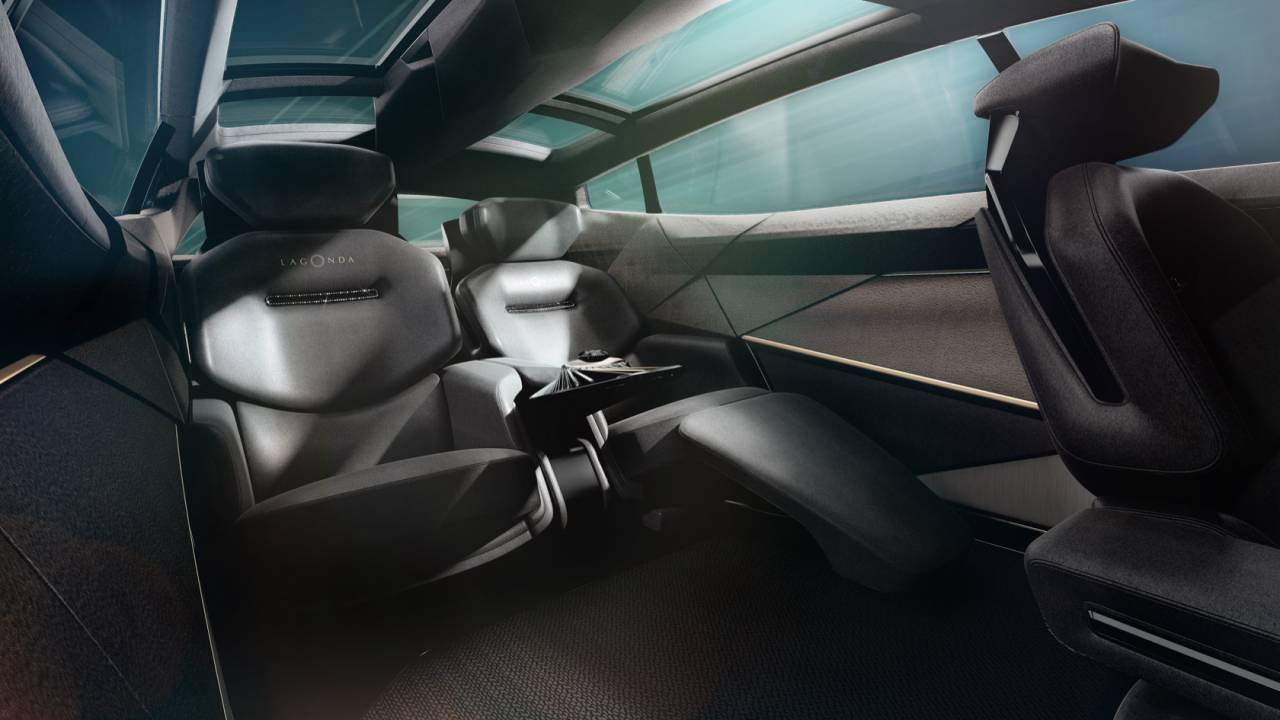 Although fairly nebulous a remit right now, it’s a strategy which Aston Martin does have a little track record in. The automaker does have a personal submarine in the works, after all, having partnered with underwater specialist Triton.

The proof is in the pudding

Aston Martin has big plans for Lagonda, though its not the only automaker with an aggressive roadmap in the luxury segment. As we’ve seen in the past 12-24 months, high-end SUVs are big business – and they’re attracting some big names. Though they may not – yet – be electrified, for the most part, vehicles like the Rolls-Royce Cullinan, Bentley Bentayga, and Lamborghini Urus suggest Lagonda will be playing catch-up. 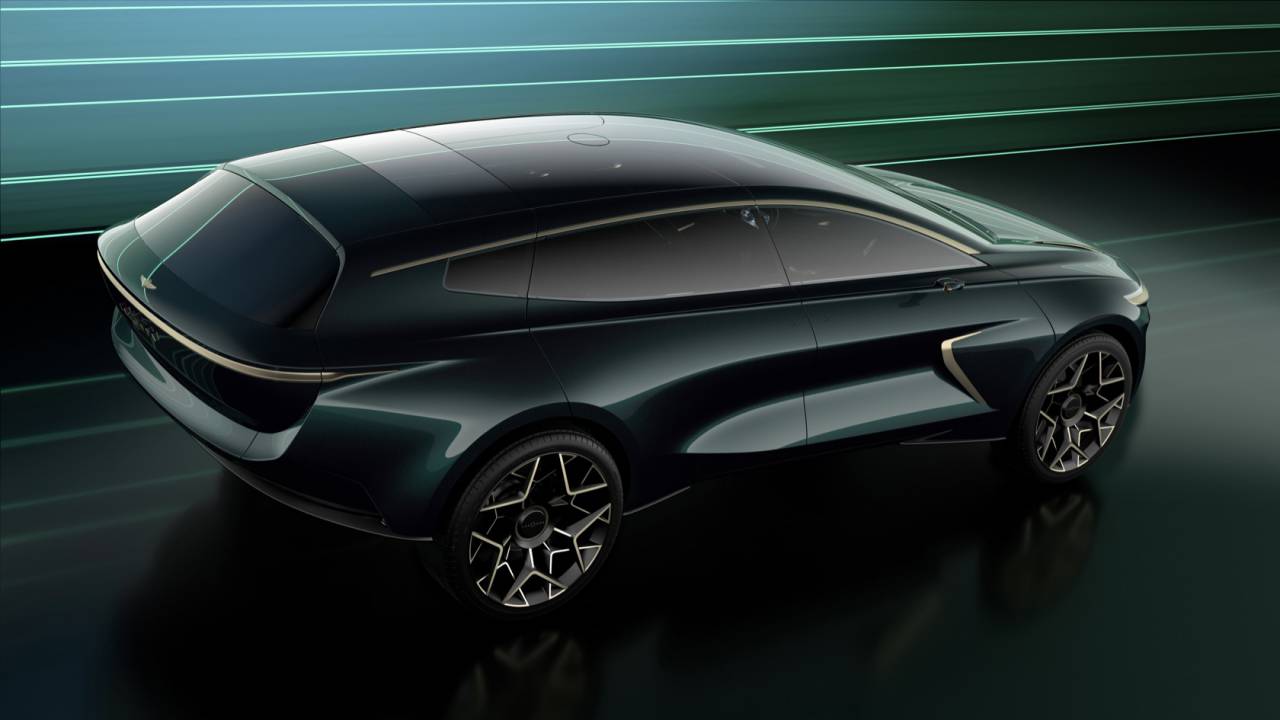 That doesn’t count the company out, but it does suggest that the challenges it faces could be considerable. All the same, Aston Martin can’t afford to sleep on electrification, and splitting out its main push there does allow it to flirt with new design and technology that drivers may not typically associate with it. That could well be good news in the grand scheme of unusual EVs.