iPhone 8’s best feature may be its shiny new backside

On the back of Apple’s next hero iPhone 8, it’s been reported that a new mixture of metal and glass will be in order. There, on the side of the phone most people mostly disregard, a technology that’s been in the making for nearly a decade may well create a new mobile device material paradigm. In the most-used piece of hardware in most modern adult’s lives, here on the iPhone’s backside it’s suspected Apple’s next greatest contribution to the future will be made.

I expect that the OLED iPhone will have a body whose inner-backside is made of a more traditional metal save a space at its center. That center space will be where the iPhone’s wireless charging coil will be placed. I expect that the back of this phone will be coated with metallic glass. That space for the coil will be one of the small areas in which there is no traditional metal between the coil and the outside world. 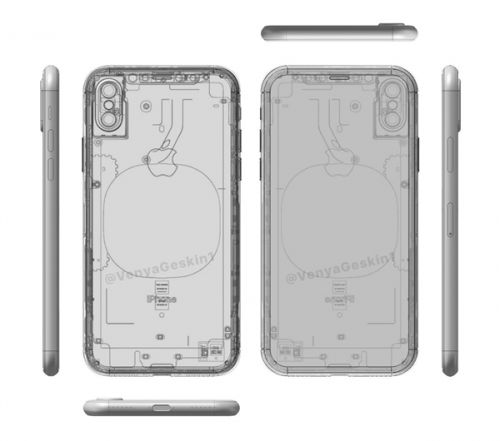 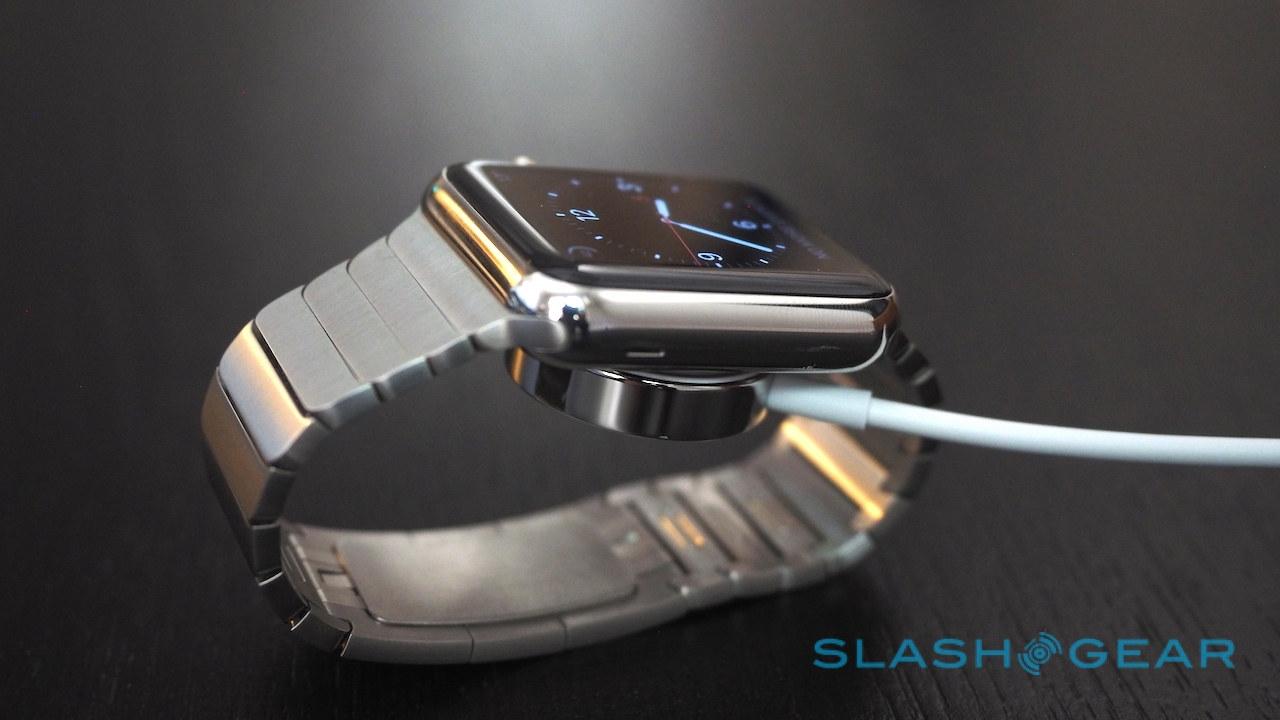 Back in July of 2015, Qualcomm revealed that they’d cracked the equation that allowed them to wirelessly charge through metal. Qualcomm’s breakthrough worked with the Rezence standard set by the Alliance for Wireless Power (A4WP) which later merged with the PMA to become AirFuel. When Apple joined the WPC this February, AirFuel made a statement akin to an armless, legless Black Knight from Monty Python and The Holy Grail (as seen below). 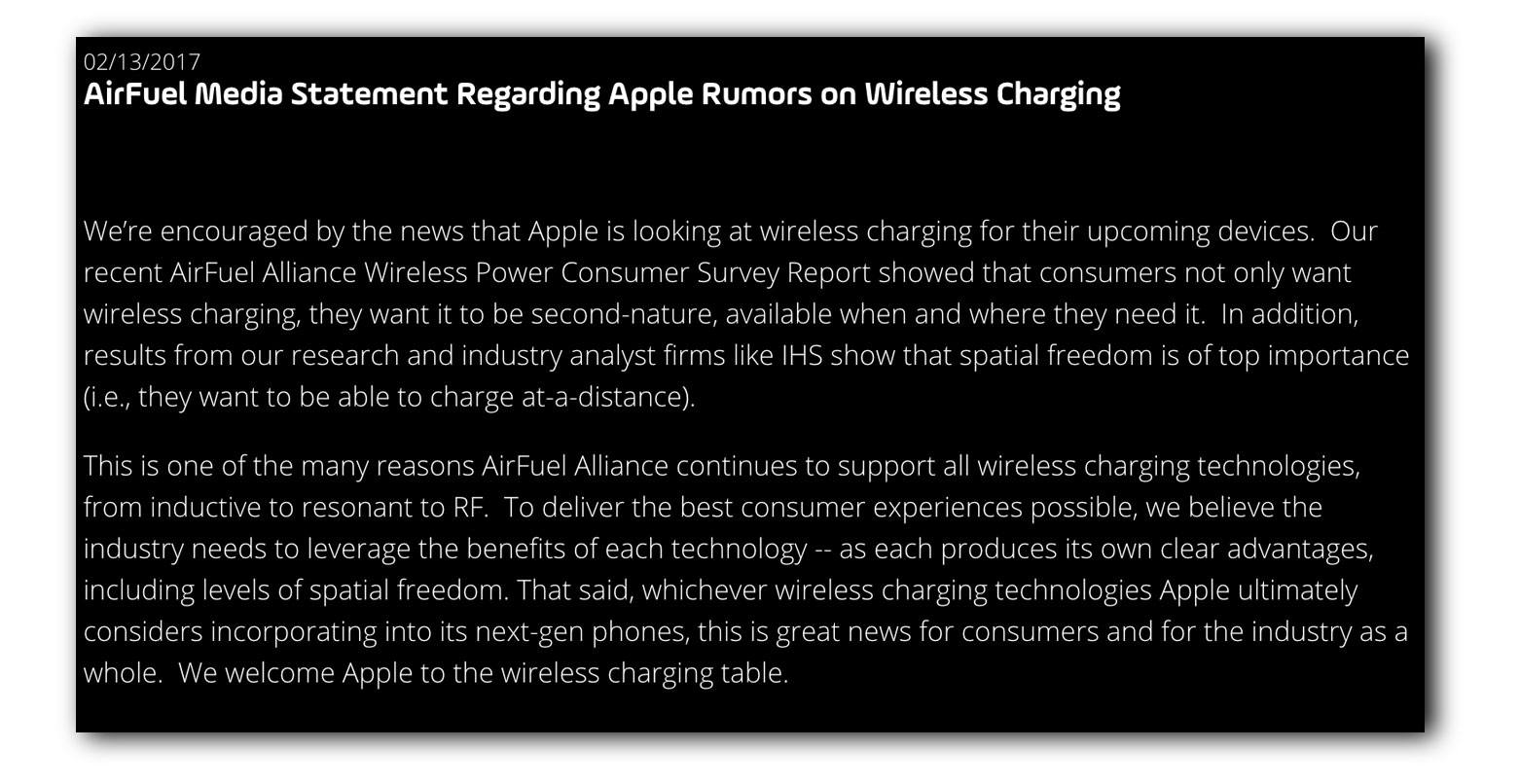 Apple isn’t using AirFuel’s standards, they’re using the vastly more popular Qi, which means they aren’t charging through metal. The Apple Watch uses Zirconia Ceramic on its backside to allow wireless charging. That’s also known as Zirconium dioxide, one of the several metals that are part of the Liquidmetal technology that Apple gained rights to back in 2010.

Liquidmetal is one of many different sorts of Metallic Glass. A USPTO patent posted on March 30th of 2017 showed how Apple could coat metal substrates with metallic glass. Included in this patent is a description which says “the coated metal or chemically altered metallic glass can have a greater hardness than the original metal or metallic glass substrate.”

Back in 2010 we discussed the potential for metallic glass (in the form of Liquidmetal) in Apple products. “It’s scratch, corrosion and grease proof, is as strong as titanium but uses a third of the material, and by adding precious metals different aesthetic or functional (such as for antenna use) results can be achieved.” 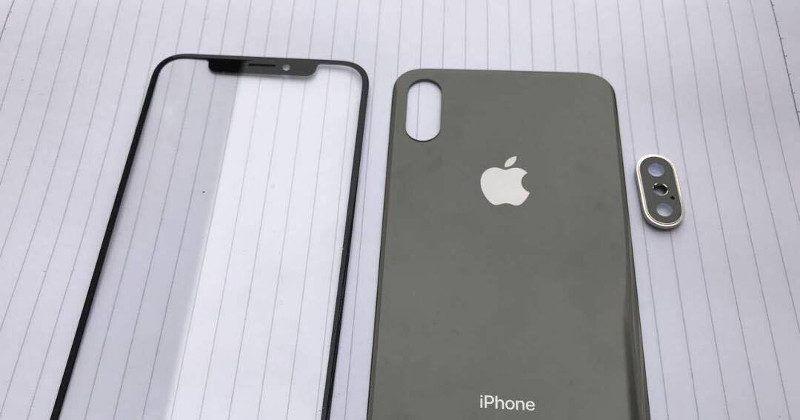 It looks like glass, feels like glass, and has all the positive qualities of glass – including allowing an antenna to be embedded within and wireless power to be conducted through. But this glass isn’t like any glass you’ve used before – this glass does not scratch, and it does not break – not very easily, anyway.

This is just one part of the grand conglomeration of elements that Apple’s near future contains. Whether it be called the iPhone 8 or some other futuristic-sounding name, it’s all coming. Stick around SlashGear’s Apple hub for more on the next generation in iPhone as it rolls out.