iPad Air vs Surface 2 vs Nexus 7: No Contest

The war is on for the most sought-after tablet on the market, and the differentiation between the front-runners appears now, more than ever, to be strikingly high. What we’ve got from Apple is the iPad Air, a new far-smaller iteration of the same Retina display as the 4th generation unit. From Google there’s the Nexus 7 (2013), a low-priced high-powered Android tablet manufactured by ASUS. Microsoft’s competitor in the Surface 2 and Surface Pro 2 works with Windows 8 and Windows 8 RT, making this battle a three-way fight between operating systems right off the bat.

The differences between these three machines are rather radical, but before we delve into what’s different, note that the following things are essentially the same on each of this machines: you can browse the web, you can download apps (with some notable apps like Netflix and Skype available on each machine), and you can take photos and video. That’s about where these machines stop being similar. 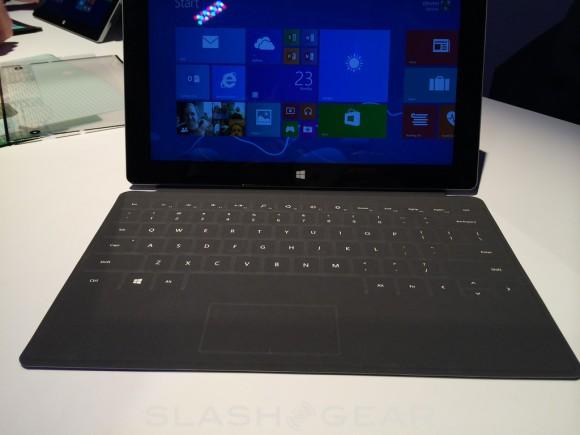 The processors on these three machines are going to be incredibly difficult to compare as they’re all working on different machines with different displays and on different operating systems. The closest amongst the pack are the Surface 2’s NVIDIA Tegra 4 SoC and the Qualcomm Snapdragon S4 Pro – you’ll find the performance on the two to be quite similar, in this case, as they’re both “mobile” processors – but again, there’s really no perfect way to judge them on two such different machines. 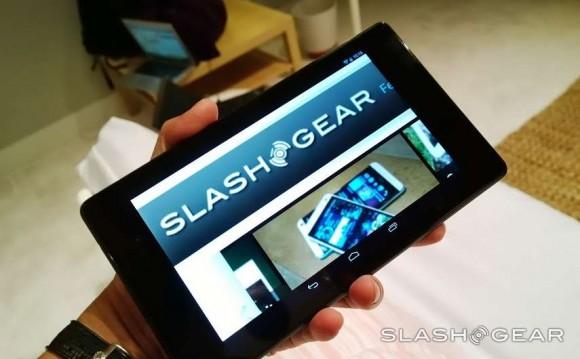 The same is true of the Apple A7 chip on the iPad Air – we’ll have to wait until the machine is actually in our hands to do any real testing. It’s likely the desktop-aimed Intel Core i5 (Haswell) dual-core processor on the Surface Pro 2 will do the best for down-and-dirty video processing and busywork, but if you’re not all about doing work, there’s little doubt the iPad will continue to present itself as the most optimized experience.

As for size – again, these are three very different machines, but the results are obvious: ASUS went for an optimized, inexpensive package while Microsoft went for an industrial look and Apple went for the everyman with a wow-factor aesthetic.

Pricing too has each device matched up with the aim of the device from the company – inexpensive, industrial (for work), and wow-factor. It should be noted that each of these devices stuck with the prices of their predecessors, each of them still moving forward with next-generation specifications anyway.

The above prices reflect the smallest possible internal storage and therefor the lowest pricing on each of these machines. Each either has or will soon have a larger internal storage space iteration on the market, and can therefor be priced up several hundred dollars higher where applicable.

When it comes down to software – beyond the couple of crossover apps that exist – there’s really no contest when you compare these three (or four) machines. The ecosystem that exists with the Windows RT universe is bleak – at the moment, anyway. Compared to the Surface Pro 2’s ability to work with full Windows 8, there’s really no reason to suggest that the Surface 2 is a better machine than any of the rest of these units unless you’re purchasing it for a web browsing machine.

The Surface 2 Pro works with most apps in the full Windows 8 universe. You’ll need to be dedicated to the idea that you do not want a notebook to want this device, especially if you’re used to working with a real (non-Surface) keyboard. The Surface Pro 2 also seems like it could have a good inroad to gaming, if that’s what you’re all about, but it’s not got access to the mobile-friendly worlds of iOS or Android (unless you’re talking about the non-built-in apps like Bluestacks), and it’s not got the graphics processing power to go all-out desktop-level gaming at all.

The Nexus 7 2013’s processor is perfectly fine, but you certainly do not have the same dedicated team of gamers behind it pushing optimized games – several a month, at least – like the team at NVIDIA. The Nexus 7 from 2012 works with an NVIDIA Tegra 3 quad-core processor, and still you’ll find NVIDIA pushing games with Tegra 3 optimizations to their NVIDIA TegraZone today.

And if having a chipmaker support a set of optimized games has you salivating, there’s really no comparing to having the makers of both the hardware and the software making an effort to push apps to your tablet. The iPad Air works with Apple’s app store, one that works with over 475,000 iPad-specific apps. Because the iPad Air works with the same display as its predecessor, the entire collection of tablet-optimized apps works with this device right out of the box. 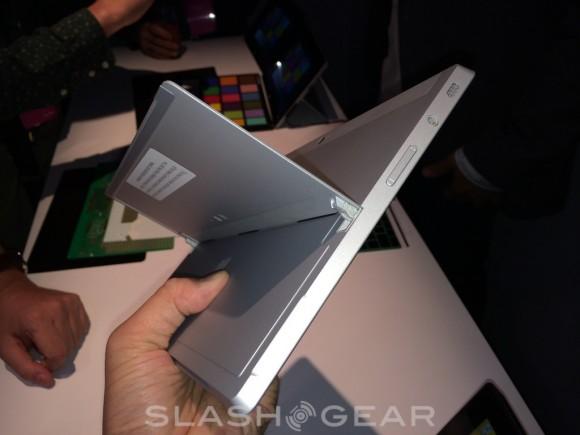 So what’s best in this collection of rather different machines? It’s not easy recommending Microsoft’s entries when they’ve got so many different machines of all shapes and sizes out on the market today: who’s to say you wouldn’t find a Nokia 2520 tablet more appealing than the Surface 2, what with its 4G LTE and colorful casings?

The pricing on the Surface Pro 2 is also a bit of an issue – especially in this pack of tablets. If you’re looking for a workhorse, but only have these four machines to choose from, the Surface Pro 2 is probably your winner – but outside this group, there’s a massive collection of better choices you could make without focusing on needing a tablet.

The Google Nexus 7 is obviously a choice you’re going to be wanting to make if you want the least expensive solution – but don’t mistake “inexpensive” for “cheap”. The Nexus 7 lineup is the only tablet to get anywhere near Apple’s iPad market share over the past several years (not especially close, but still), and it’s certainly not because the tablets are simply cheap. They’re the best experience you’re going to have anywhere near this price point on an Android device – and they’ve got software support straight from Google to boot. 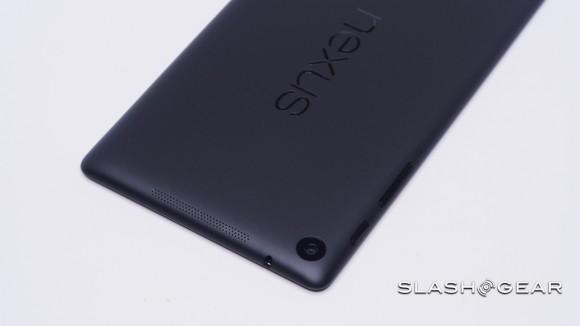 Then there’s the iPad Air. This machine takes the finer points of the 4th generation iPad and the iPad mini and puts them together for a device that’s got the same display size but a far smaller body. The body is still made of aluminum and glass, and it comes off as a refined piece of craftsmanship. Comparing the industrial design of the iPad to that of the Surface family is like comparing a lunch tray to a fine timepiece – they’re simply cut from a different cloth. 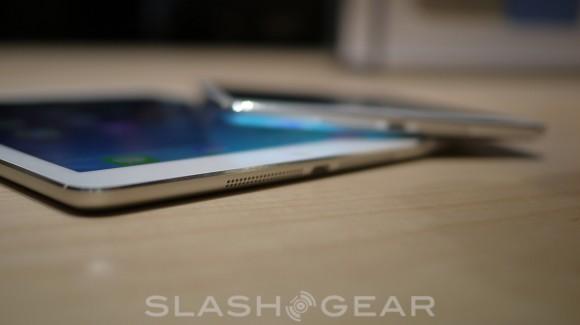 Considering everything discussed above, it all comes down to intent – of course. Given Apple’s track record and their ever-expanding collection of free high-quality apps right out of the box, we’re going to go ahead and bet that the iPad Air will be the best selling device of the whole lot. Next you’ll find the ASUS-made Google Nexus 7 selling units at speed, and finally Microsoft with slightly less-than-stellar market results with either Surface machine.