Ford plans to nearly double its investment in electric vehicles through 2025, committing at least $22 billion as it adds models like the Mustang Mach-E and the upcoming electric F-150 to its line-up. The news came as part of Ford’s Q4 2020 earnings announcement, and will also include an increased $7 billion investment in autonomous vehicles.

2020 sales were down for the whole year, compared to 2019, with Ford recording $36 billion in revenue and a GAAP quarterly net loss of $2.8 billion in Q4 specifically. Net income was down $1.3 billion compared to the previous year.

Still, Ford is upbeat about its prospects, particularly as some of the most eagerly awaited models it has produced in recent years only began deliveries toward the end of last year. That included the Mustang Mach-E, the first crossover to bear the Mustang nameplate, and indeed the first production Mustang to be all-electric. Ford also began deliveries of the Bronco Sport and the new 2021 F-150, which are “all expected to be significant contributors to 2021 results,” the automaker says.

Looking ahead, Ford president and CEO Jim Farley said that insisted that the company is “all in and will not cede ground to anyone” on connected electric vehicles. The target investment between now and 2025 for EVs has been raised to at least $22 billion. That will go beyond just the Mustang Mach-E, and include the the E-Transit electric van in late 2021, and the all-electric F-150 scheduled for mid-2022.

“We are accelerating all our plans – breaking constraints, increasing battery capacity, improving costs and getting more electric vehicles into our product cycle plan,” Farley said. “People are responding to what Ford is doing today, not someday.” 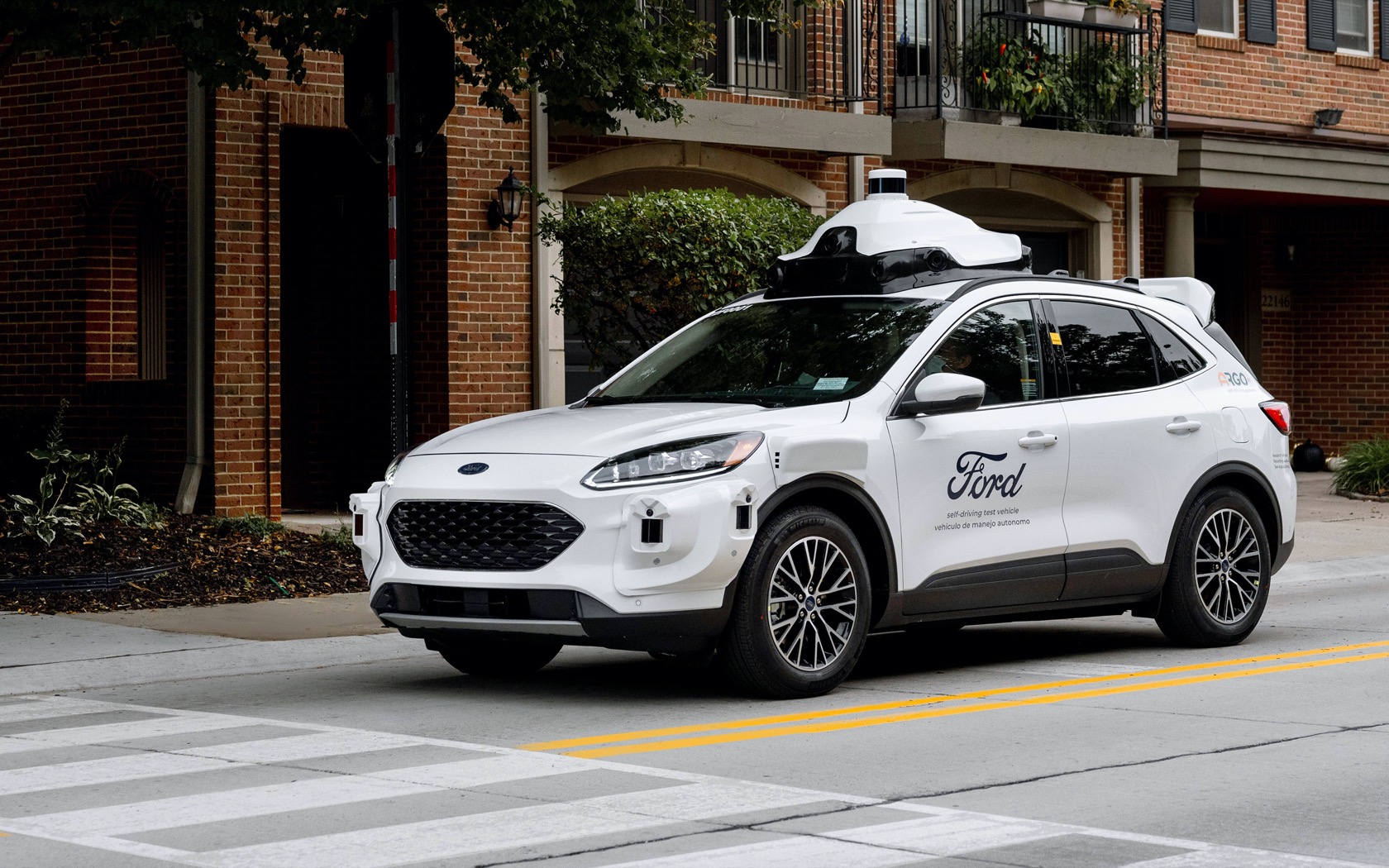 There’ll also be Lincoln and Transit commercial EVs, with Ford promising “a variety of body styles and customized interiors” for its vans. Ford is also an investor in Rivian, with the two companies planning a future Ford family vehicle based on Rivian’s electric skateboard platform.

Ford announced a deal with Google earlier this week, with a roadmap for switching its dashboard software over to Android Automotive OS. It’ll also use Google’s cloud services as its preferred provider, aiming to deliver new services like more proactive servicing and even delivering things like time-sensitive trade-in deals to owners. Google and Ford will form a collaborative group, dubbed Team Upshift, to capitalize on the potential for connected vehicles.

It’s quite the turnaround for an automaker that had previously been accused of not taking electrification seriously. Ford’s transition, announced back in 2018, to focus on utility vehicles rather than passenger cars like sedans in North America was a point of concern for EV fans, despite the company saying that it had hybrid-electric options for its most popular vehicles.

As for autonomous vehicles, Ford showed off its latest prototype late in 2020. It still plans to use the technology to launch ride-hailing services, rather than sell vehicles directly to consumers.